The following capture was posted on Instagram by one of the friends of this cat owner. The vase was stuck around its head so firmly. The owner decided to break the vase. A part of the vase remains stuck around the cat’s neck. 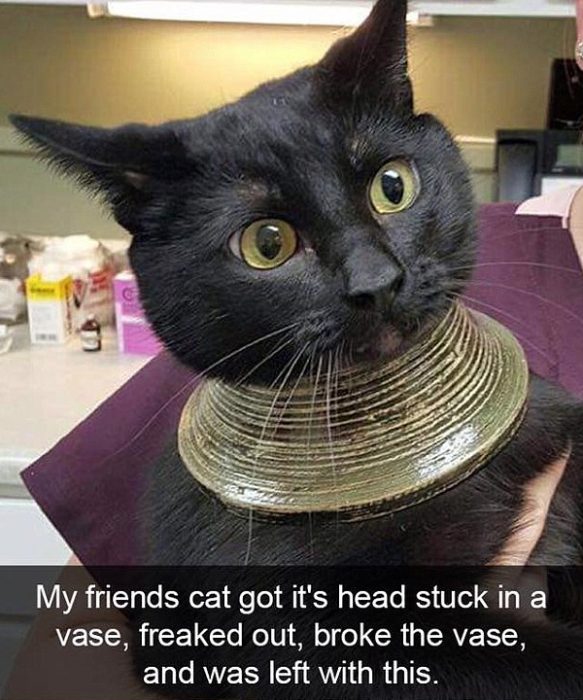 2. Kitten traps itself better than Rapunzel

This tiny little kitten is so precious. It somehow trapped itself in a huge glass vase and was not able to get out of the same. 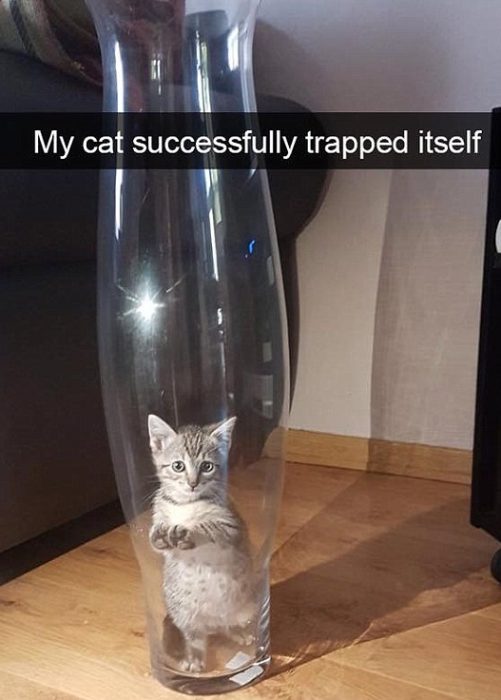 3. Unknown objects are threats until you know they are safe

The owner captures their cat’s first encounter with the watermelon. The cat’s hilarious response to it is adorably aggressive. 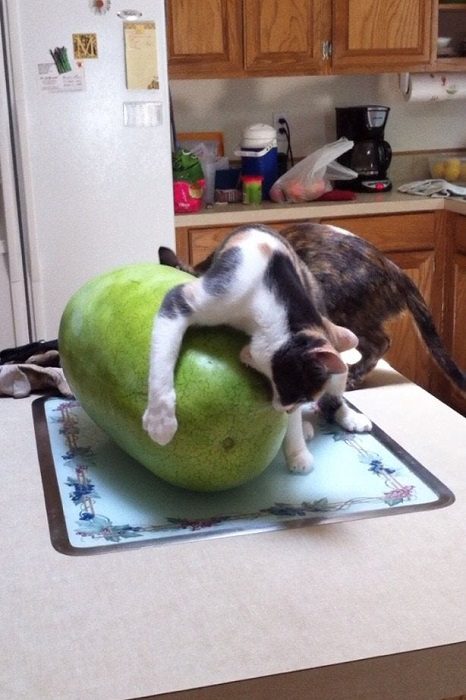 4. We all need some rest

This cat is a genius to chew itself an armrest. It seems rather relaxed after chewing the cardboard box. 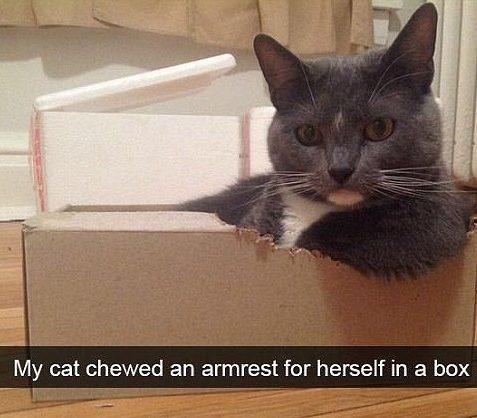 Group of cats forms a ladder to steal food from the top shelves. They were caught red-handed due to their flashy eyes. 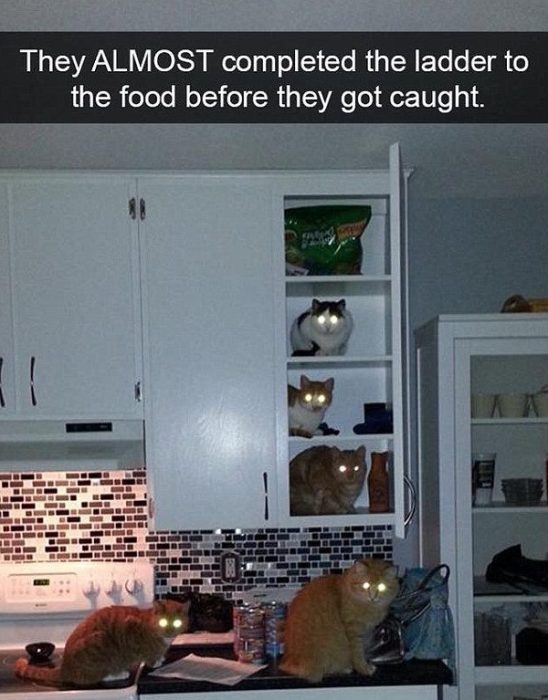 6. You better feed me hooman

This Cat owner accidentally spilled its cat’s milk. Unfortunately, they had no replacement for their cat. 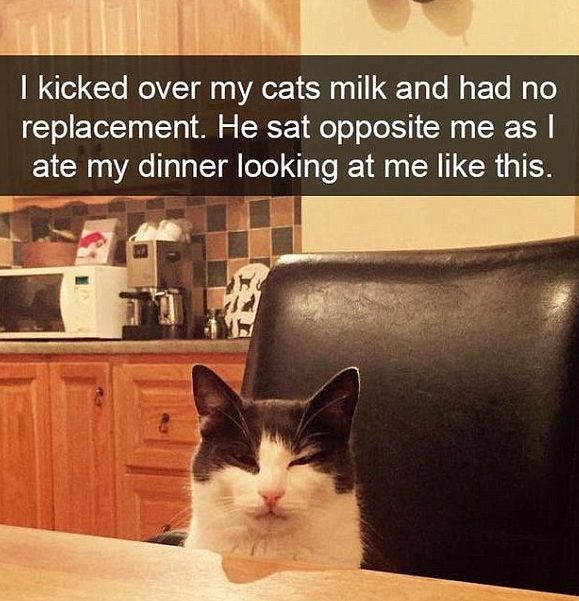 7. When you’re as dark as your humour

This Pet owner thought that his rug had eyes. But it was just his cat looking at him with those sparkly eyes. 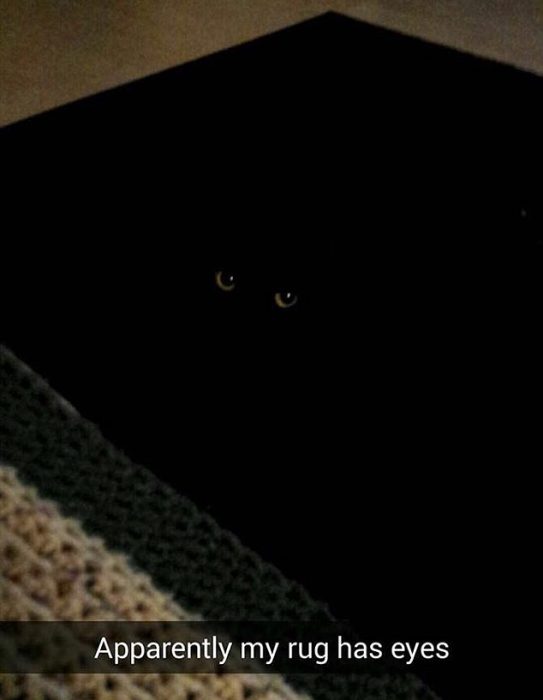 8. Your cat approves you as an artist, that’s enough!

This pet kept looking at this fish-bowl drawing its owner hanged. It was waiting for the fish to move. 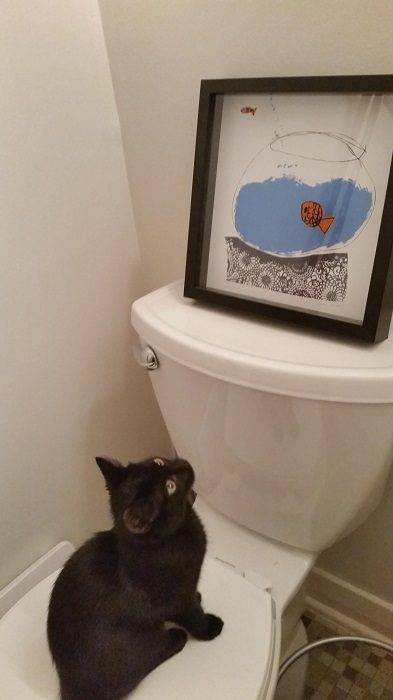 When you’re stuck there is nothing better than to just fall asleep, like this cat posing weirdly as it sleeps. 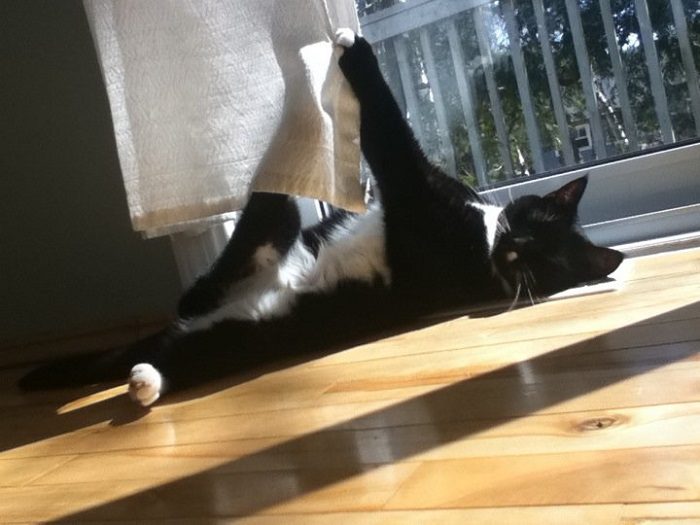 10. Larry yet gain fixing his fur

This is Larry, the cat as its owner says is a mess around tapes. His head is stuck n tape once again. Are you trying to fix your hair Larry? Sooner or later its owners will have to get rid of all the tapes, as Larry will never learn. 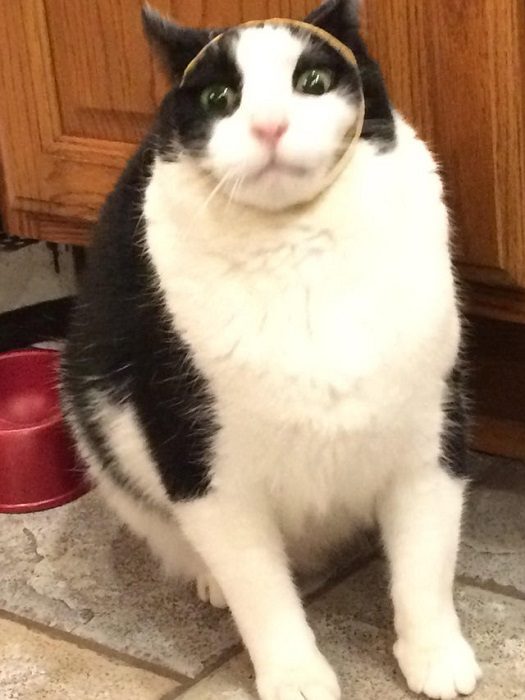 This Painter Is Going Viral For Using Thick Strokes To Create...