We have all been fond of Disney characters since our childhood. In fact, most of us had a favorite character from Disney Comics. For girls, the Disney princesses used to be their favorite characters. Yet, they could hardly relate to those princesses in real life. In fact, girls did have a penchant to experience a more realistic portrayal of their favorite Disney princesses in real life. Now, an artist – Adhika Muksin – has answered their prayers. He has edited some of the famous Disney princesses and tried to bring them down from their lofty heights to the ground so that their followers can relate to them more easily. Yet, the new depiction of the princesses is so radical that it has changed the way girls used to think of Disney characters, especially princesses. Let us see. 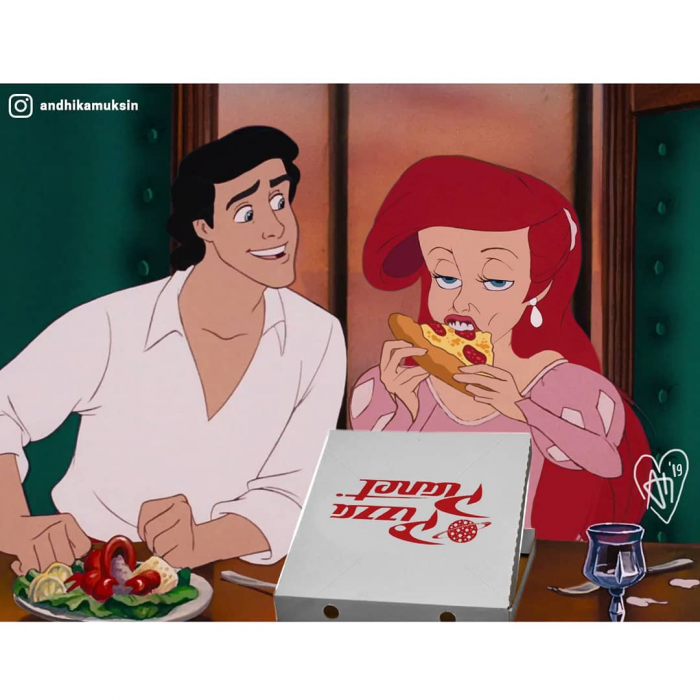 Disney princess feasting on pizza is a popular transformation for most girlies since their favorite character gorging on their favorite food is a dream come true. 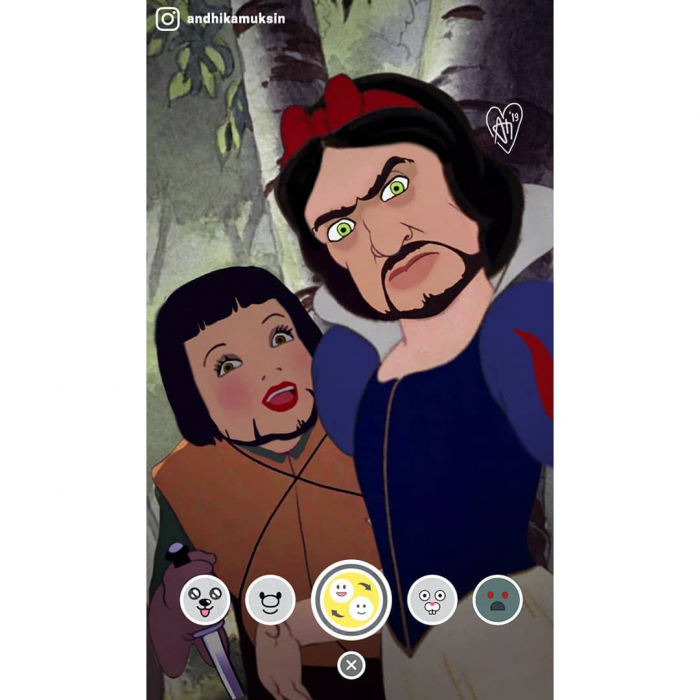 Princess taking a selfie with the prince and sending it with emoticons can really help girls relate those princesses with their present-day affairs. 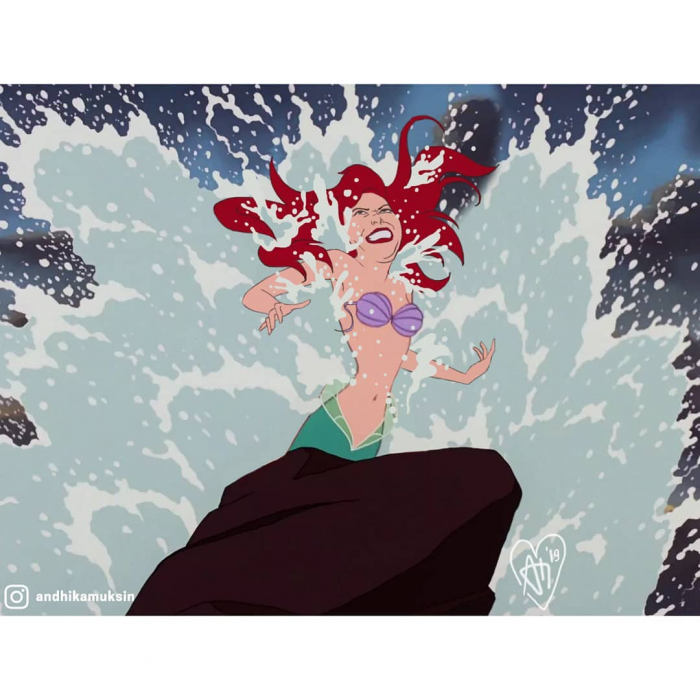 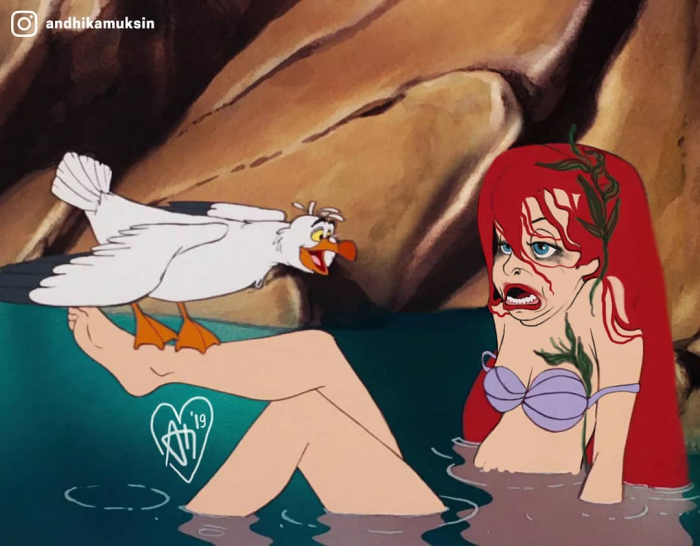 Ariel’s beauty is marred by water she swells in makes more sense. 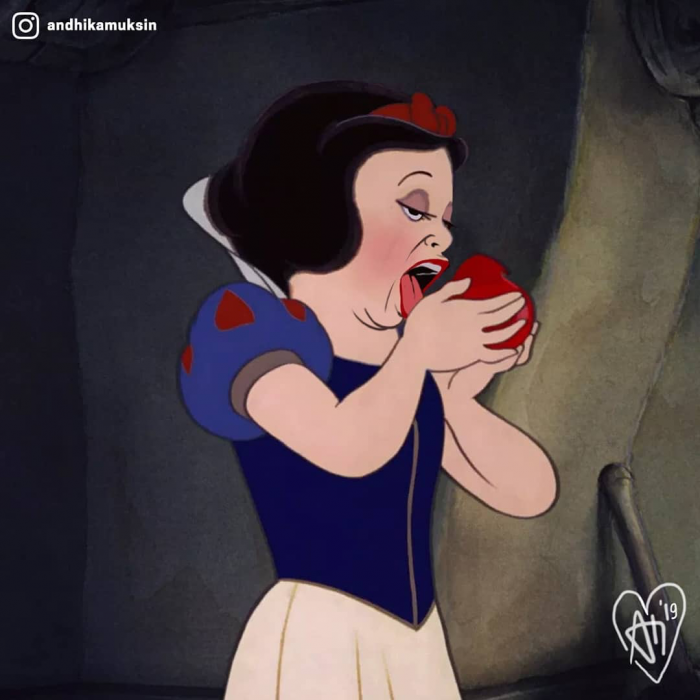 Eating un-sophisticatedly is right and that is what has been shown by the artist. 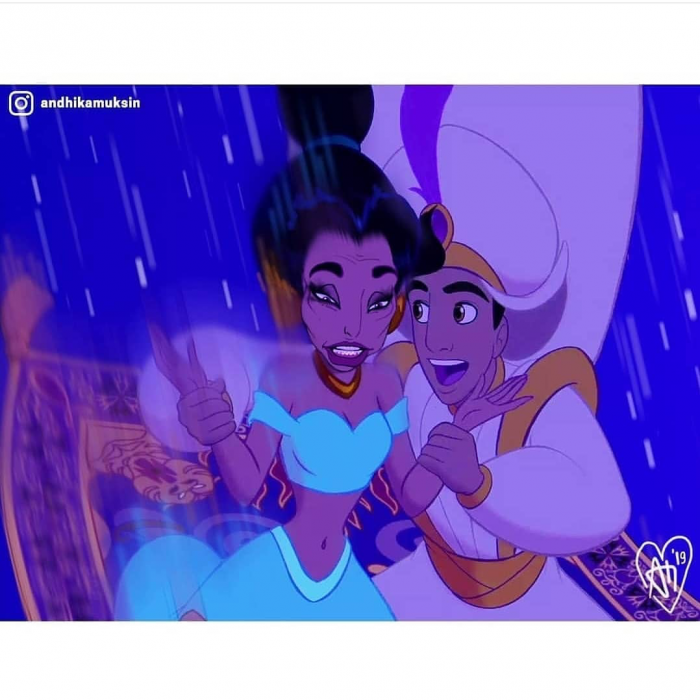 Flying through air have its downsides as well and that’s what’s depicted here. 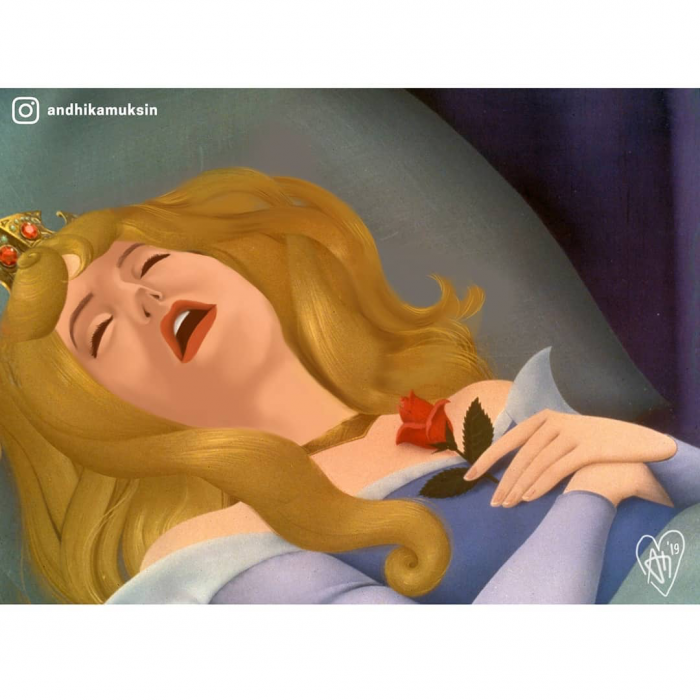 Disney gave us some unrealistic standards – these illustrations make much more sense. 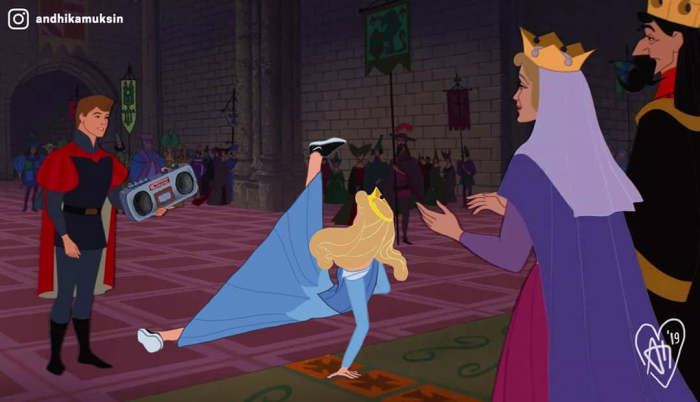 Princesses can indeed be realistic and have a hilarious fall on the hallway much like a real woman. 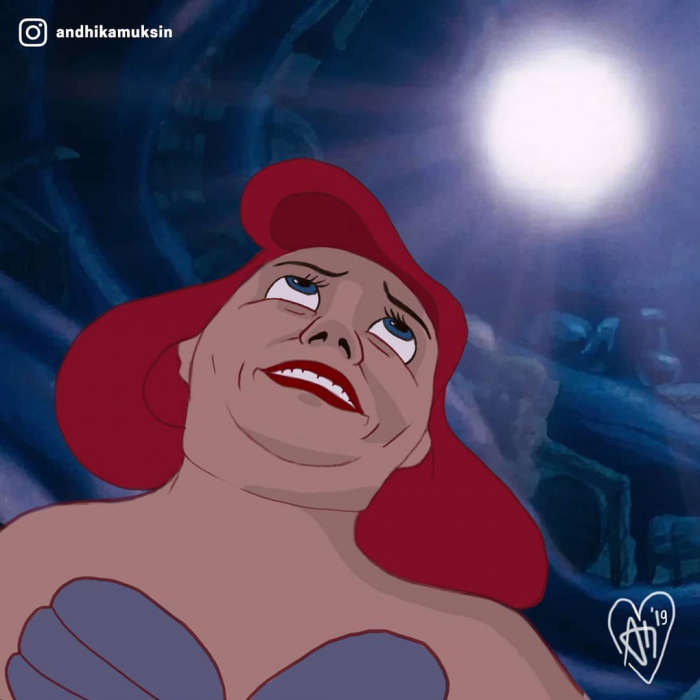 Princesses must not always be beautiful like real life women as depicted by this one. 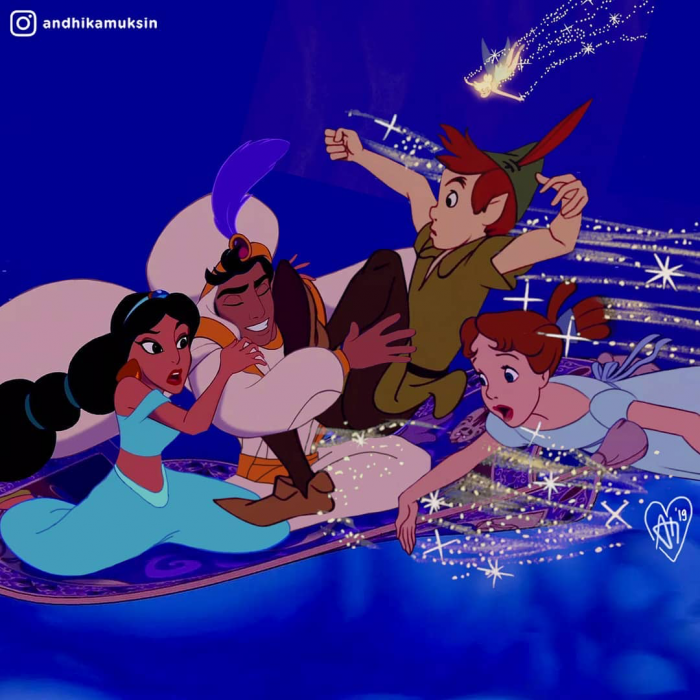 The merger of Disney universe. 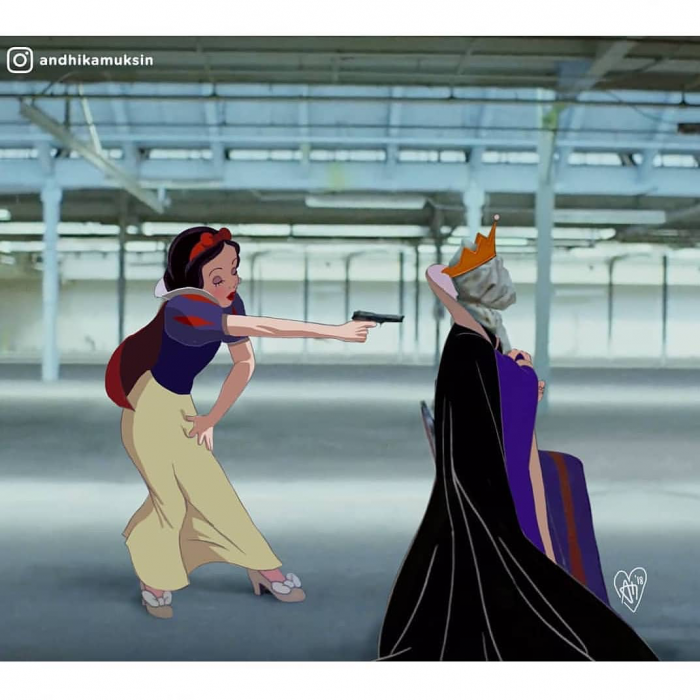 Who said princess can’t protect themselves? Just hand them over a gun damn! 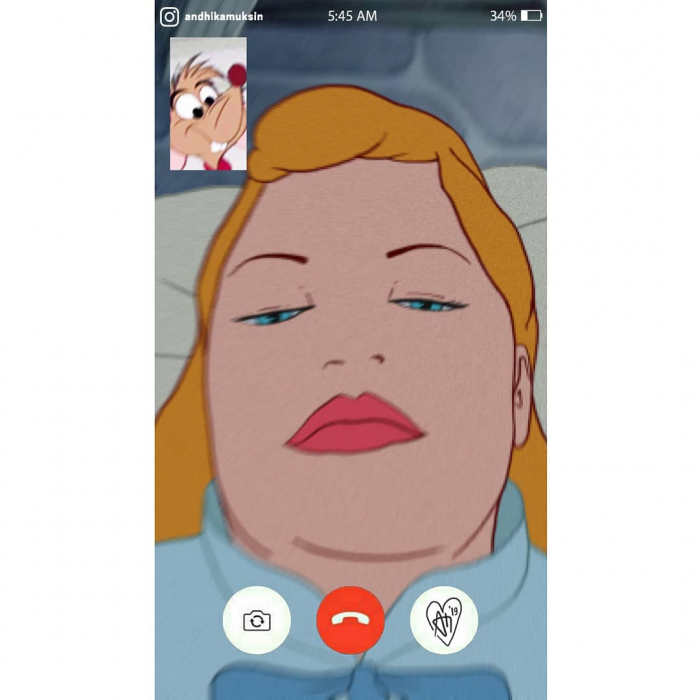 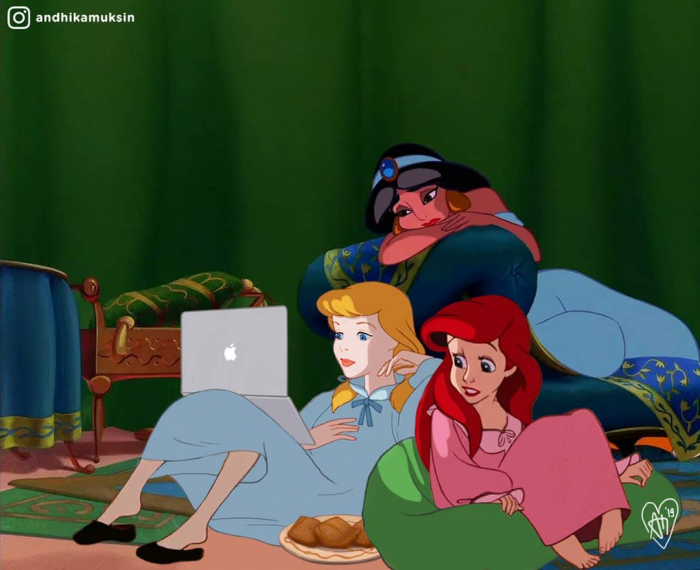 Princesses enjoying a movie on laptop and having a brunch 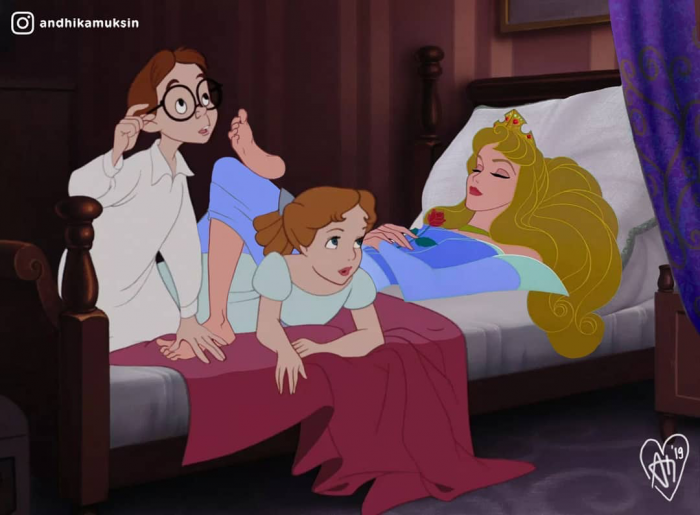 Or just chilling around

Funny Illustrations That Shows How Differently Men And Women Are Wired