Sarcasm.co
Home Art & Design Comics Showing What Love Looks Like Before and After 30

Love is something that doesn’t age and doesn’t get old. It’s always fresh as new in any situations, what changes is feelings and the way people show them. That’s what many people don’t understand, is everything changes and evolves with time. The way teenagers depict love and care is way more different than an idea of something a person might have when he’s 30. An artist makes some really touching and cute comics about how love looks like before and after 30 and these are really good illustrations in themselves.

Below are some of these comics that will win your hearts:

Talking on the phones used to be so good before 30. 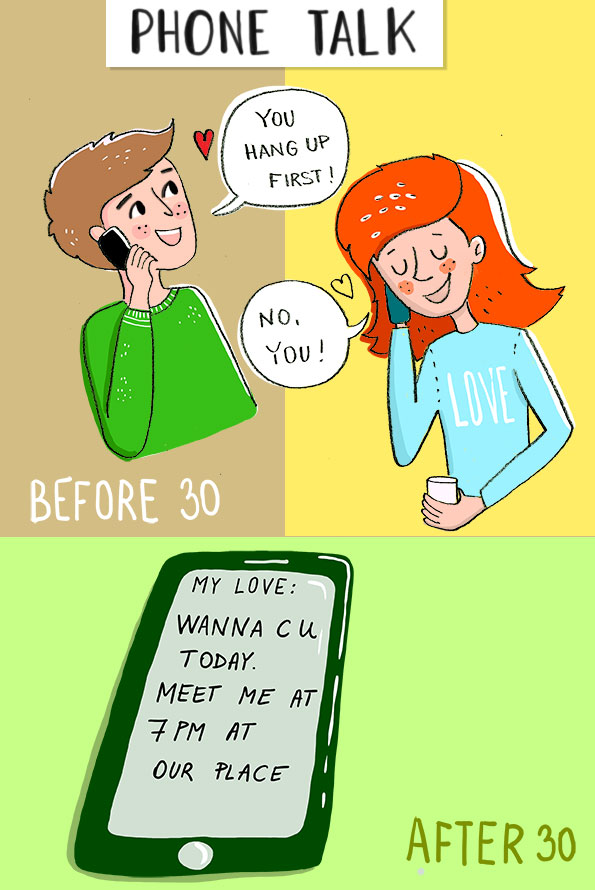 After 30 you don’t have enough time for calls and understand the concept of space, and so you meet them. 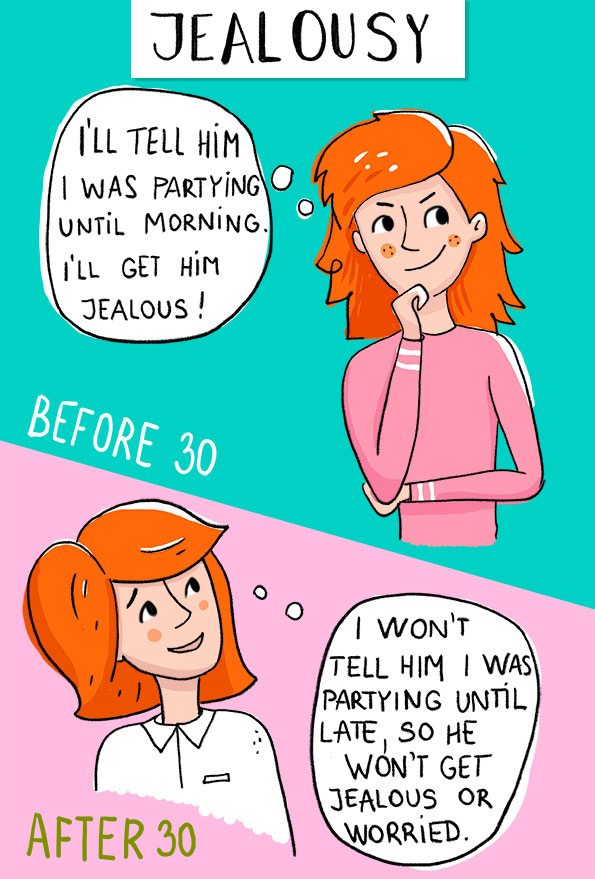 Modern relationships are mostly jealous partners ending up together, it’s not a surprise.

Declaring your feelings was easier back then. 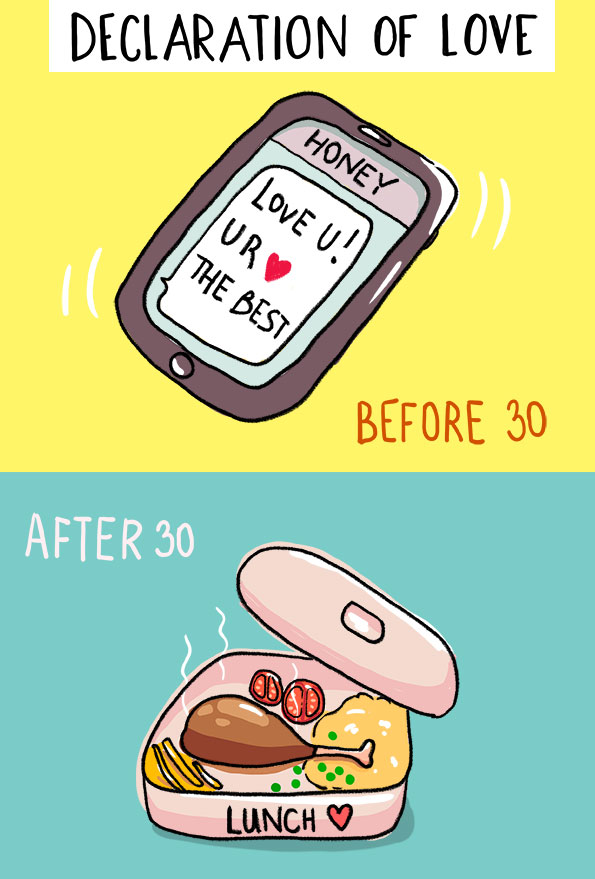 When you say the words for a long time, it’s not the declaration that counts, it’s the effort. 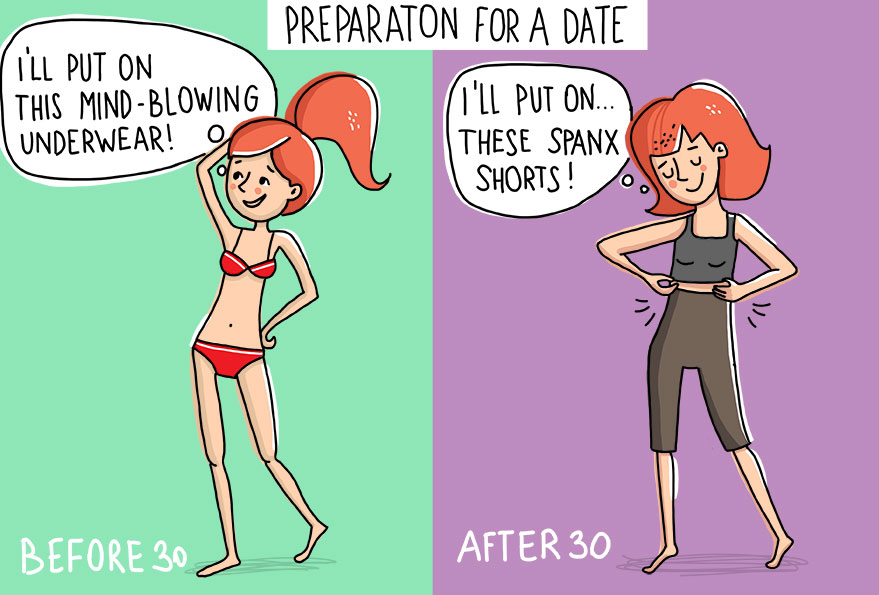 When you’re 30, your dates don’t usually have desserts after food, it’s just natural. 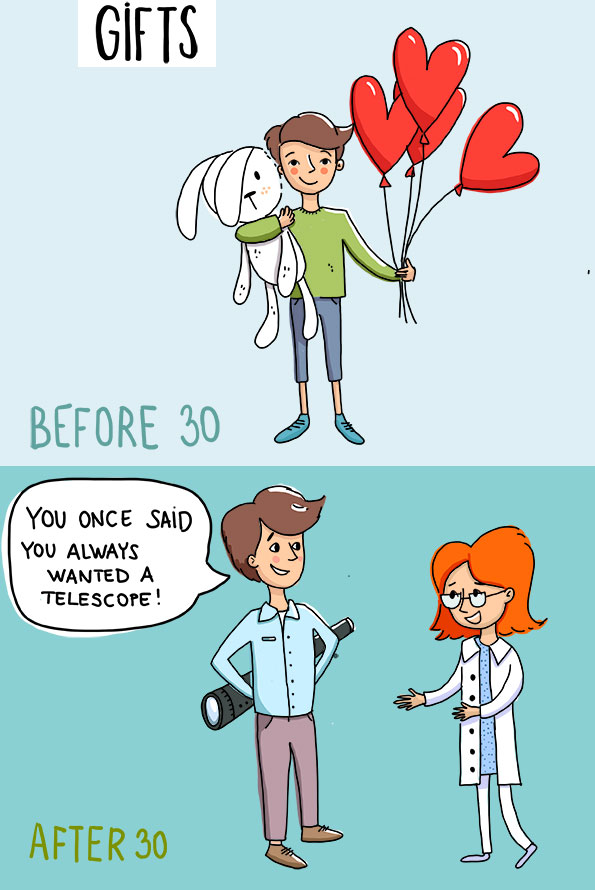 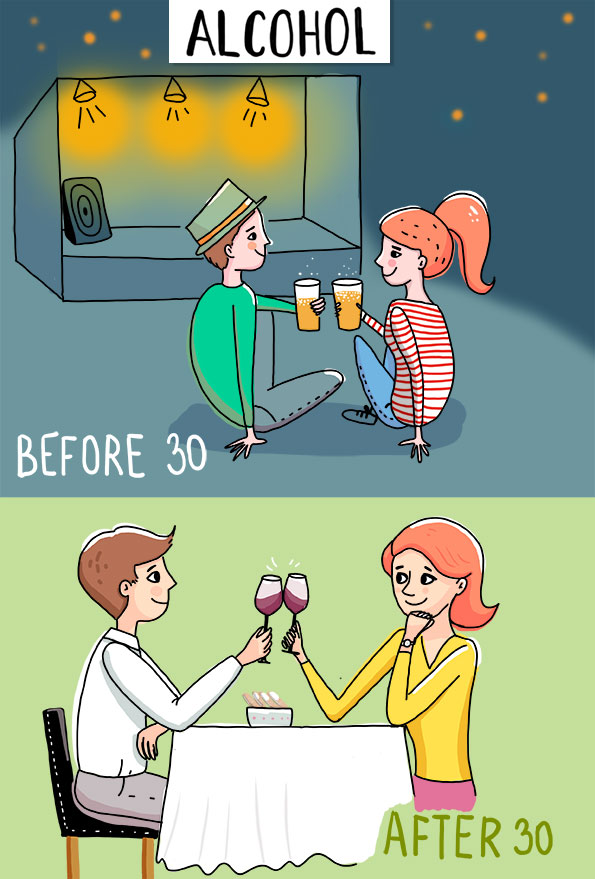 When you get money, you’re at a restaurant enjoying every sip, while when you’re young, you just wanna drink until you puke.

Things you get attracted to. 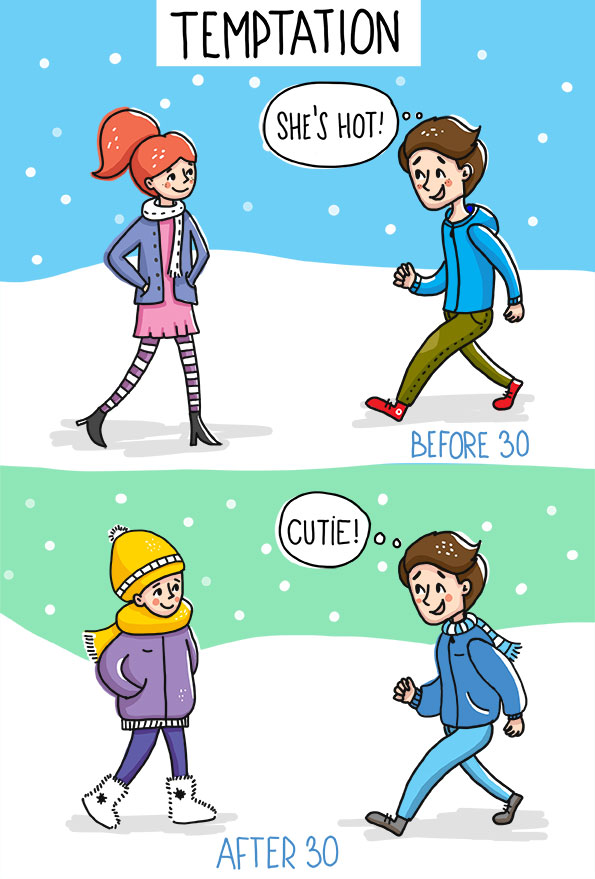 It’s really mature at that point.

Things can get really messy. 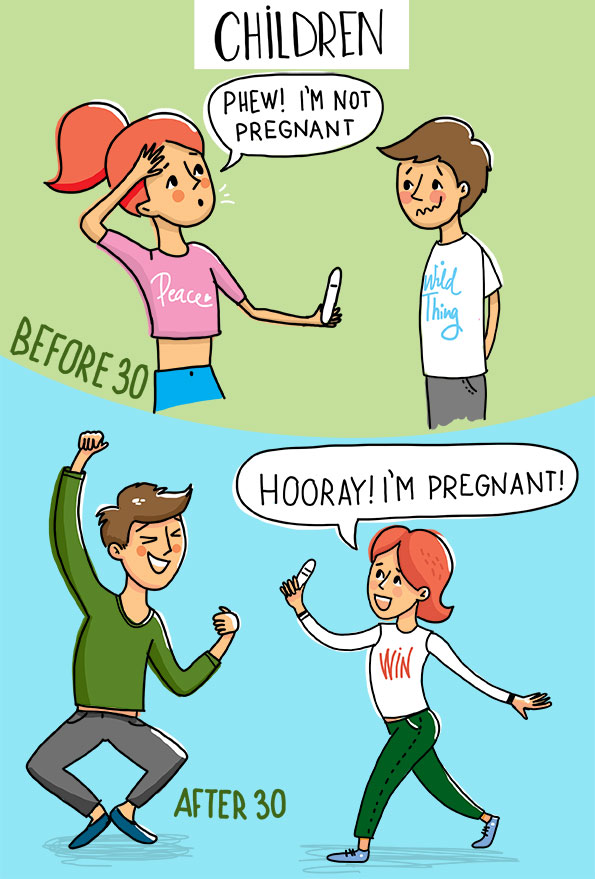 But after 30, you want that joy in your life and it’s so breathtaking. 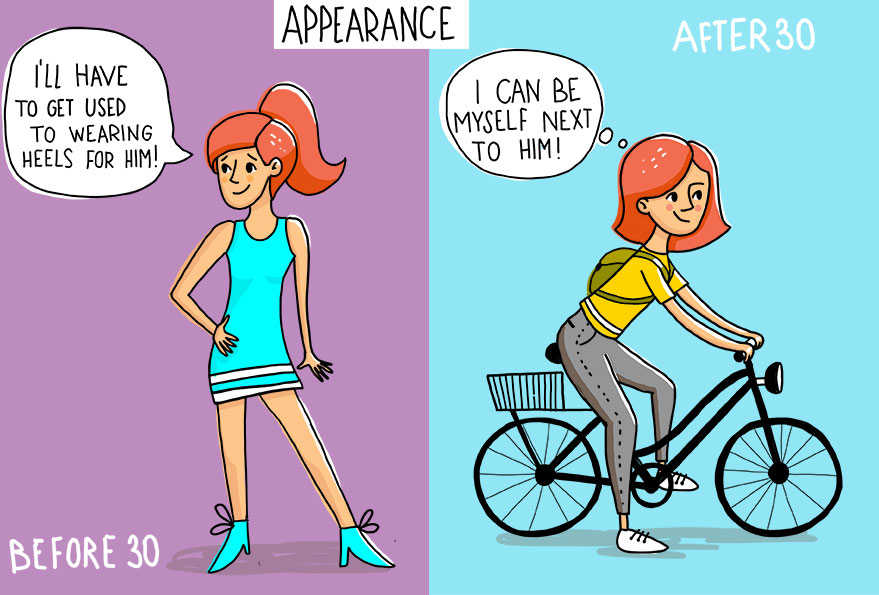 People get comfortable with each other over a long time.

When you have dreams and want them to be true. 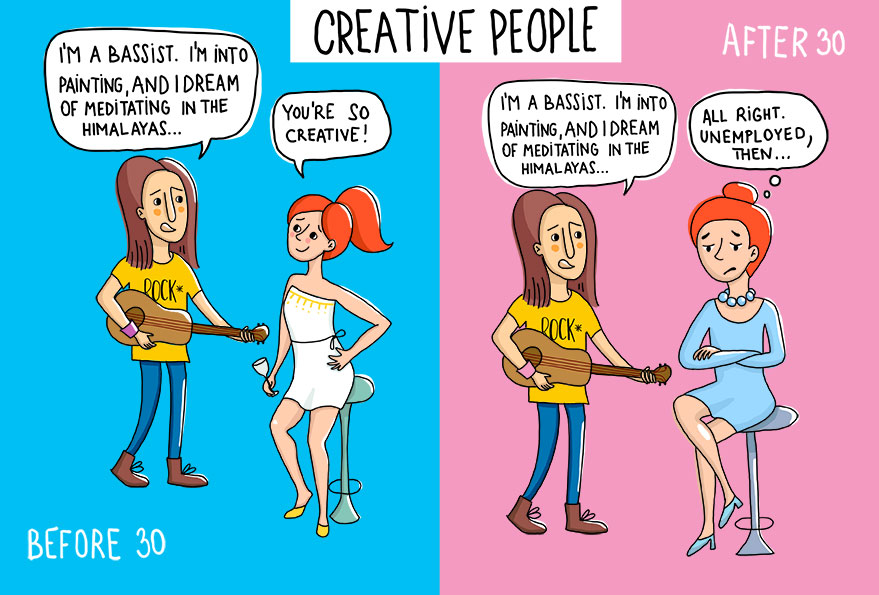 Reality hits harder than you think. 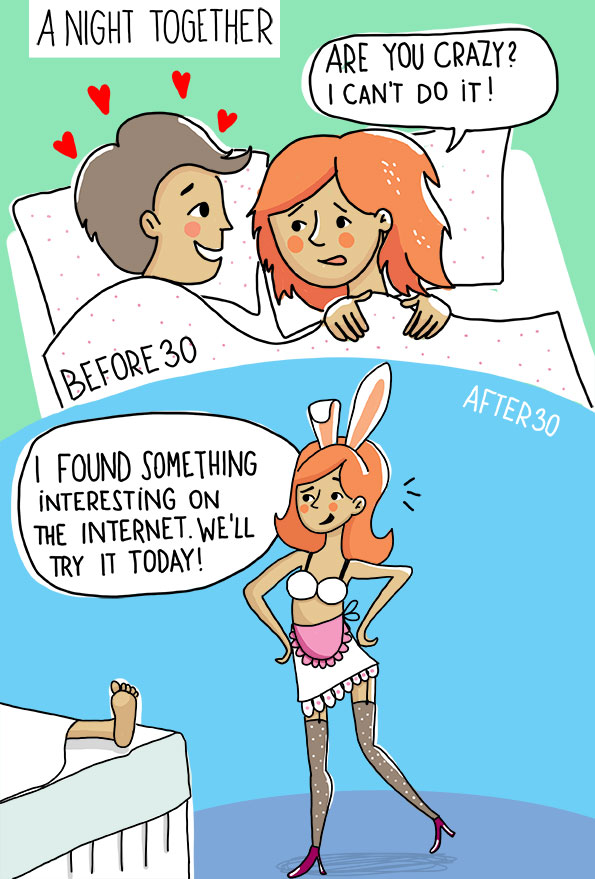 People just spice up their relationships and don’t get shy with kinks at a mature age.

Texting used to be so cute, waking up to good morning messages was even better. 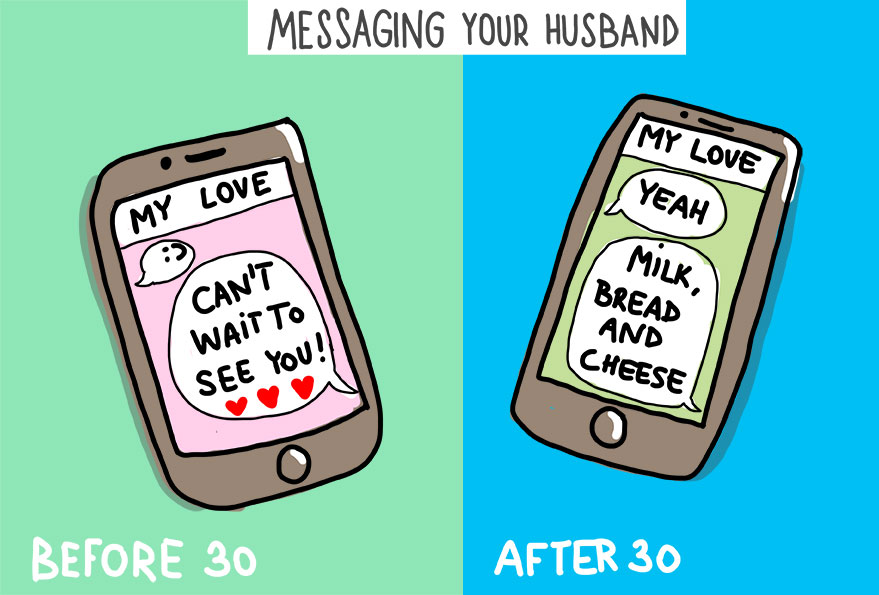 These Stunning Pictures Will Show You A different Side Of The...

Funny And Relatable Comics That Depict The Struggle Of Dog Owners