In any relationship, fights and arguments are bound to happen as if it were written in the holy texts. It’s evident that couples fight on various things. But it’s important to keep those issues aside and speak about the things that actually matter. Fighting over something that makes sense is absolutely fine, and that can be negotiated and a common conclusion can be drawn. But the main point is avoiding drama and fights over useless things and reserve energy for the words that can actually impact your life very positively. But you know, it’s easier said than done. Lately, people started giving the world a glimpse of the things their significant others have fought with them about, hilariously making fun, when most of the people would have kept quiet.

Read More: 20 Terrible Reasons Why Couples Fought During The Holidays!

#StupidThingsCouplesFightAbout is a hashtag used on Twitter, where people express how their significant others had to fight with them for quite nonsense. For a roll of toilet paper to deciding who gets a particular side of the bed to sleep on.

1.Who gets pissed off for anything you did in a dream?

2.This is absolutely lame. Folks do you agree?

3.We are just praying this doesn’t happen to us. 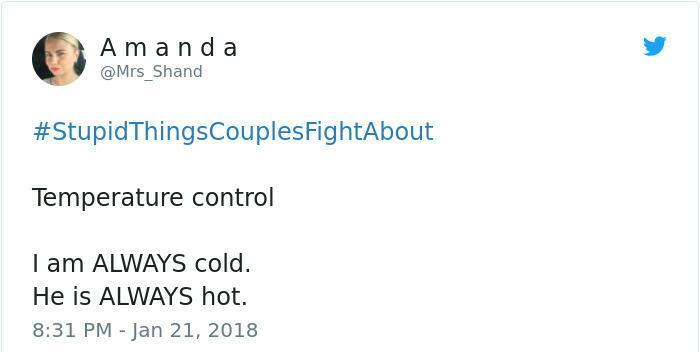 4.Not difficult at all is it? 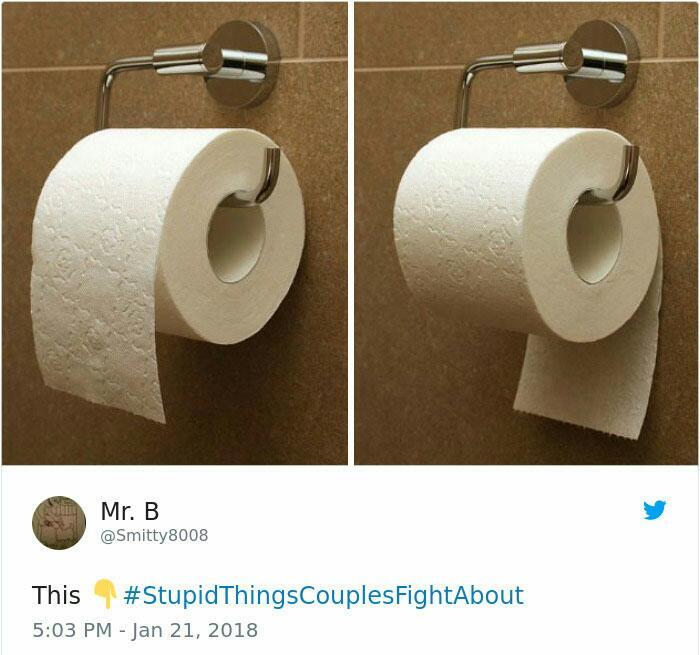 6.Wish we could turn back time.

7.Guess she will be more specific about it for the next time. 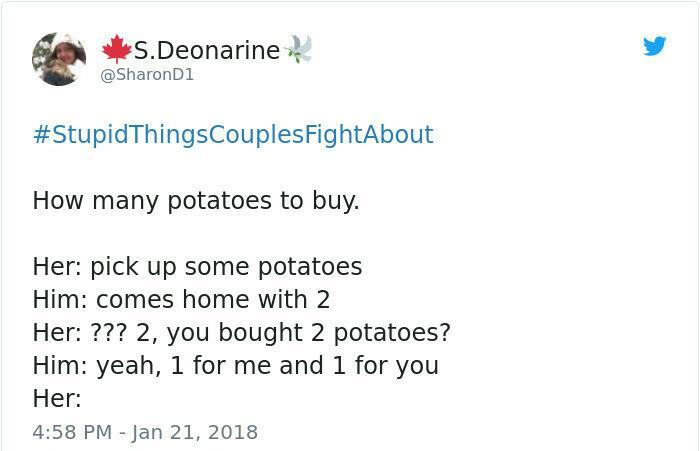 8.Okay, it’s not necessary for couples to watch everything together.

9.Oh God, this is the biggest problem of committed guys.

10.Trust us, this is literally annoying but not to fight about. 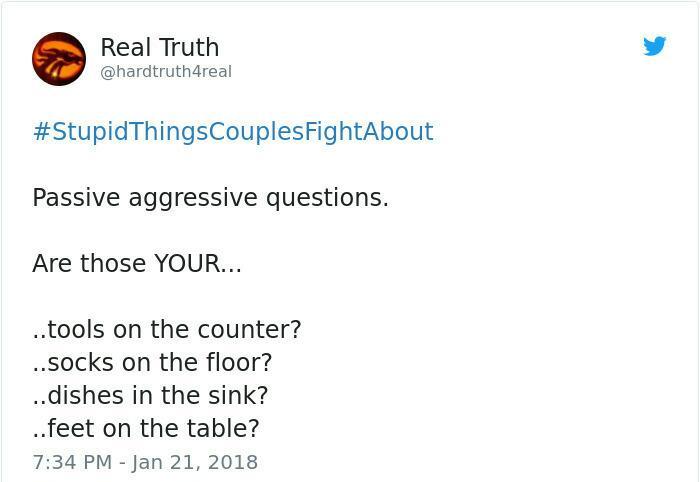 11.Alright, this is fine, but nothing to fight about.

12.Who fights over that?

13.If you can’t decide what to eat, how do you decide to break up? 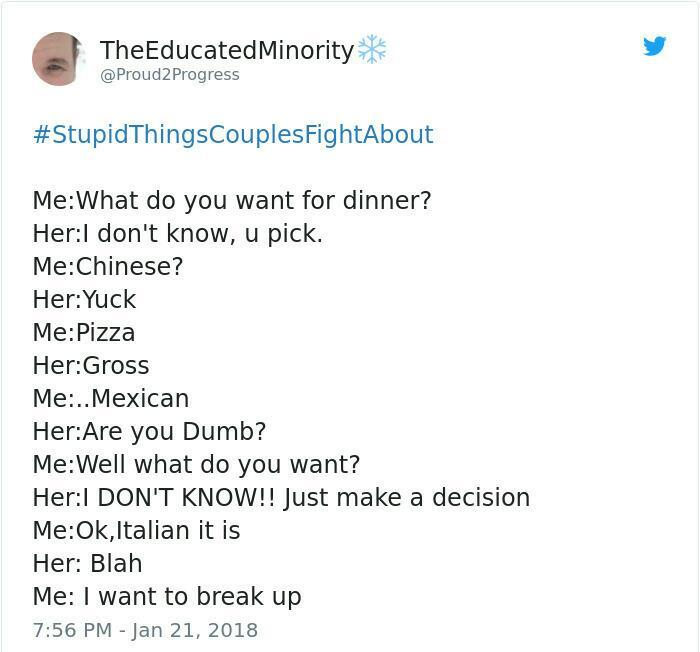 14.Oh God, this is totally hilarious!

15.This is what we all deal with but we don’t actually complain or fight! 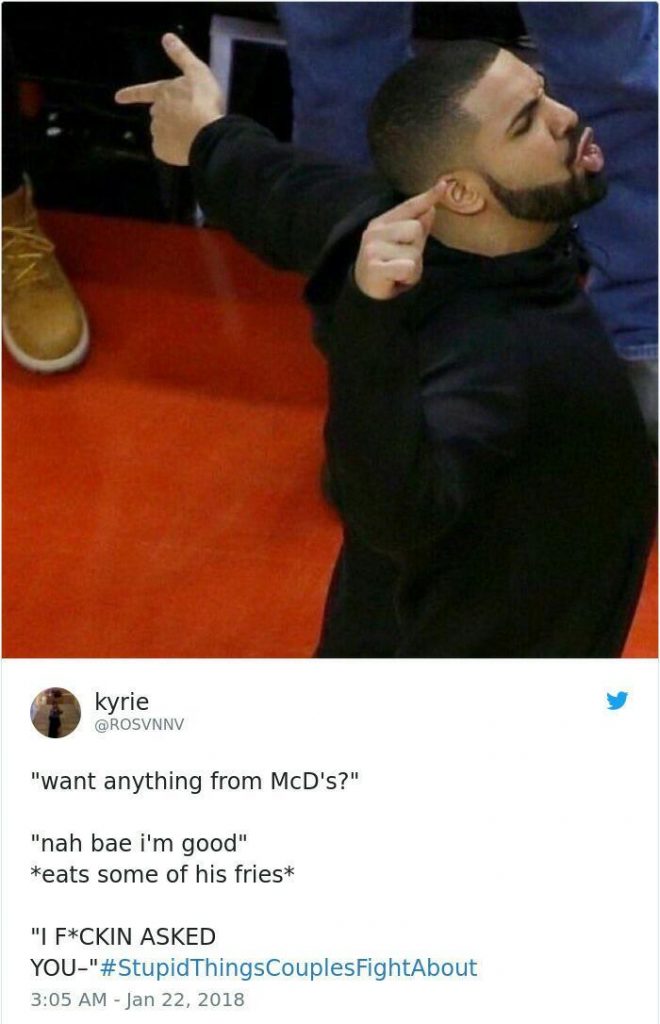 16.Because it’s not a reason to fight for.

17.That’s a ridiculous thing to do.

18.And this causes a fight? *Slow claps*

20.This is completely making us laugh.

As we’ve just seen, there are also numerous reasons that are completely senseless but people fight over them. This makes us reconsider coming into a long time relationship, that will retard the stress out of us and make us feel very negative.

15 Marriage Proposal Rejections And What Went Down Next

These Are The Things That Makes Asia Special From Other Parts...