Steve Irwin has been the best wildlife conservationist, he had dedicated his life studying and protecting the wild. Our famous “Crocodile Hunter” passed away in a tragic incident in 2006 when a fatal sting by a stingray had caused his tragic death. The whole world mourned at the tragic loss for his family. He was an inspiration to us all, now 15 years later, Steve Irwin’s son is winning our hearts with his brave and yet gentle nature with the deadliest animals proving that the apple truly doesn’t fall far from the tree.

Steve Irwin’s son Robert Irwin is definitely living his life by the saying, “Like Father, Like Son.”

Robert Irwin is only 15-years-old and is already a renowned wildlife enthusiast. He is definitely following his father’s footsteps and is trying to do his part in saving the nature’s wonders. Deadly or not, he is out there to help them all. 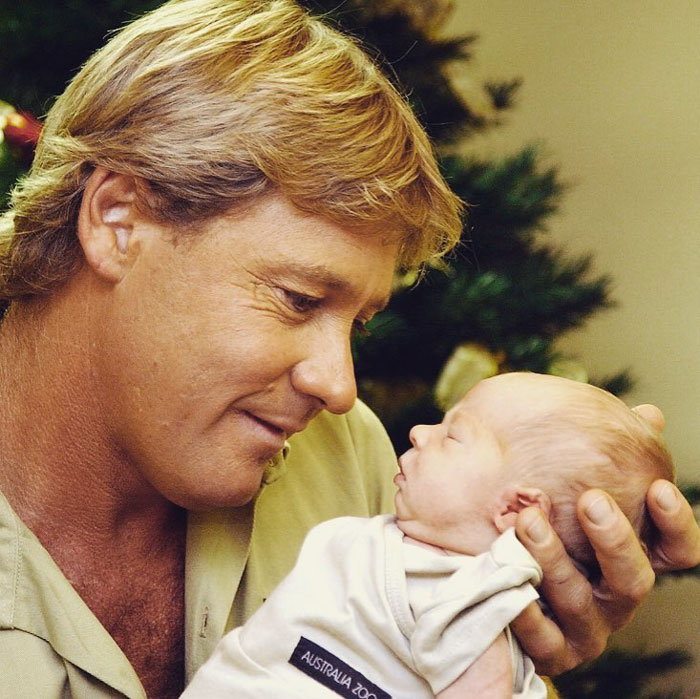 He is just as passionate and one of the bravest young man like his father to have such astonishing dedication towards his work. He works with his mother Terri and sister Bindi at an Australian zoo. 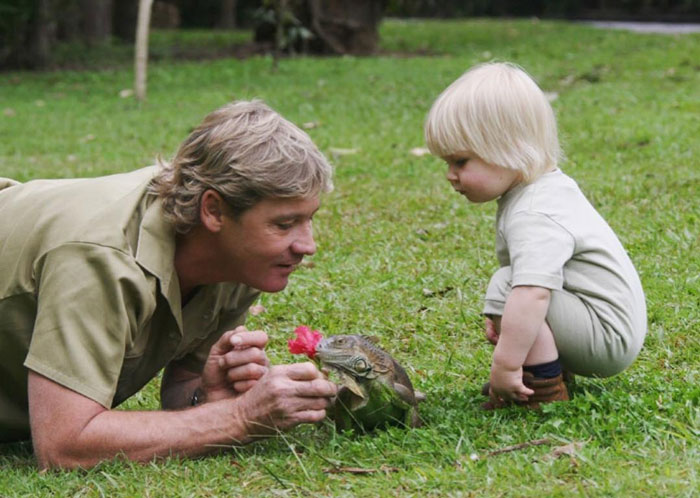 Robert Irwin is already a wildlife expert and a television personality, his work is his passion and he never lets anything get in the way of that. 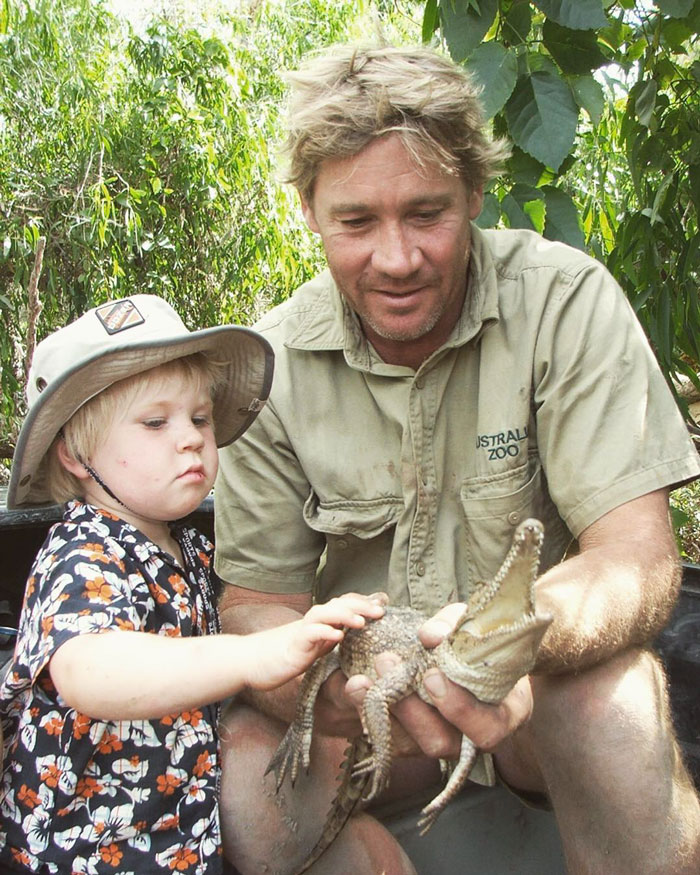 This time Robert recreated a famous photo of his father feeding a crocodile named Murray at the Australian Zoo. And, no sooner did he upload the post and it went viral. 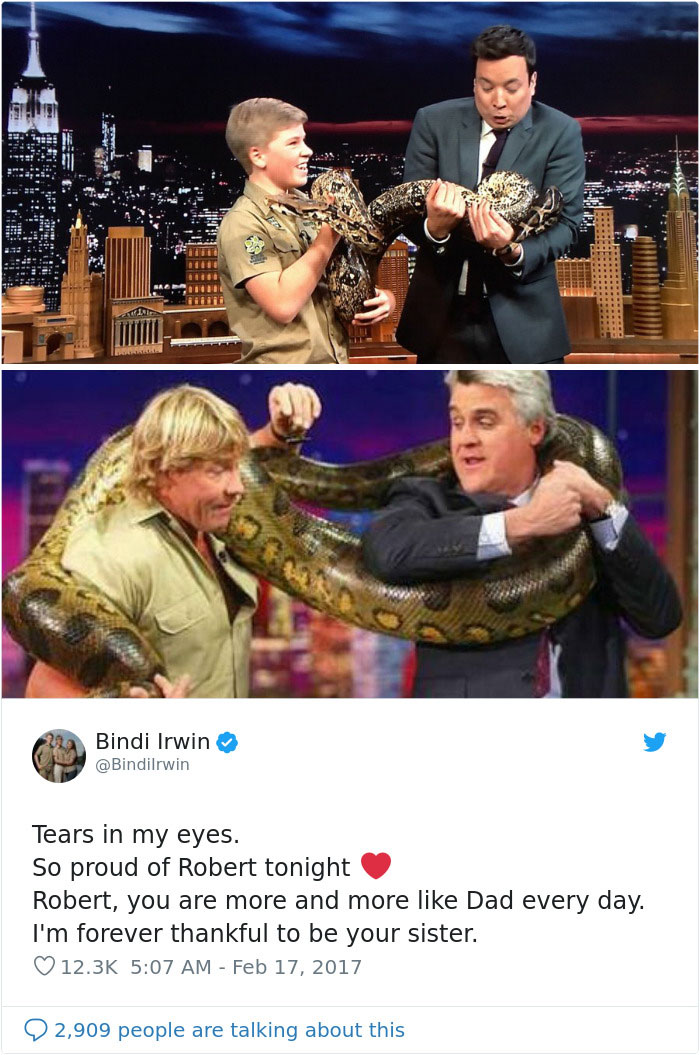 Here are some of the other photos of Robert Irwin that will remind you that he truly is his father’s son.

1. What more proof do you need to know that Steve Irwin is still alive as his son Robert, we are so proud of you Robert! 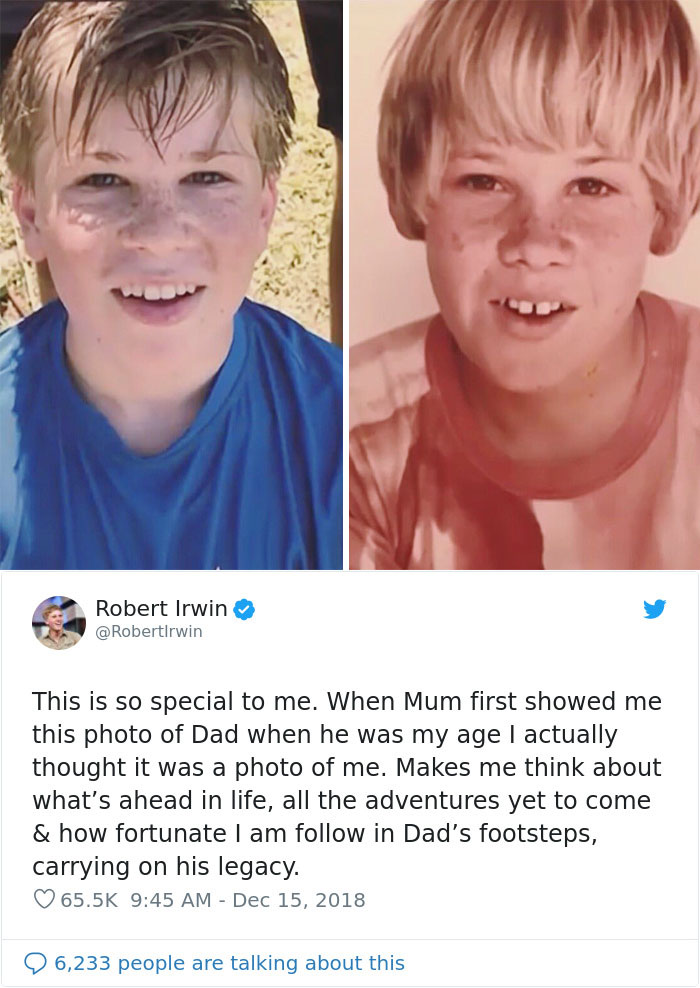 2. The same photo with the same old guy, the only difference is son in place of his father. 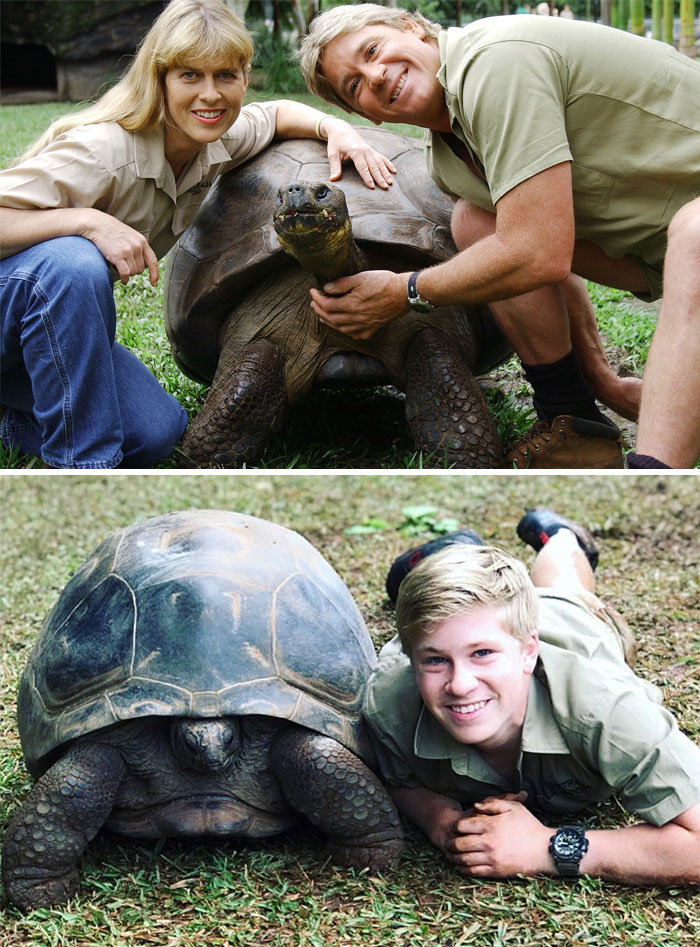 3. Kids his age would be scared to death even if they spot a snake five feet away, and his literally cuddling him! 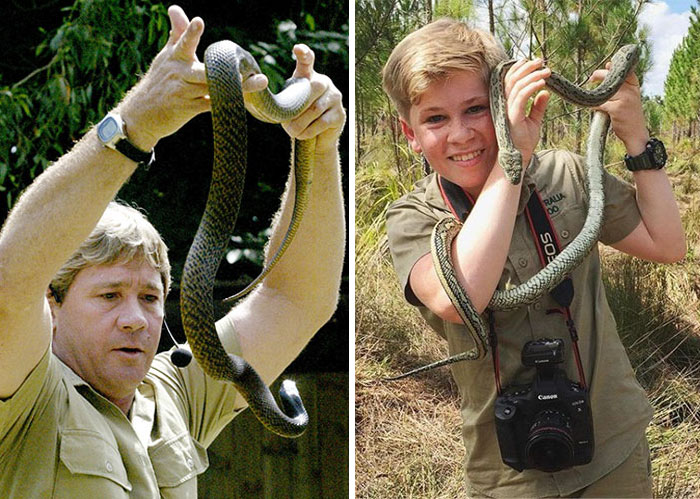 4. Robert is definitely making his father proud and is on his way to becoming the next “Crocodile Hunter” 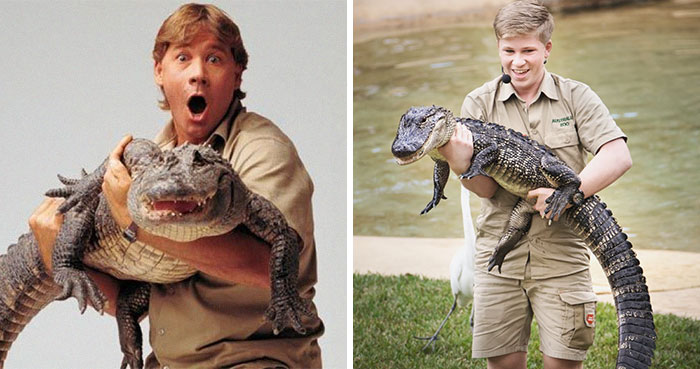 5. Who knew that time would fly away like it was only yesterday when this picture was taken, and look at this brave guy now! 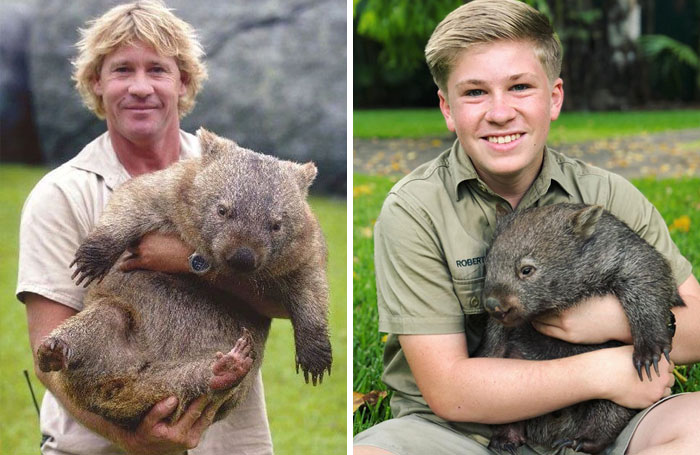 6. I’m not seeing any difference between the two, you’re definitely gonna be a great man like your father. 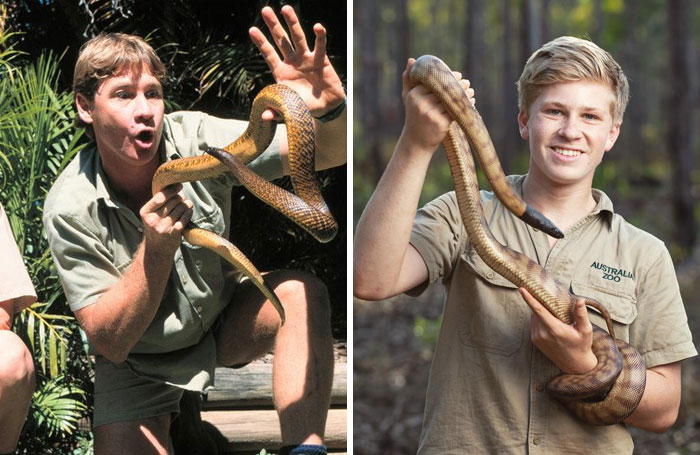 7. Cuddles are really important, and Robert surely knows that! 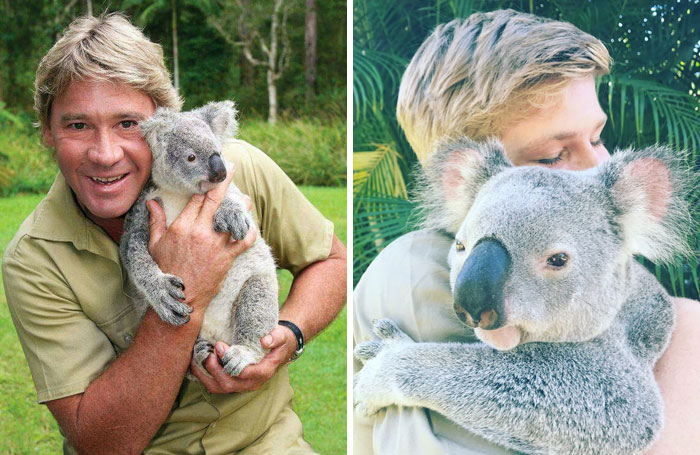 8. Not afraid of anything little guy now are you? It’s really good to see you happy and smiling as your father would! 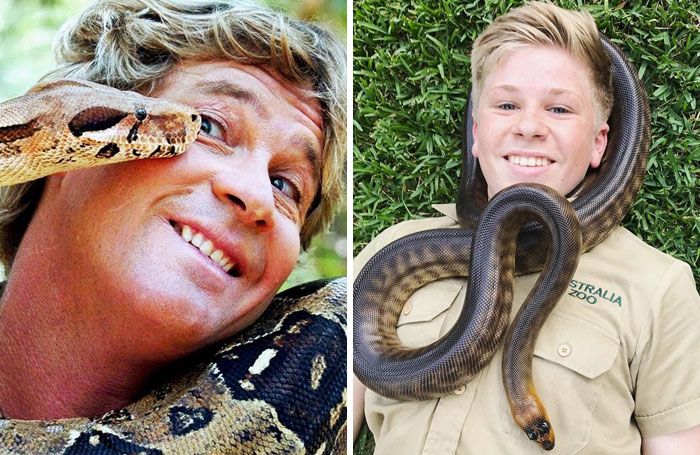 read also: Celebs Get Honest About Losing Their Post-Baby Weight.

12 Absolutely Misleading Shadows That Will Make You Look Twice At...