Finally, we can see Keanu Reeves getting the appreciation and recognition he should have already with his acting and his personality. Better late than never though, this year is the best one for him and it just gets better. He became trending recently with John Wick’s release and then came him in the E3 2019 releasing Cyberpunk which made us all crazy for the guy. Not to forget all his charities and his good attitude towards people around him. He also has an upcoming release of Toy Story 4 and not to forget, he’s the fan’s the favorite choice of X-Men after the universe ended recently. And he’s the internet’s favorite person right now, almost as if he’s the internet boyfriend!

Keanu Reeves came to know about it at an interview. 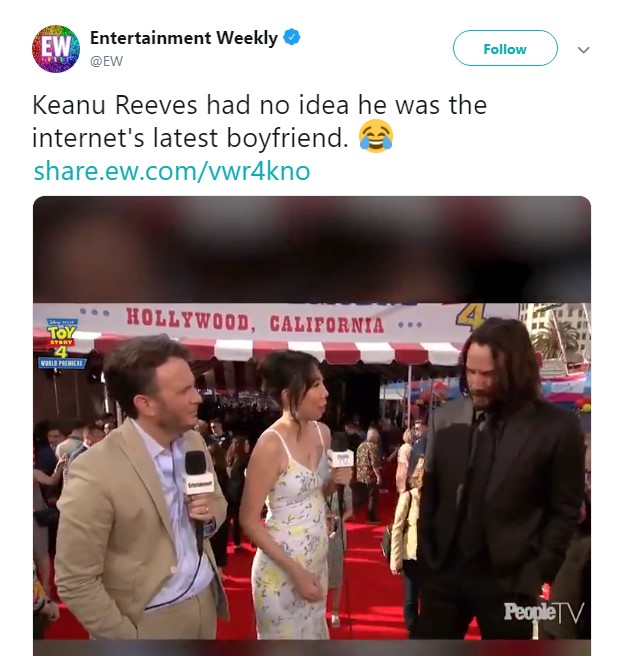 He was told he was ‘the internet boyfriend’ and he had no idea, but he was thrilled.

We’re all in love with him. 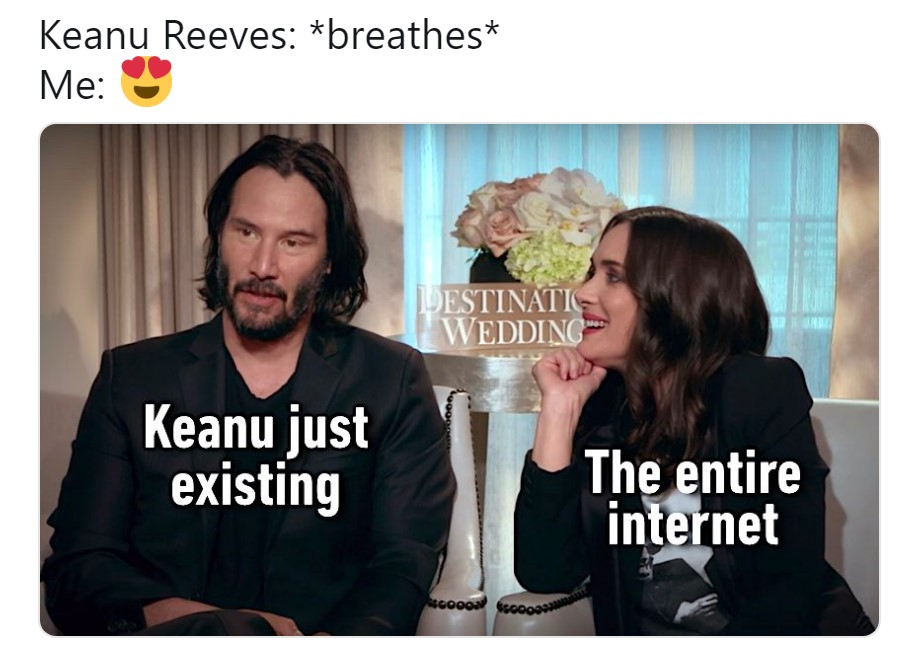 There’s no explanation as to why but we all love him and with his recent recognition for stuff he’s just nailing it. 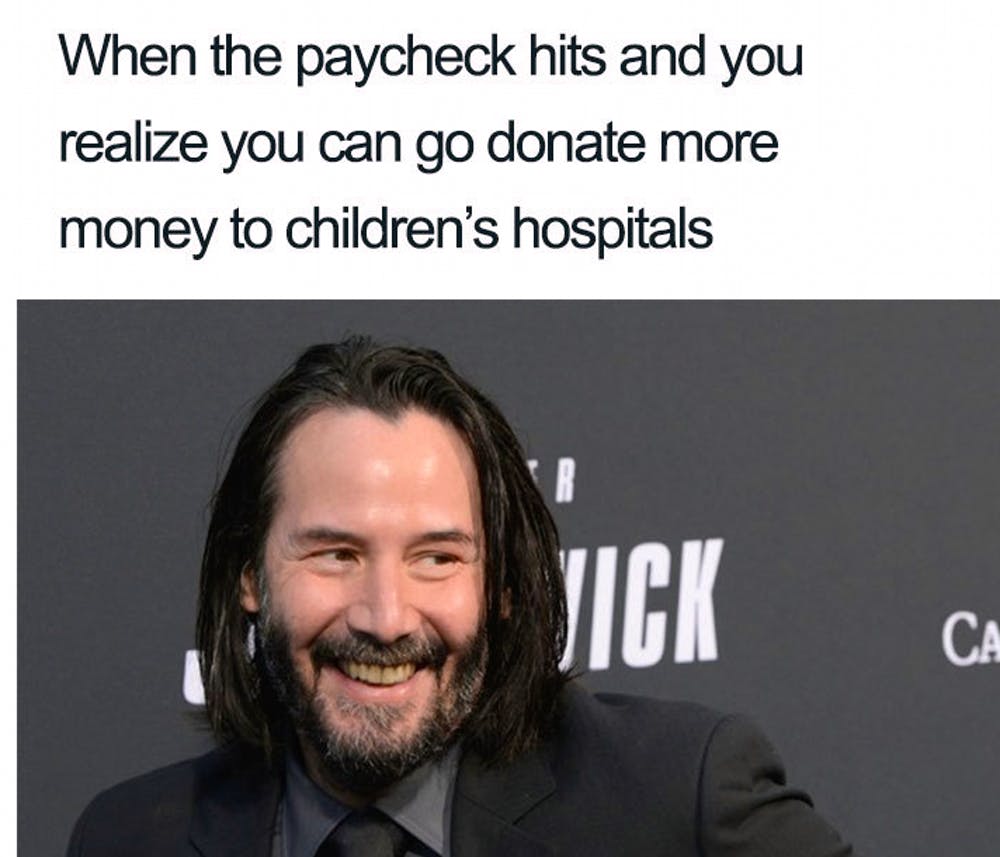 And people have known this for a very long time.

I couldn’t find a single hater. 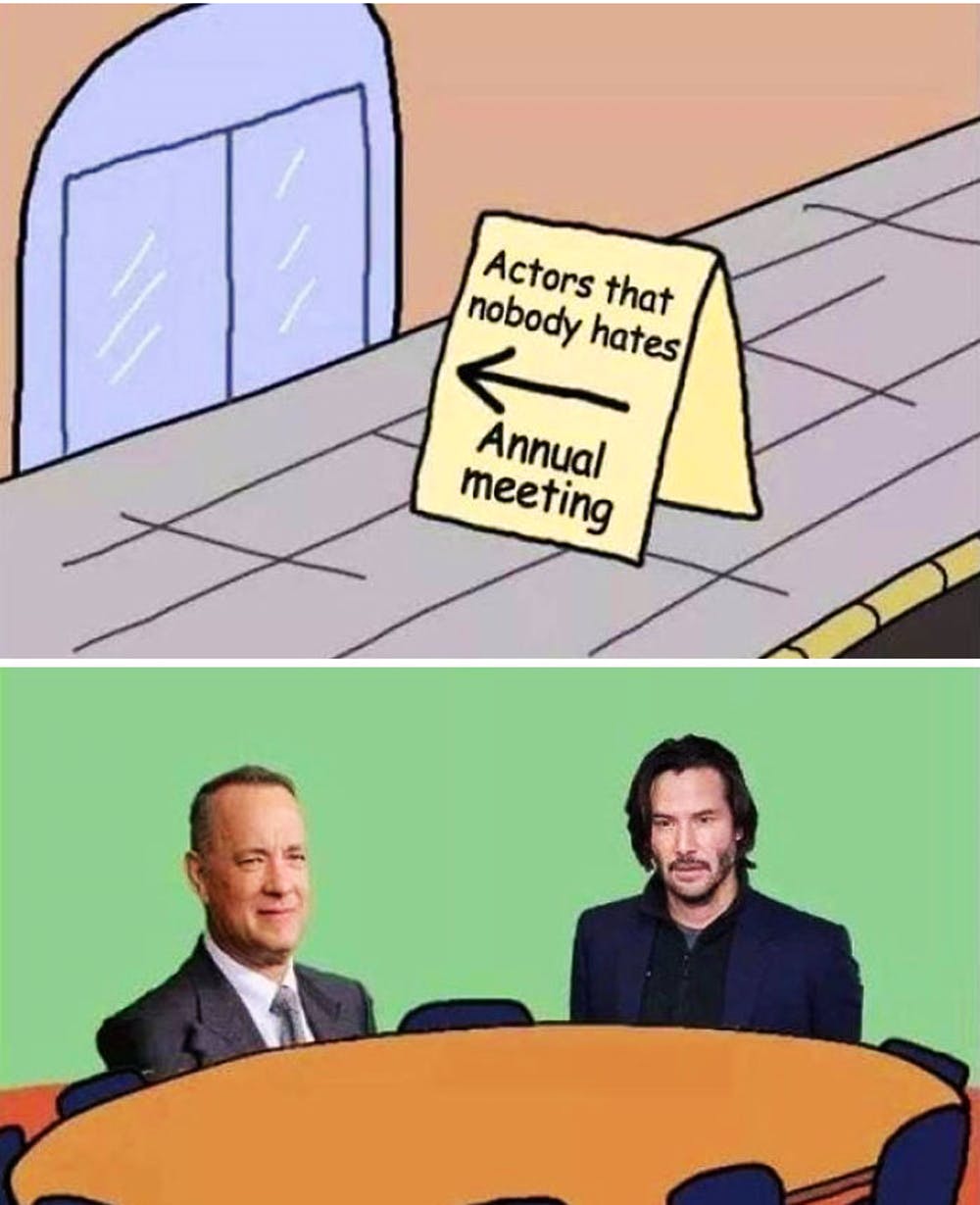 No one fits this better than these two, who hates them after all? Everybody loves them.

Some think for him.

This often happens to celebrities when they hit the high road and then something suddenly brings them crashing down. 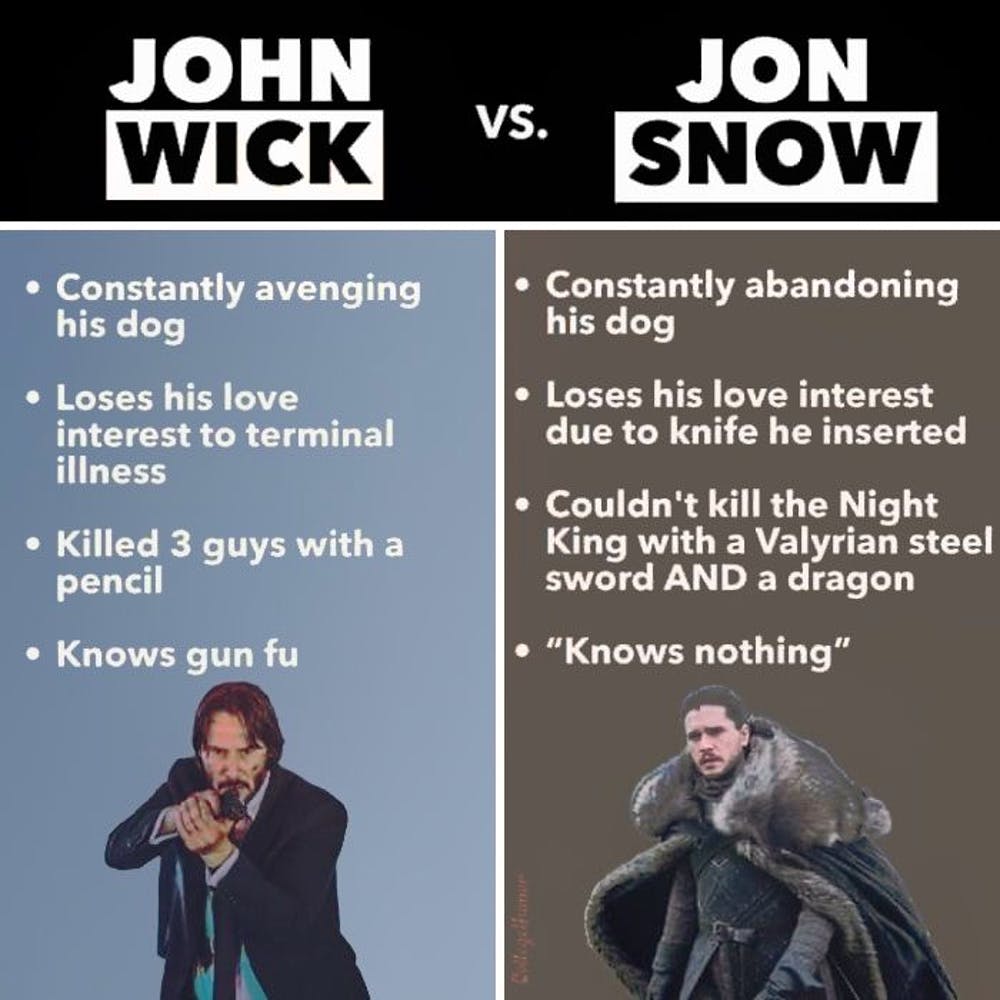 I couldn’t find anything funnier than this. I want them to swap characters and see how Night King fears John Wick and Jon Snow dies even before the wife.

Keanu Reeves has been existing since forever! 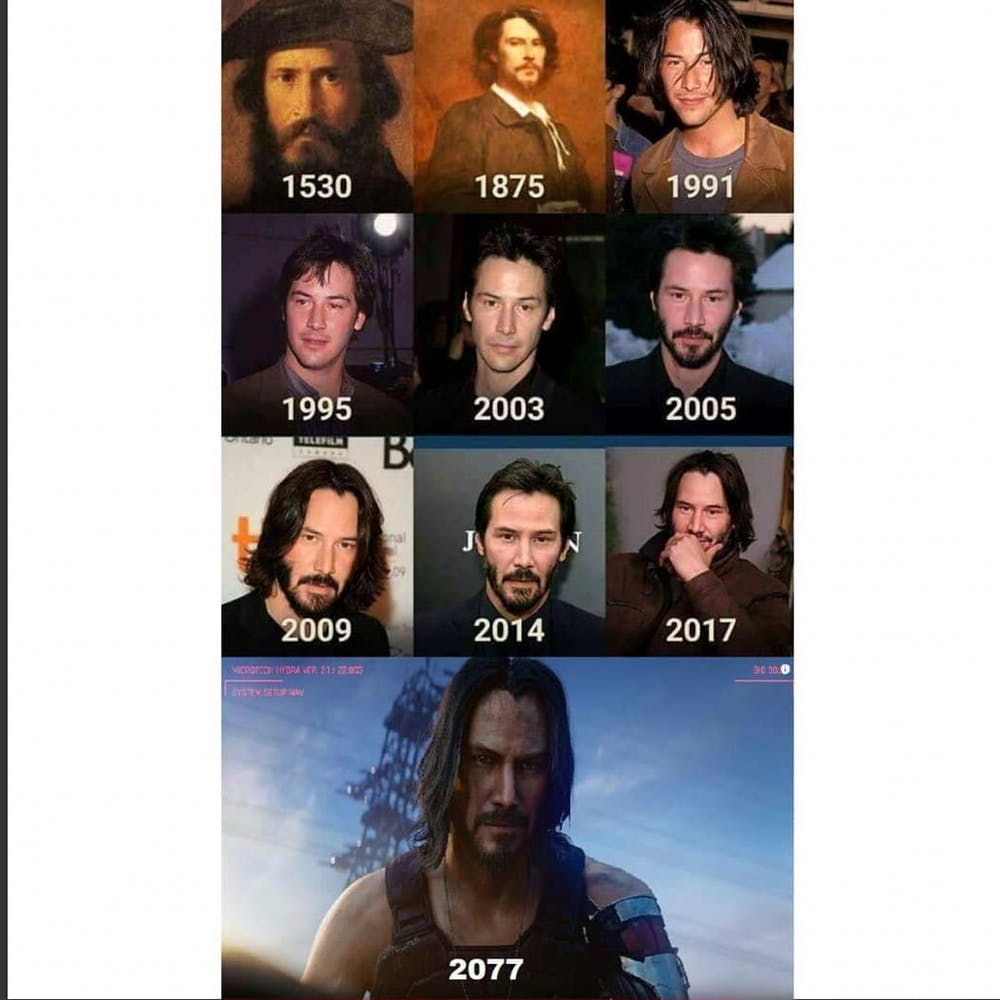 And he will exist forever, thanks to Cyberpunk 2077.

All the attention is so positive. 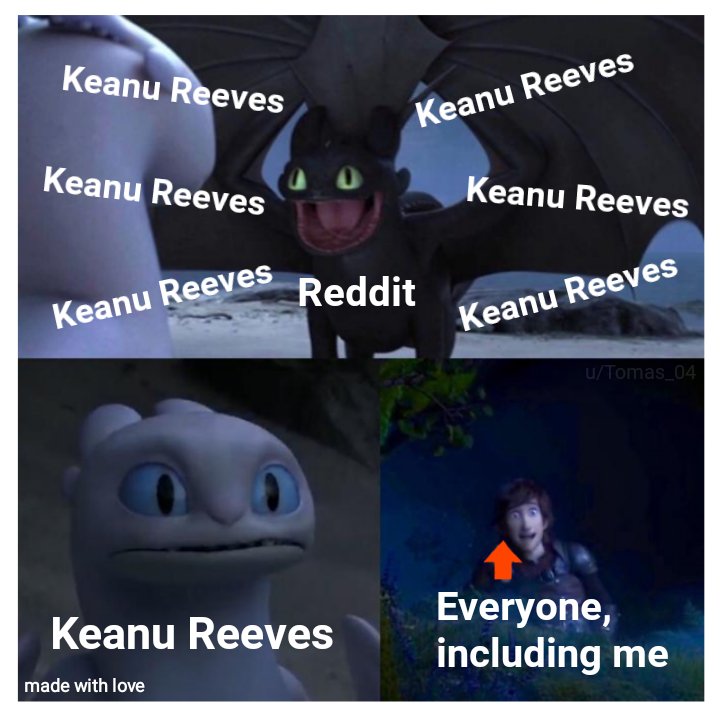 I can see the made with love tag and just know he’s the love of everyone.

The guy’s a real actor. 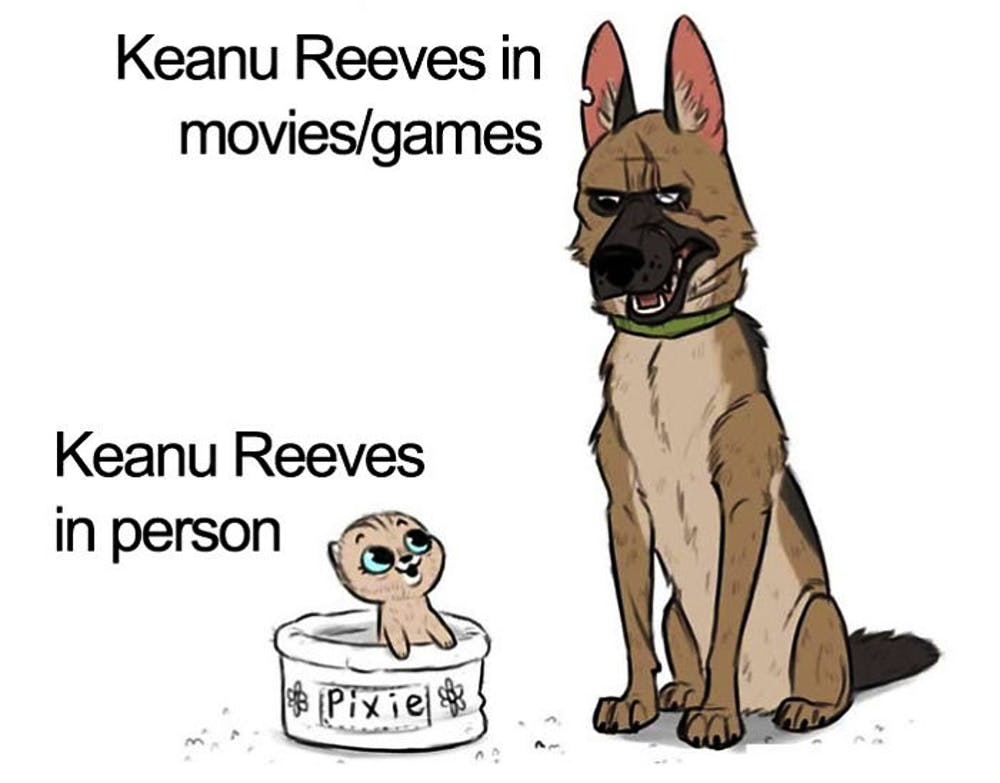 This meme is so wholesome that I can totally relate to this.

In case you find one… 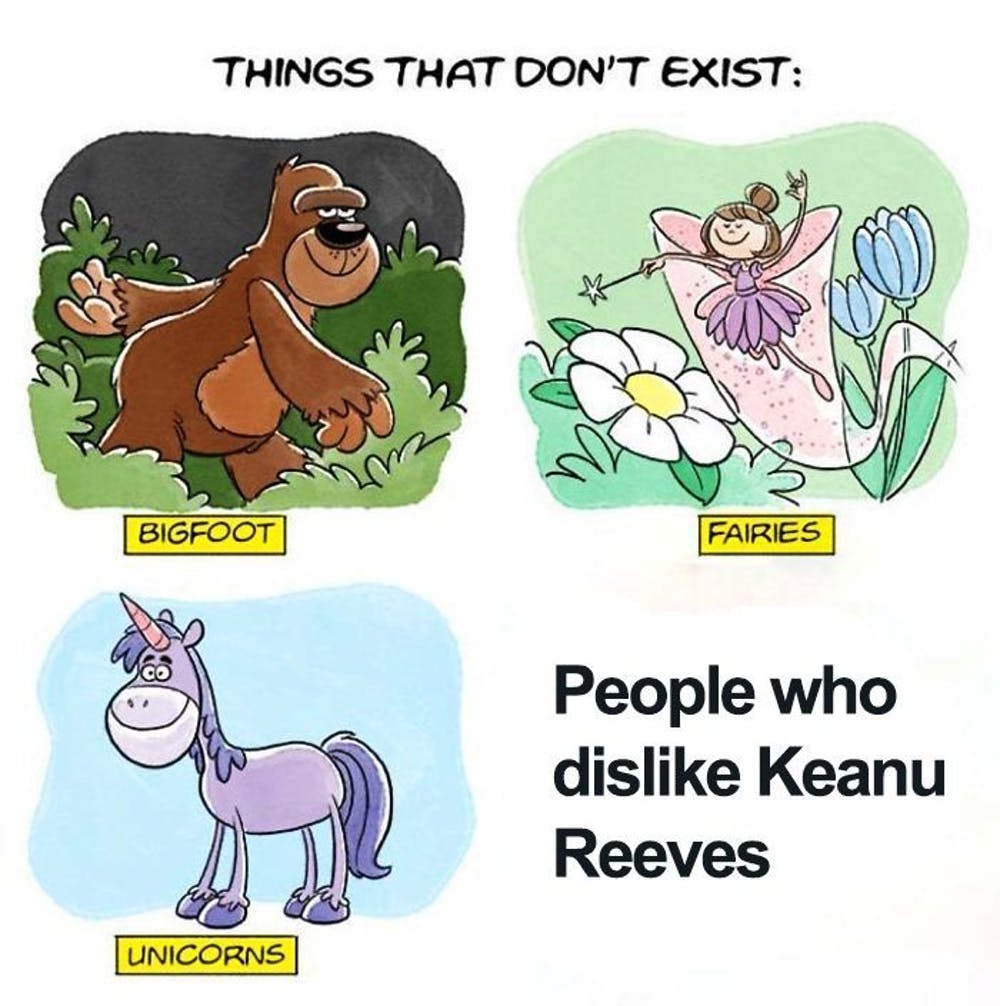 Kill them or something, or just make them realize what a good person he is.

Everyone loves him, and this seals it. 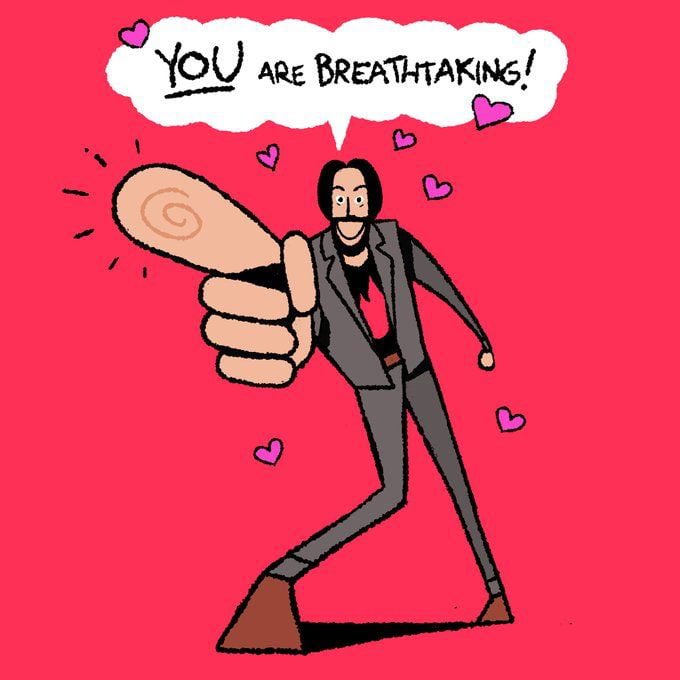 When he was in E3 launching Cyberpunk, a fan shouted ‘You’re Breathtaking’ to which he responded him the same thing back. He’s so lovely, I’d marry him right now.

Check Out These Images Of Most Beautiful Pakistani Women (2019)

Hollywood Celebrities Who Have Undergone Many Tragedies.