Pixel art actually laid foundations for the video game culture and the graphics game culture. Gustavo Viselner is a pixel artist and he believes that pixel art is no longer just a tool of graphics for games, but it’s a form of creativity and arts that can withhold itself without letting the video game culture exist strongly. This pixel artist actually does this graphic pixel art and tries to copy popular game scenes and scenes from TV Series and famous movies, and they are appreciated by many people who have seen them, and often say that they were better than the original. There are many popular game scenes and movies that this pixel artist has made into pixel arts, and let us take a look at what he had to show! 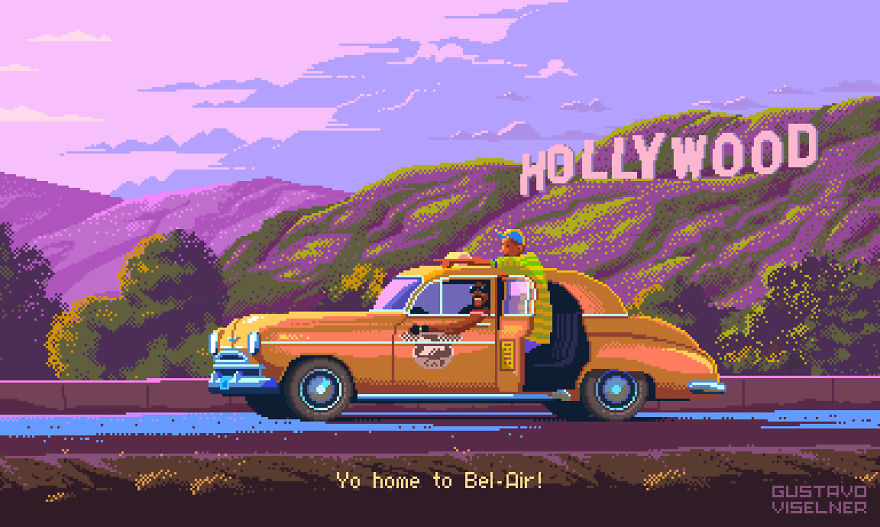 2. Family Drama in the pixel mode. 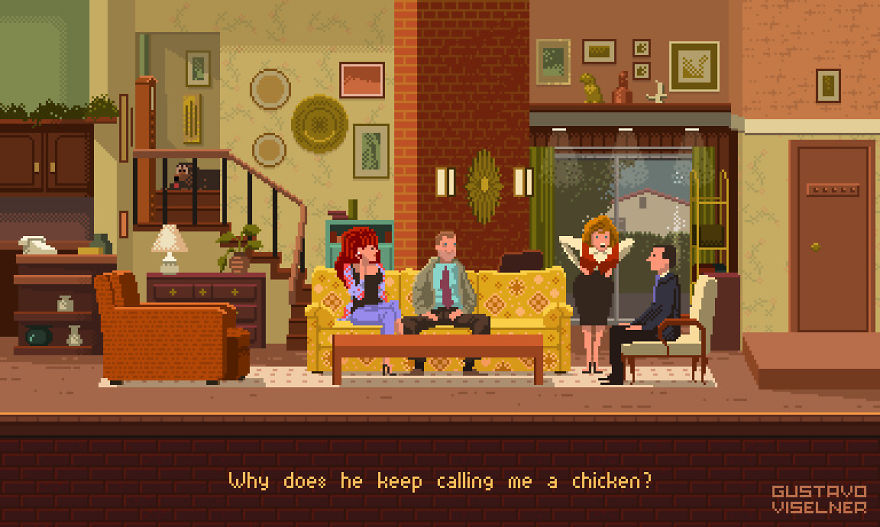 3. The movie scenes by this pixel artist are amazing. 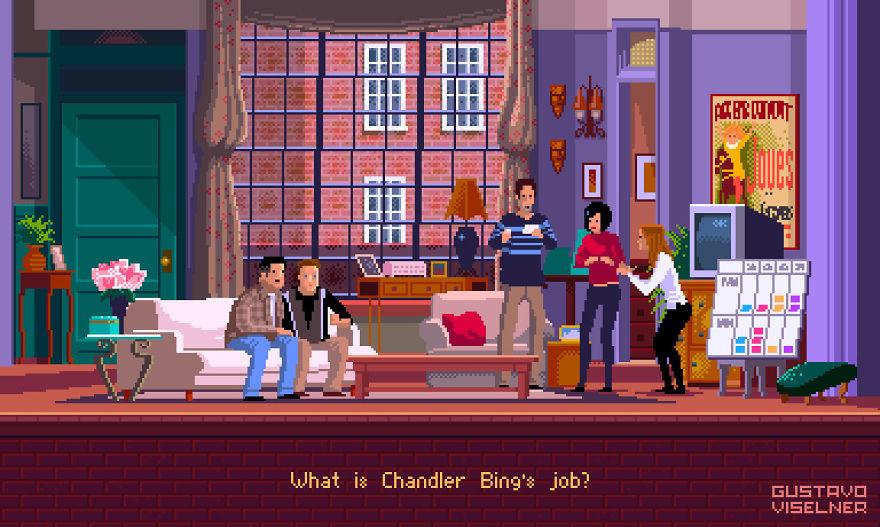 4. Game of Thrones, by a pixel artist. 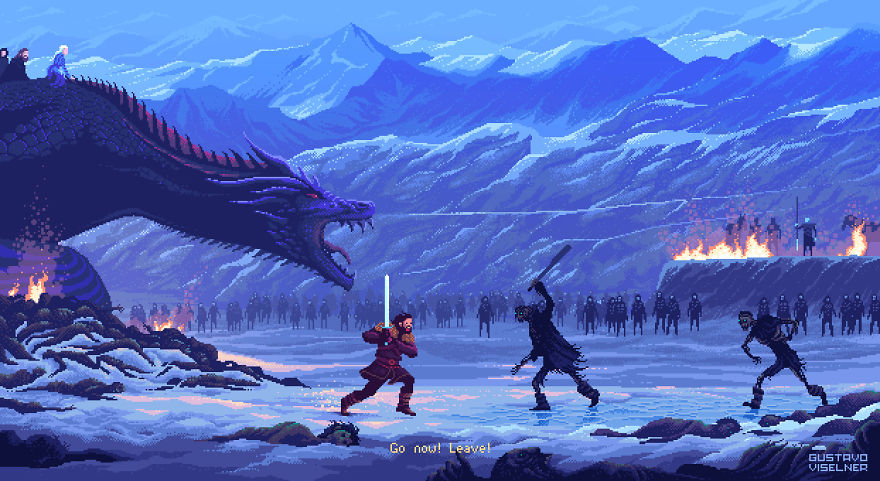 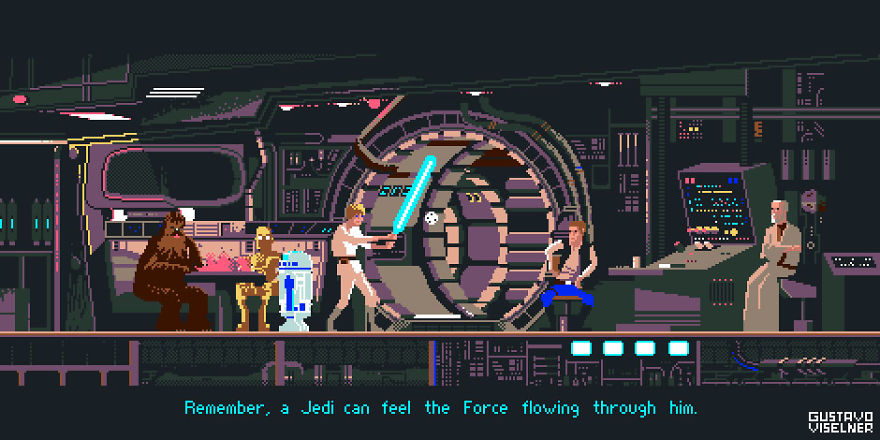 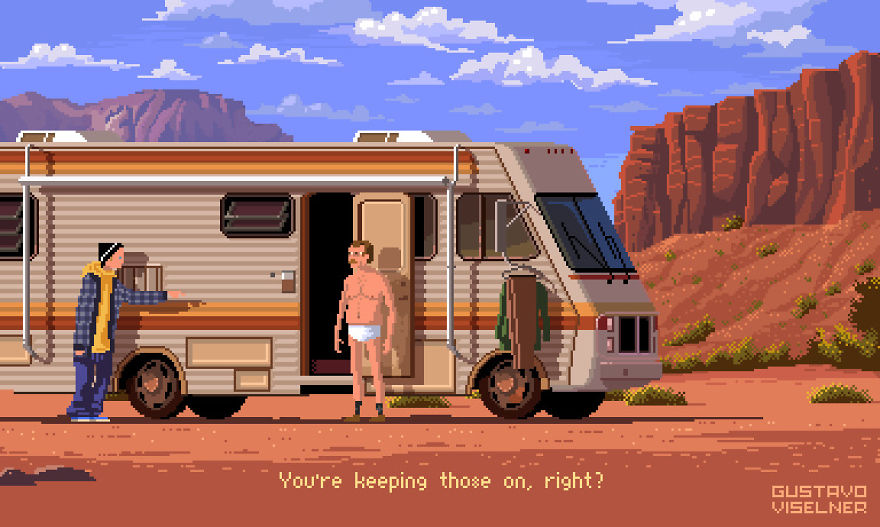 9. TV Series are so rocking with the pixels. When it comes to Game of Thrones. 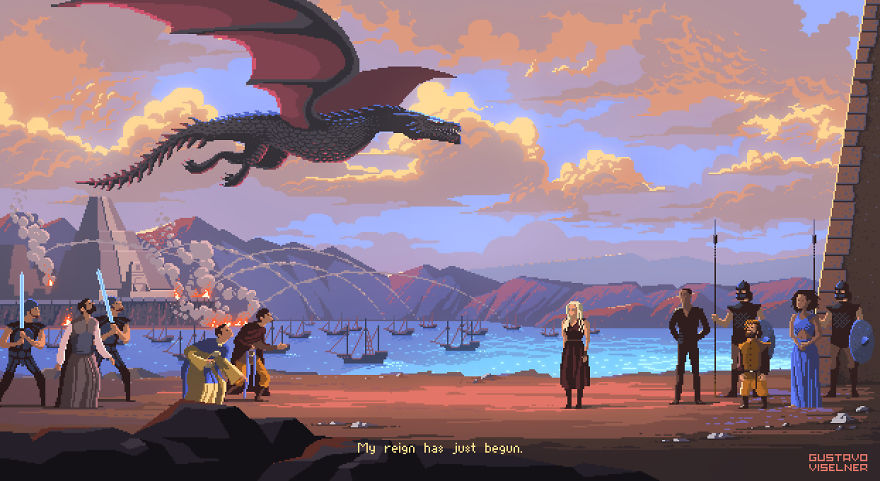 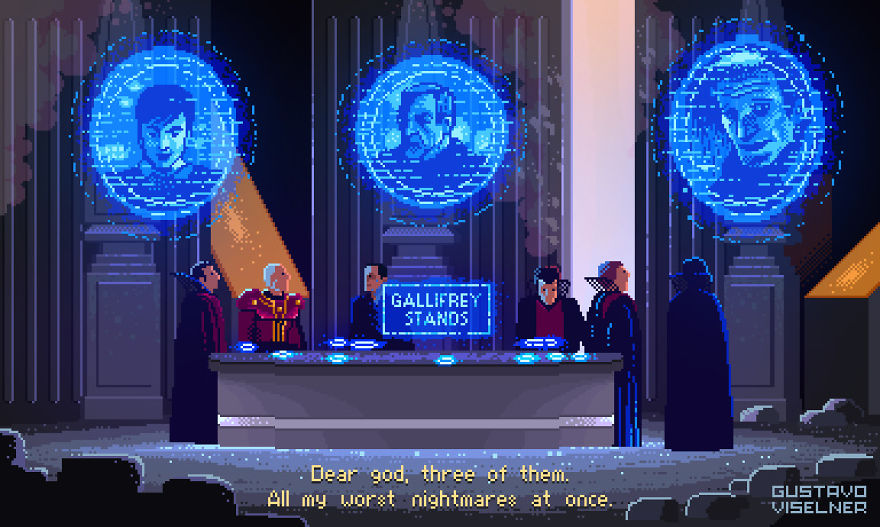 12. The colors of these pixels and pixel artist, Wow. 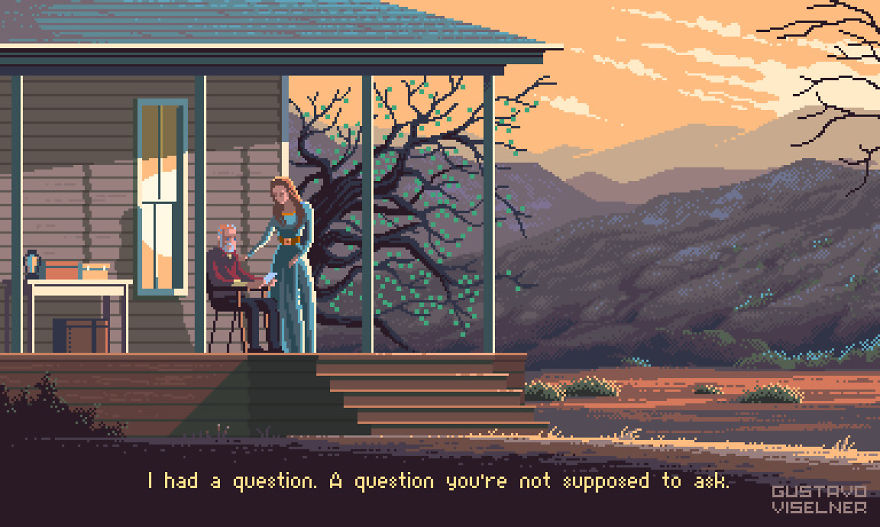 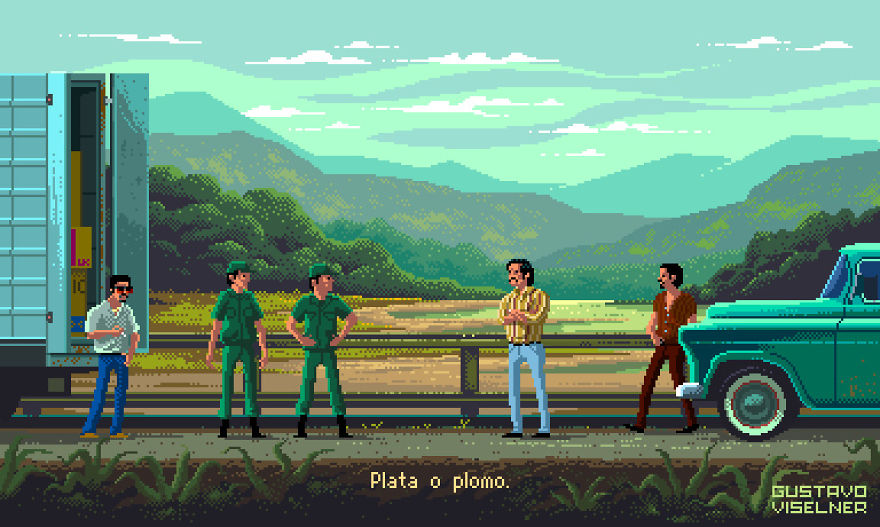 14. Flying car, better than the original. Thanks, pixel artist. 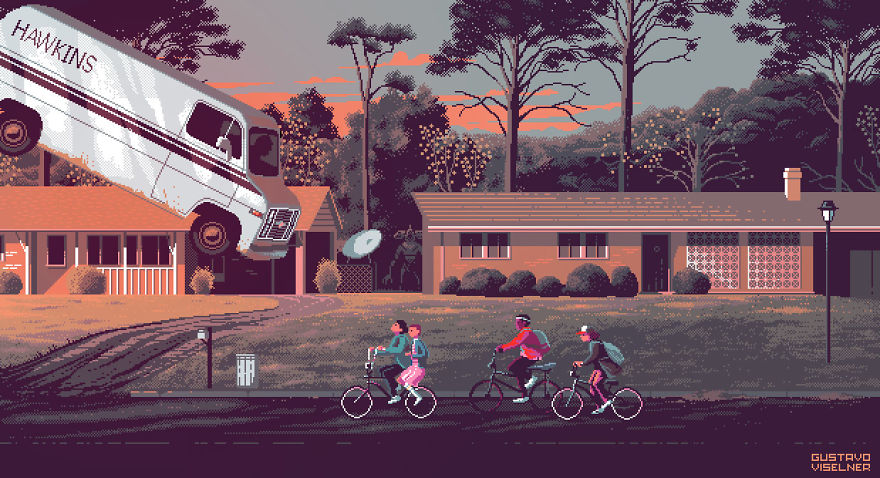 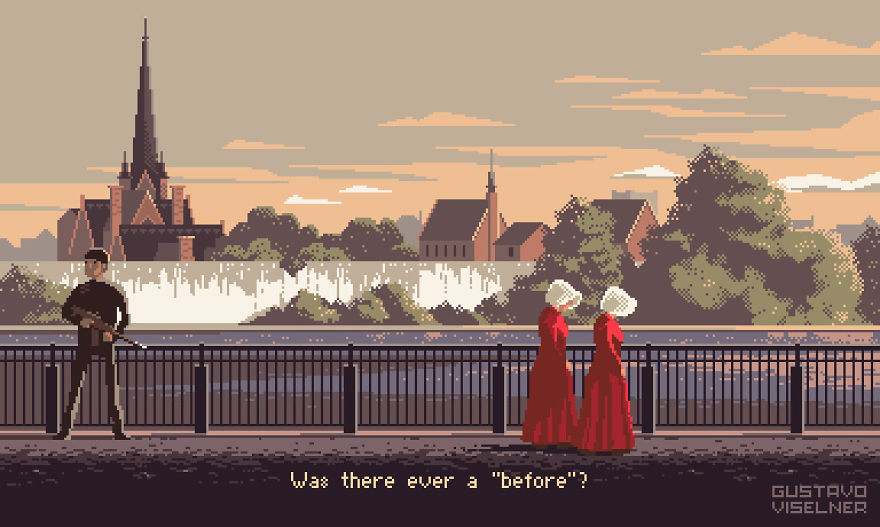 17. Party, or a Frankenstein, art is amazing. 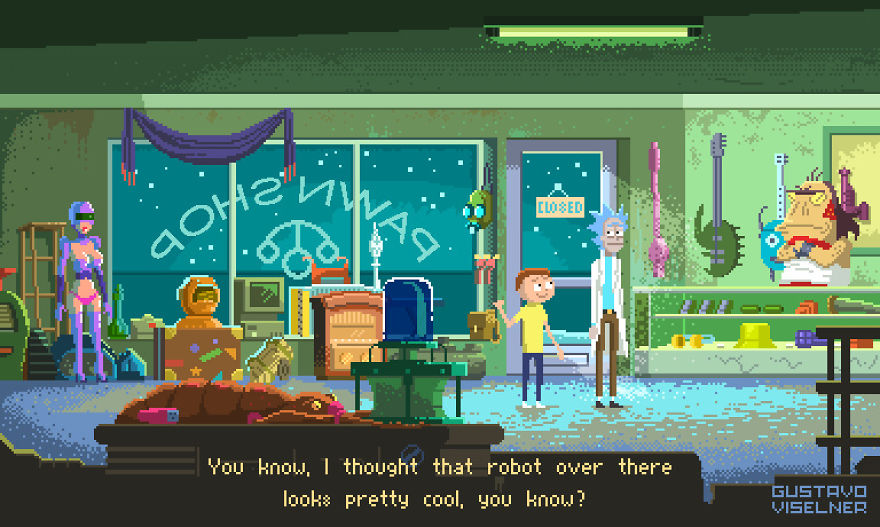 19. Modern people and modern technology, all into pixels. 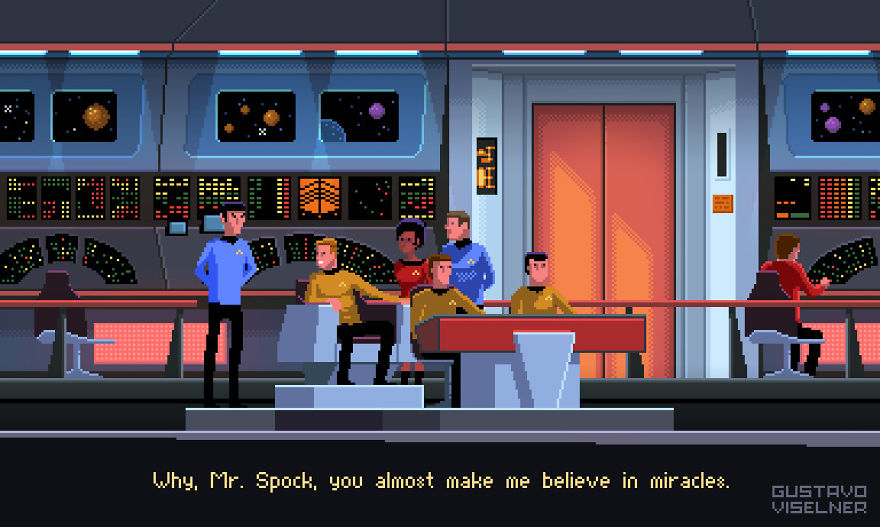 Pixel Art was the thing when video games were so popular, made by keeping pixels together to make them look to something familiar, remember the games Super Mario Bros., Contra, Pac-Man etc., but it’s sad that the pixel arts are now fading away. With the advancement in graphics culture and media studies, the pixels look so advanced and really like, that they don’t even appear like pixels. A lot of TV Series and movies have gained a lot of popularity, in a short period of time. TV series like Game of Thrones, F.R.I.E.N.D.S., and movies like X-Men, Troy, Kung-Fu-Hustle, are vastly liked and people liked to see pixel arts made on them, so more attempts were made on it, and in most cases, they appeared to be even better than the original inspiration to it. Pixel-Art formed by the nostalgia of those 8-bit days, and to make things look graphically nice.

Artist Draws On Her Carpet And The Result Is So Beautiful...