Sarcasm.co
Home Crazy These People Try To Recreate Their Childhood Photographs And The Outcome Is...

Even flipping through the childhood photographs at times feels awkward. But seems like that’s not the case with everybody, some even urges to pose and recreate their childhood memories for updating the album. Do they succeed? Let’s find out in this hilarious compilation. 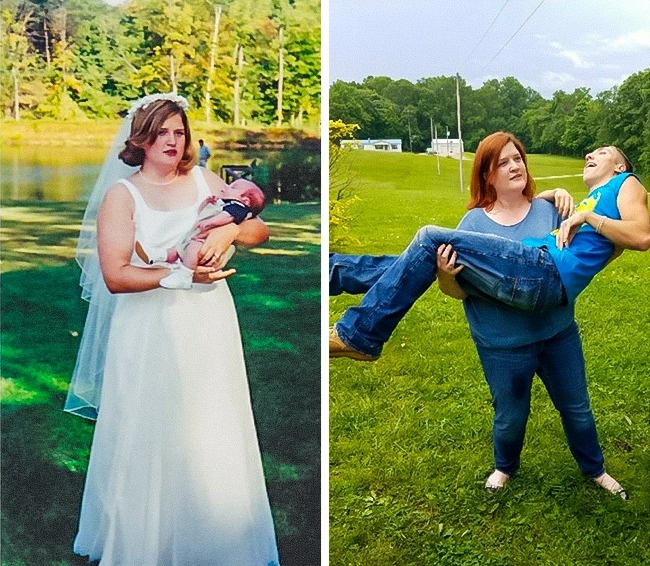 I know there are a lot of questions in your head. Like why is she in a wedding dress, how the mother picked up such a muscular body? But their hilarious effort is worth praising. 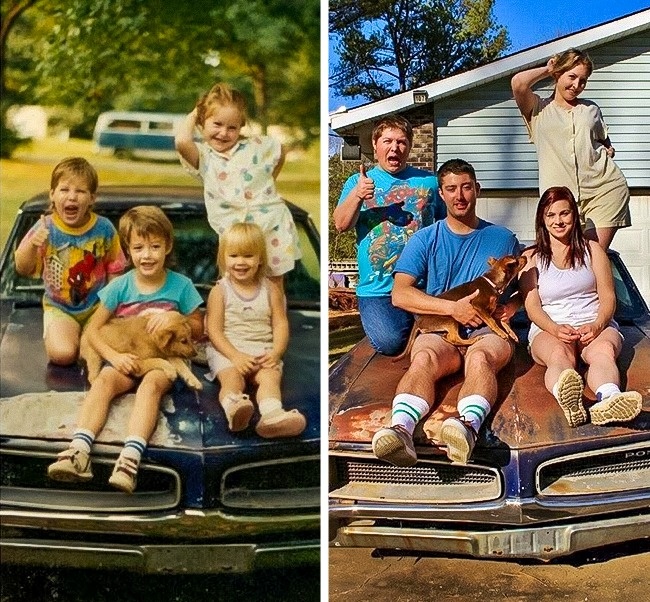 Well, you can’t have the same dog as you had when you grow up and that’s sad. Either they die, or you lose them. 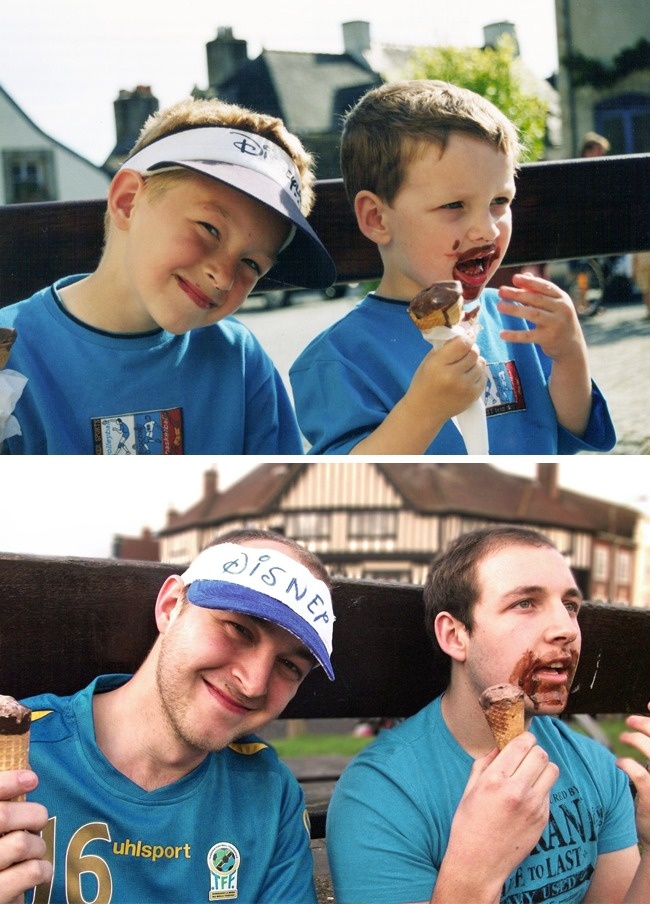 Did u notice that Disney cap yet? That’s hilarious. Afterall grownups don’t get to wear Disney caps, so they create one.

4. Baby Jesus is all grown up now. 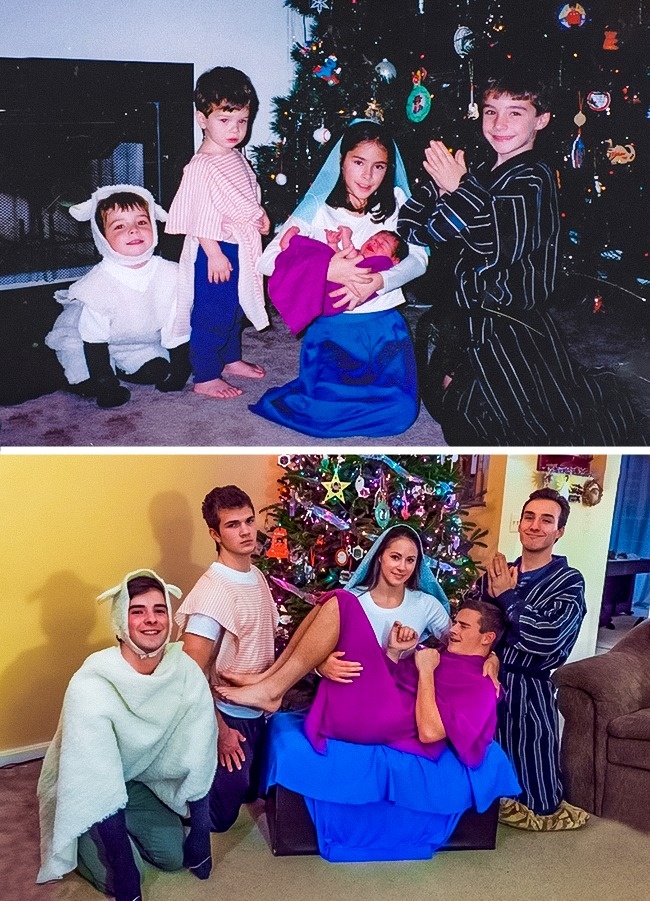 And the sheep have grown up to be cuter. What can be better than Christmas to relive your old childhood memories and create new photographs?

5. Nothing feels safer than a mother’s lap. 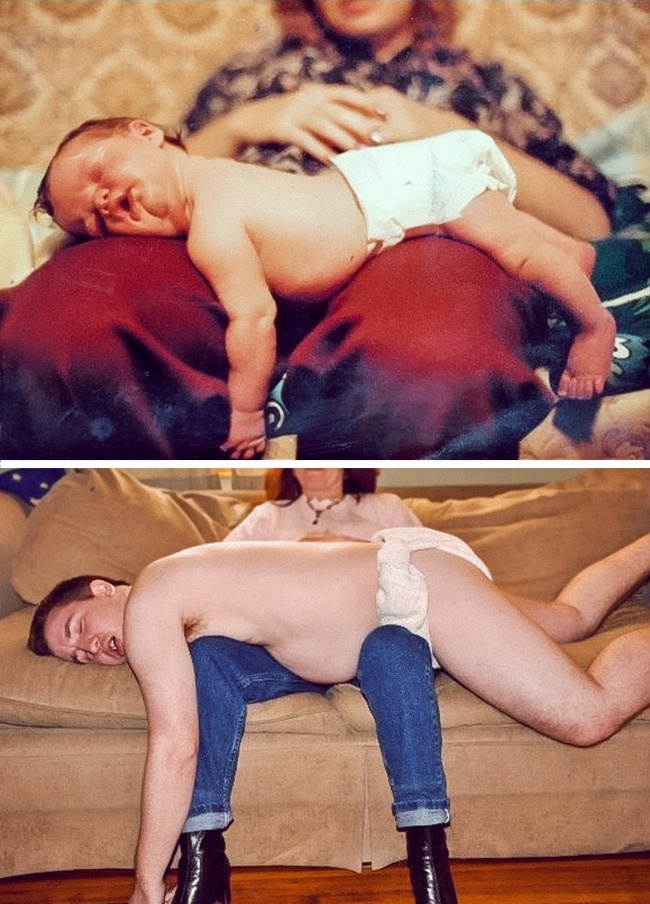 That he still chose to wear a diaper is what makes this picture more hilarious, let alone the ‘chubby tummy’. 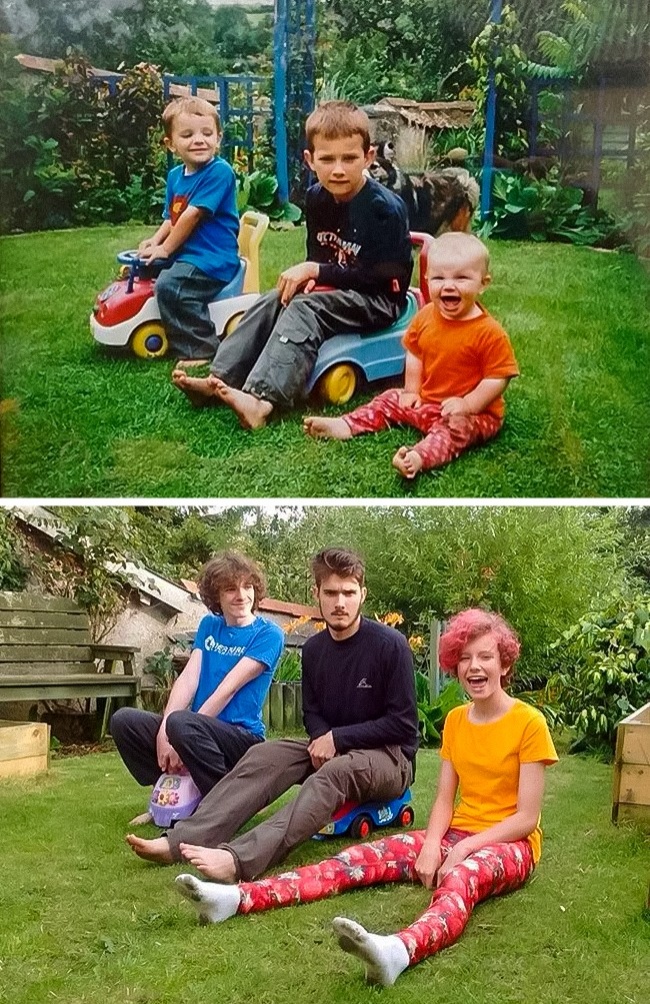 Recreation done right. And the intense look never changed. It’s magical how photographs can instantly take you back into time. 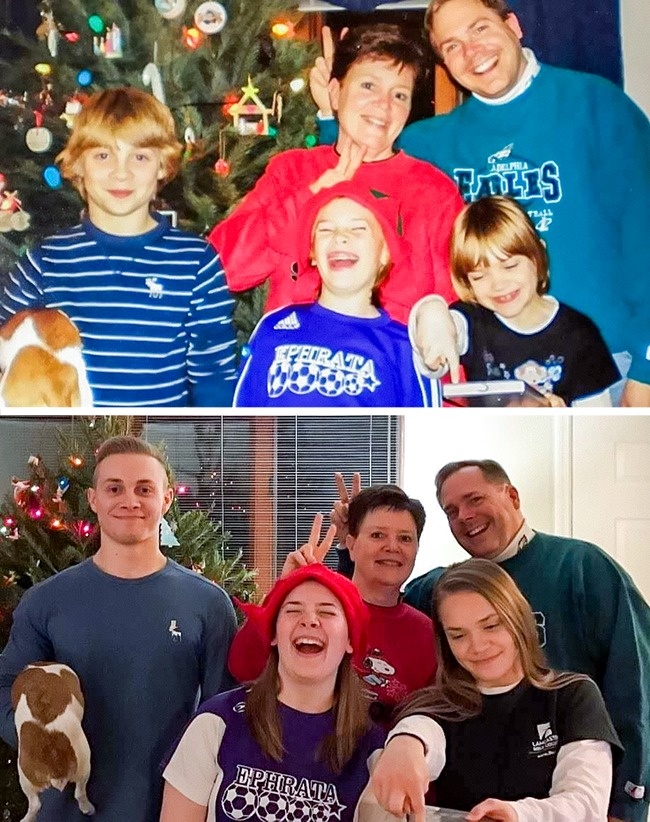 This is one of the best recreations. Even the expressions match. And the family just looks as happy as 20 years back.

8. Ellen DeGeneres with her prom date. 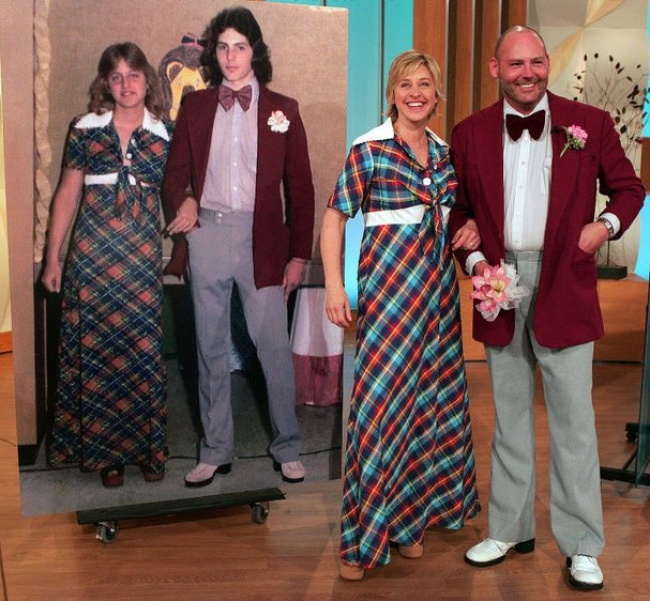 Well a lot has changed till then. Ellen turned lesbian, the guy decided to shave off his long hairs and obviously their looks. However, prom is to be remembered forever.

9. All three of them look stunning. 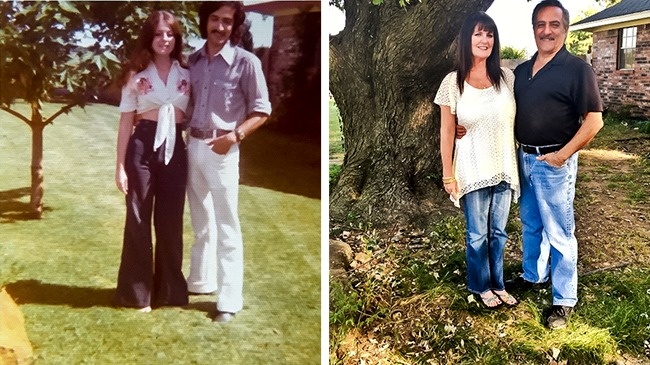 That’s how you grow together and take care of each other. This is one of the photographs which speaks a lot. 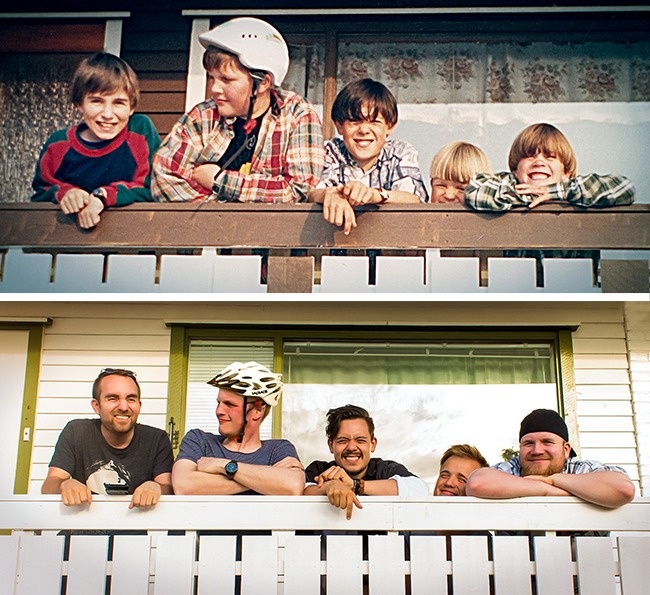 This childhood photograph recreation says it all. It’s hard to find a friendship that would last as long as theirs. But once you got them make sure to never let them go. 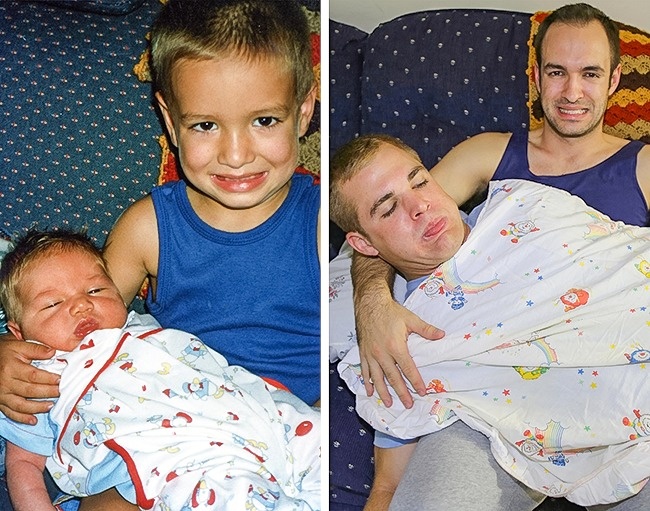 The expression of the big bro is way too hilarious. And he recreated their childhood photographs just right. 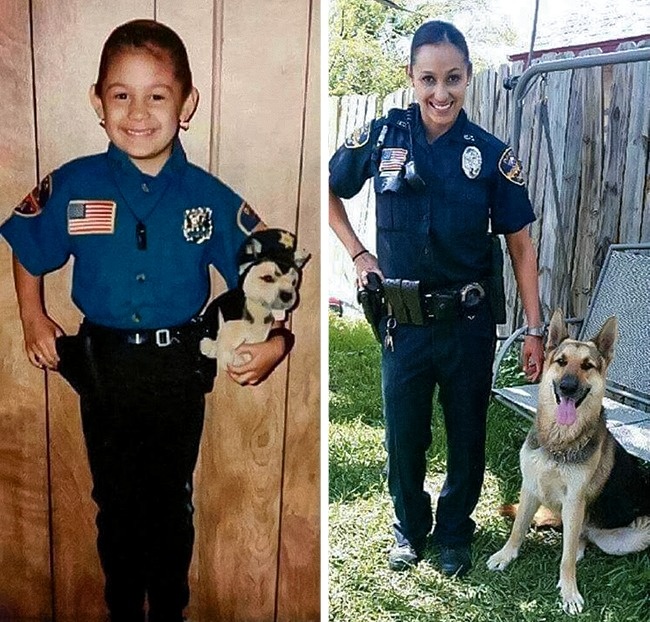 It’s really inspiring. The childhood photograph shows what she had always dreamt of becoming and the recreation shows how she rightfully achieved it.

Before And After Pictures That Shows How The World Has Changed...