Sarcasm.co
Home Entertainment The Game Of Thrones Finale Might Have Depressed You But These Finale...

The whole world was waiting for the most awaited season of Game Of Thrones. And why wouldn’t they? From the pilot episode of Season 1 Game of Thrones, had left us wanting for more. The way they built up the story for 7 seasons, definitely left the audience asking for more. But Alas, patience doesn’t always bear sweet fruit, it seemed like the scriptwriters were tired and had lost interest in carrying the show forward and giving it the ending it deserved. But nevertheless, here is something to soothe all GOT fans’ aching hearts. And trust me, these finale memes are not gonna disappoint you!

These finale memes on the latest season of Game Of Thrones will brighten your day with laughter!

1. That’s what you call an instinct my friend. Jamie knew this even before the mess properly begun! 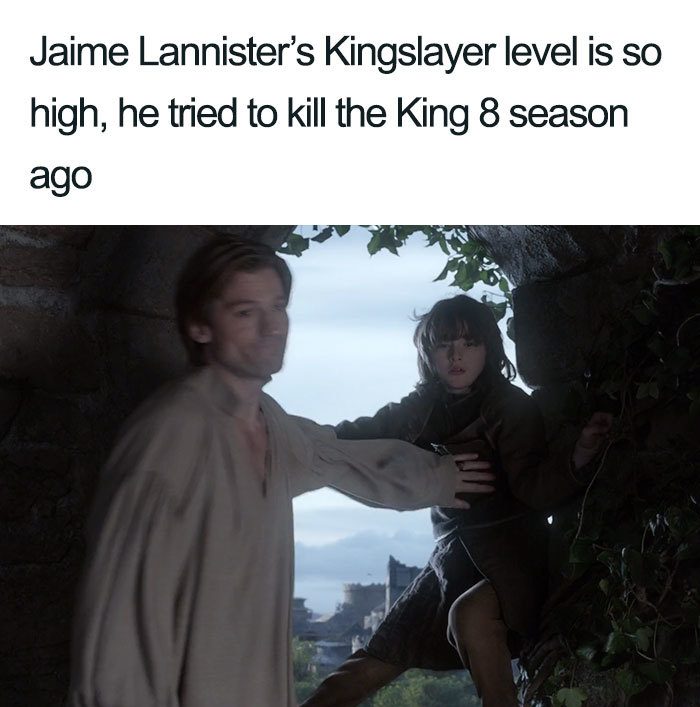 2. Now, that’s something that should’ve happened. Since both of them lose their ladies. 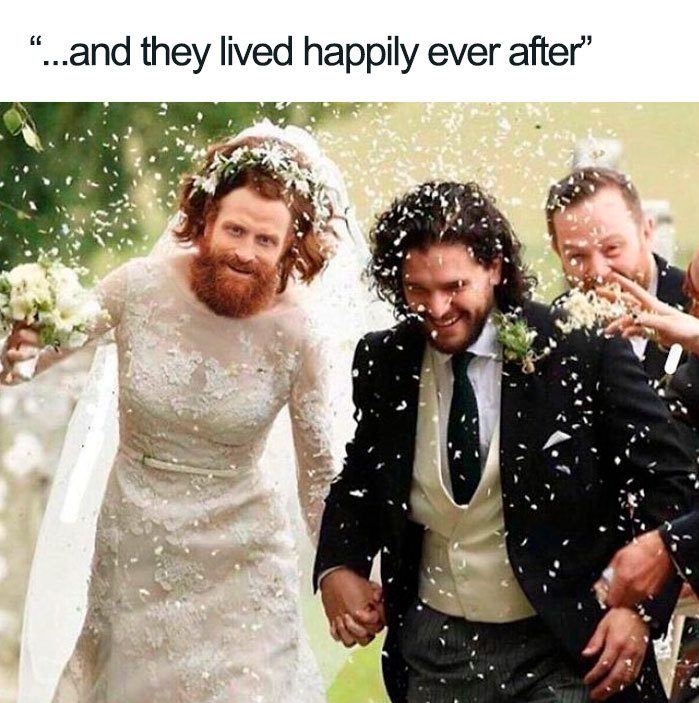 3. I guess Drogon was the most sensible character in the entire series. Can’t say the same for the rest. 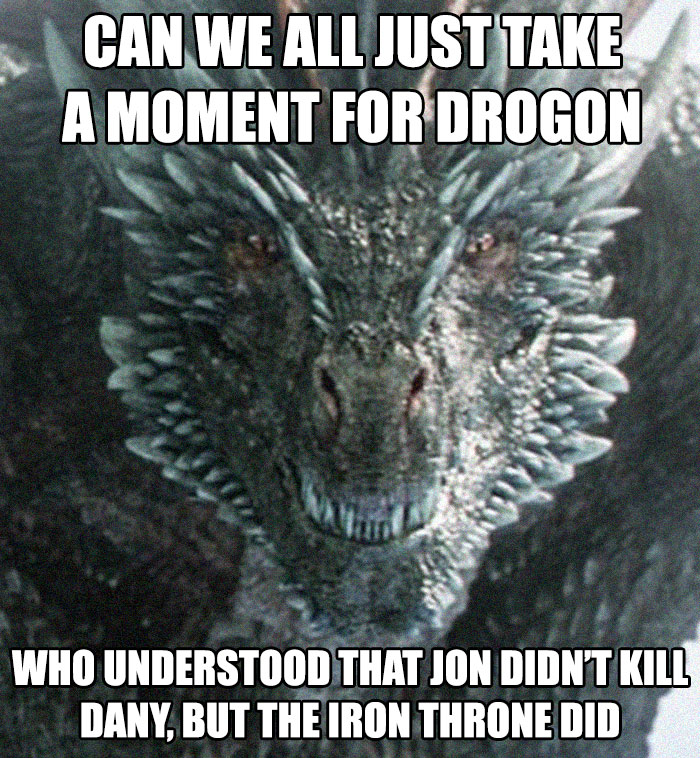 4. Jon’s brother is King now, I still don’t understand why on Earth he banished him? 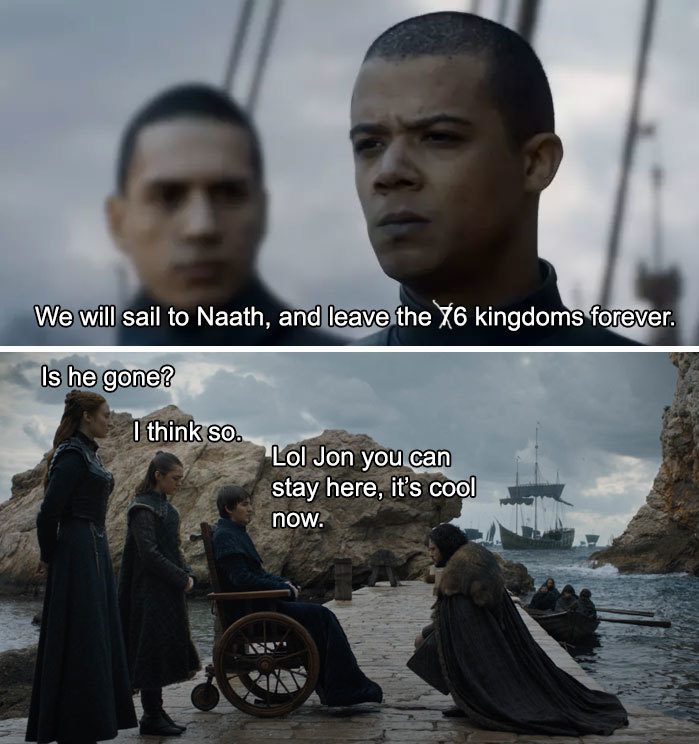 5. Well, people make mistakes, and Season 8 is gonna haunt you for the rest of your life. 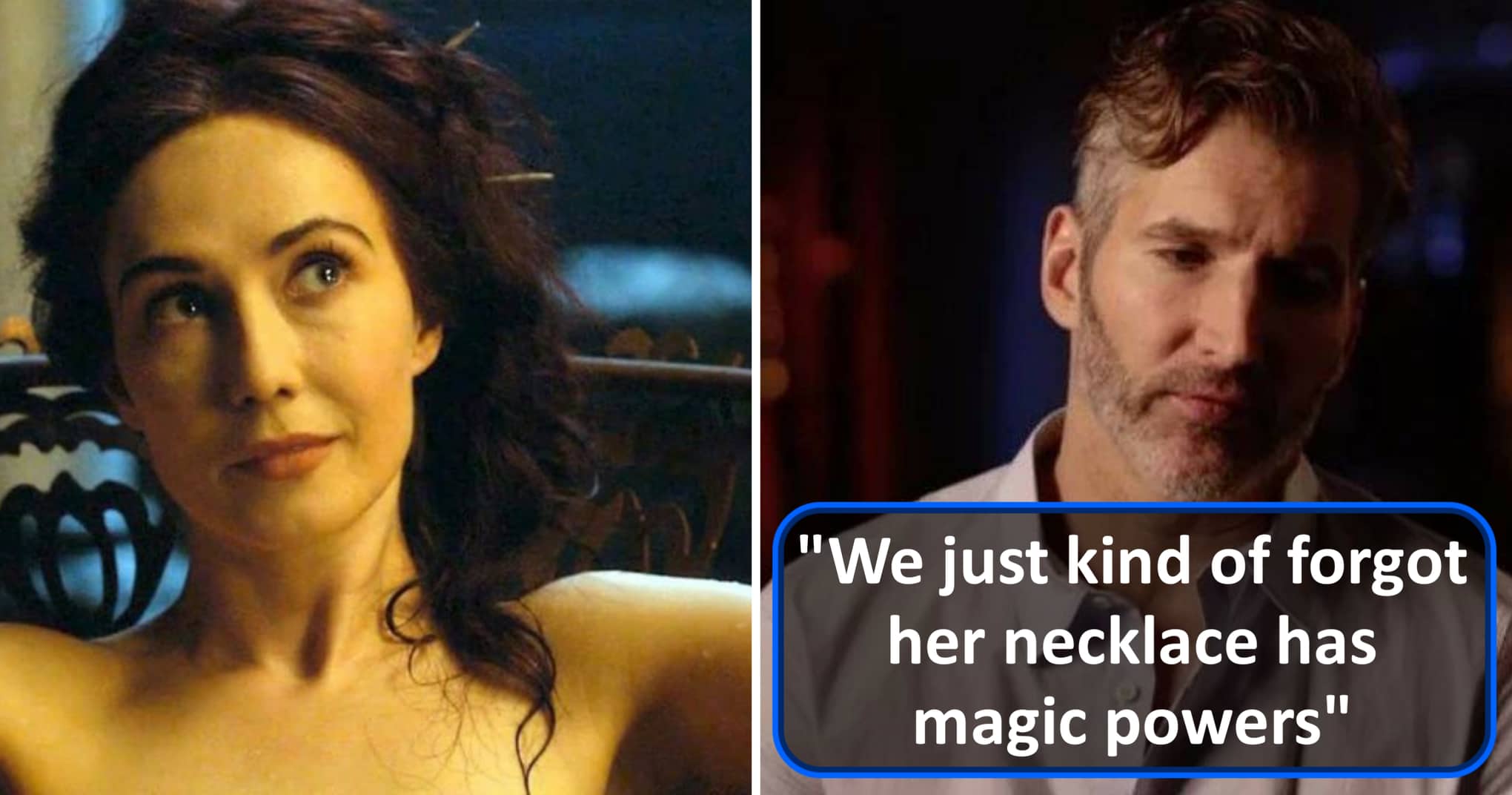 6. Believe it or not, I had the same expression when I heard North wanted to be a separate kingdom. 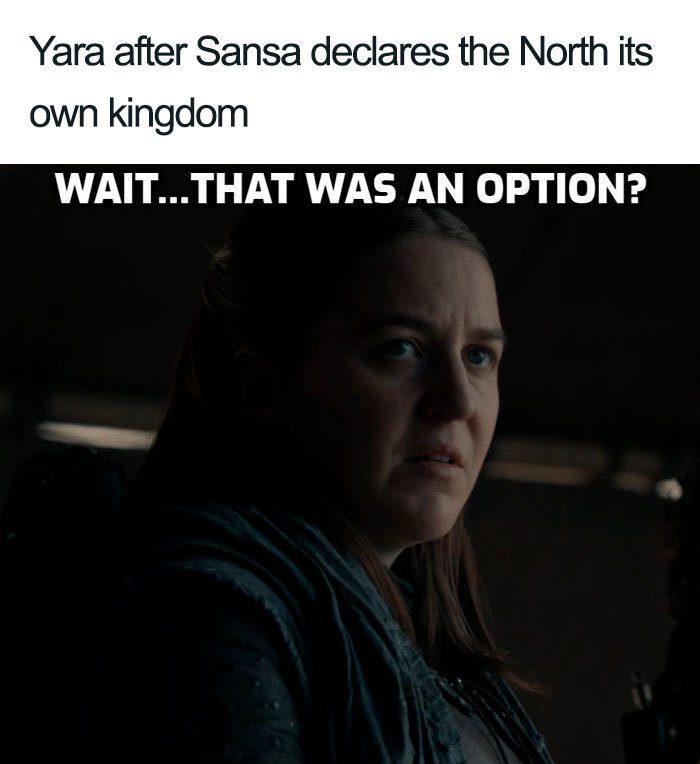 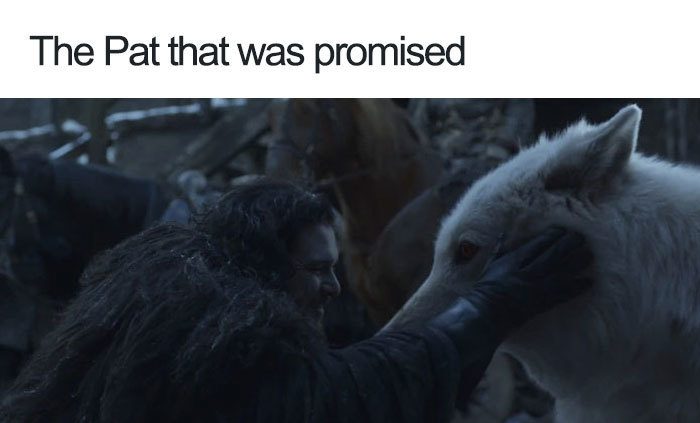 8. That’s what these men do, forget about you once they are done using you. Poor girl! 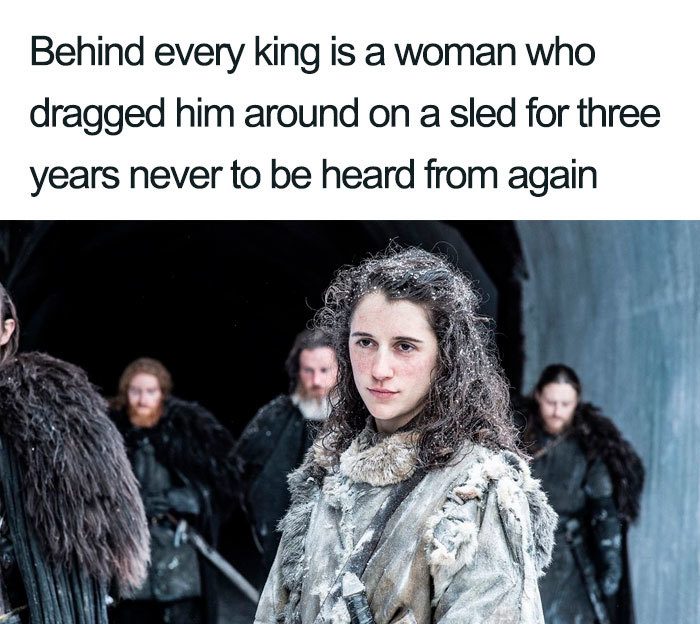 9. And that is why I’m at least 1% happy about the ending. At least ghost and Drogon were safe. Though, I wish I could see Drogon at Jon’s side. 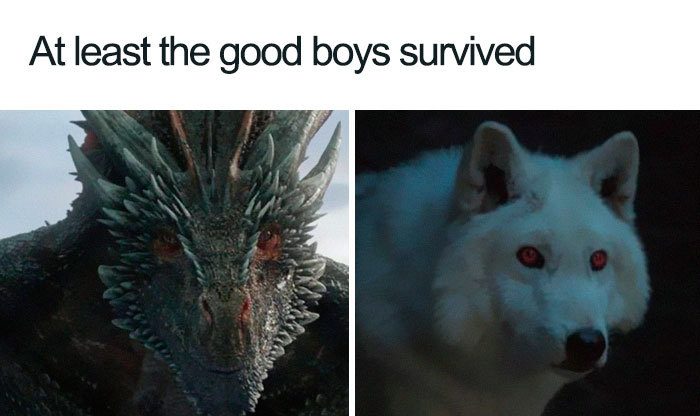 10. That isn’t the only pointless plot in the series. Poor Arya went blind ffs! 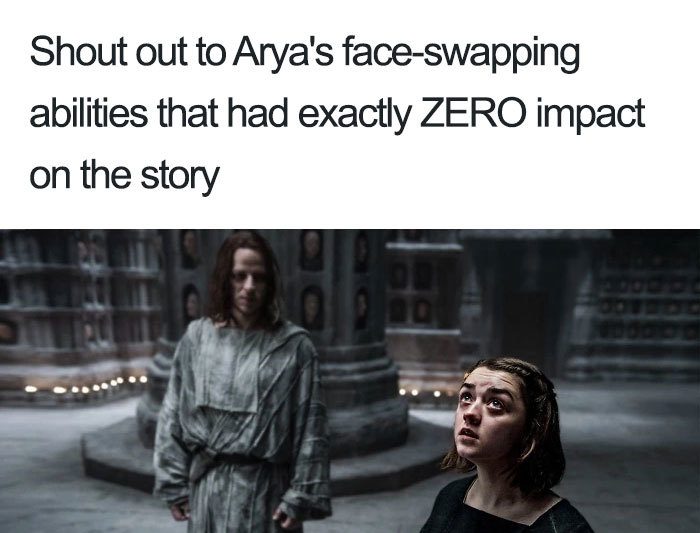 11. Would’ve been much happier with this ending than what we got ultimately. 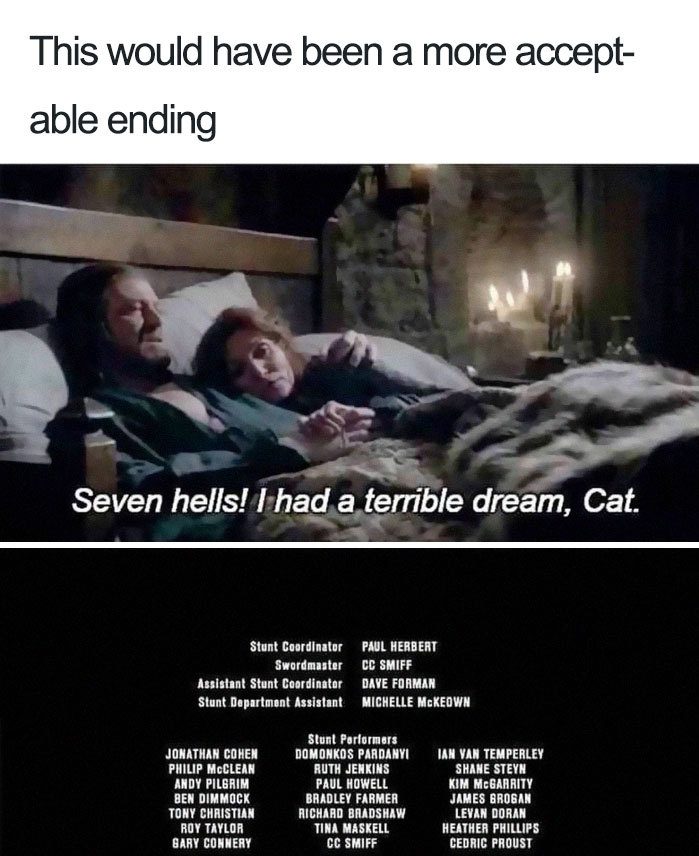 12. Seriously! Your brother was just named the King of Seven Kingdoms and you couldn’t even wait to congratulate him! 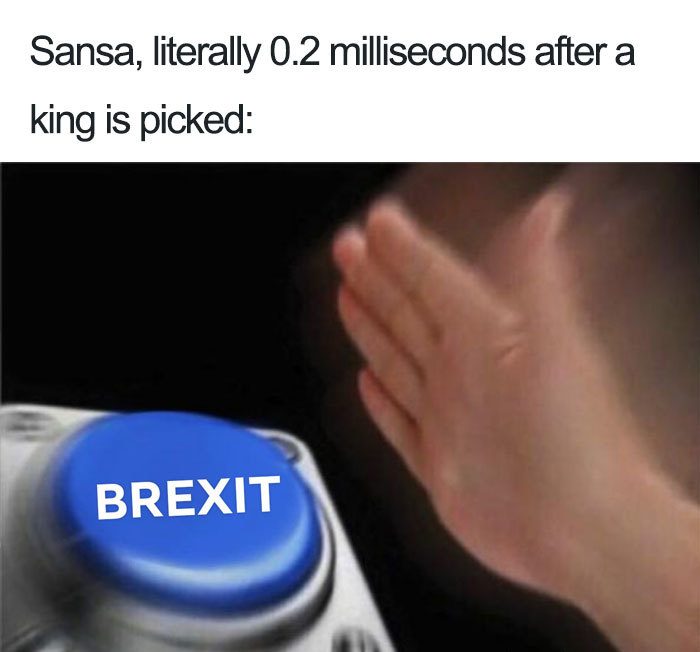 13. Hahaha! Wheely wheely legs no feely, I can actually hear Tyrion Lannister say this out loud. 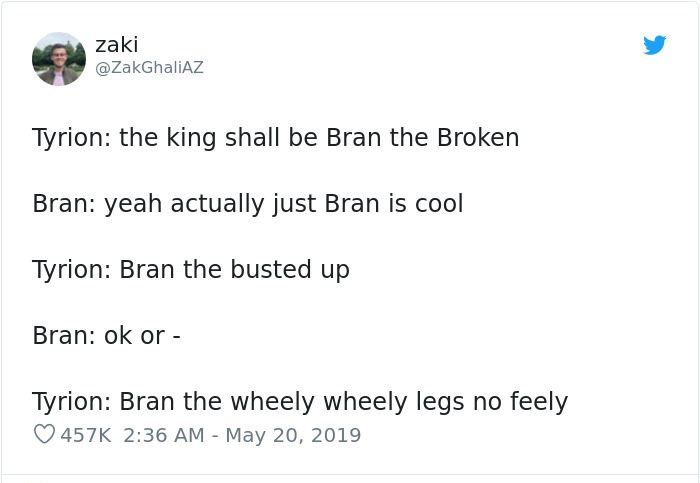 14. Not your fault, we didn’t understand the point of this scene either. I think the directors were high while shooting the finale! 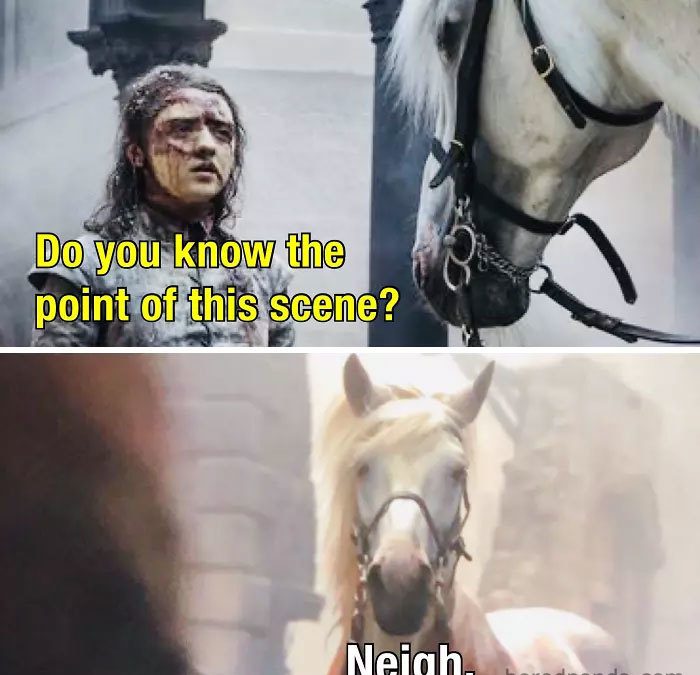 15. That is the most legit explanation of Jon’s role in season 8. 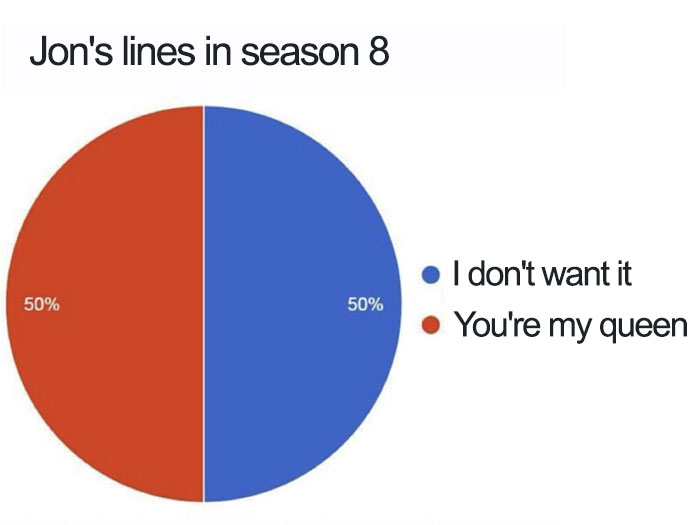 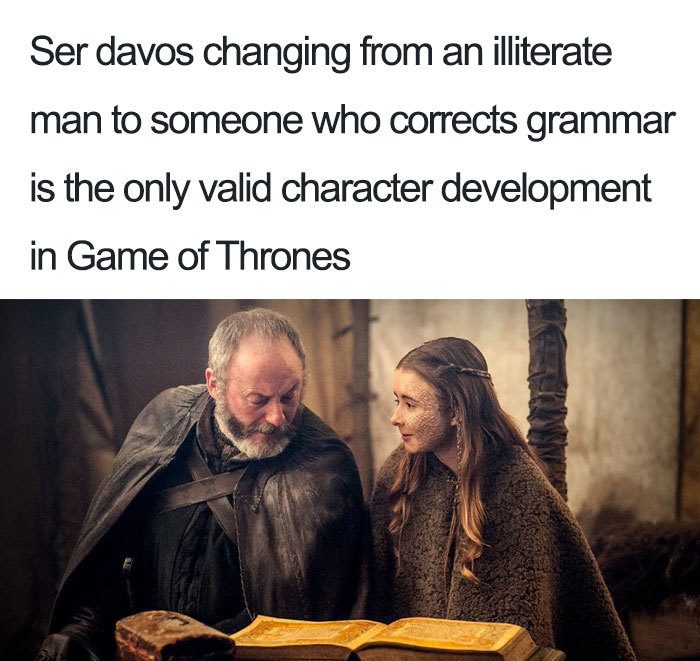 17. It broke my heart when I saw him shaking Dany’s body to see if she was alive or not. 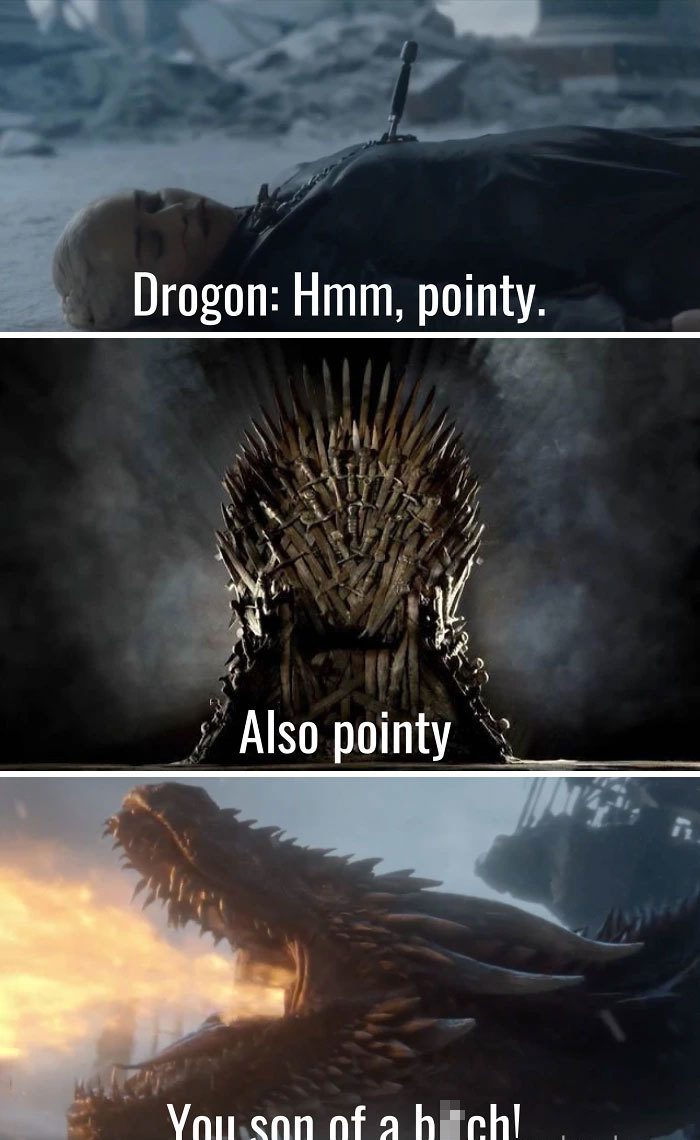 read also: You Absolutely Shouldn’t Do These Things While You’re In Dubai!

The Coming True Of These Historical Predictions Will Blow Your Mind.

These ‘Game Of Thrones’ Bloopers Are As Ridiculous As the Starbucks...