Sarcasm.co
Home Animals These Animals Are The Proof That Nature Wants to Kill Us All

We all know about wild animals and how fierce they can be. Take a lion, for example, it’s the king of the jungle for some reason, it’s really scary and powerful. But, the list doesn’t just end there, there are so many animals that can eat you without giving a second thought and it all just makes it so scary. Thank god we live far away from jungles else we’d be someone’s sh1t already. Why did nature have to create so many scary animals though? Pretty sure it was to kill us asap.

Below are some of the scariest animals proving nature wants to kill us all: 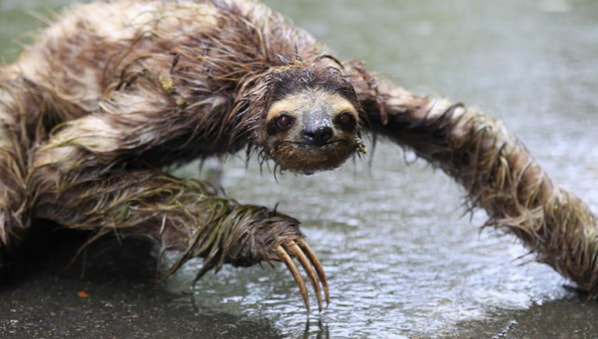 So, who said sloths aren’t scary? They looked all cute and slow in Zootopia but in real life, they can be scary with claws like Wolverine that could just take your heart out in a single blow. 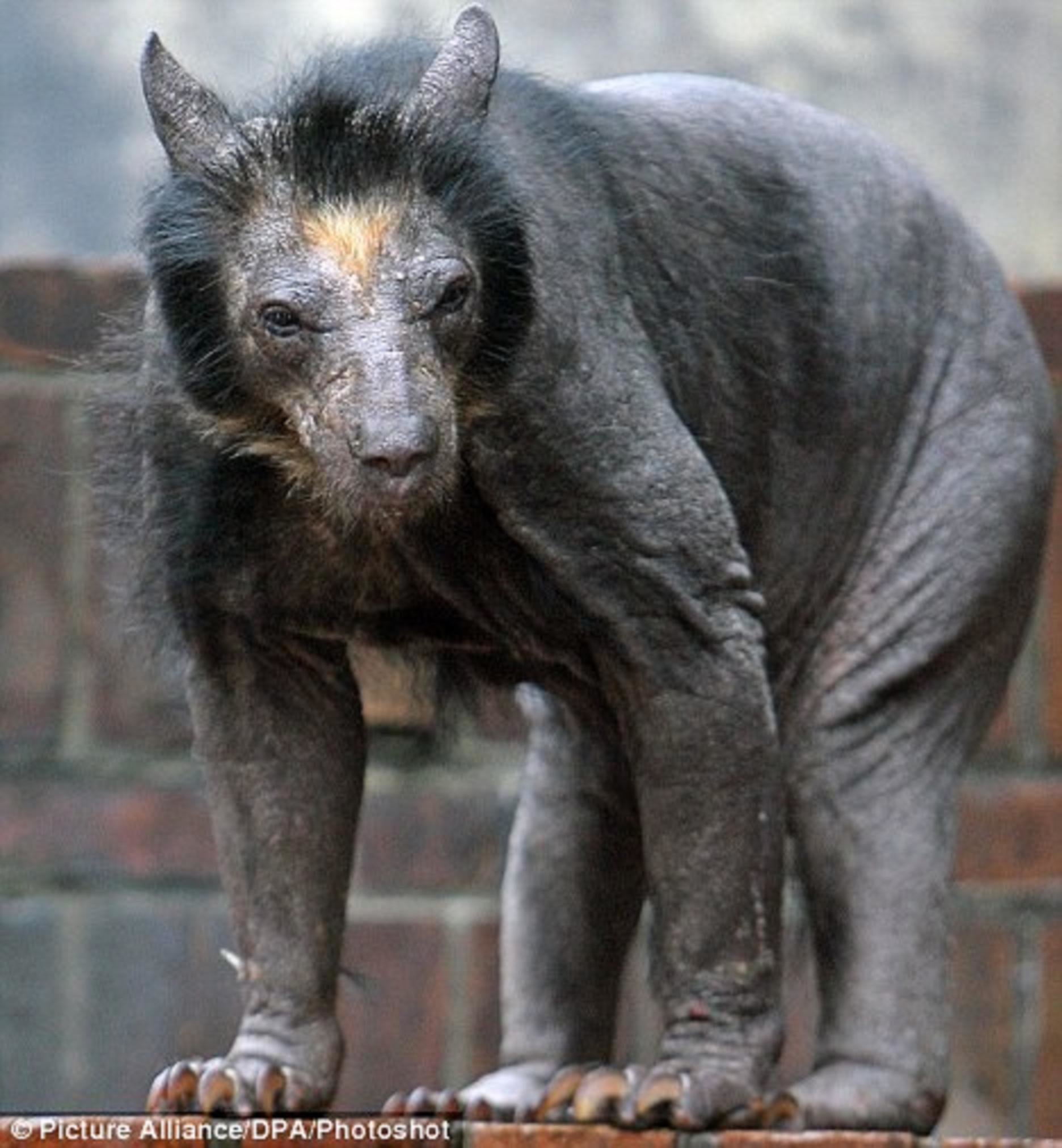 Bears were scary as it is and really fierce. This unshaved Bear just made bears even scarier. 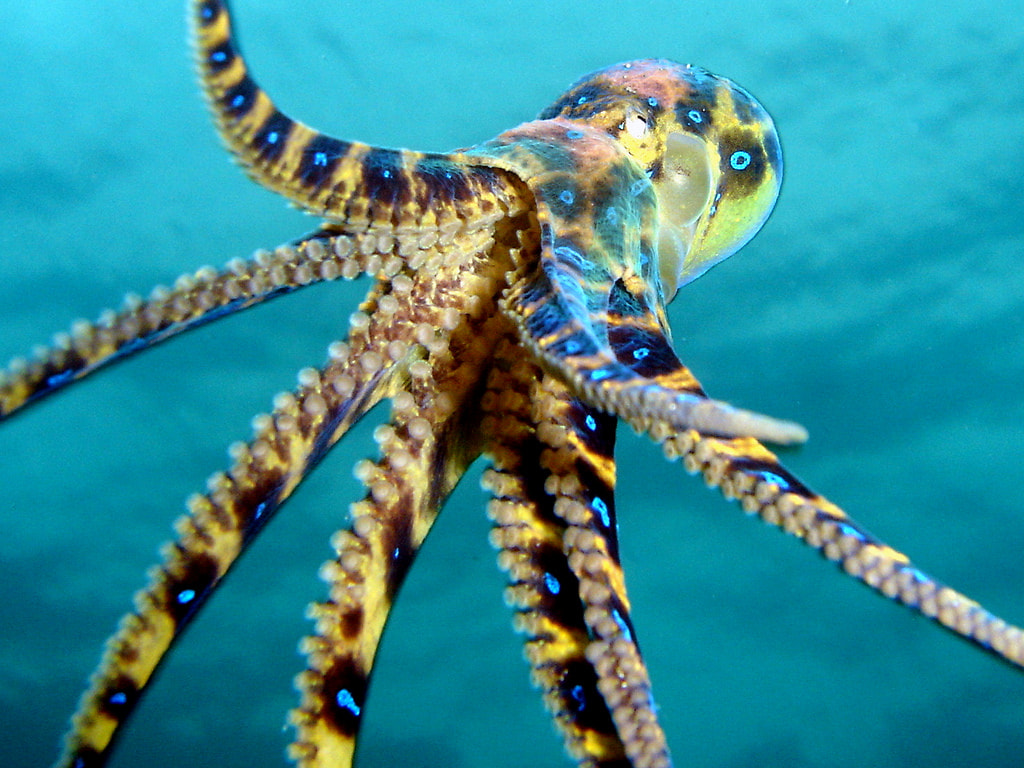 Isn’t that beautiful? The catch is, these blue rings only come out when this octopus feels threatened and if it bites you, you get paralysis, weakened muscles and lack of breathing before you die in minutes of course. 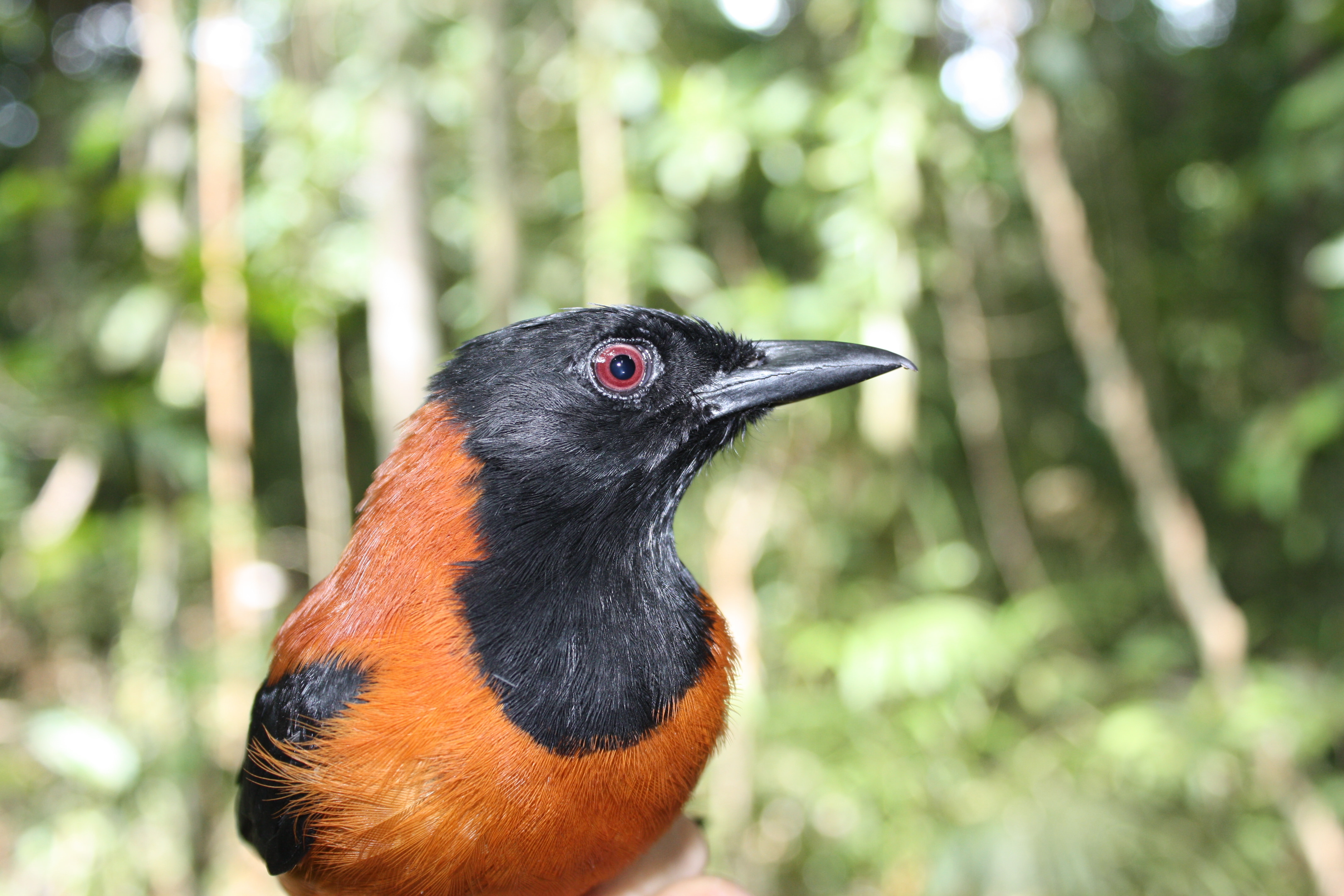 What harm could this beautiful bird do, aww? These bright feathers that make the bird beautiful are indeed toxins and can bring paralysis, cardiac arrest, and sometimes even death. 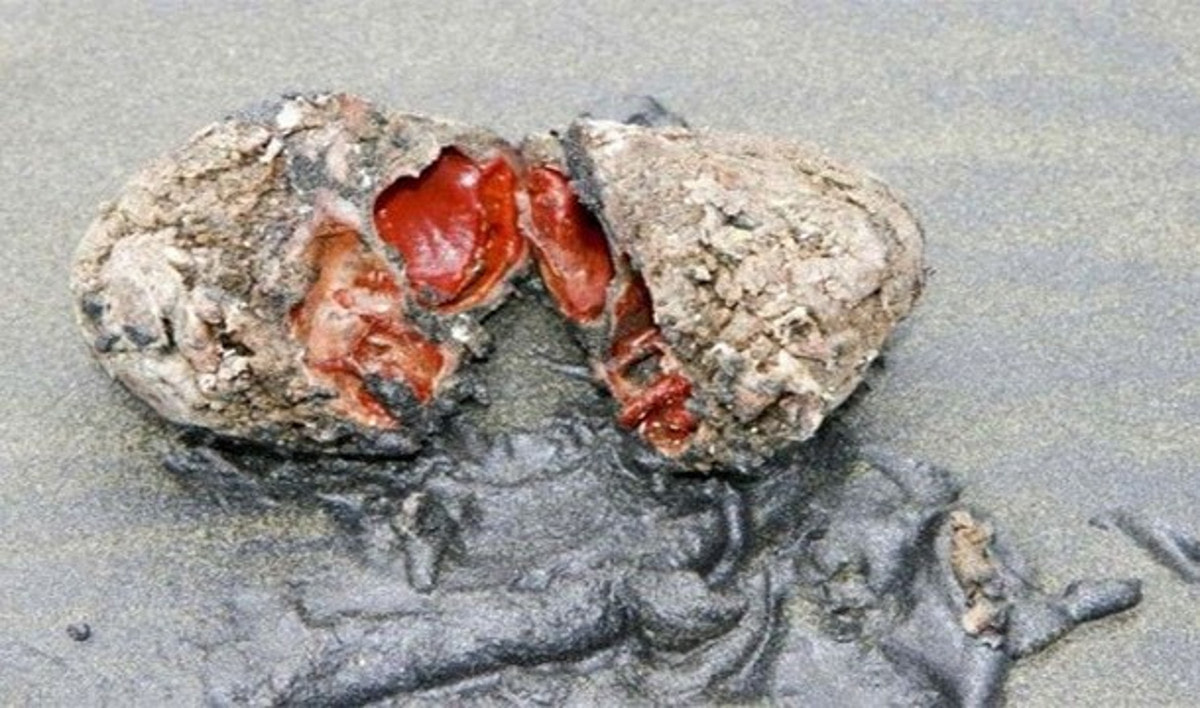 What weird thing is this after all? This is found on the coasts of Chile and Peru and appears like a fake rock until someone cracks it open and sees the monstrosity. 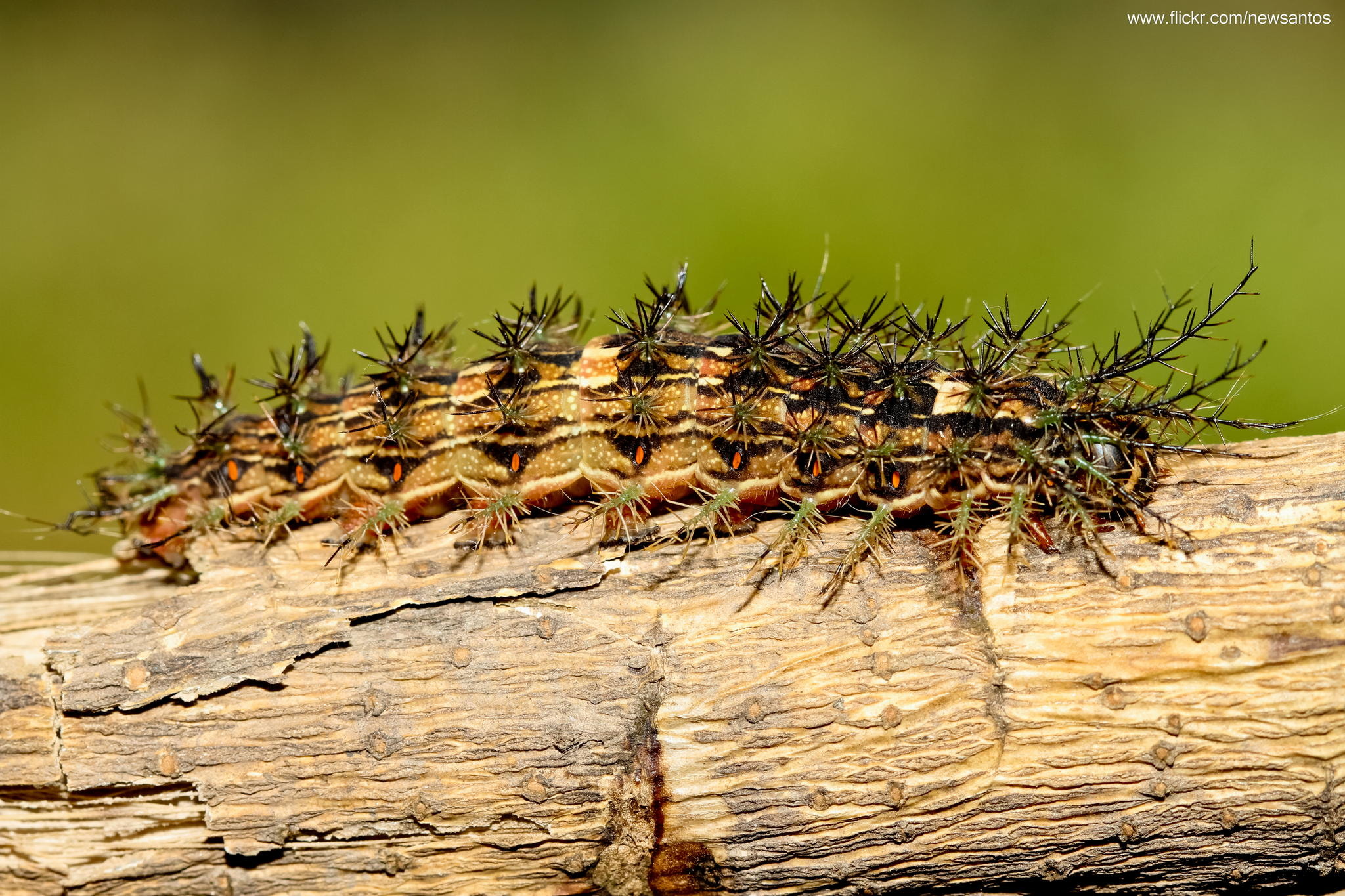 These maybe future butterflies spiked version is so bad for humans that if we touch one, there can be excessive blood clotting and internal bleeding. Worst part? They are found in groups and so they can cause death in worse cases. 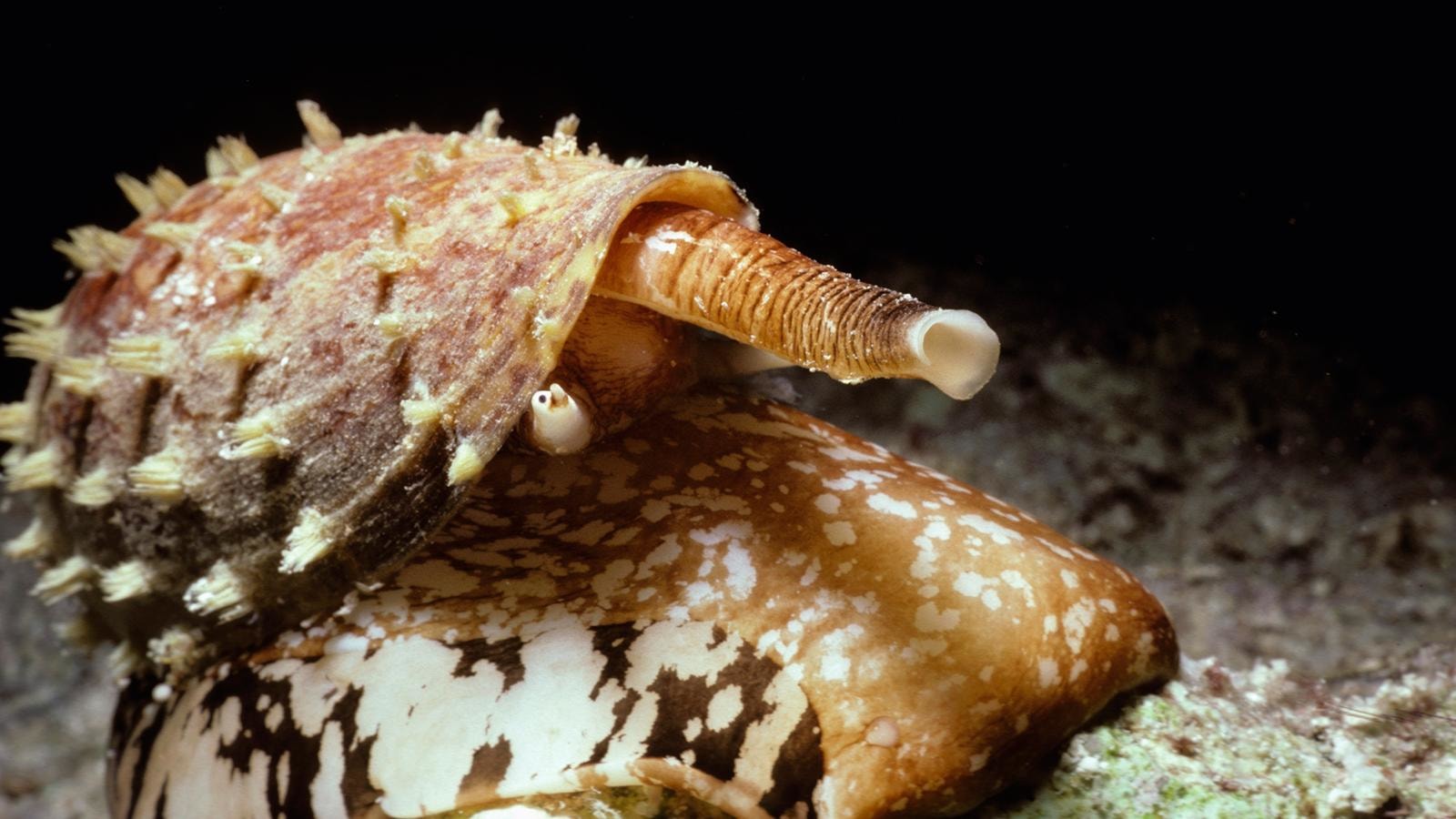 This snail eats fish to live even after being so slow. That’s the courtesy of a harpoon-like tooth whose venom is a combination of around hundreds of different toxins. This tooth is strong enough to cut through wetsuits so, beware of this cute species. 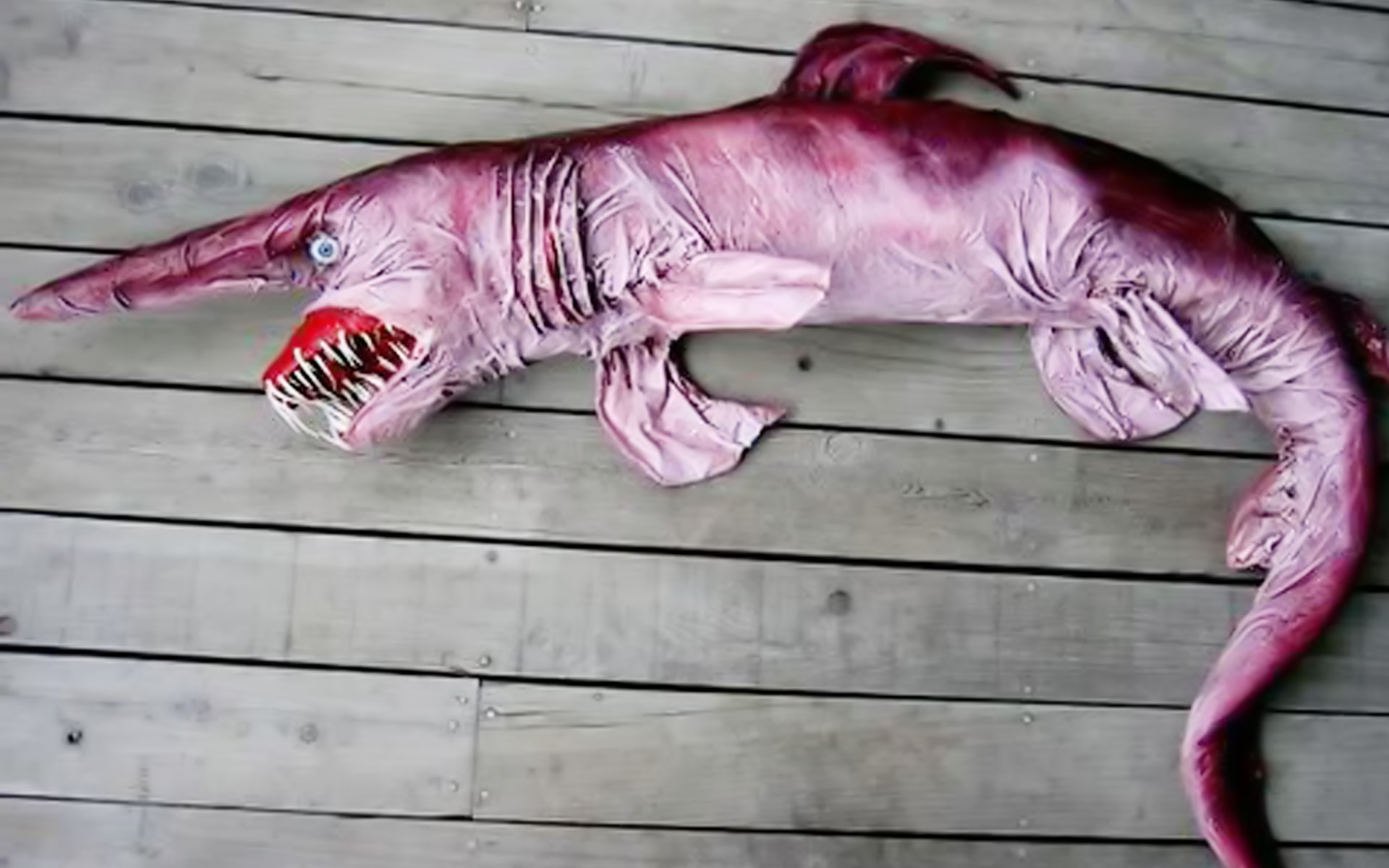 This Gobin Shark gets its name from the infinite teeth it has and is found in the depths of the ocean. Hope it never decides to come up. 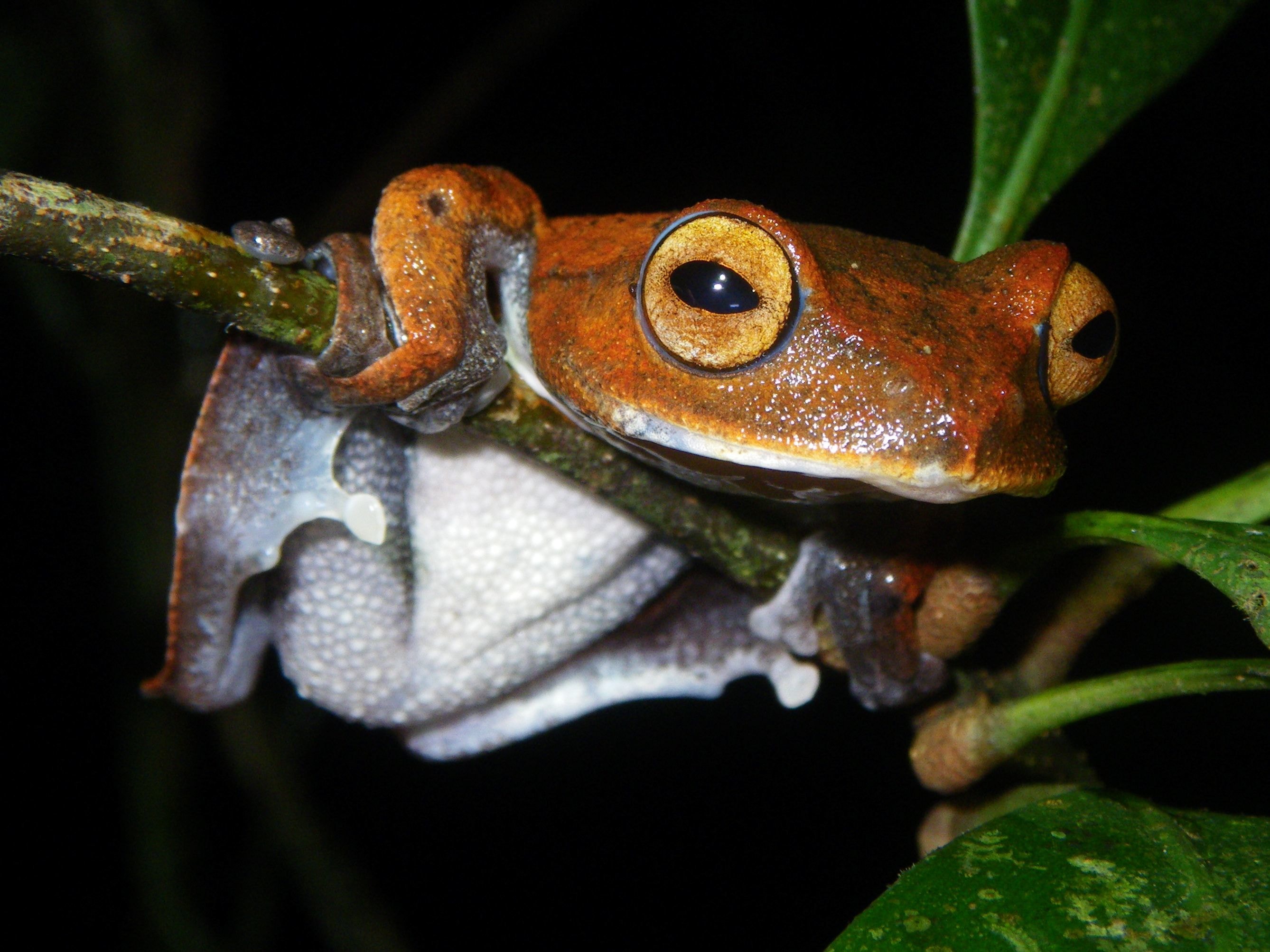 This species of frogs hatch itself by eating the eggs laid by their mother frog. They do so using their tadpole fangs and grow into jumping frogs with fangs. 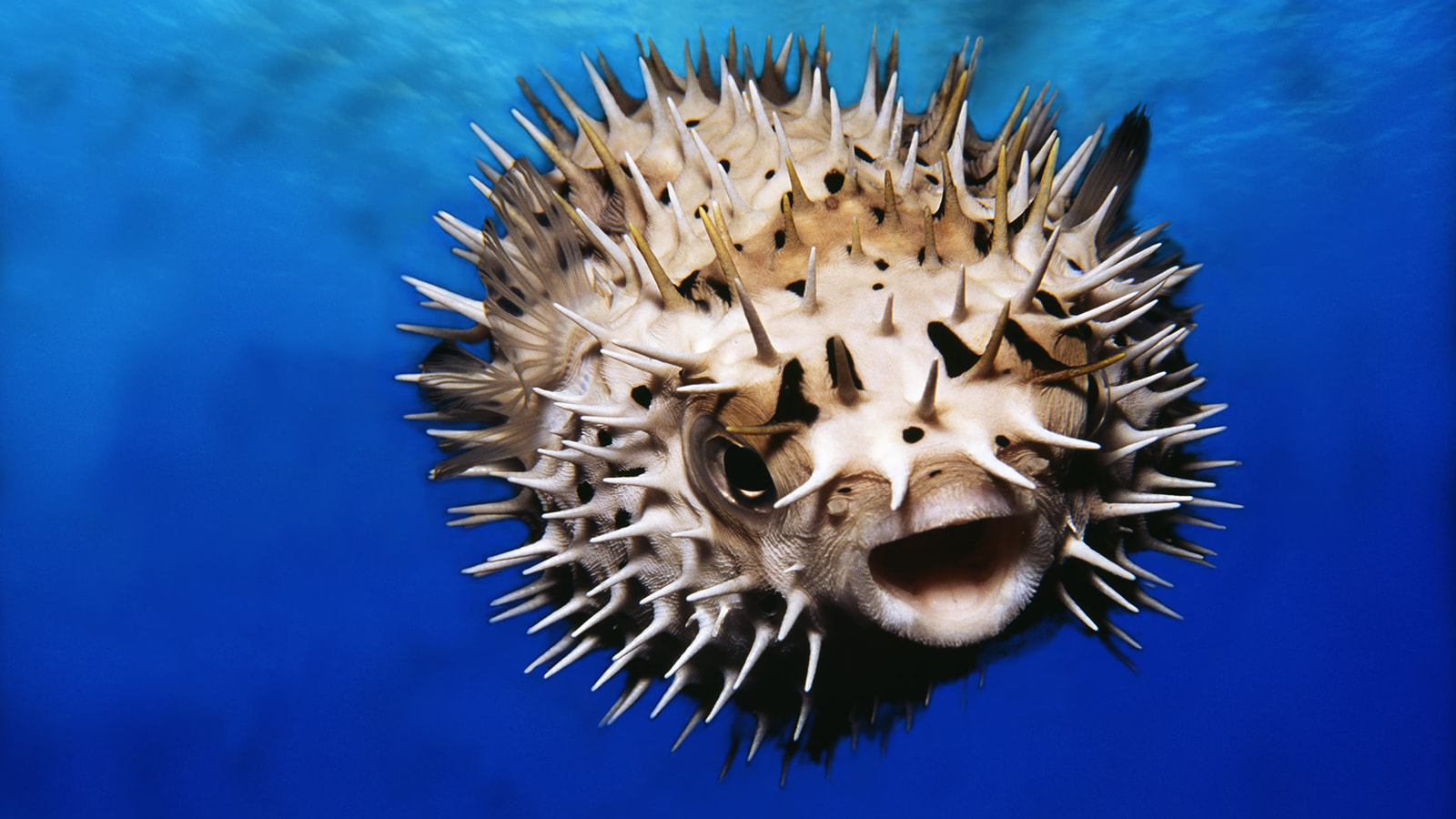 This one has been looked like a sweet one in movies like Nemo but in reality its a prickly ball of potential death. Eating this fish can cause death if not made with the best recepies and filtering out the dangerous parts. 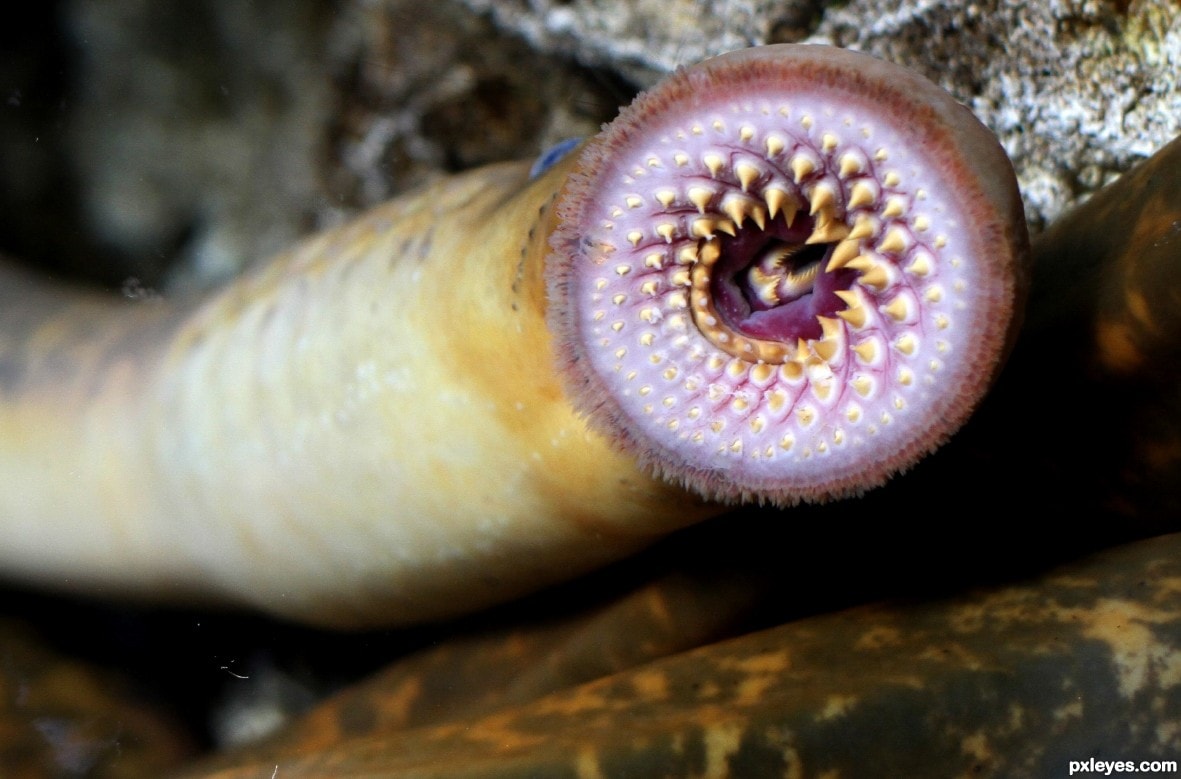 These leeches are known to suck fish dry with their rows of tiny, razor-sharp teeth and suck them dry or tear at them until they’re just bones. These are like mosquitoes, not a part of any food cycle and just make the ocean un-fit. Millions are spent a year to eradicate them to no success whatsoever. 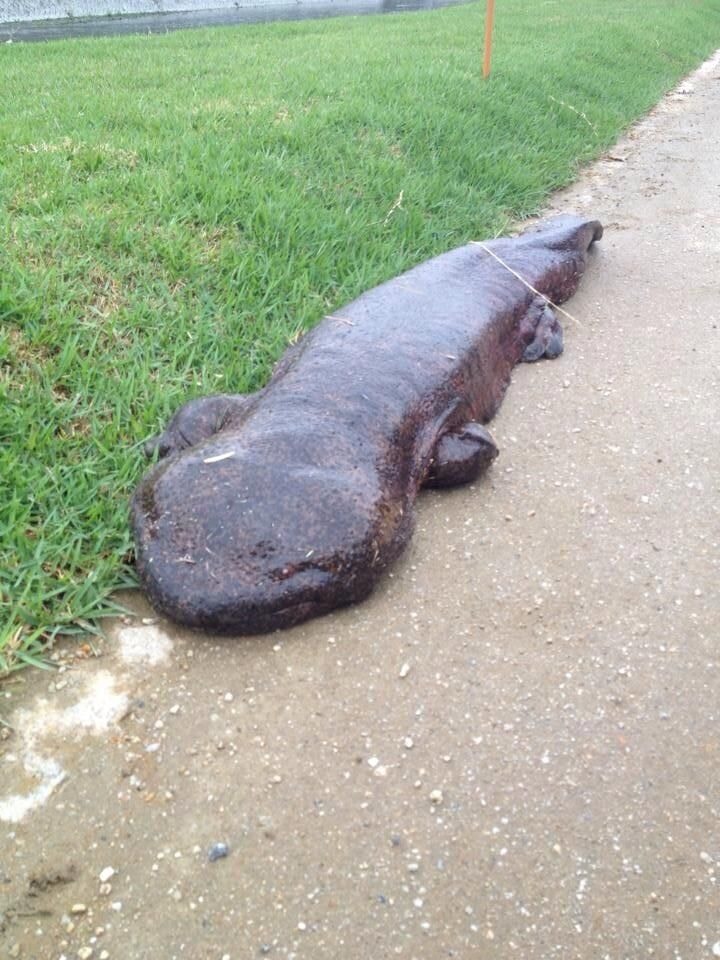 If this wasn’t directly sent to kill me, what was? They secrete a sticky, white mucus that is toxic to predators and can kill anyone. They can grow up to 1.5 meters and can look even scarier than this one in the photo.