Sarcasm.co
Home Society These Are The Women Safety Precautions While Running Alone And The Tweet...

Running is the best fitness mantra for anyone. However, when you are women running alone is a terrible thing due to personal safety issues. Television and comic book writer Amanda Deibert tweeted by seeing a story in a social media platform of women in Burbank, California who are protecting themselves while going alone for a walk or running in the local paths.

Amanda posed a question to her 33.9K followers: “What do you use when you go out running?”. The response from the Runner’s World surprised Amanda. It was instant and enormous. The safety measures each woman are taking to protect themselves are fantastic.

Even though Amanda does go walking regularly, she takes her friend along with her. Once she has experienced catcalling toward herself as well as her four-year-old daughter, and once had to escape into a building when a man followed herself and her friend on the path.

The responses came from the other women in the world are amazing. Self-defense techniques and precautions which includes sharp keychains, to ring knives designed to collect DNA, to canine running buddies and pepper spray. Scroll down, to see the responses of the women to Amanda’s tweet. 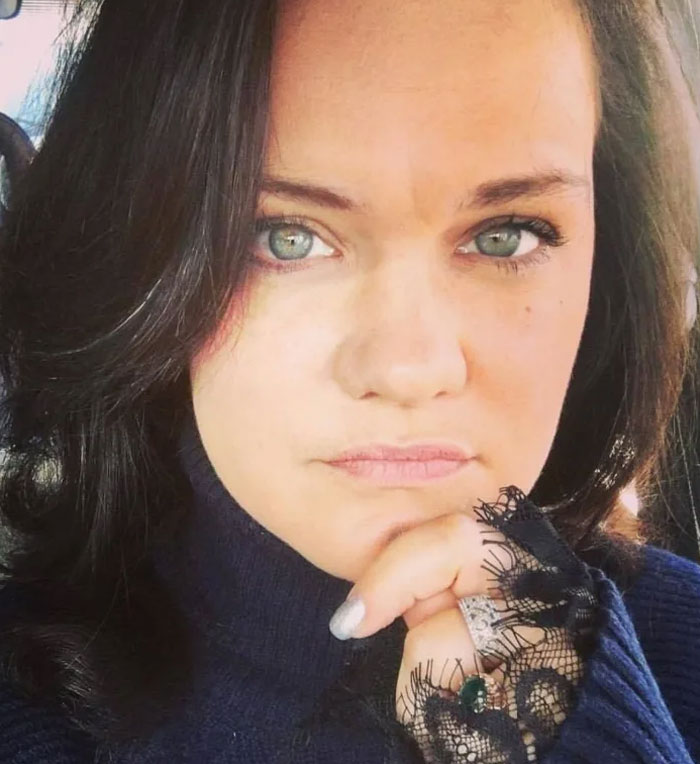 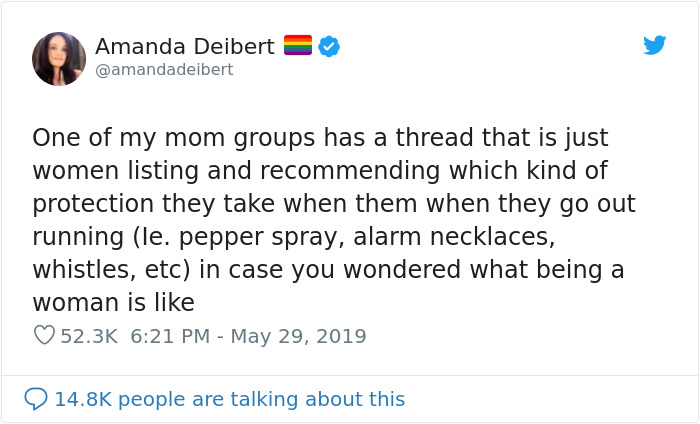 These tweets received a great response. It includes a lot of weapons and precautions 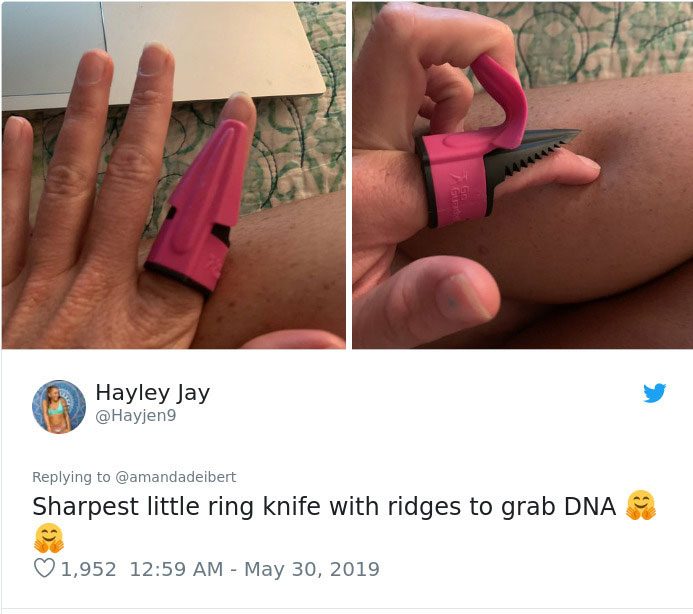 Fisher Defensive Go Guarded Ring is a plastic finger ring is safer and fight off an attacker and even scrape off DNA.

It is a personal alarm which gives screaming siren of 130 dB, which is similar to the military siren.

3. Taking a companion is the best thing 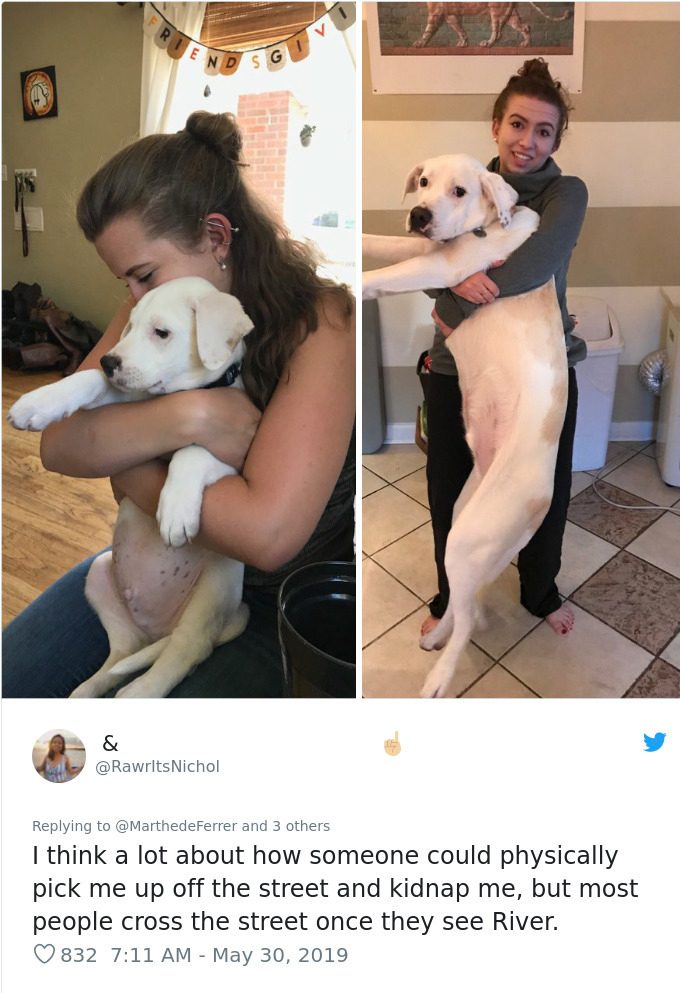 4. The folded knife which looks like a regular key chain 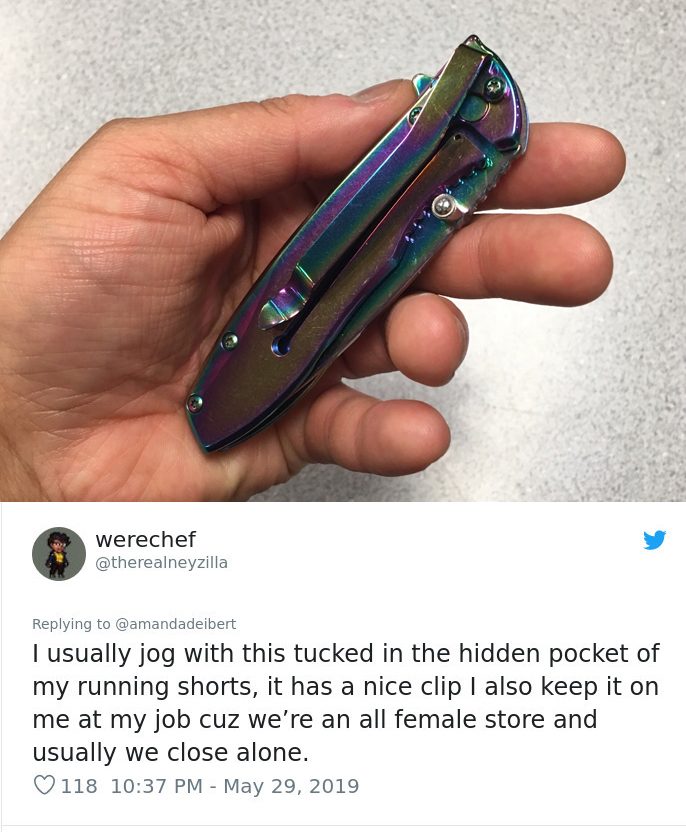 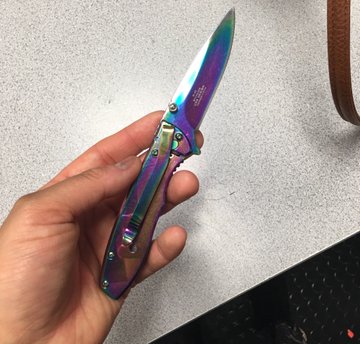 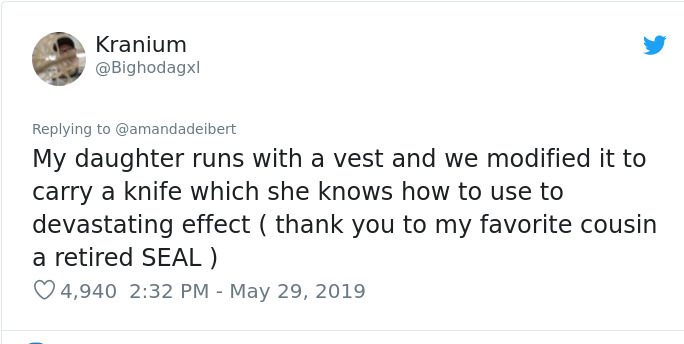 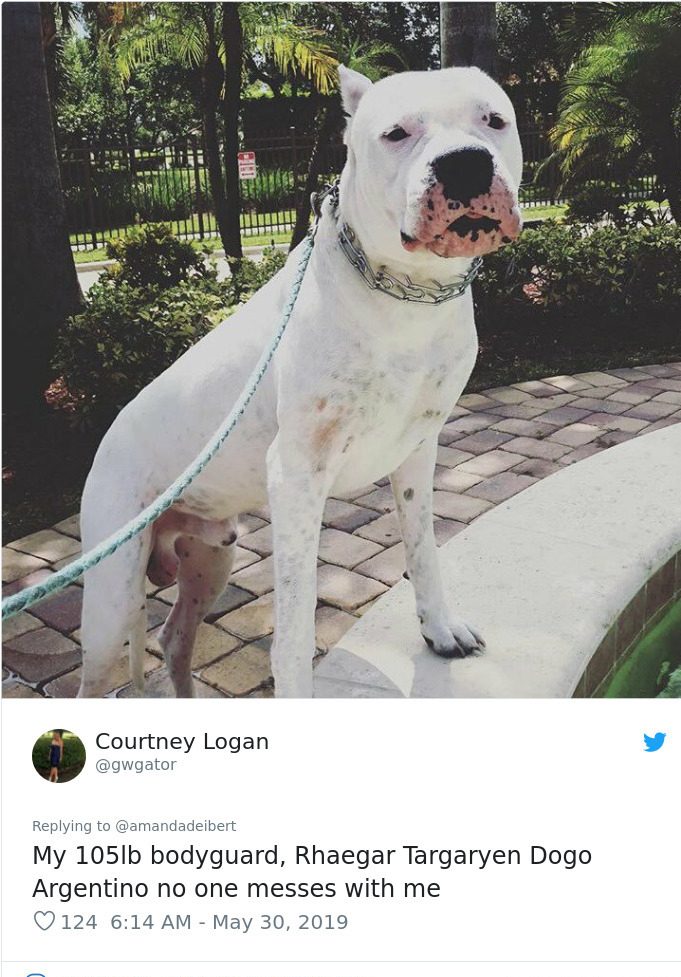 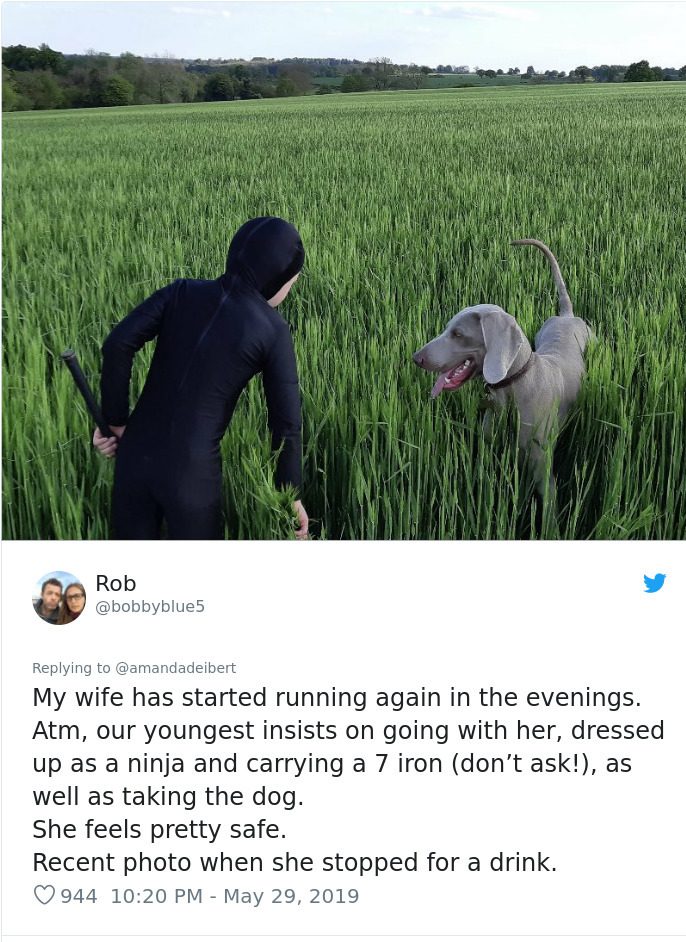 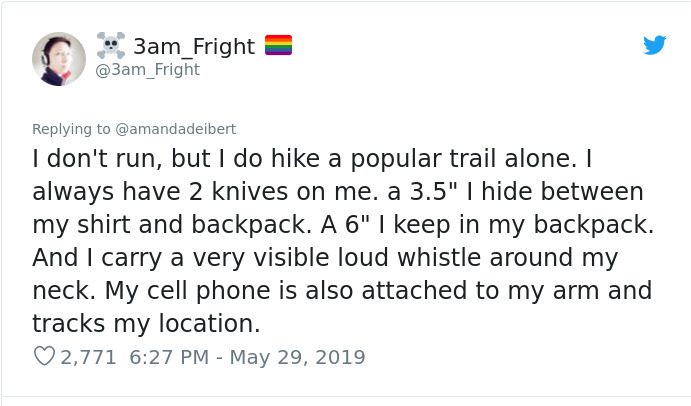 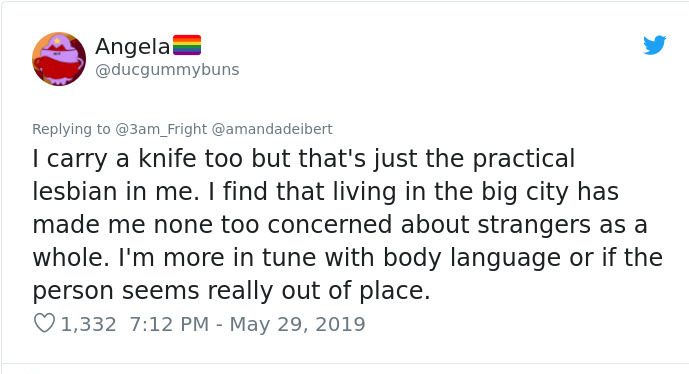 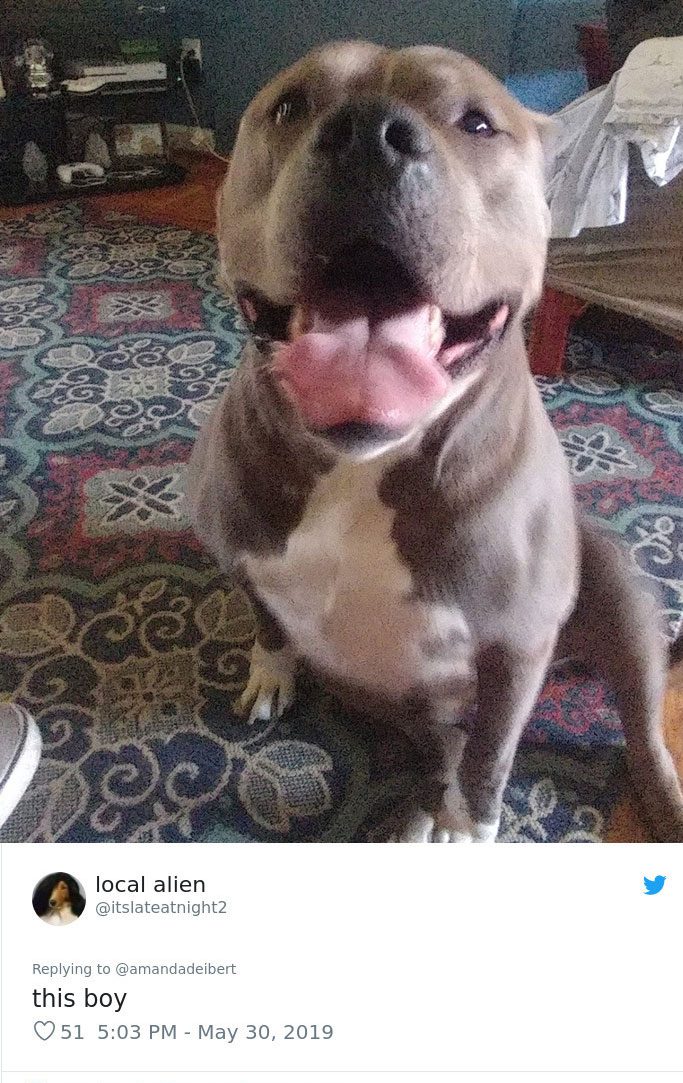 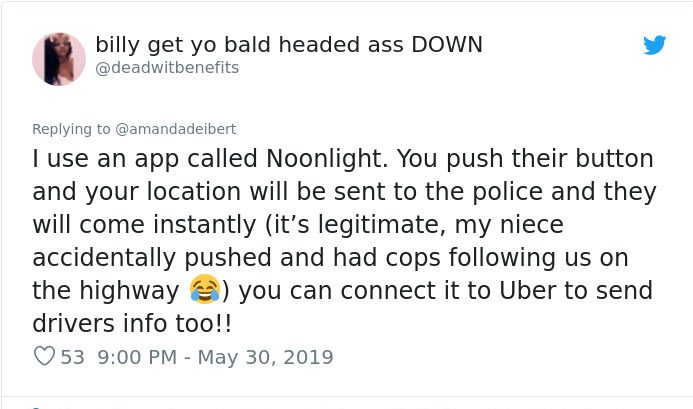 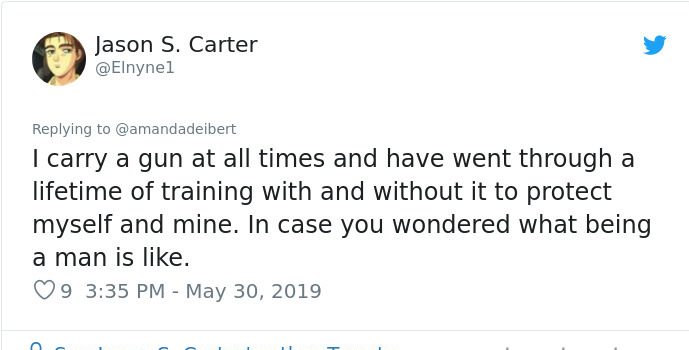 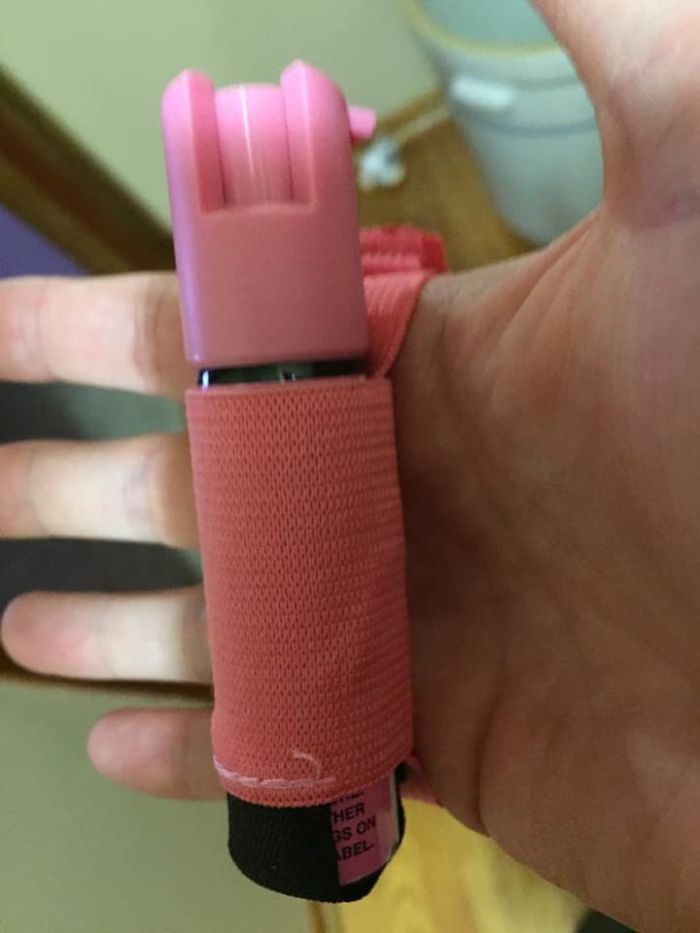 Do let me know how you protect yourself. Do share this article with the woman in your life. Protecting her is your responsibility.

These Micro Tattoos Looks A Lot Like Mini Canvases Of Pop...

Photos That Show The Struggle Of Living With Your Family