critics We always watch Tv and wonder how do these celebrities look so perfect all the time? I mean, their acne doesn’t show up, they got no dark circles, and hell they don’t even have wrinkles. Well, they are aliens, like all of us they too go through different changes with passing days. But, what hides them all is brilliant makeup, and believe me, when I tell you, you won’t be able to recognize these beautiful celebrities without makeup!

You won’t be able to recognize even your favorite celebrities without makeup! 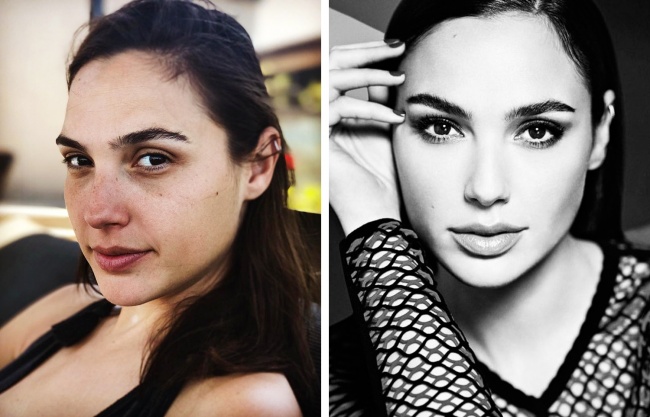 Well, she definitely looks way different than she does on screen but honestly, she looks really cute even now. She prefers a really low tone makeup when she’s out for a shoot. 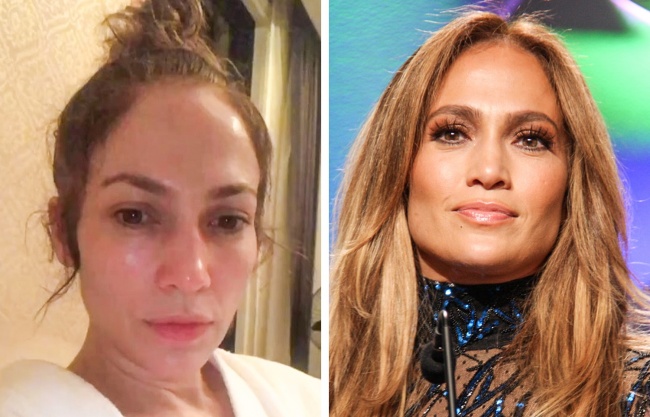 As stunning as she looks on stage, Jennifer Lopez doesn’t really look the same without makeup. Well, one thing’s for sure people are still hooked on to her like a four leaf clover! 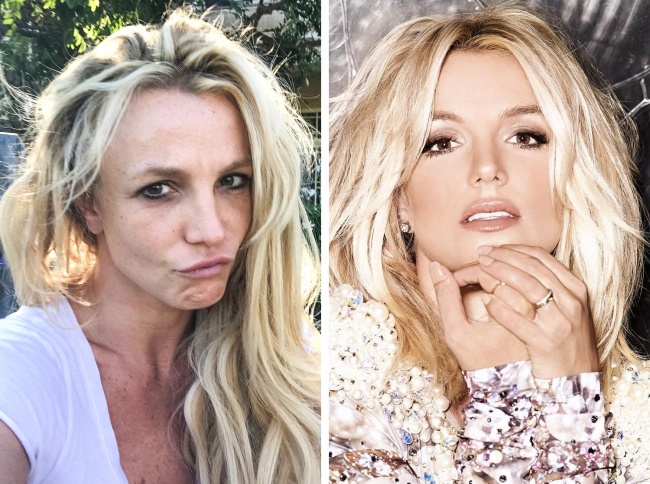 The Queen of Pop looks much different than what we usually see. Well, Britney is rarely ever seen without makeup in public, but she prefers to stay natural at home. What can we say, we still love her! 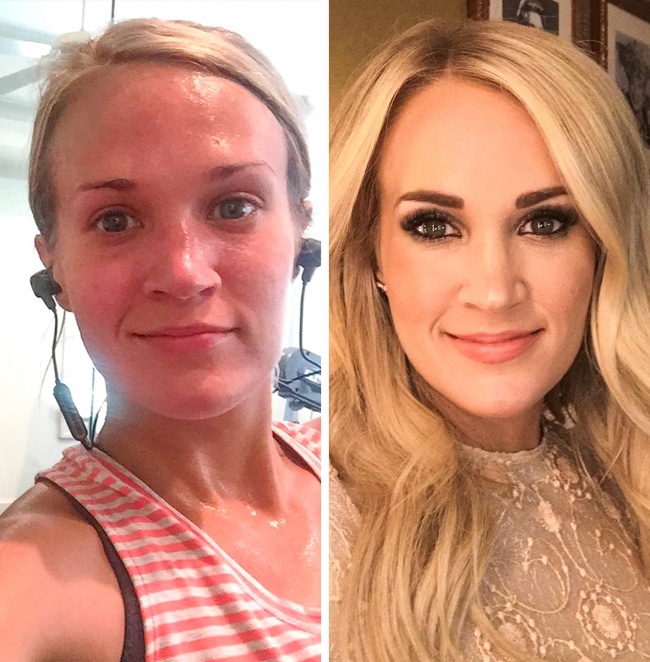 It doesn’t matter whether she puts on makeup or not, her talent is gonna cover it up all for her. The winner of three Grammys and is definitely and a combo of talent and beauty. 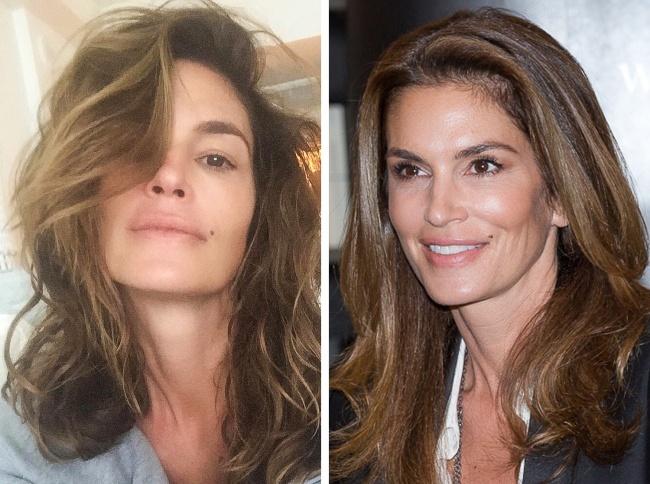 One of the most famous supermodels of the 1980s and 1990s, Cindy has featured in magazines like Elle, Vogue, People over 500 times. But, this beauty too looks different without her makeup. 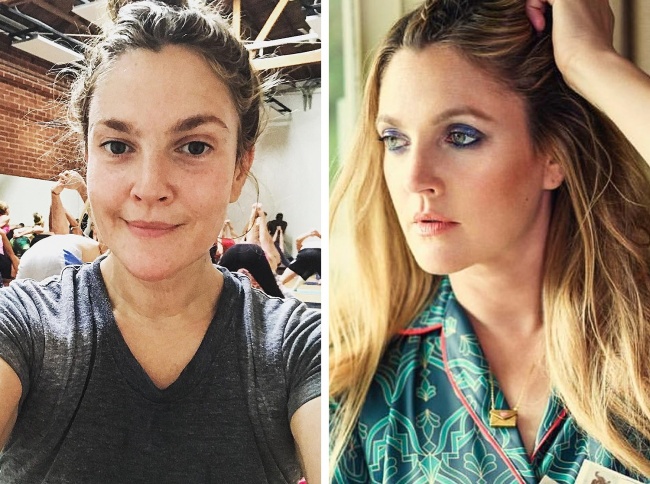 Drew definitely keeps it as real as possible when not filming. And honestly, I think she looks way cuter without makeup than she does with makeup on. 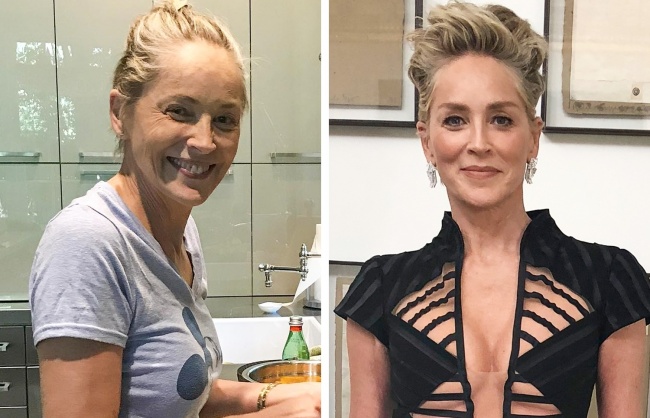 One of the most sensual personas on Television Sharon Stone looks unrecognizable when it comes to seeing her without her makeup, but she can still make a lot of people fall in love with her, for her looks. 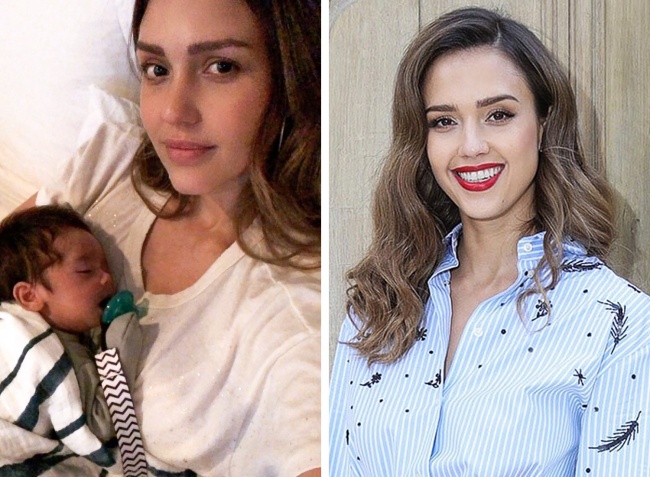 When it comes to makeup, Jessica Alba has been wearing it since the age of 13. But, she looks every bit beautiful without makeup as she does with her makeup on. 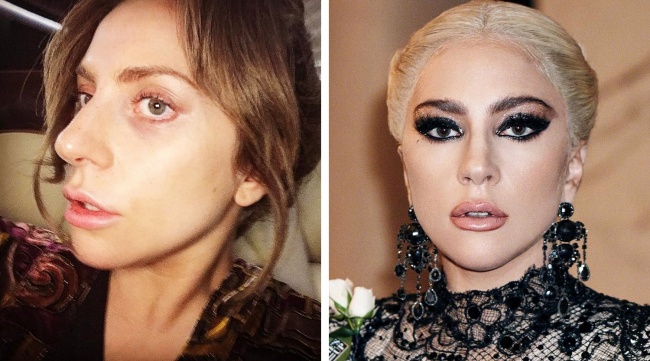 The person who is known for her style statements that have its own fair share of critics looks completely a different person with her makeup off. But, we still love you Lady Gaga!

She is often featured as one of the most beautiful people in the world. But seeing her without her makeup, one would hardly recognize her on streets. 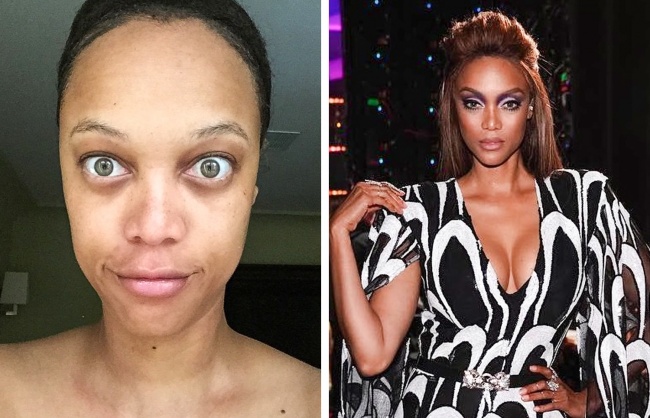 She is deemed as one of the most influential people on social media, and for good reason. Tyra was the first to encourage people to upload their selfies without makeup and be proud of your natural beauty. Though she looks a bit different but powerful all the same.

No matter how she decides to dress up as, with or without makeup she still manages to look stunning either way! 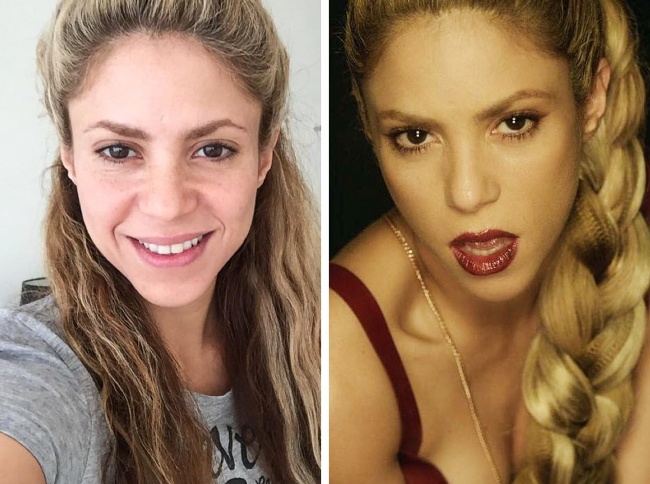 read also: You Would Be Shocked To See How Your Favorite Hollywood Celebs…

Celebrities And Their Bizarre Internet Histories

10 Facts About The Plus Size Model Ashley Graham.