Sarcasm.co
Home Confessions This Artist Shows Contrast Between The Two Worlds We Live In By...

We live in moments wherever that may be. However, around the world, there are a number of contrasting moments that people in those places live. While some parallels can be drawn between two events in two parts of the world, they are poles apart as far as their characteristics are concerned. While in one part of the world women are walking the ramp in bizarre dresses, in some other part of the world, there are women and children in torn and somewhat bizarre dresses, but the background of the two are starkly opposite. While ramp walking and fashion show is a signature of opulence, the refugees walking almost barefoot with their children in tow are struggling for basic needs – food and place to stay.

This is what the artist has enlivened through his artwork where he has combined two photographs in a way that shows the contrast between the two worlds. He is Ugur, an artist from Turkey. He has endeavored to depict the sad realities of the world like social injustice, atrocities in the war zone, etc by contrasting those against justice and peace in another part of the world. For this, he has combined two peace and war pictures in a single frame.

True, an image can be more effective in conveying messages than anything else. You don’t need to use complicated jargons to describe a situation. Just a properly taken and edited photo can say a thousand words regarding a crisis. This is why art is used to raise awareness about various social and other evils. It is also the medium which can give a call to action for a very long time. This is why the artist has turned to art to showcase the evils taking place in different corners of the world. The desire of Ugur is to realize the vision of Mustafa Kemal Atatürk who had a penchant for peace in his country as well as in the World.

Whether he is able to invite the attention of the political master of the world is for everyone to see. However, what he can surely do is to grab the attention of many people across the globe. 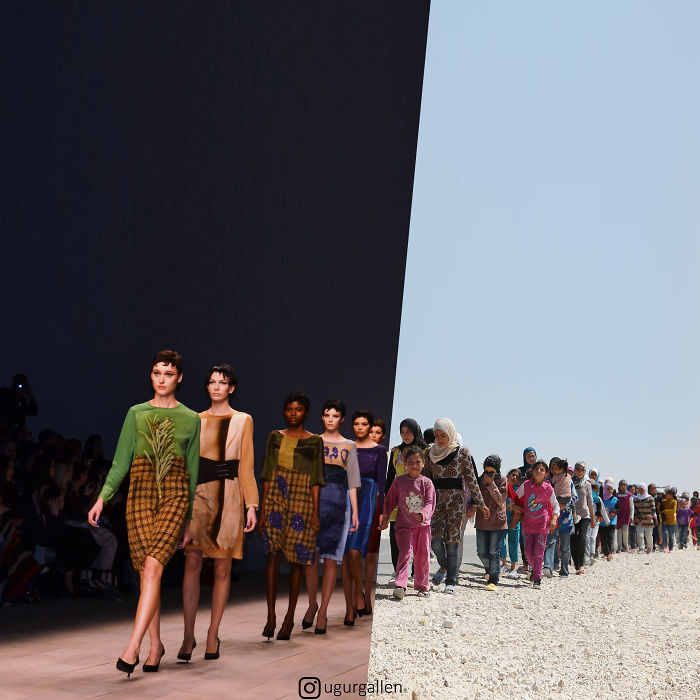 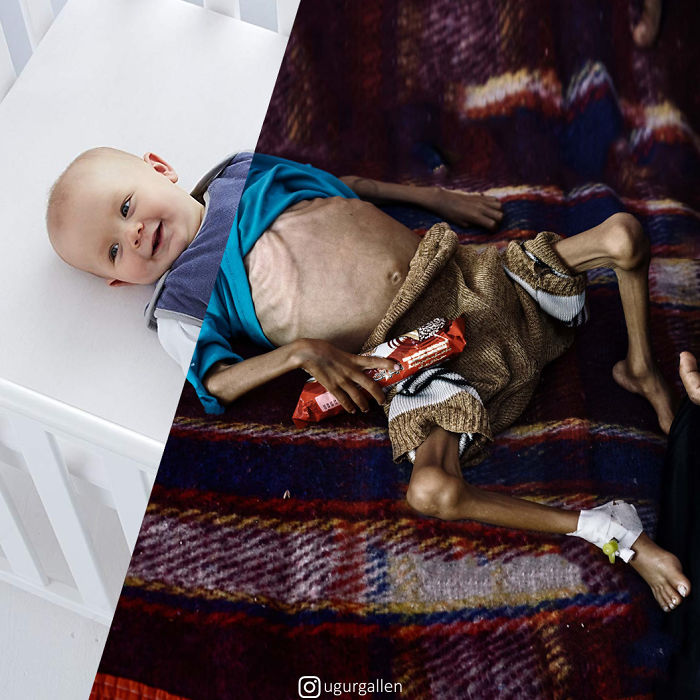 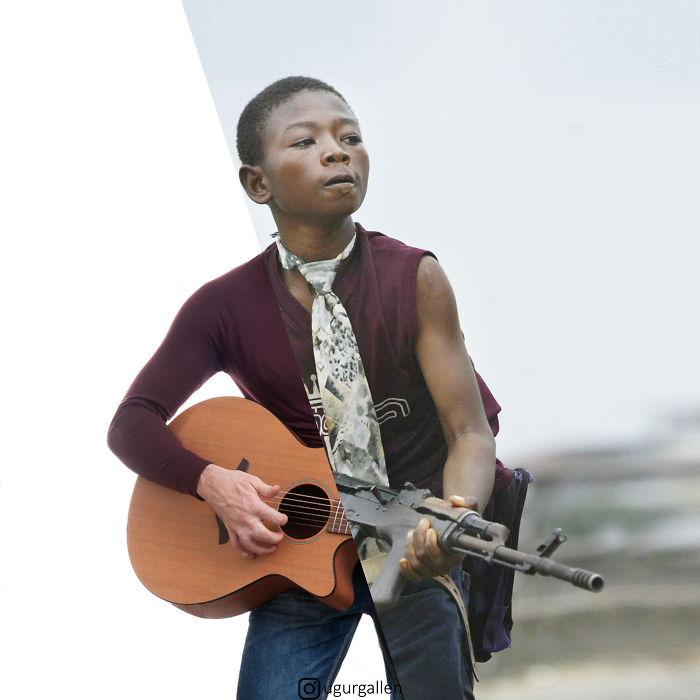 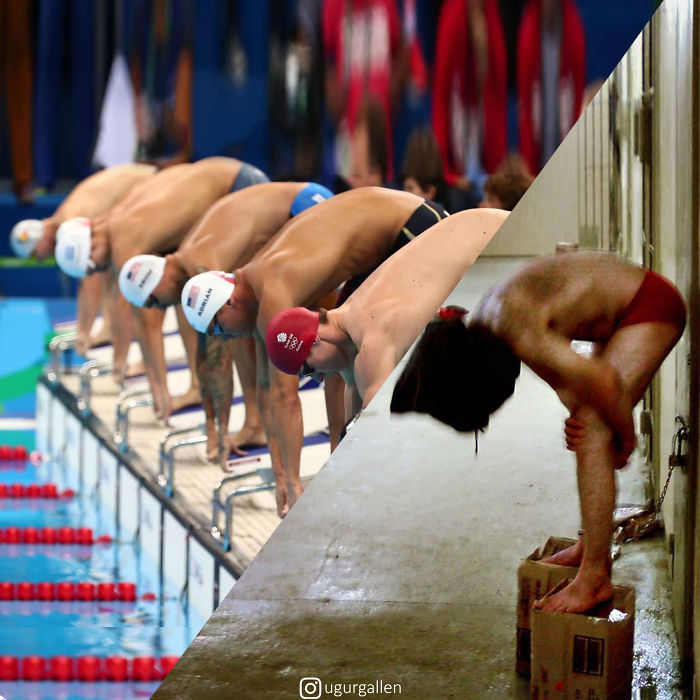 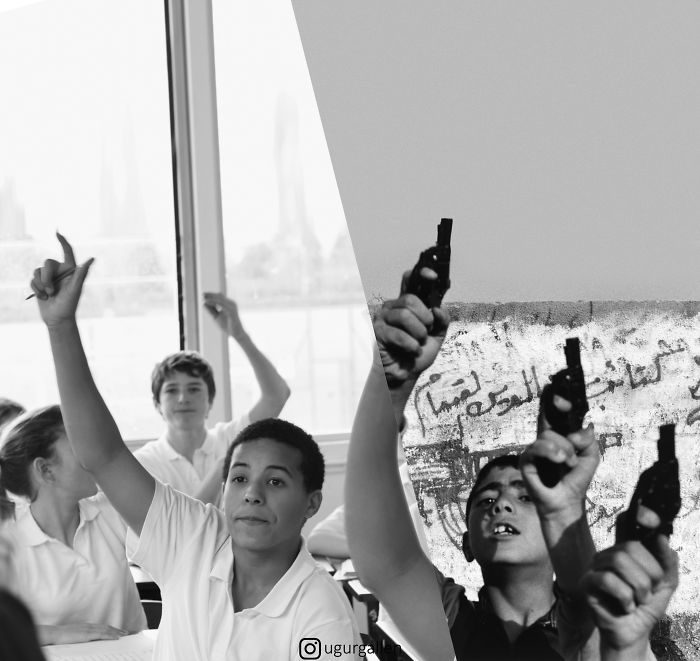 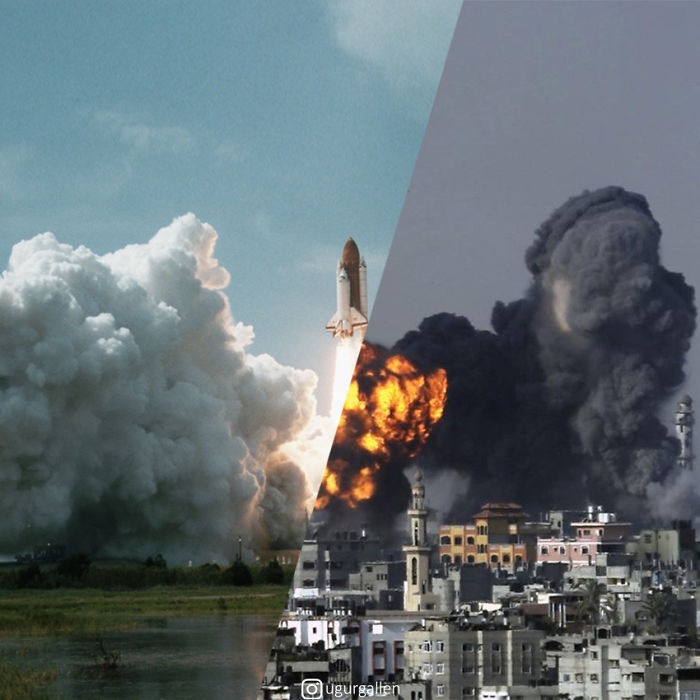 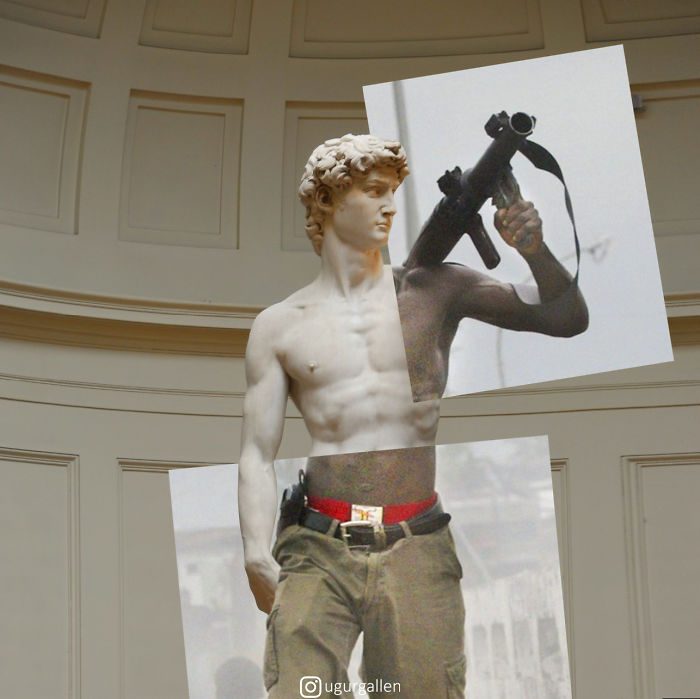 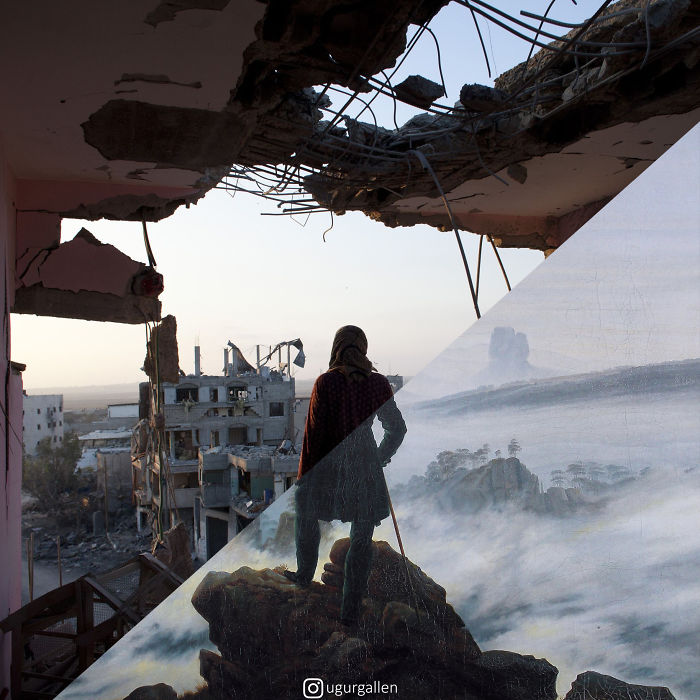 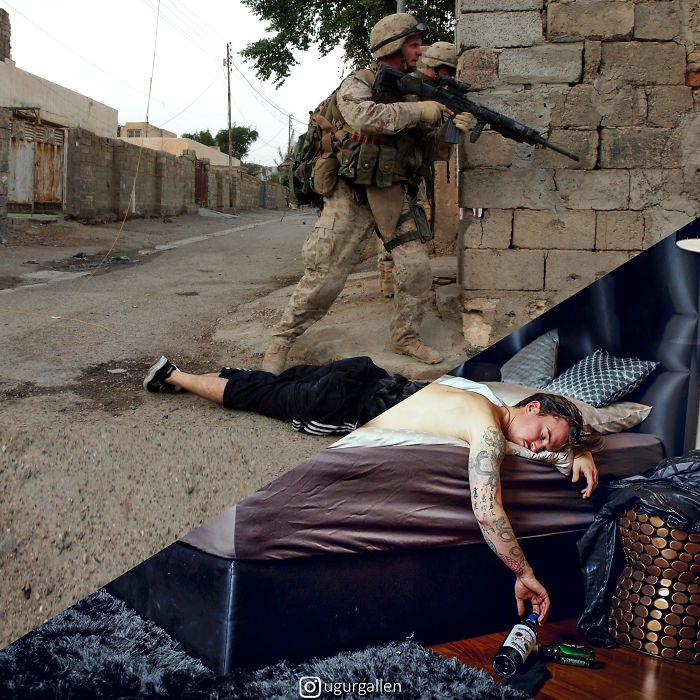 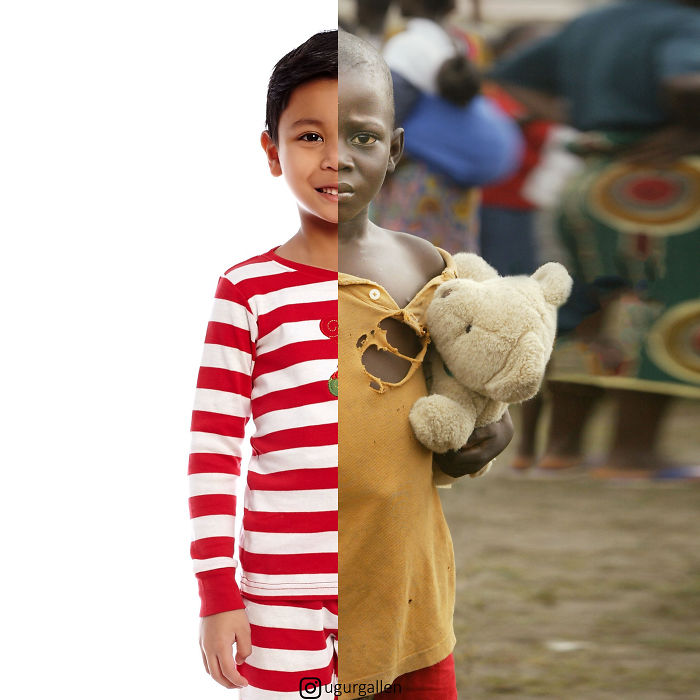 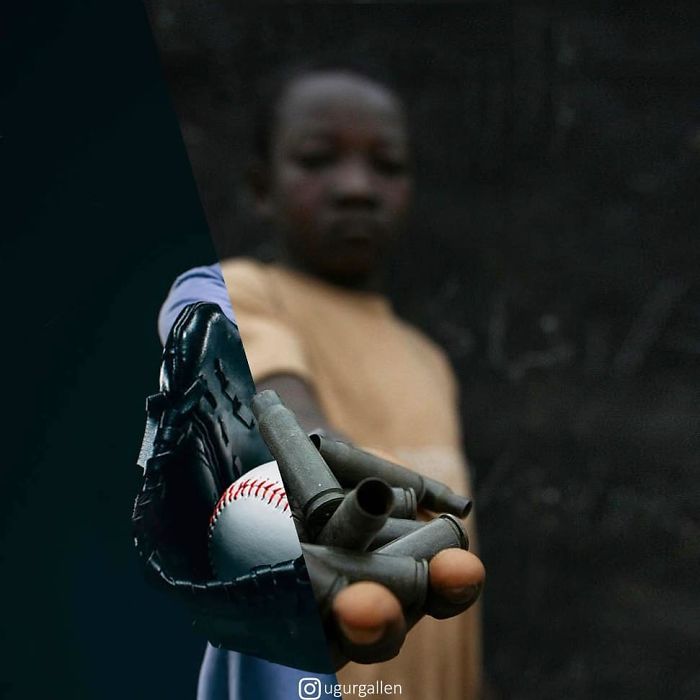 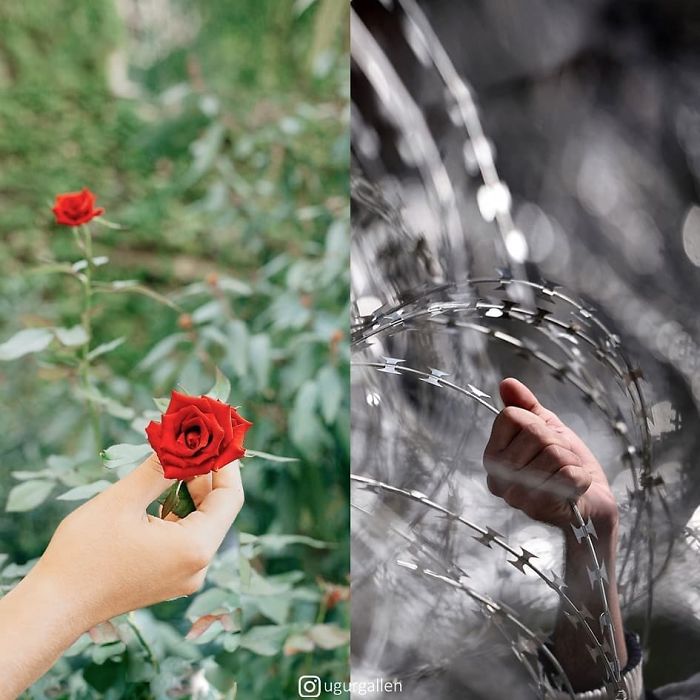 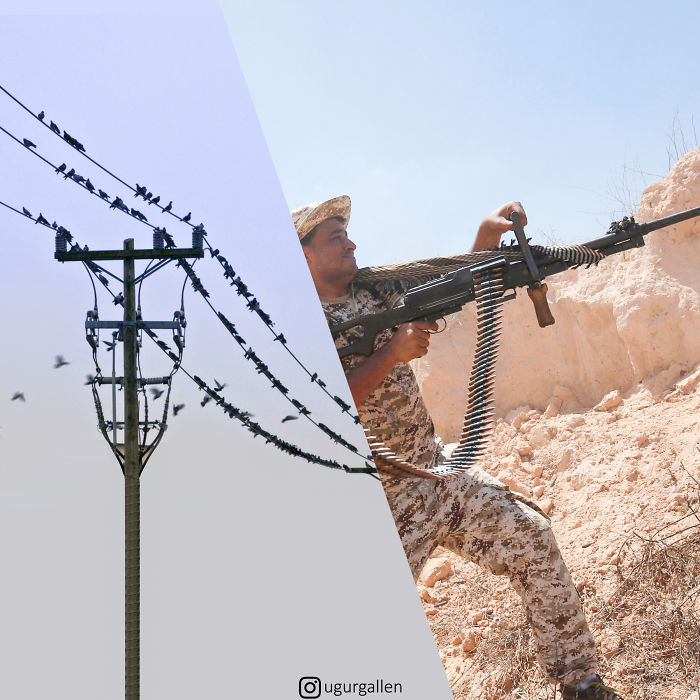 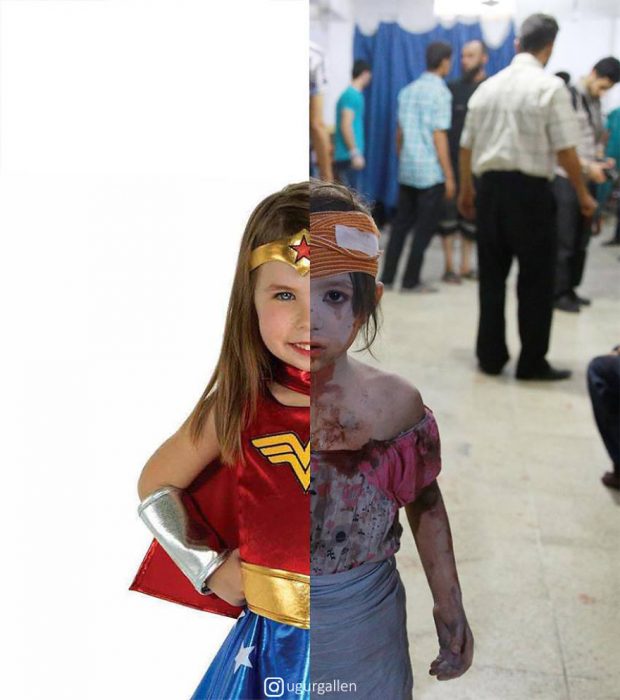 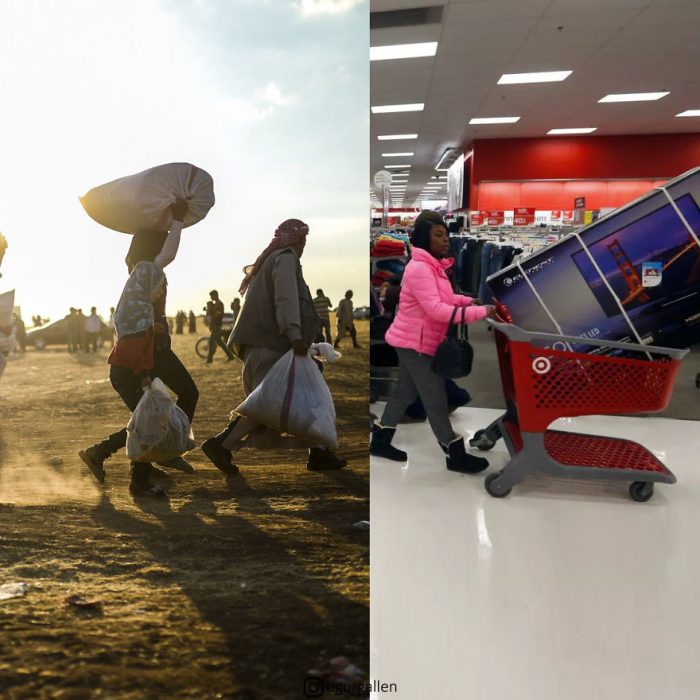 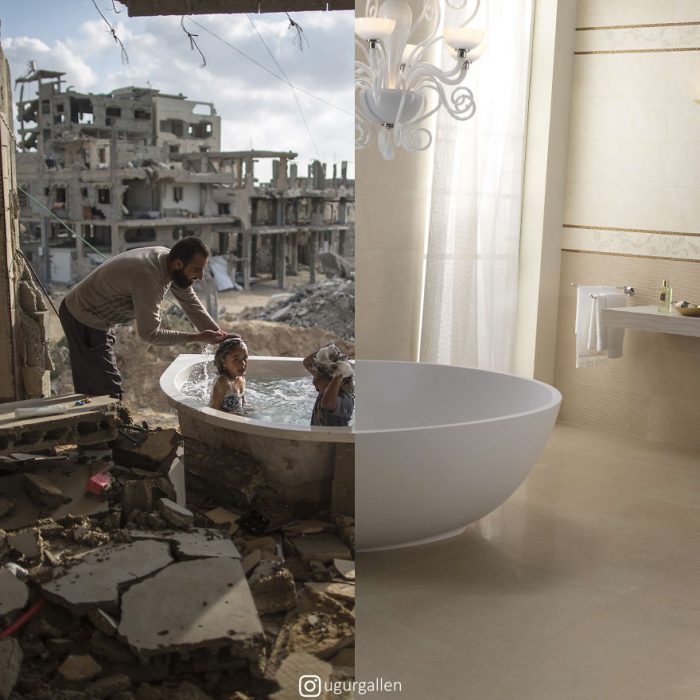 18 Tinder Horror Stories That Will Make You Puke On Your...

19 Juicy Secrets Girls Keep From Their Boyfriends That Will Make...