Sarcasm.co
Home Art & Design This Artist’s Hilarious Comics On Anything And Everything Will Warm Your Heart

This budding artist has always wanted to be an artist – to be specific to a comic artist. However, he never felt that he was good at drawing comic figures even though he has started scribbling from the age of 7 years. His first comic figure was inspired by the concept of imagining his elder sister as a superhero. He did scribble something on the paper only to be rebuked by his father. However, he did not budge. In fact, he waited till 27 years of age and attempted his first mature comic series. Needless to say that it was not a perfect one. Yet, it was not meant to be perfect. It was meant to make people laugh and share with others. He was happy since people began to accept his comic series and it kept on growing. It is then that the artist went the whole hog to write and scribble comics about anything and everything. His choice of comics covers superheroes, cannibalism, anxiety, and the time he spent in Japan.

The goal of all his comics has always been to make people laugh and he has been able to fulfill his desire. He has been able to make people laugh with whatever inspires them to make a comic series about. Nevertheless, the first comic he shares is a comic about his own failures and desires in the world of comics. In fact, in the first comic he depicts how it has grown from a scribble to a full-fledged comic depiction through intermediate stages of rejection and frustration. This first comic of the artist is a kind of inspiration and an expression of the spirit of the saying “failure is the pillar of success”. However, there are some of his comics which are outright hilarious like the one on failed tattoos or the one about his life in Japan and capability in the Japanese language.

The artist goes by the name ‘Becks’ and you can see some of their work below. 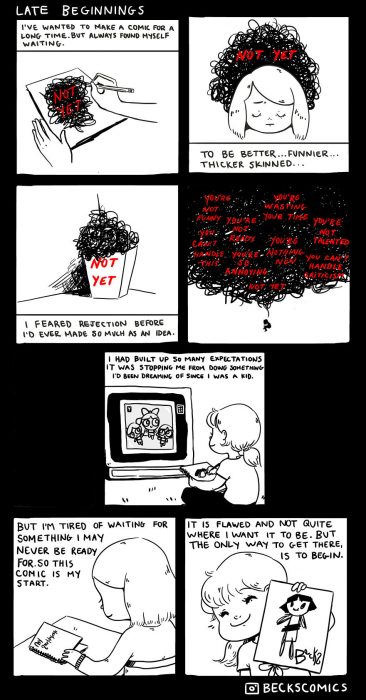 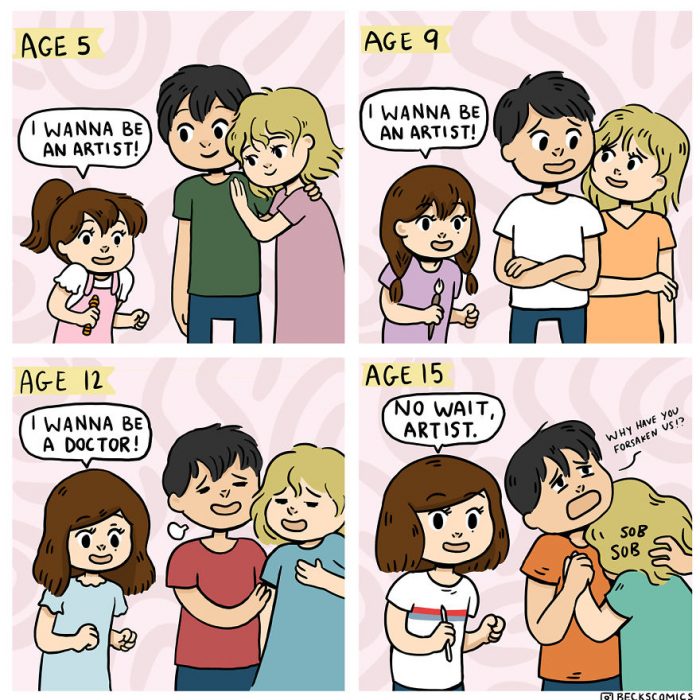 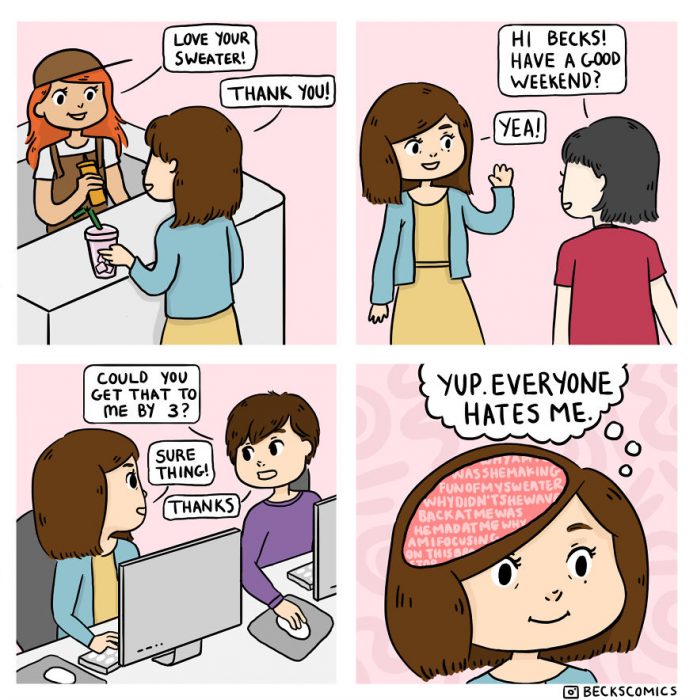 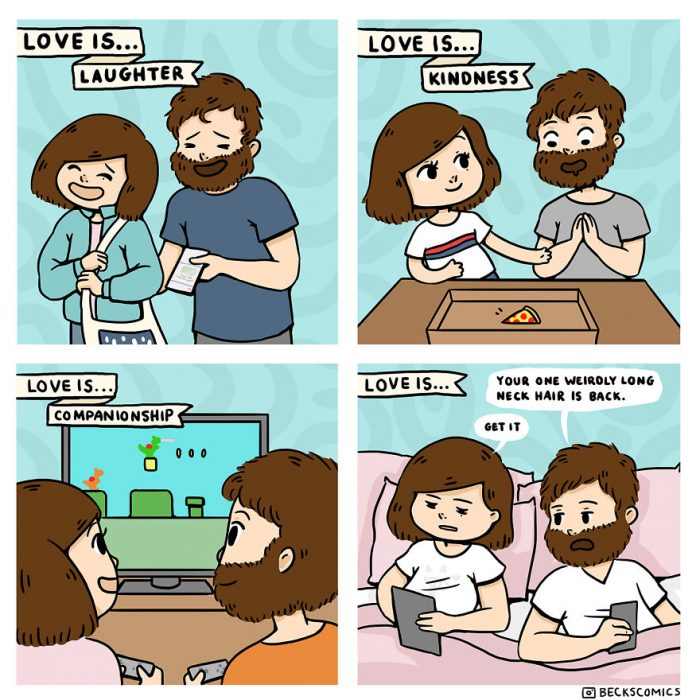 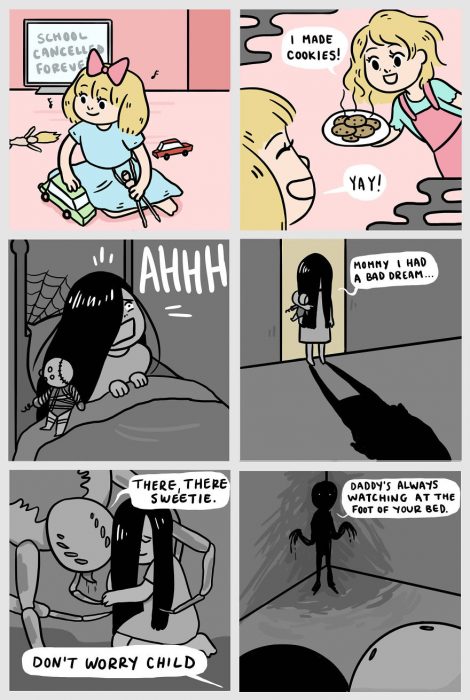 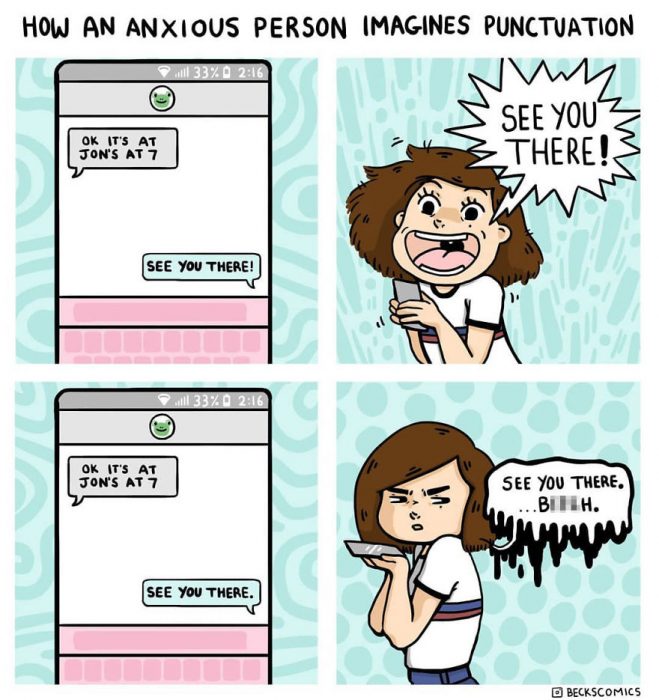 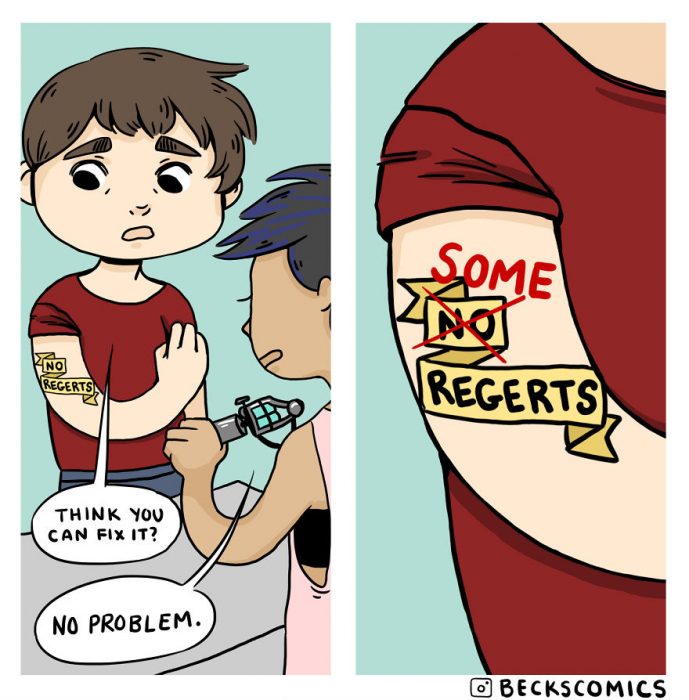 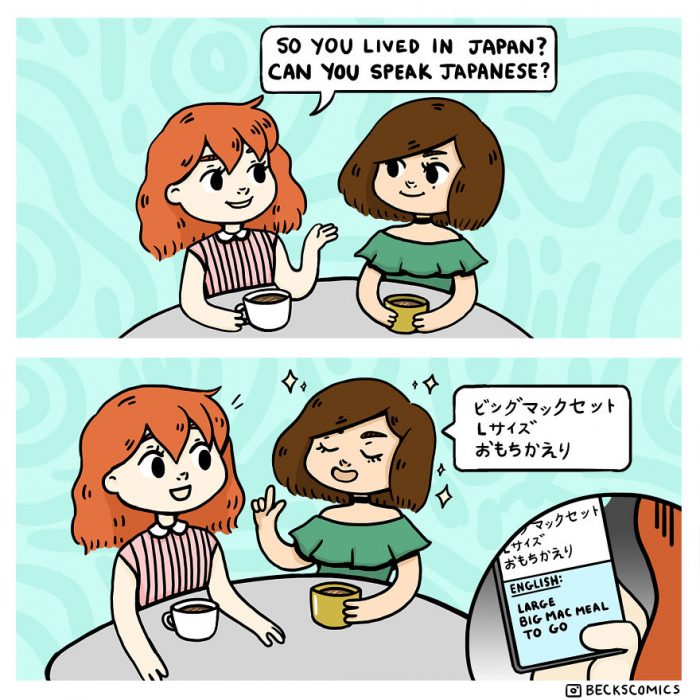 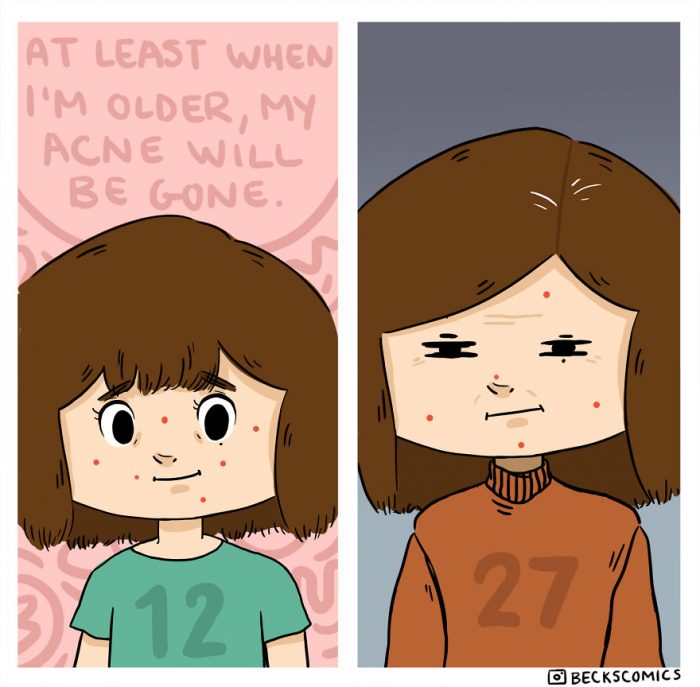 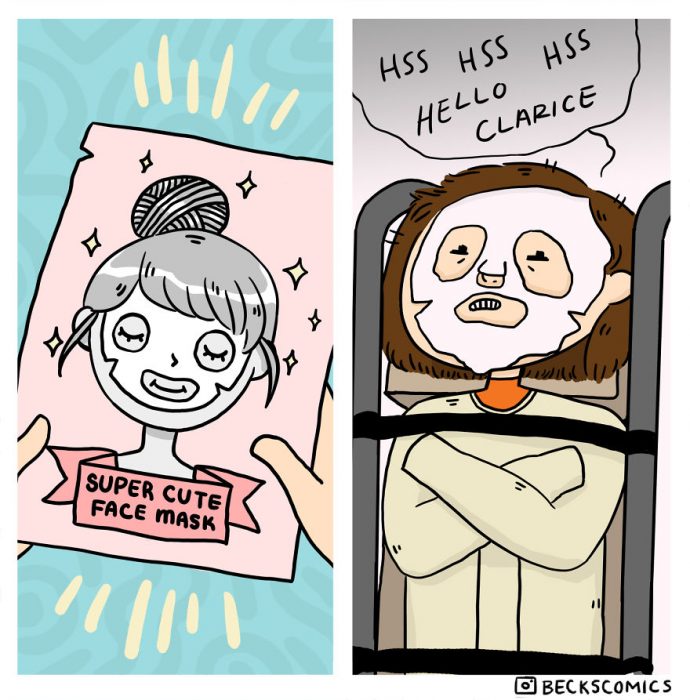 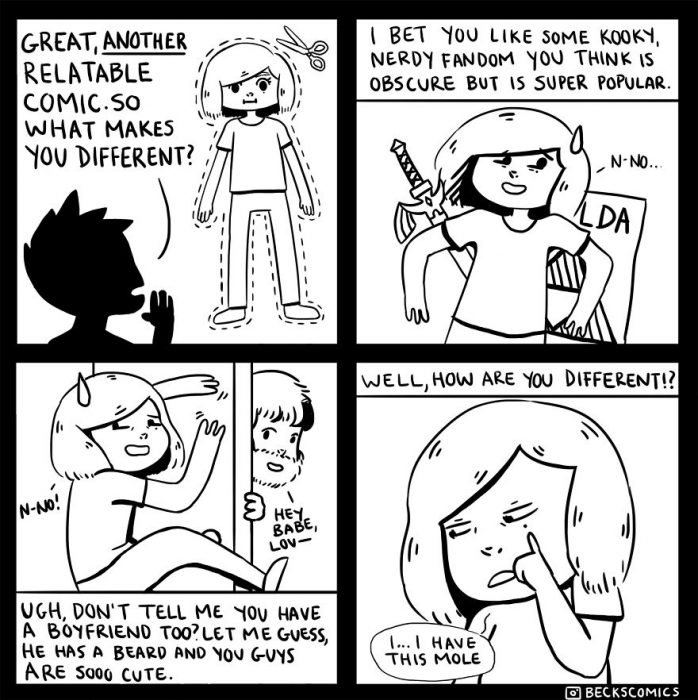 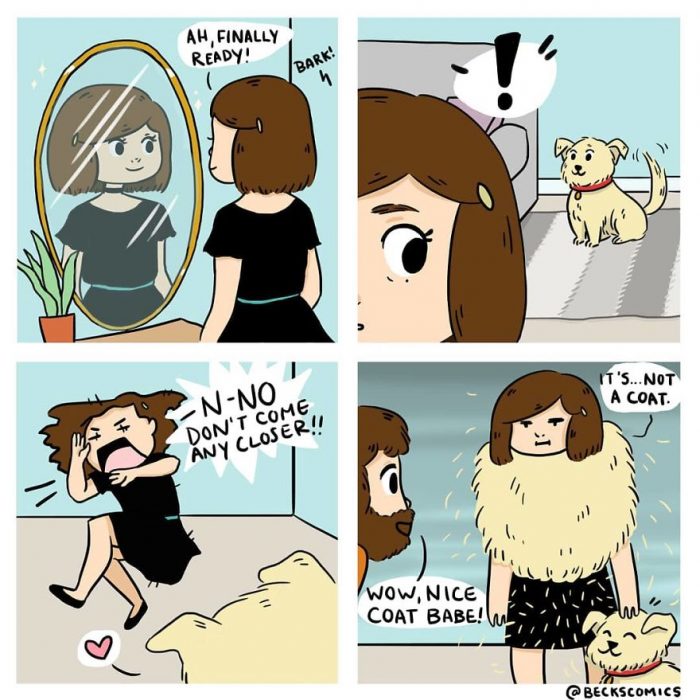 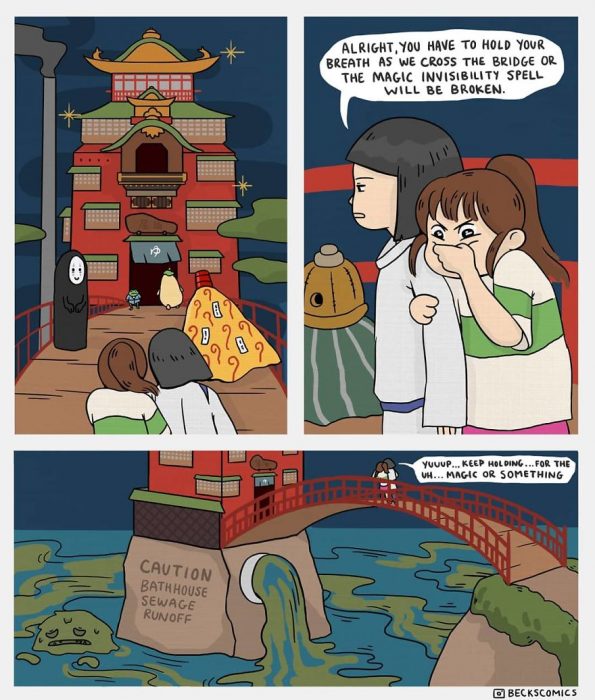 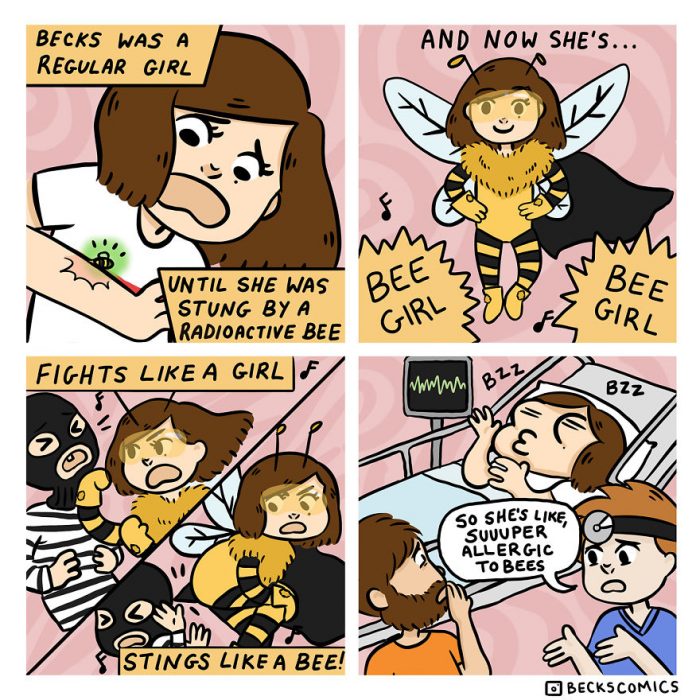 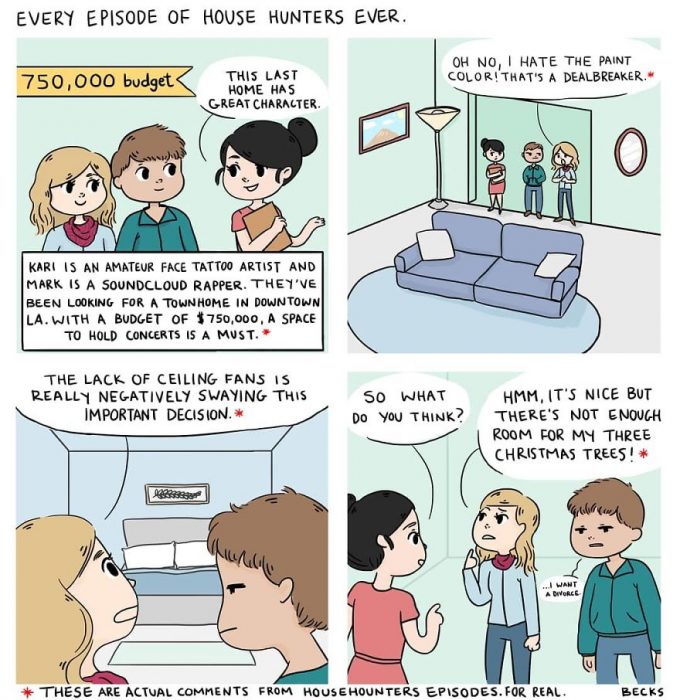 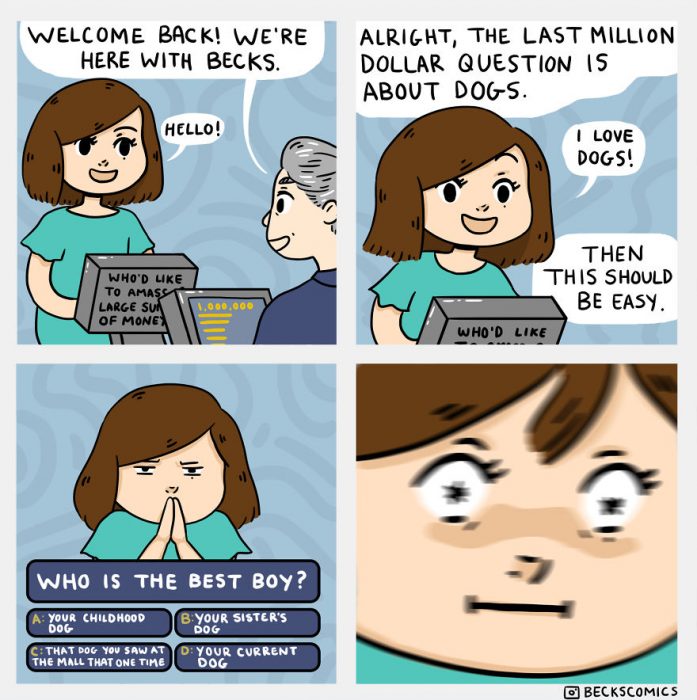 If Superheroes Looked And Acted Like Little Kids, This Is How...