Humphrey recreated Jeff Bezos’ net worth using grains of rice. The accumulative of all the grains piled up in an amount so huge that even the hungriest of the people can’t make their way through. 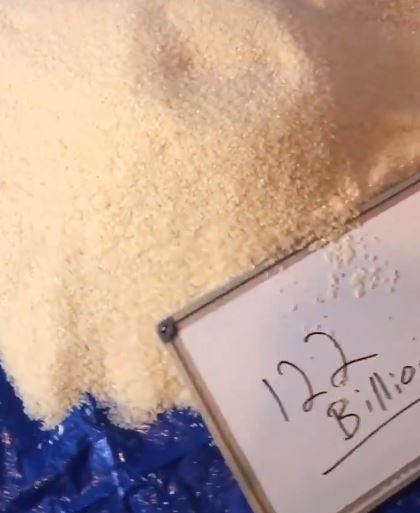 Amazon is doing more than just great lately, with its quality delivery services where one can find absolutely anything to all their new innovations. In the past couple of years the company expanded towards online streaming and more with Amazon prime. There is no doubt in the fact that Jeff Bezos is doing great in life. 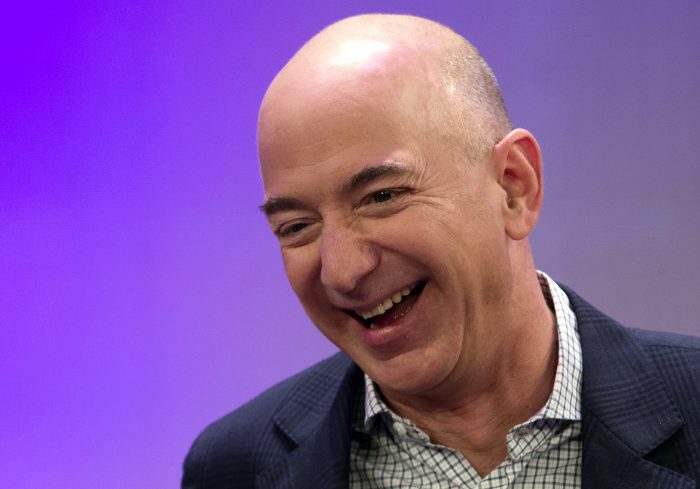 Most of us have never seen even a small percentage of his wealth, while this TikTok user and entrepreneur decides on showing the scale of this net worth. It is rather hard to comprehend. Humphrey Yang used grains of rice to represent the net capital and the result is, truly, obscene.

In his TikTok video, he shows,

“Yang explains, I have previously used rice to demonstrate the huge difference between $1 million and $1 billion by counting out 10,000 grains of rice, each of which represented $100,000.”

4. TikTok users hit the supermarket to buy a digital scale before getting to work.

Humphrey weighed an average of rice grains as a billion dollars to use it as a reference to pile up over 121 billion dollars representing Bezos’ wealth. He then headed to Costco to stock up on a couple of huge bags of rice.

5. Bulk buying was the only way he could represent Bezos’ enormous wealth!

Humphrey spread a blue tarpaulin and poured large quantities of rice grains over it. As he panned his camera across, he shows the difference between $100,000 and Bezos’ near $122 billion. Despairingly, the TikTok video made $100,000. If seen from how he demonstrates billions, the amount his own video made is sadly equivalent to just a rice grain. 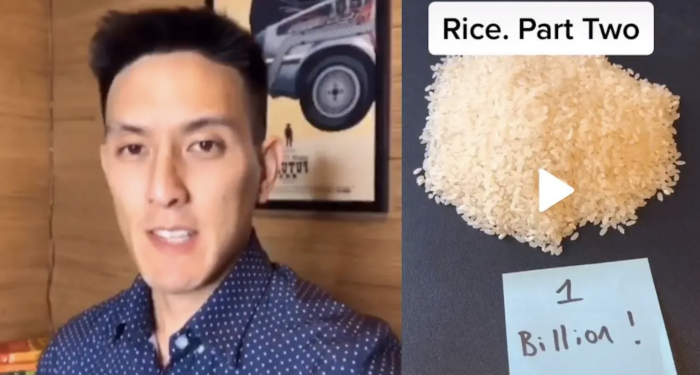 6. The CEO’s worth is ridiculous enough when put into grains of rice!

Yang then used rice to compare the worth of the CEO’s new $165 million house to his total worth. This comparison left him in tears from all the laughs. Bezos probably wouldn’t even realize the $165 million had gone. 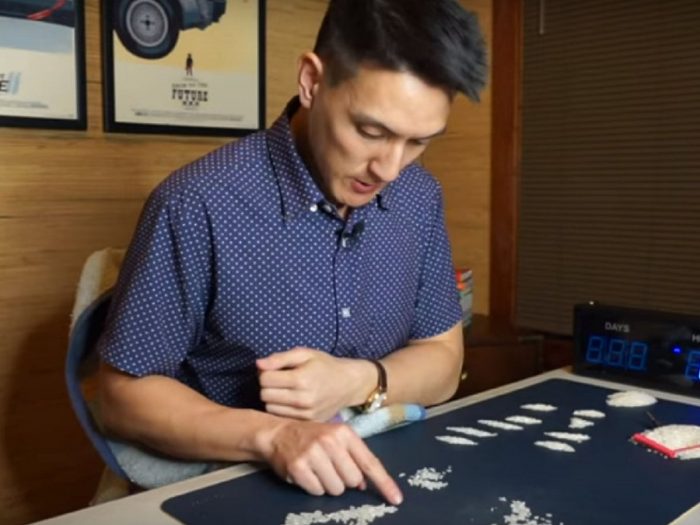 This Local Gas Station Will Crack You Up By Their Hilarious...