It seems whatever Mia Khalifa does, becomes news. Be it an interview, photoshoot or ad film shoot, people are always ready to bombard their opinions on social media. She has already created a sensation on the internet over the past few years for her bold photoshoot and adult movies. She recently got featured on Playboy magazine and Twitter went nuts over it. Even before getting likes and comments, she expected the kind of responses she would expect. Isn’t that cool? :p

Also read: This 209 Kgs Woman Eats 10,000 Calories Per Day For Her Online Fans And Gets Paid

This is what she shared on her Twitter handle. Netizens were quick enough to react and shower their love for her tweet. 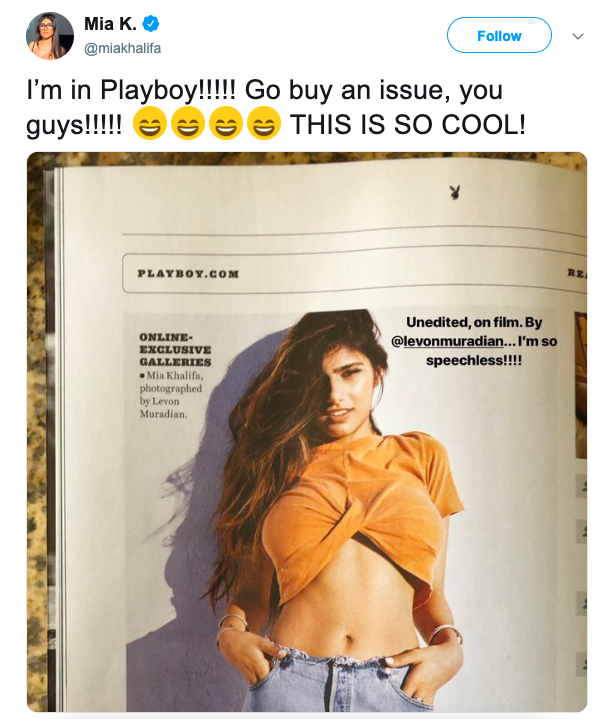 She got mixed reactions and here is what people are talking about her. 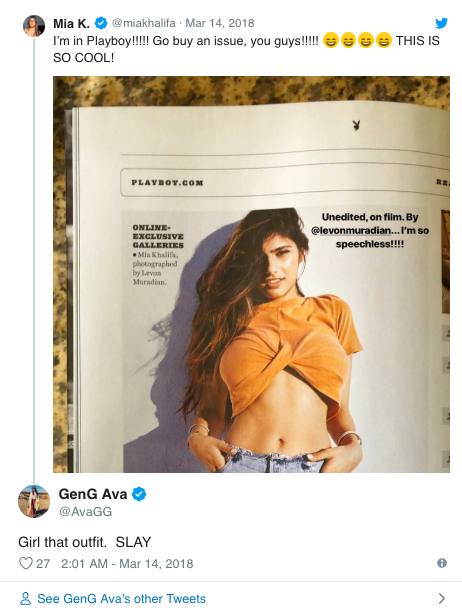 This guy has a valid but stupid question. 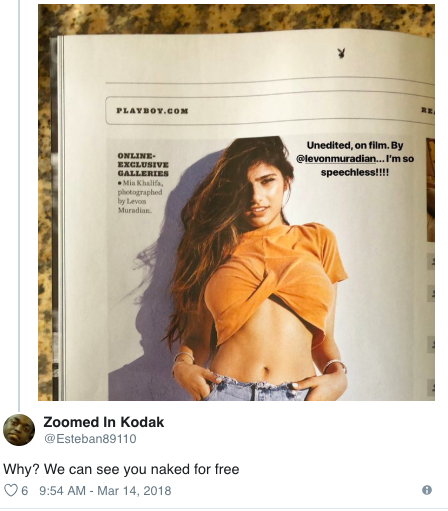 This guy also belongs to the same category. Isn’t it? 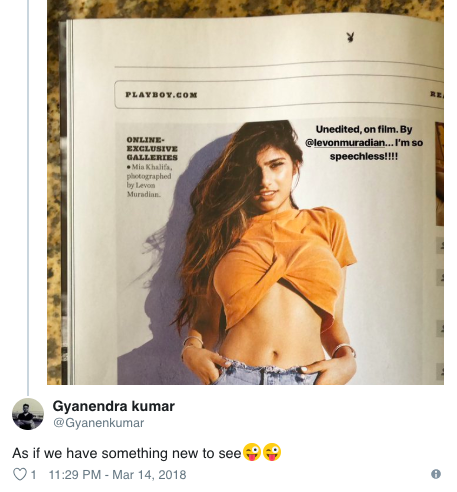 He wanted her to be on the cover of the magazine. Do you agree with him? 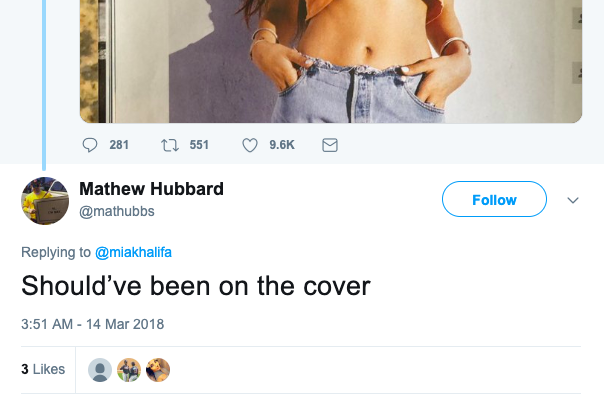 For some people, it’s all about just her adult movies which she has done in the past.

He seems to be unhappy with the Playboy magazine.

Yes, I agree with him. What’s your thought? Hot or not?

It seems he is a regular p*rn hub user, what do you think? :p

Well, I have this same question, who are the people who read Playboy magazine?

He is a genuine fan. He must have watched all of her videos :p

She even got a reply from Mia Khalifa 🙂 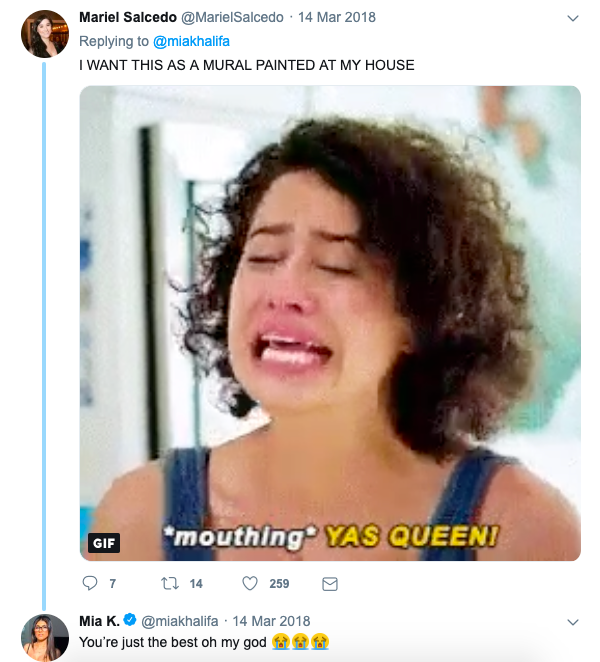 So, what do you think of her photo shoot for the Playboy cover? I think it’s hot and shows her bold and don’t give a damn nature. Do share it with Mia Khalifa fans.

Also read: These Astonishing Facts About Scarlett Johansson Will Blow Your Mind

Hugh Jackman Was Nearly Fired From Being Wolverine In X-Men

Actors Who Totally Forgot They Were In A Movie