Sarcasm.co
Home Fashion UV Tattoo Designs That Will Make You Want To Have One As...

People like to customize themselves and the best way to do that is by tattoos. We have seen people making tattoos of their loved one’s name on their necks or somewhere else, some celebrity they follow to anything they just liked and felt like having it on their body. Once you have a tattoo, you can never go back to not having it and it just makes you hungry for more tattoos on your body, with more complex designs that look cooler. The art just doesn’t end to normal inked tattoos with art in them. Nowadays, there’s a new UV design tattoo in the trends which glow when UV light is shed on it and it’s just too cool.

Below are some of these UV Tattoo designs that will definitely urge you to have one as well: 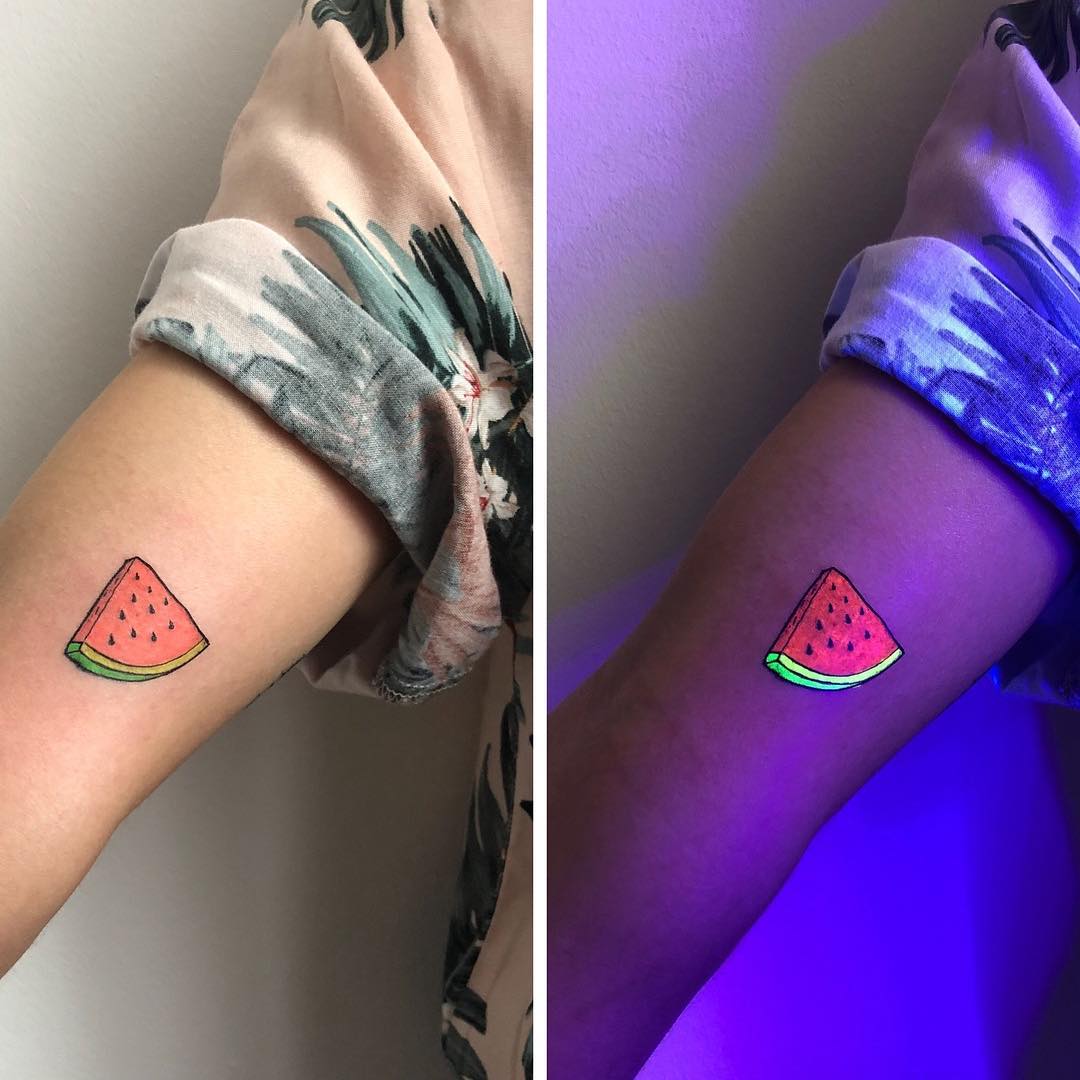 And the light just makes anyone want to eat it. 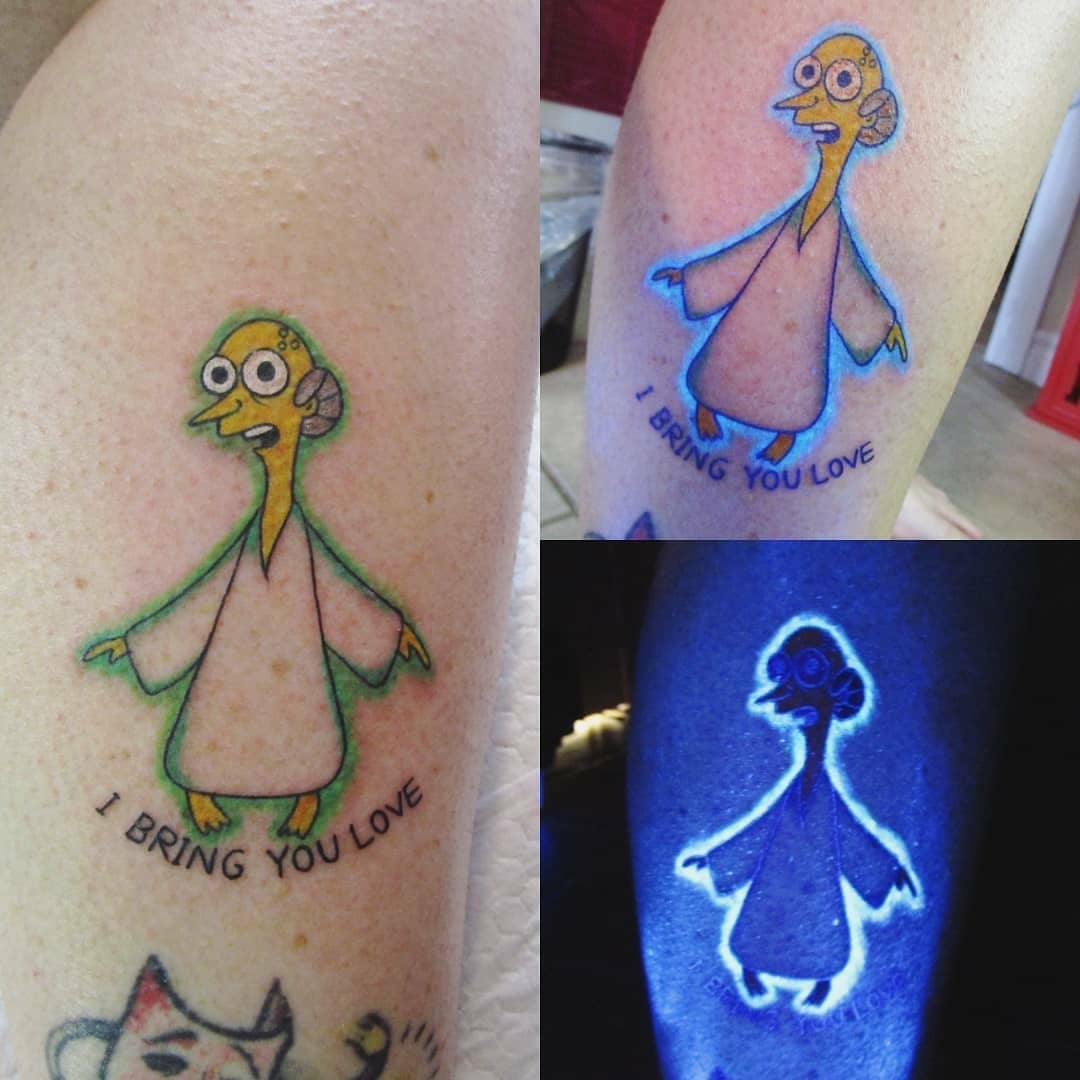 Mr. Burns from “The Springfield Files” episode of The Simpsons is just a perfect depiction in the UV light.

3. My belief in alien life increases day by day. 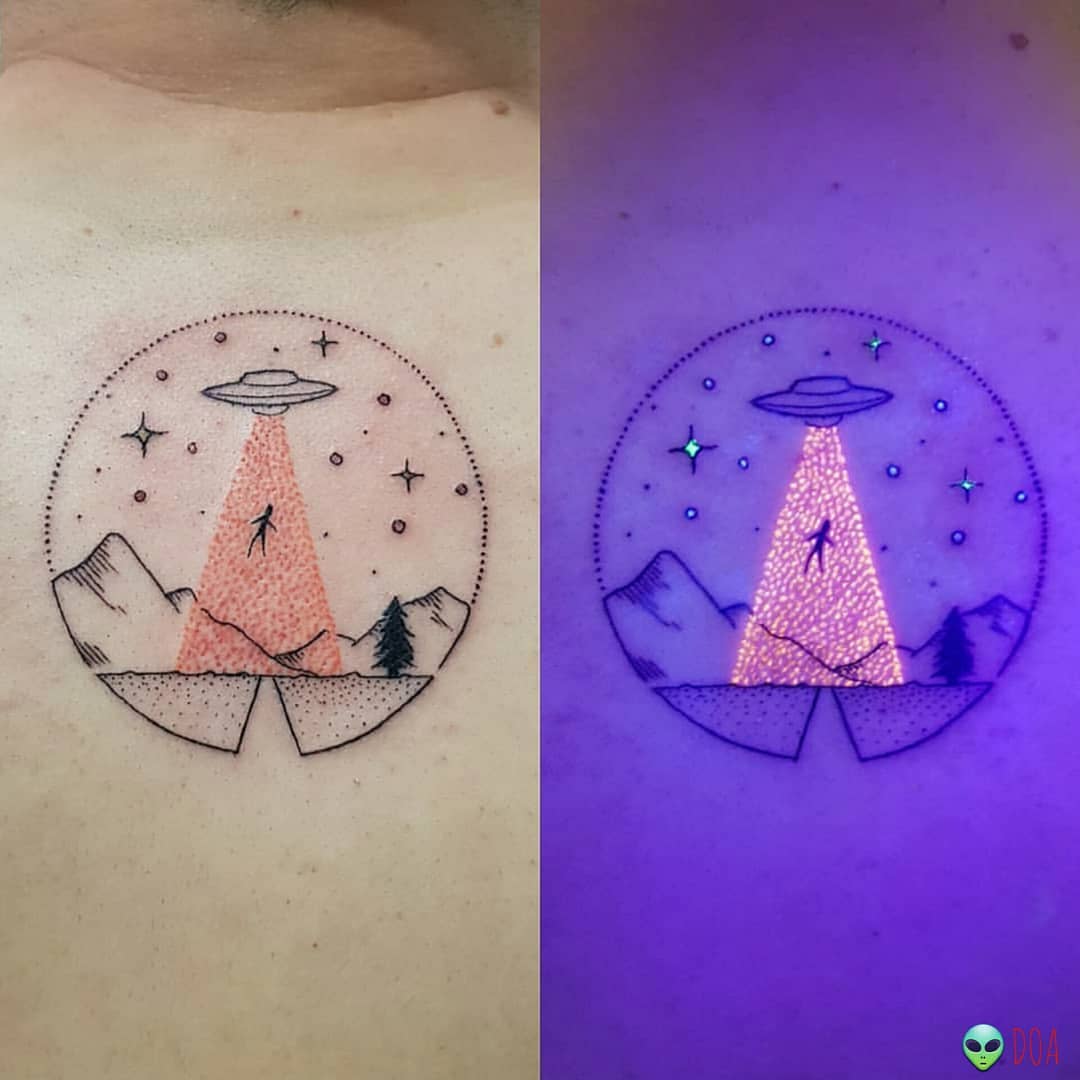 All my fantasies of alien abduction suddenly became beautiful. 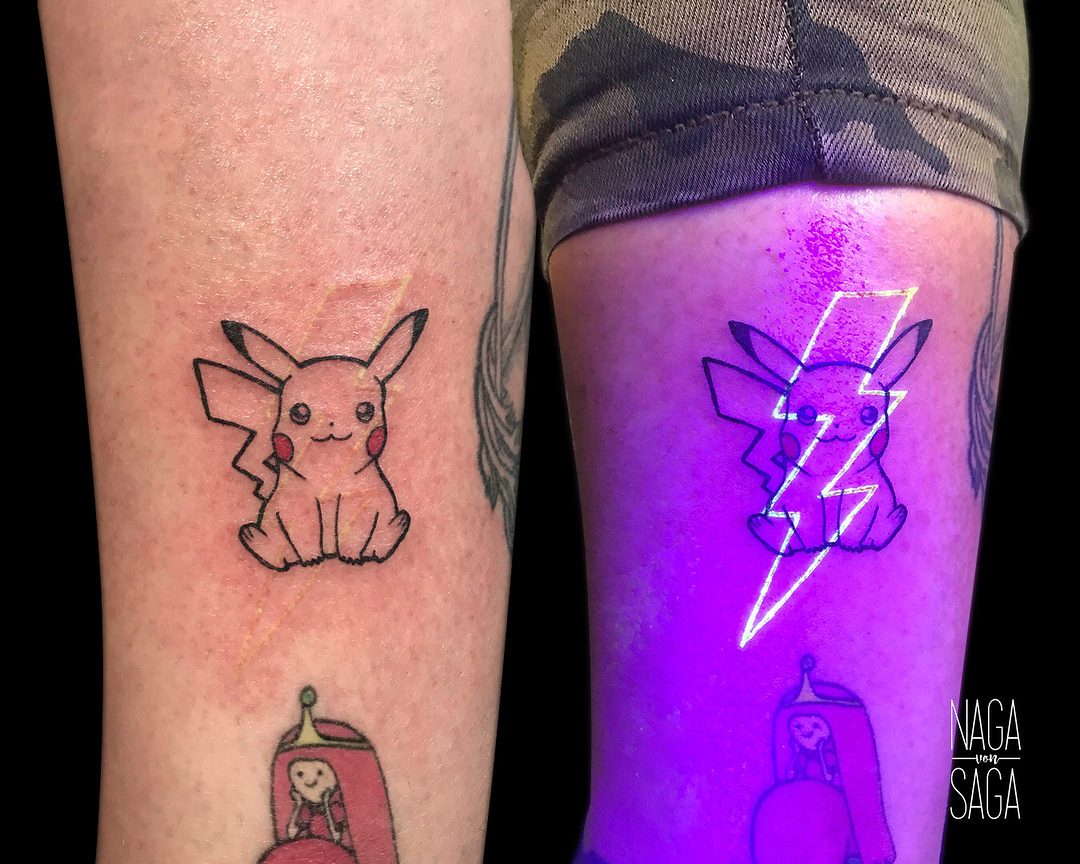 After Detective Pikachu, I’d definitely add that in my tattoo, if I have one, after falling in love with this. 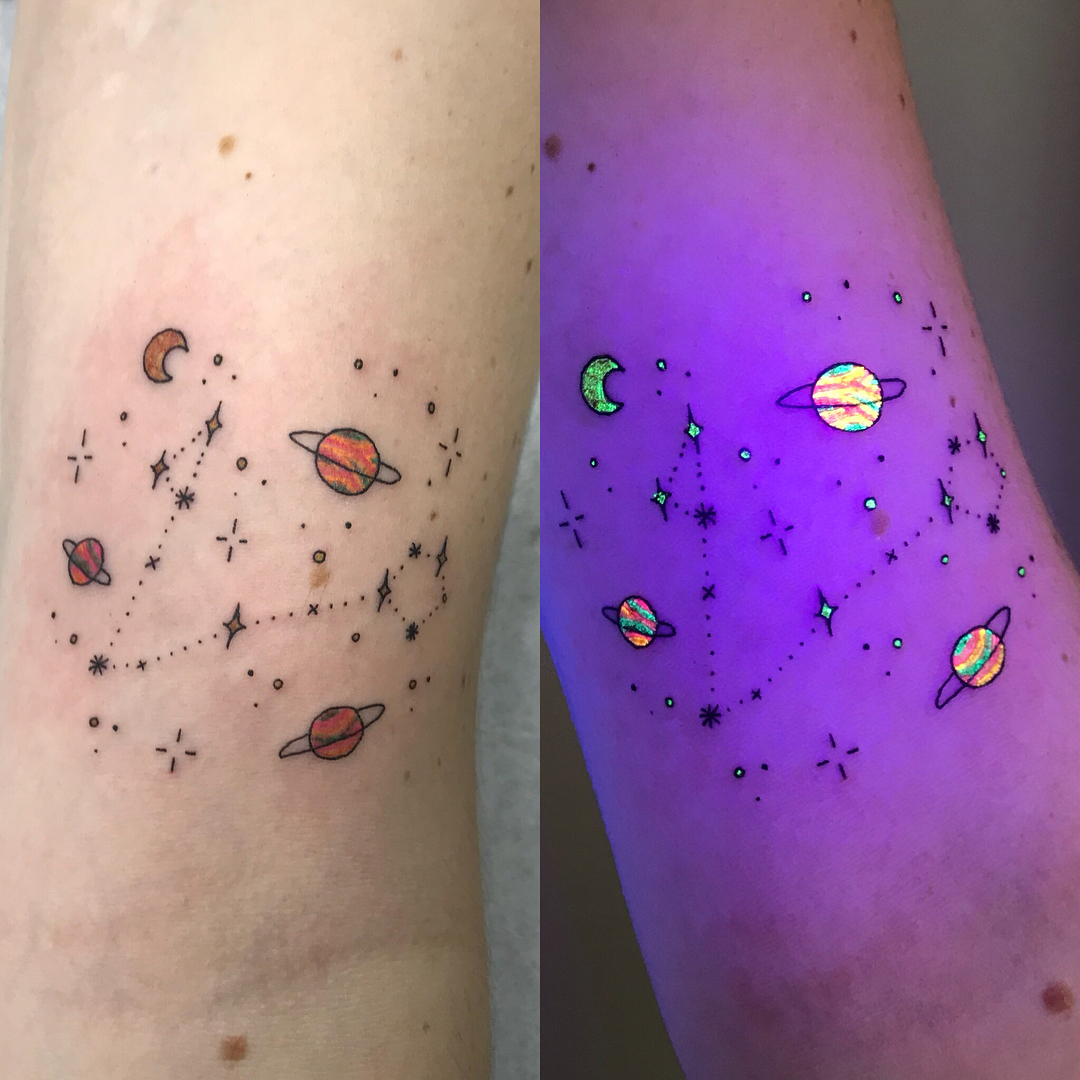 Remember, when we used to be happy seeing all those solar system glowing stickers on the top of the room, this is the adult version, lol. 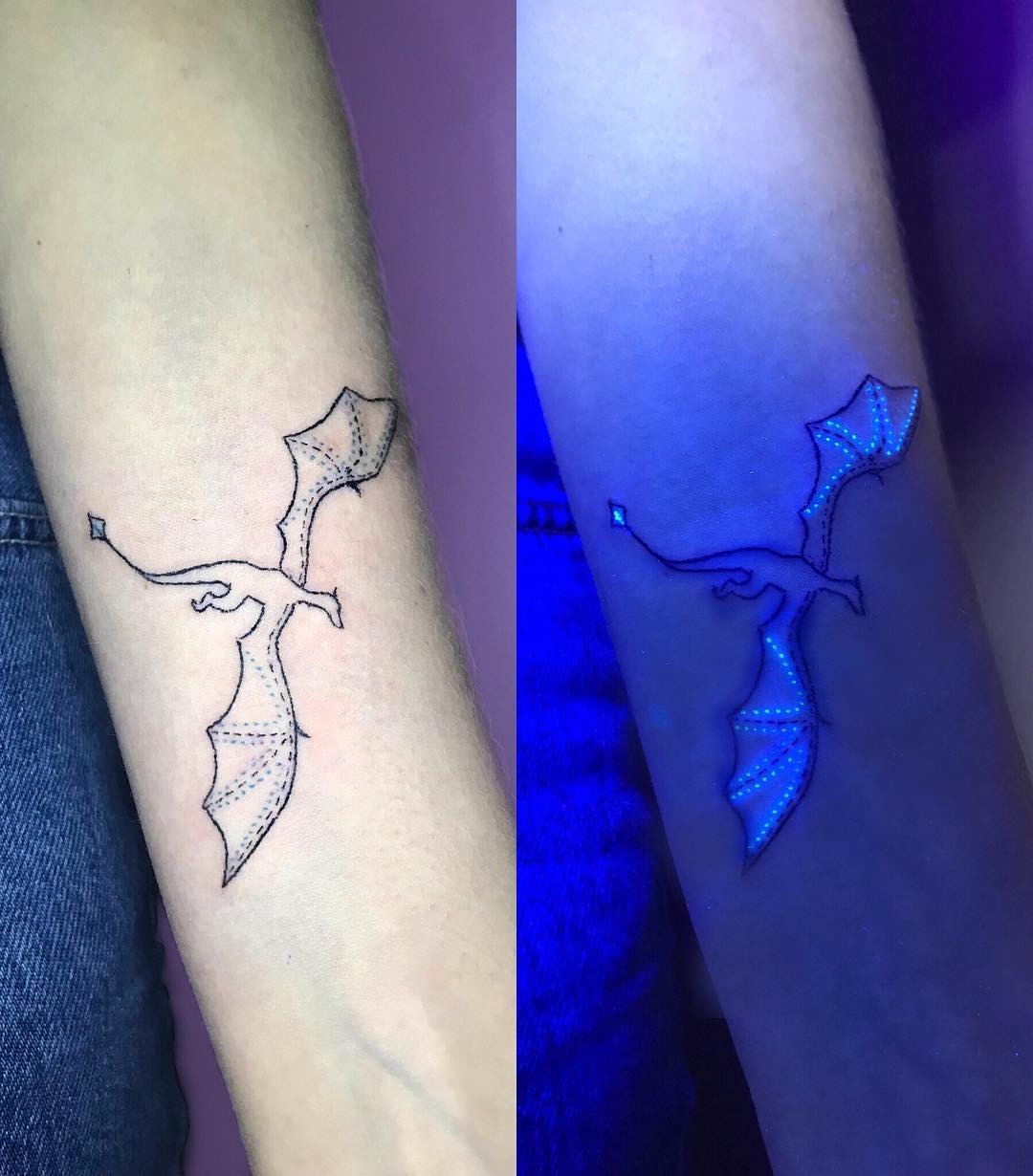 It would be really cool if the dragons in Game of Thrones had their wings illuminated like this tattoo, it would bring a whole lot of respect to them. 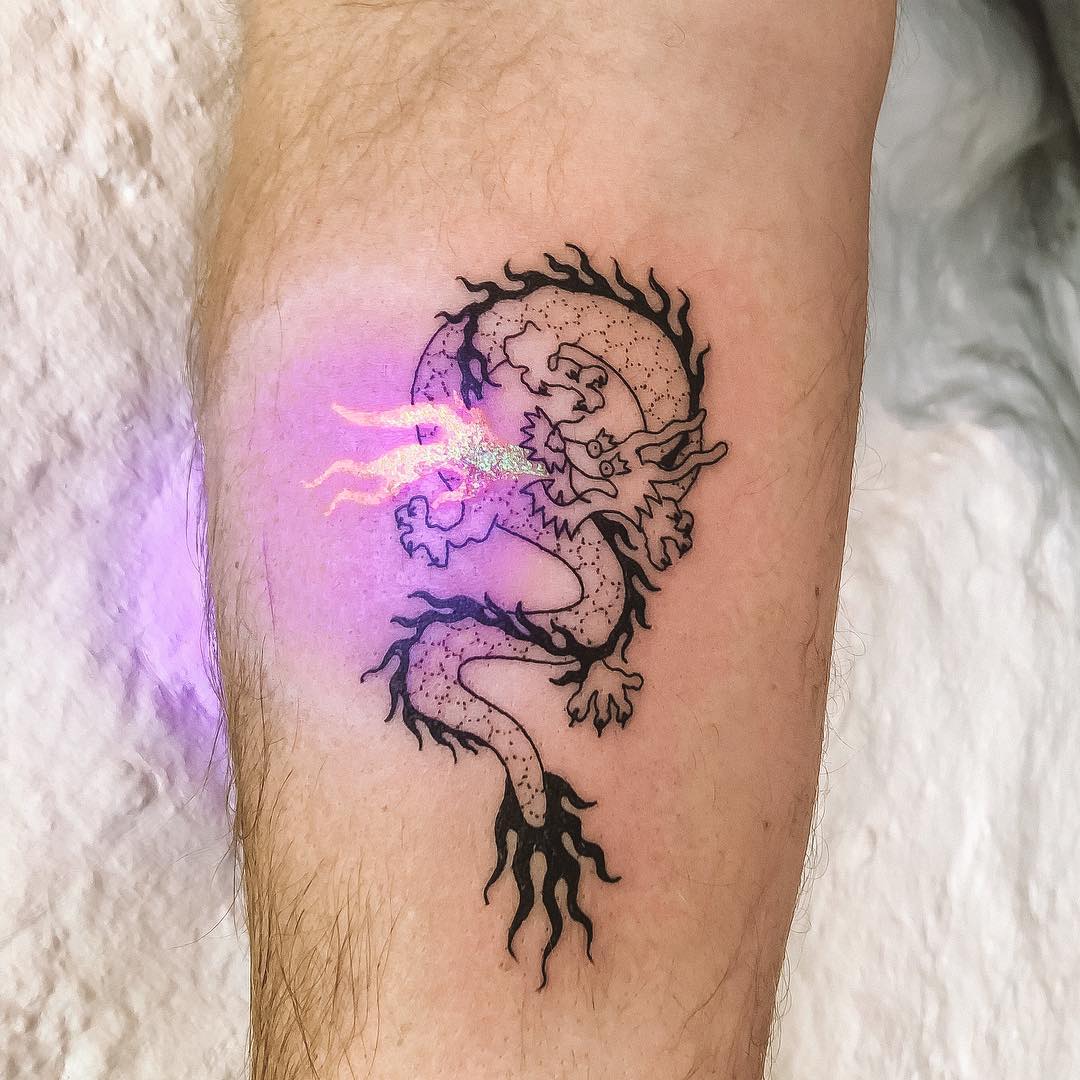 The fire under the UV light definitely looks cooler than the classic red, yellow, orange colors. 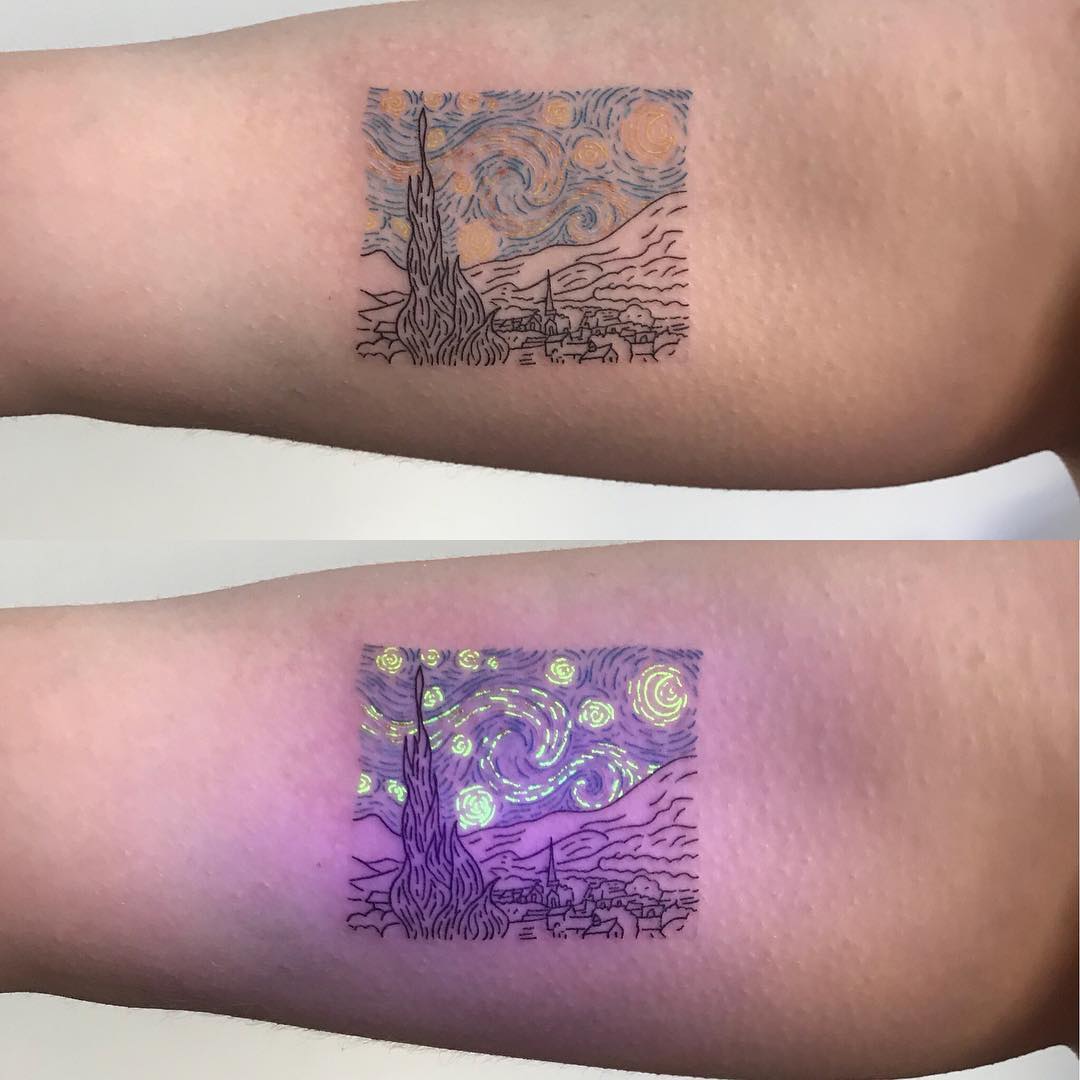 This art could be sold for millions had it been on a canvas.

9. Wolves Running to the Night. 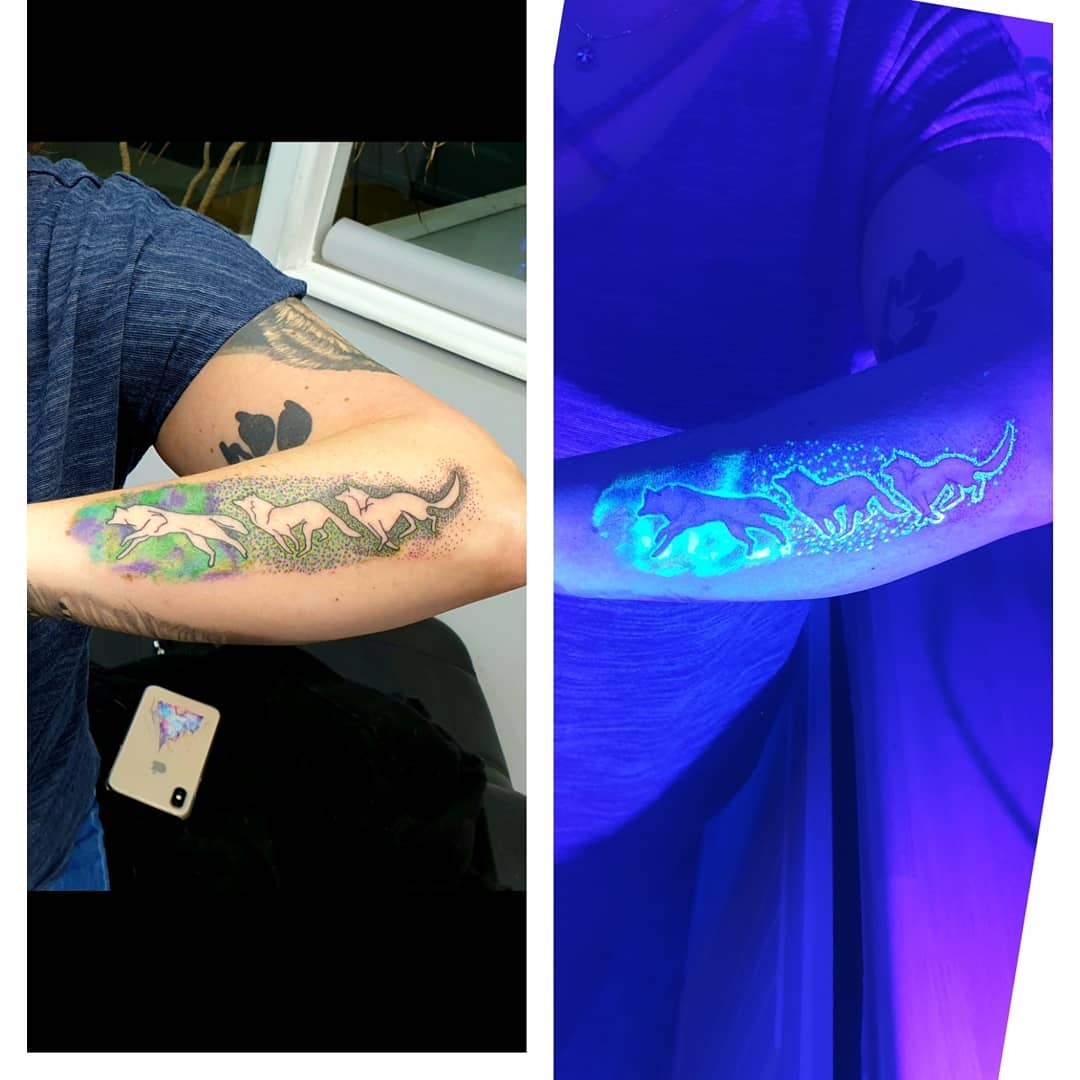 The wolves look magical and UV light brings it out at an extreme level. Also, you can notice the guy’s phone having a Disney castle UV design on the cover, he’s a total fan of the work! 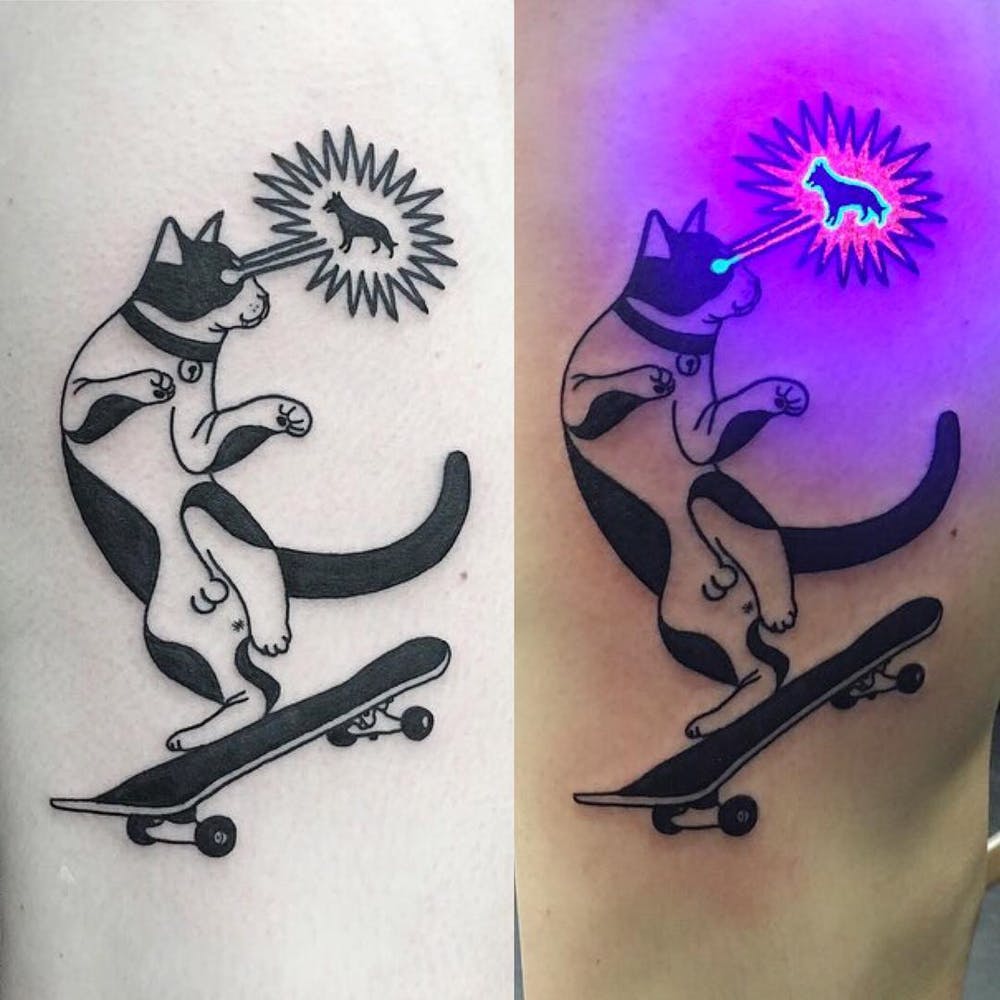 Every cat would like to have superpowers like these in the tattoo just so that they can take revenge of being the prey to the dogs. 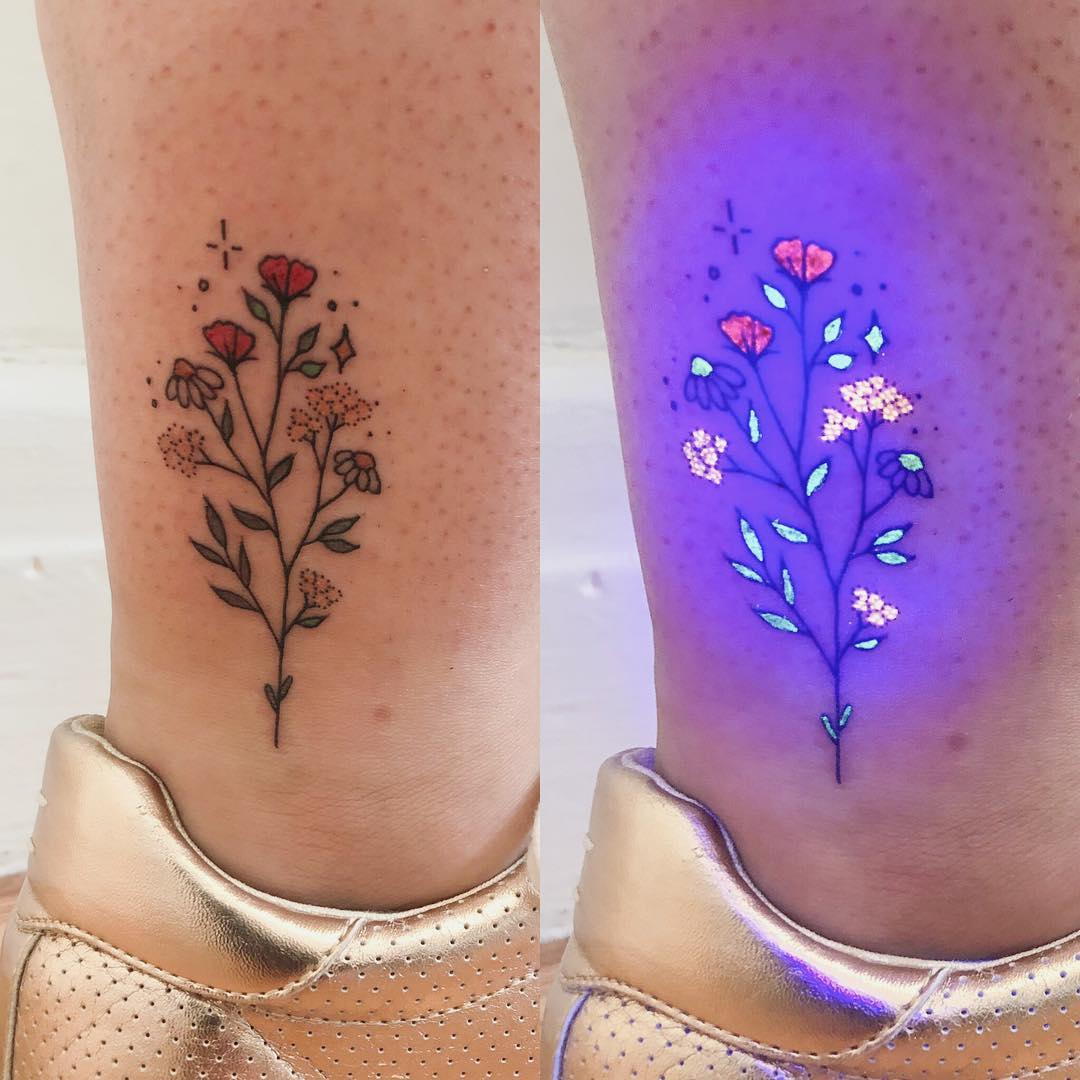 Only the petals glow when UV light is cast on it which makes it very artistic. 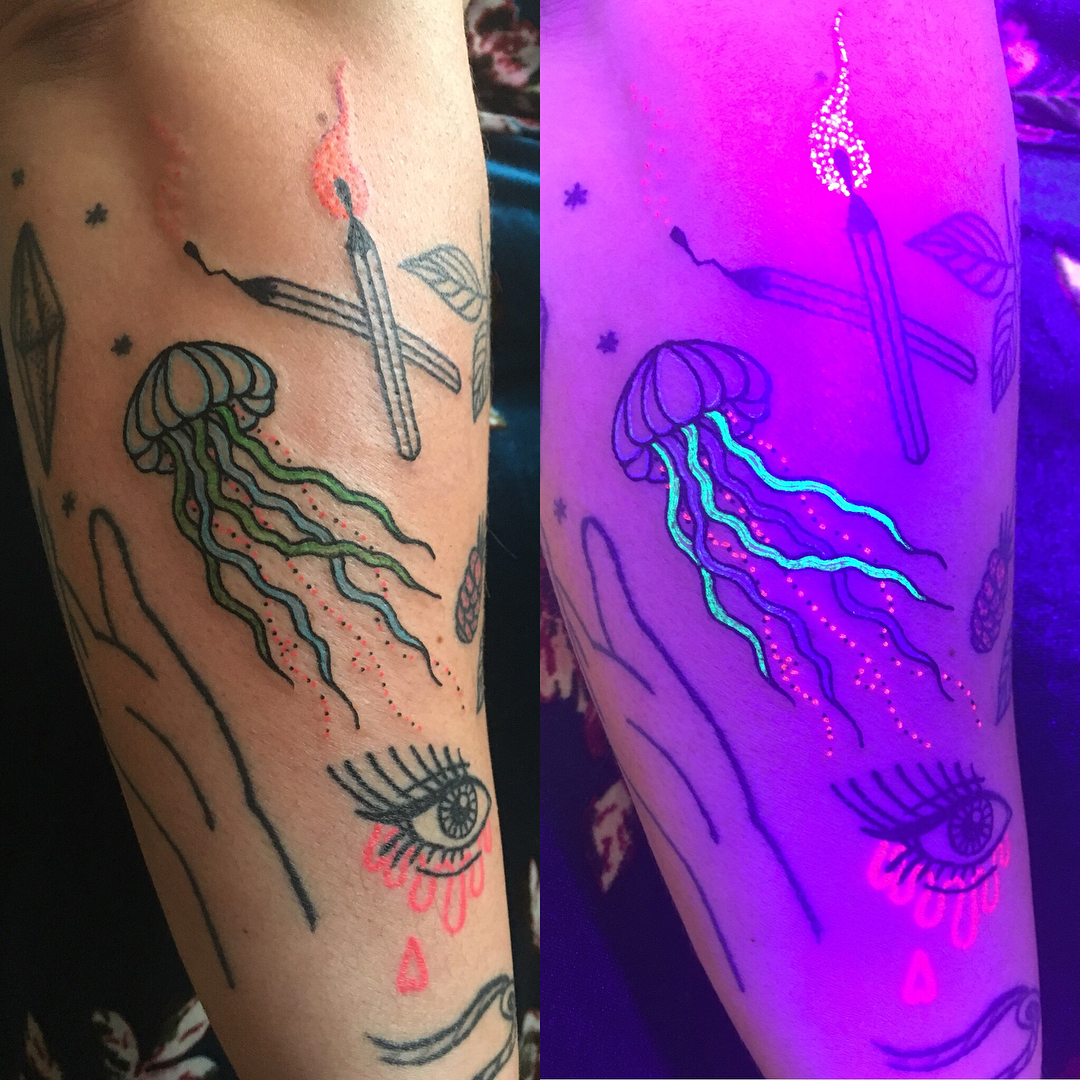 Really gives out the sea vibe! 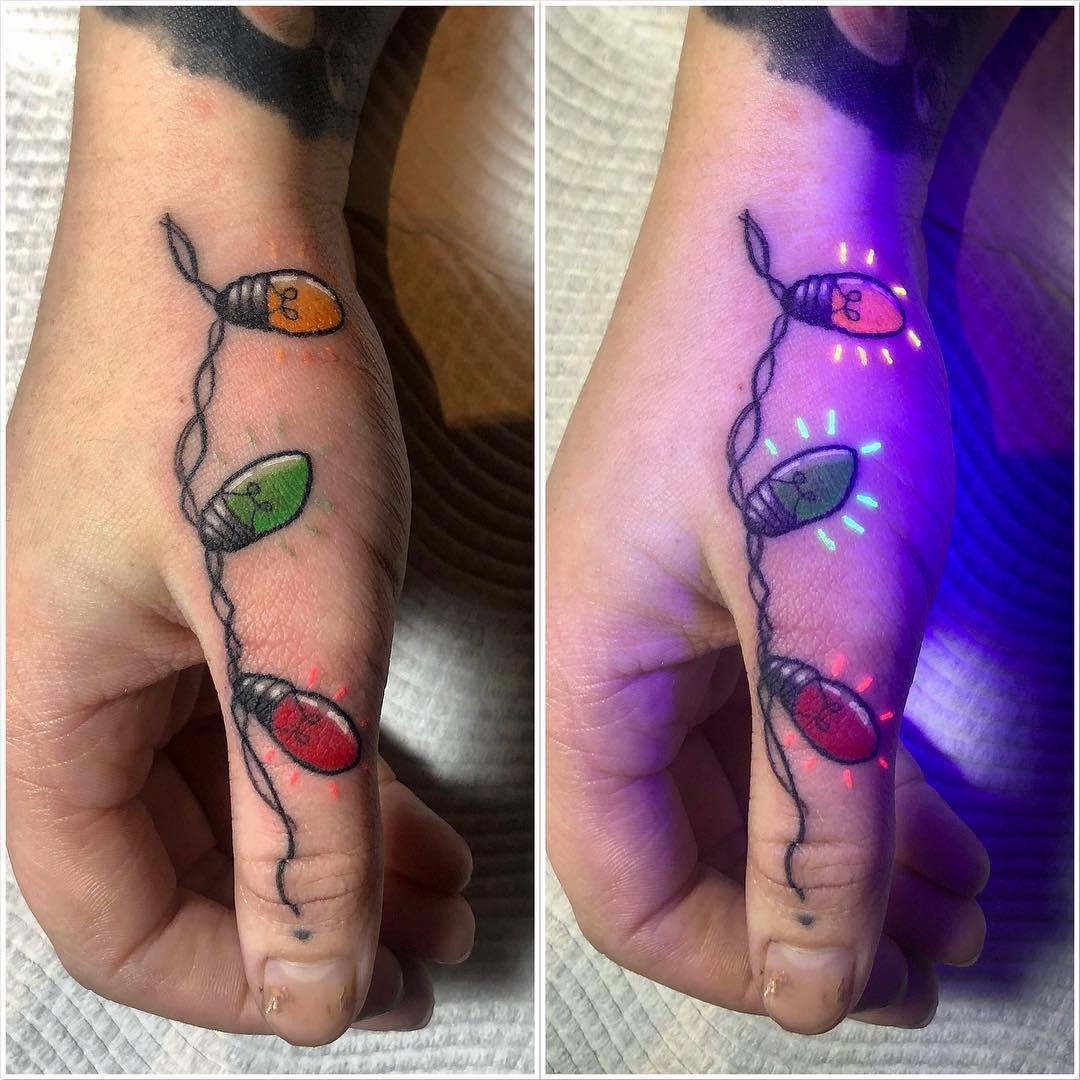 A UV tattoo that lights the bulb up when light is cast on it, this is a great idea!

These Two Saved Billions Of Animals From Being Slaughtered, By Making Leather Using Cactus.

These Comics Perfectly Show What Bra Shopping Is Like!