Sarcasm.co
Home Humor 13 Examples Of WTF Logics We Had In Our Childhood That We...

Everyone, as a child, has some self-proclaimed conventions and logics towards which their belief tends to lean. Some may be conferred upon one by themselves while some are forced upon them. Whatever may the reason be, there are certain wtf logics you had in your childhood which are so hilarious that they will make you say ‘WTF’.

Here is a list of 13 examples of WTF logics we had in our childhood.

People who never missed a spiderman or a batman movie were the first ones to run for their lives after seeing a bat or a spider. 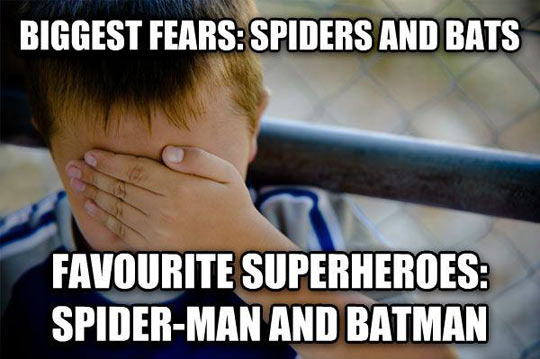 All the girls used to trouble the boys, played role-playing games in which they were a couple and mistook all of it for affection.

3. Age is nothing but a trivial number

You didn’t care about your age unless you were older than people around you.

Hilarious Photos Only People Dying To Lose Weight Will Understand!