Sarcasm.co
Home Crazy 10 People Who Woke Up In Their Own Coffin. #5 Was Terrifying!
What’s worse than death? Waking up in your own coffin. And it gets worse when you’re highly claustrophobic. Here are ten such instances of people who had to endure this terrifying experience!
Also Read:  19 Chilling One Line Horror Stories That won’t Let You Sleep Tonight
1. I Could Hear Every Thing! 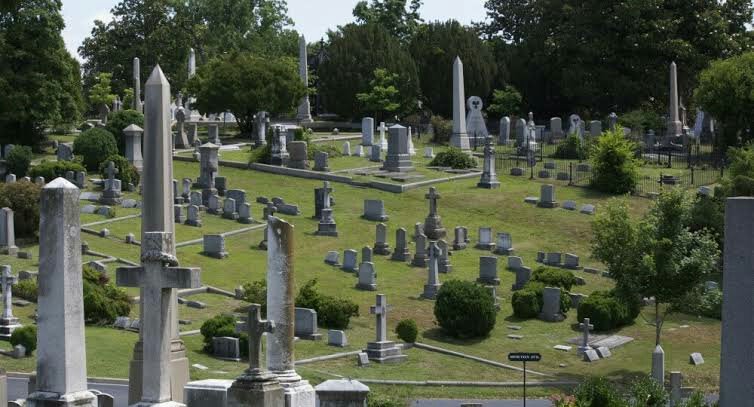 via
Eleanor Markham was declared dead in 1894 due to heart failure. She was put in a coffin and was being taken to be buried when she made a noise inside the casket. She was rescued from her grim fate in time. She later shared that she could hear everything around her while she was presumed dead.
2. The Child Who Died Twice. 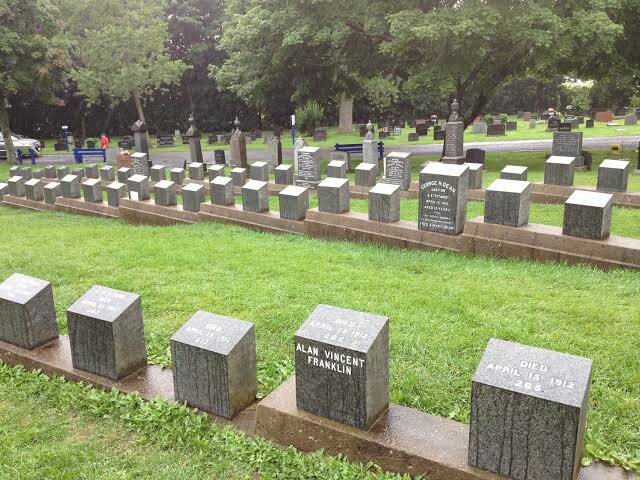 via
Santos was a two-year-old Brazilian kid who woke up briefly in the middle of his funeral. He asked his father for some water and fell back down into his coffin. He was declared dead a second time.
3. The Terrifying Child Who Came Back And Took His Grandmother With Him. 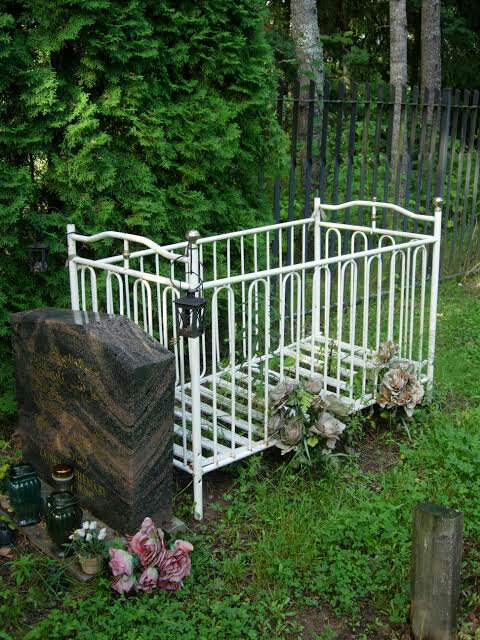 via
On April 25, 1913. An unnamed 3-year-old boy woke up in his casket and stared dead straight at his grandmother before dying again. His grandmother couldn’t take the shock and died.
4. The Tragic Tale Of Octavia Hatcher. 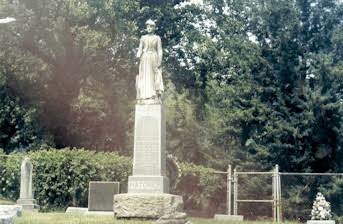 via
Octavia fell into depression after losing her baby in January 1981. She refused to eat anything and soon fell into a coma. She was buried soon after her death. Not long after that, people from Octavia’s village who were in coma started waking up. The husband feared that he had buried his wife alive and rushed to her casket. On opening it they found out that Octavia had awakened after being buried and had tried to get out before dying of asphyxiation. A monument of her holding their baby was erected in her memory which was later vandalized.
5. She Woke Up In Her Own Coffin Twice! 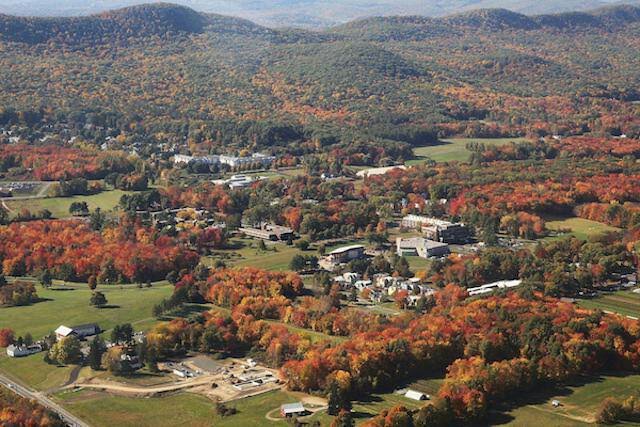 via
Mrs. Blunden from Hampshire had the ill luck of waking up in her coffin twice. On July 16, 1674, she took poppy water and fell into a deep sleep. She was declared dead as there were no signs of heartbeat and her body was cold. She was buried against the wishes of her husband who was away from home at the time. Her body was exhumed when some children playing near the graveyard complained of weird noises coming from one of the graves. Mrs. Blunden had wounds on her body due to her escape attempts when her coffin was reopened and she was still so she was declared dead and buried again. The next day, she was found with more wounds and tattered clothes when a coroner exhumed her body to confirm her death which means that she woke up twice in her own grave. Her fate is truly terrifying!
6. Margorie McCall. Lived Once, Buried Twice. 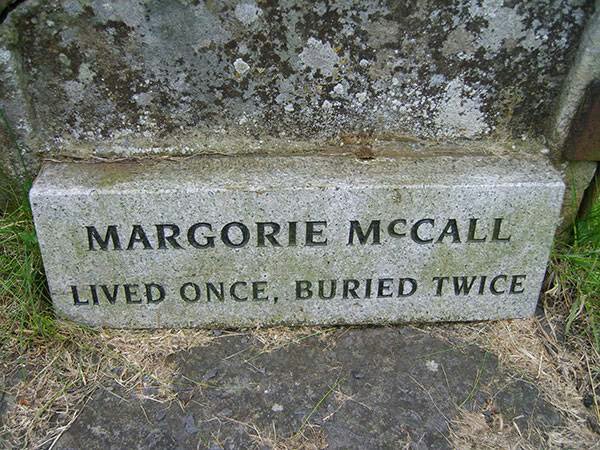 via
In 1705, Margorie McCall woke up in her casket when some grave robbers tried to cut her finger to steal her ring. The grave robbers ran away and Margorie went back home to her husband who on seeing her alive died of shock. He was buried in the same grave his wife had woke up in. She remarried and died years later. The stonesman carved the words “Margorie McCall. Lived Once, Buried Twice” on her gravestone.
7. Second Funeral For South Carolina Woman. 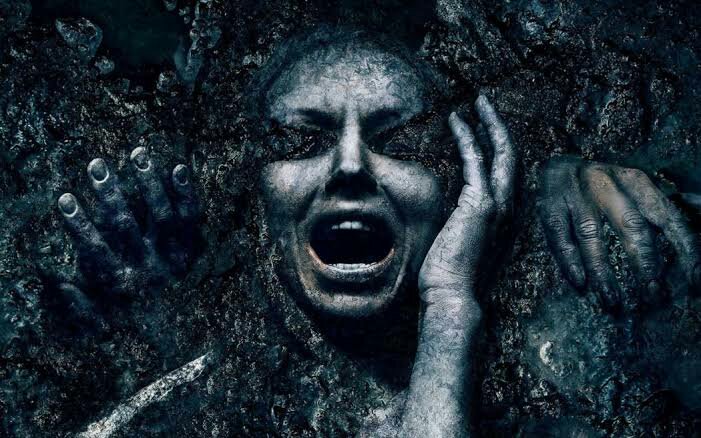 via
Essie Dunbar was lucky enough to have her body exhumed by her sister who wanted to see Essie one last time. Essie woke up and simply smiled at her sister, scaring the living shit out of the ministers who were overlooking the burial. The burial party fled in fear and caused quite a commotion. Essie died years later and was properly buried. The newspaper headline which covered her second funeral read : “Second funeral is held for South Carolina woman.”
8. Old Man’s Day. 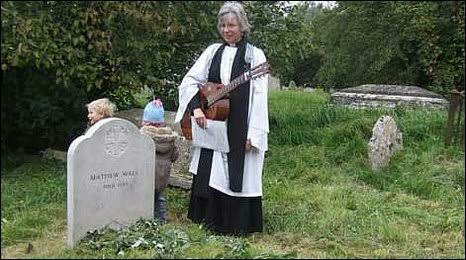 via
Every year on 2nd October, the village of Braughing, Hertfordshire celebrates Old Man’s Day in memory of a man who was almost buried alive on October 2, 1571. Matthew Wall woke up in his casket when one of the pallbearers slipped on some wet leaves and dropped the casket. Matthew went on to live his life and before his death drafted a will which stated that that the church bell should be rung for a funeral and then a wedding on the second day of October every year. He also requested that the area where the pallbearer had slipped, should be swept free of leaves. The people from the village still carry out his will.
9. The Girl Who Could Not Escape Death. 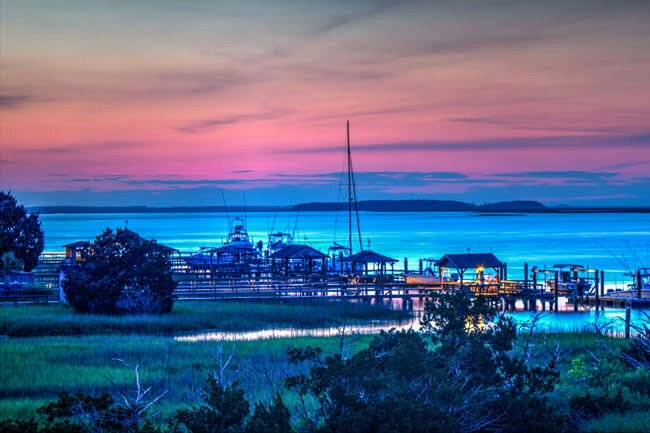 via
Sometime in the 18th century, an unnamed girl died of diphtheria while she was on vacation on Edisto Island, South Carolina. She was hurriedly buried in a family’s mausoleum to prevent her disease from spreading. Years later when the family who owned the mausoleum went in to bury their son in it discovered the skeleton of the girl behind the door. She had woken up and tried to escape.
10. Half Hangit Maggie.

via
Maggie was hanged at the gallows for concealing her pregnancy and dumping her illegitimate baby’s body near the river. She had awakened before her body could be buried which was seen as an act of God, who supposedly gave her a second chance at life.

Here Is What The Perfect Body Of A Man Looks Like...