A street photographer called Chris Porsz used to walk around the city of Peterborough, Cambridgeshire in Great Britain, capturing amazing characters on the streets. Around 30 years ago, he clicked many photographs which he decided to recreate after so many years.

This street photographer had photos of random people and getting them back together in the same place was a little difficult. However, he managed to do so somehow and recreated the photos. After doing so, he put them all in a book and called it “Reunions”. Here are some of the photos recreated by the street photographer: 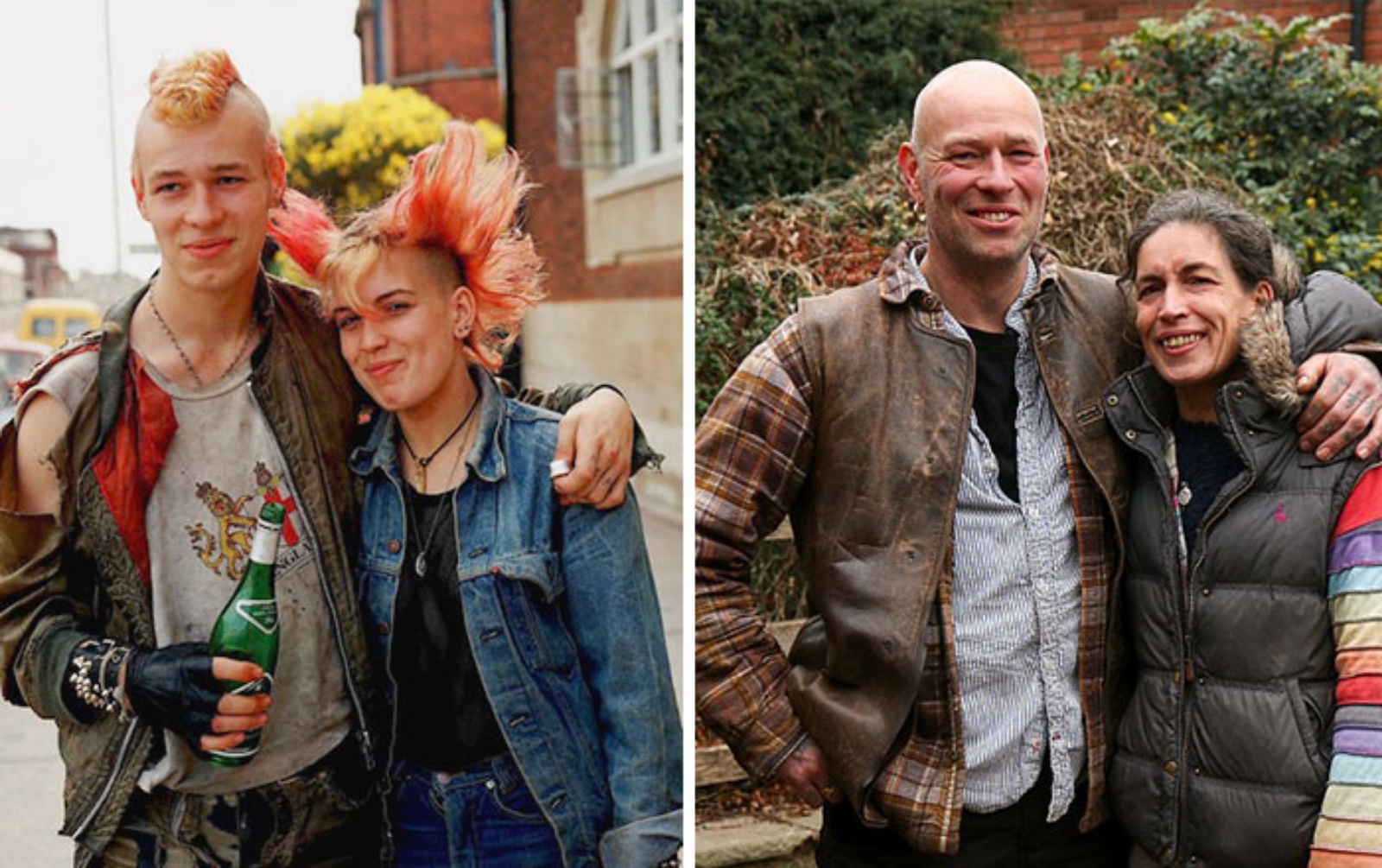 After 30 years, a lot have changed in their lives. They got married earlier and have twins but no longer live together. 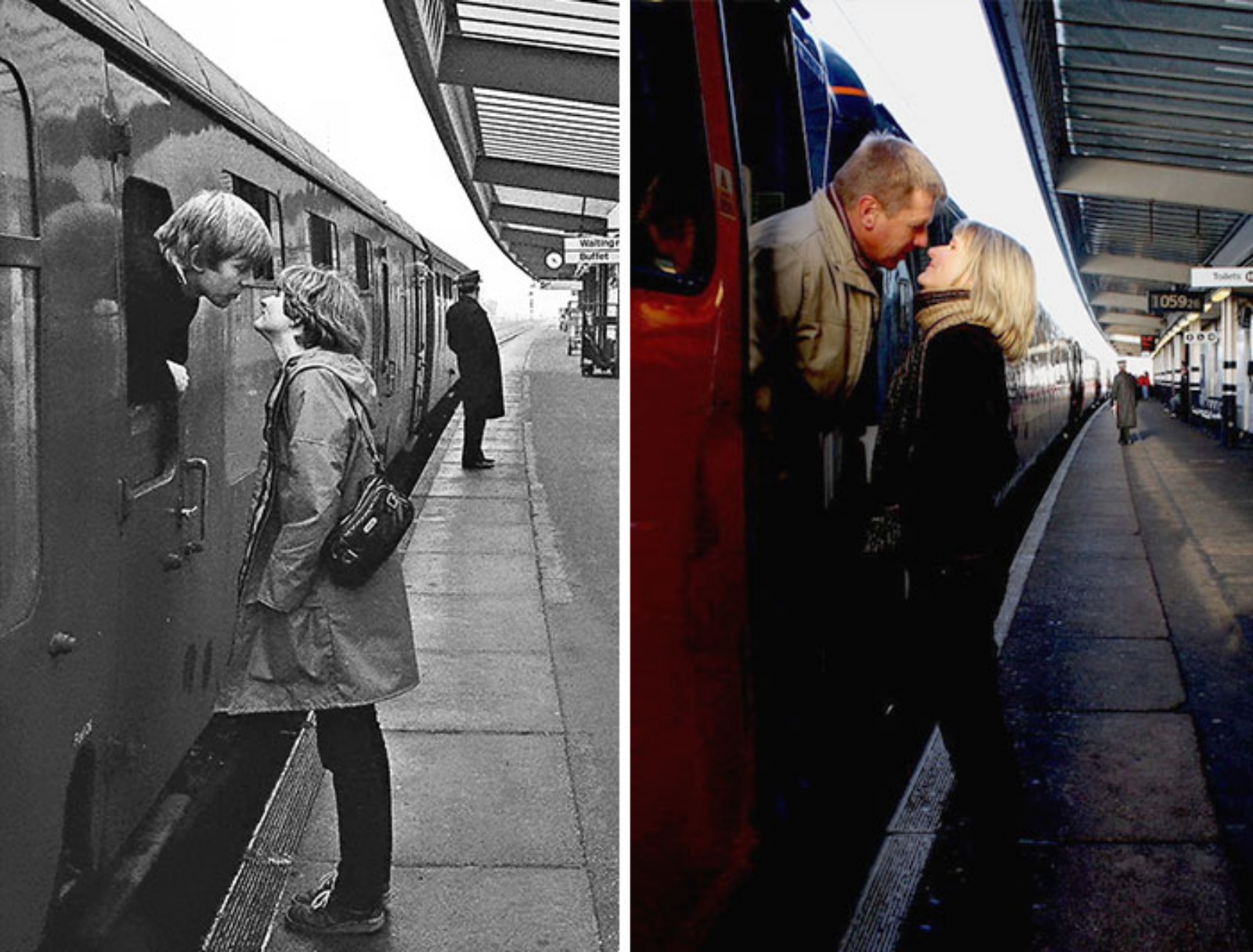 Recreating this photo must have been so nostalgic for them. They have two children now and are happily married. 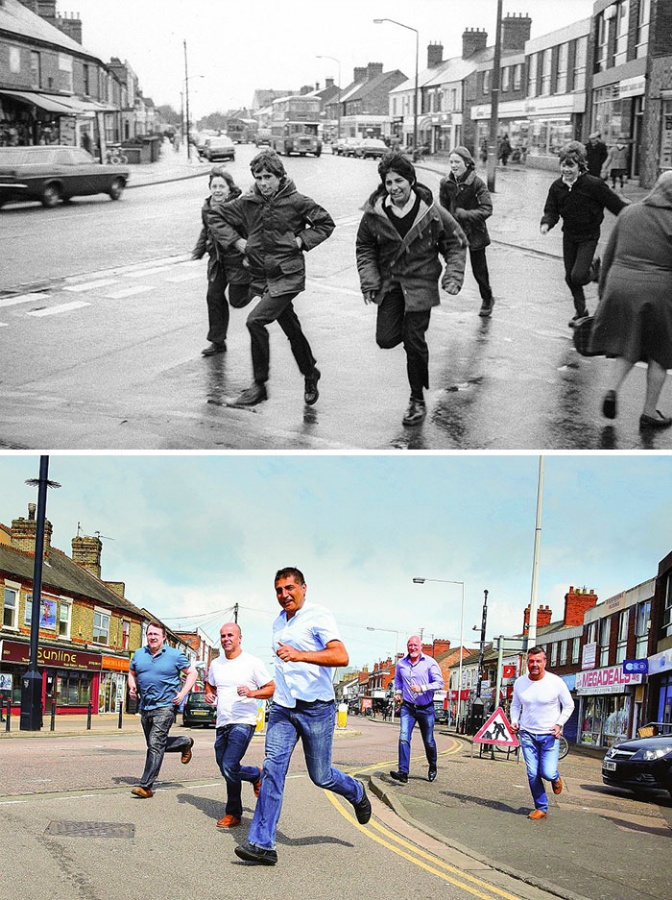 It is always good to meet up with old friends and and run the same memory in your heads. 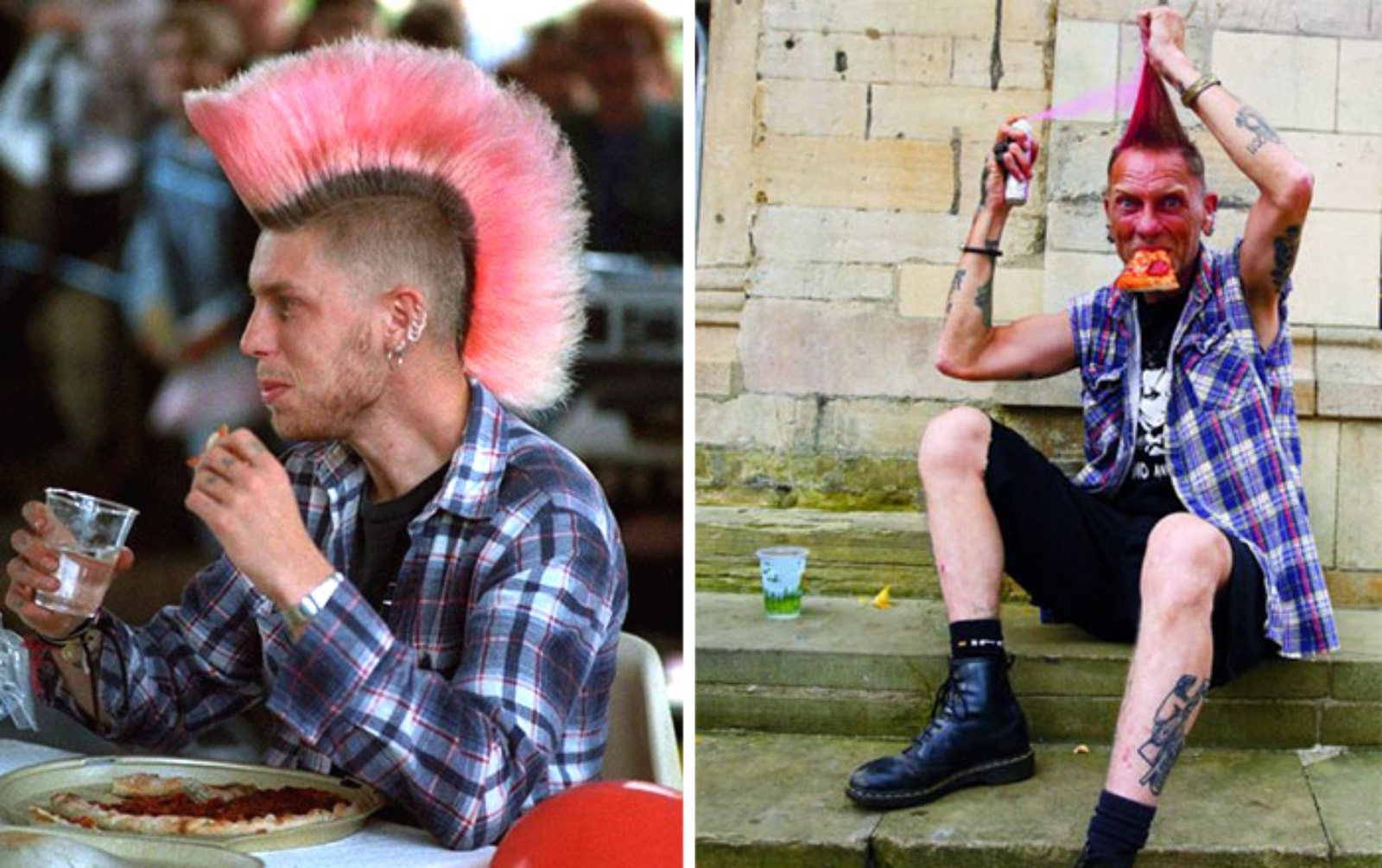 This photo was clicked in 1985 when he won a pizza-eating competition. Age could not change him even a bit. 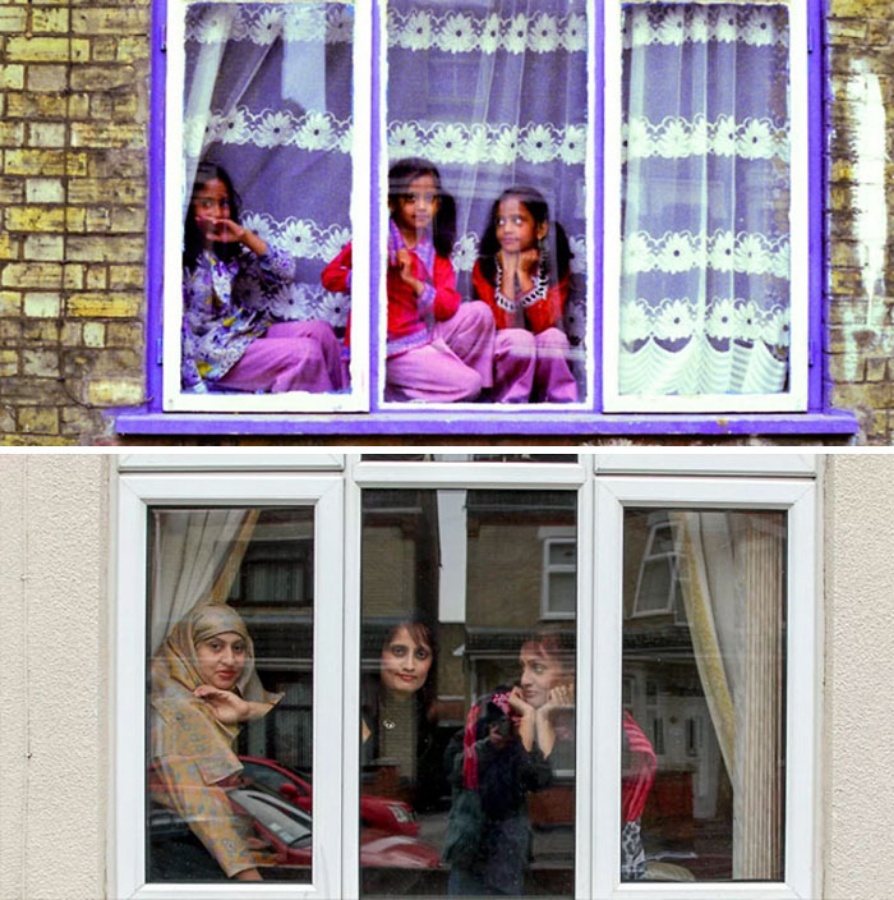 This is probably the most perfectly recreated photo of this list. They even posed similarly. This street photographer genuinely deserves appreciation. 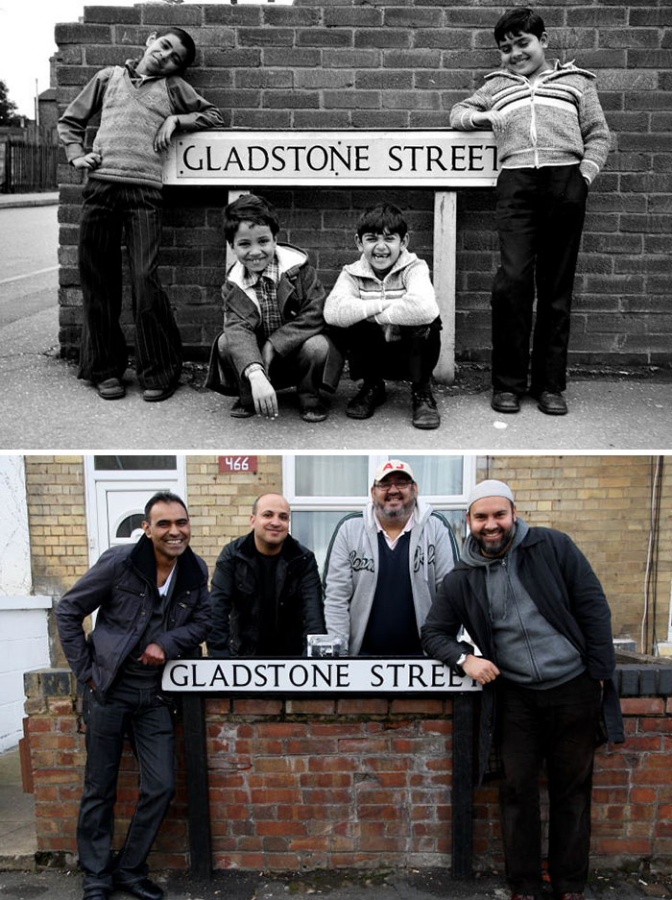 They are still good friends and nothing has changed. 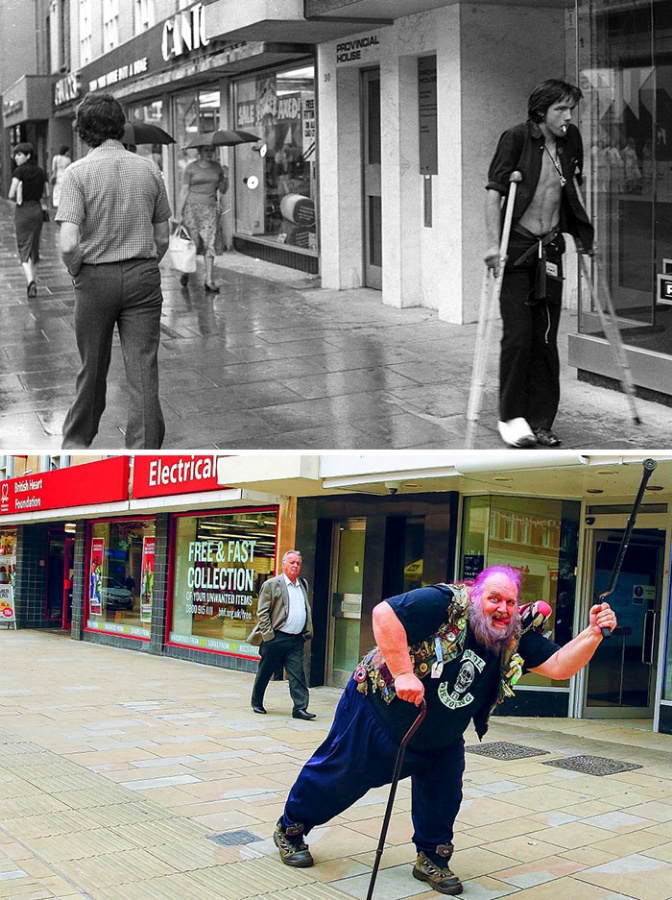 Now, this person has changed a lot. He looks so much crazier. 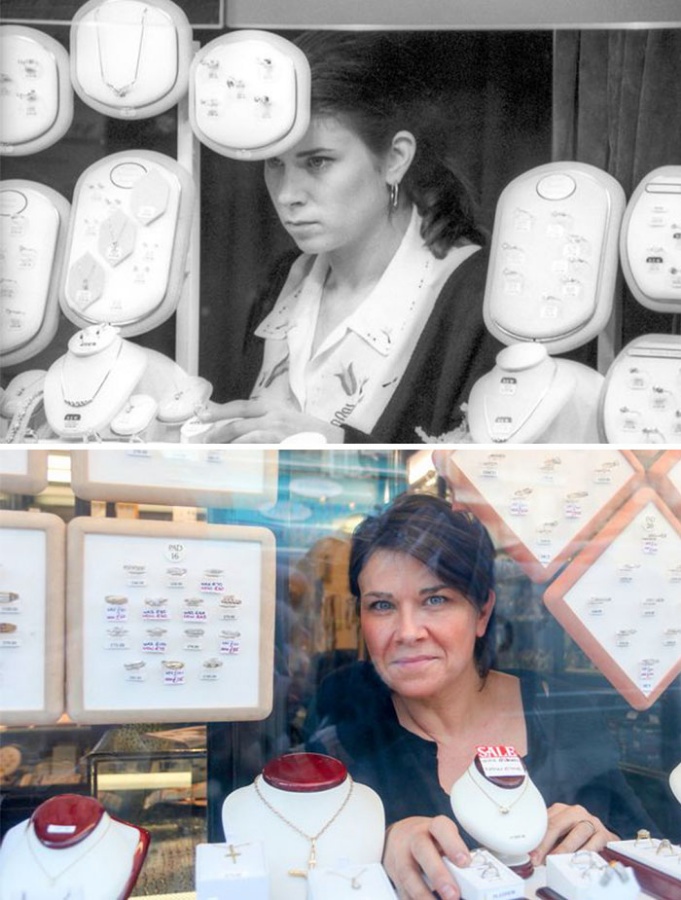 She said to the street photographer that she loves jobs which involves interacting with the people. Ever since 1990, she is only had jobs of that kind which is surreal. 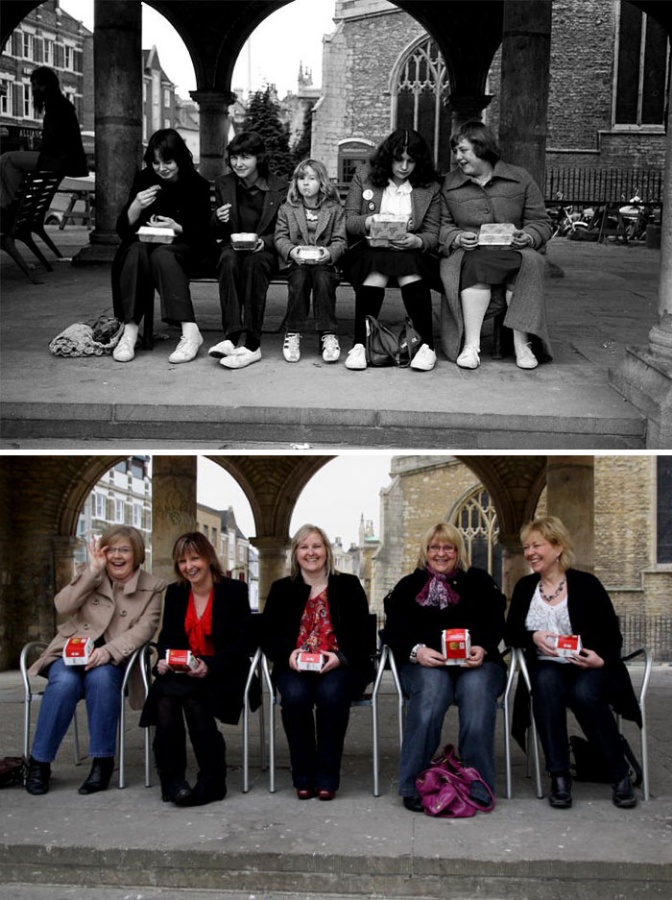 It is really good to see a bunch of friends from then, still being friends. The last one on the right is actually Juliette’s sister who took Juliette’s place because she unfortunately died. 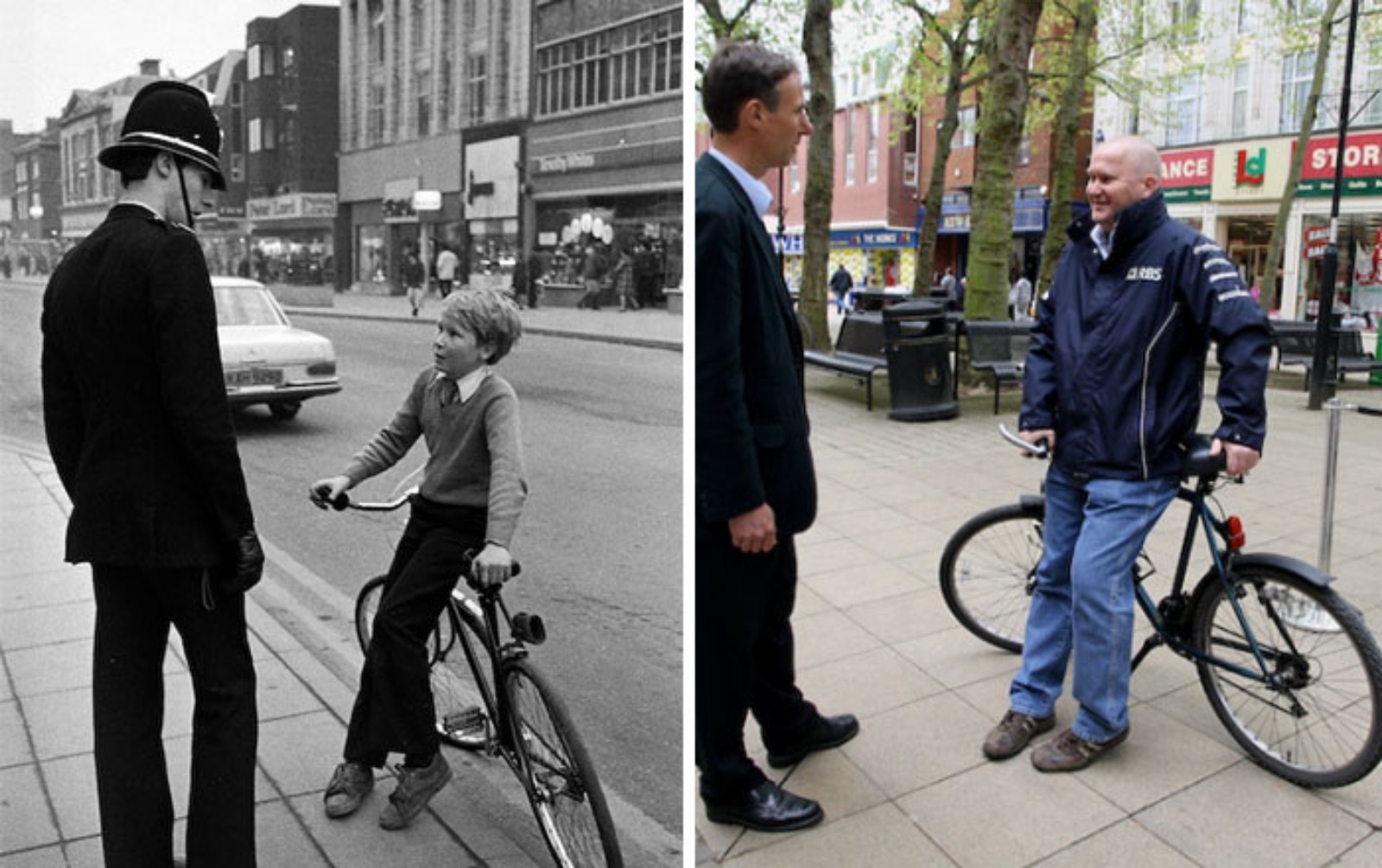 A lot has changed in their lives. David Harvey became the chief superintendent later and now is happily retired, while Tim Goodman is a successful businessman.

Claire’s Employees Share Their Store Secrets Which Are Shocking As Hell!