Sarcasm.co
Home People 12 People Who Look So Similar To Movie Characters That They Will...

Did you know there are 6 other people in the world who look exactly like you? Wouldn’t it be more surprising if you find your look alike in movie characters? Or, in just someone you know.

What will be your reaction if you find your Maths professor look exactly like professor Snape from Harry Potter? You may find these carbon copies anywhere, be it in a coffee shop or while waiting for a bus. So, we have collected for you a list of such lookalikes of popular movie characters who are sure to blow your mind.

1. This is the face he made when I asked him why he had to kill Dumbledore 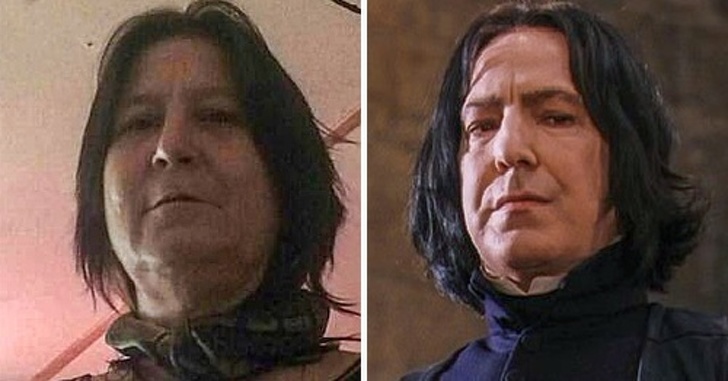 The arrogance is same in both the looks but we all know he was not a bad person at heart.

2. I’m wondering if the bus leads to Mordor 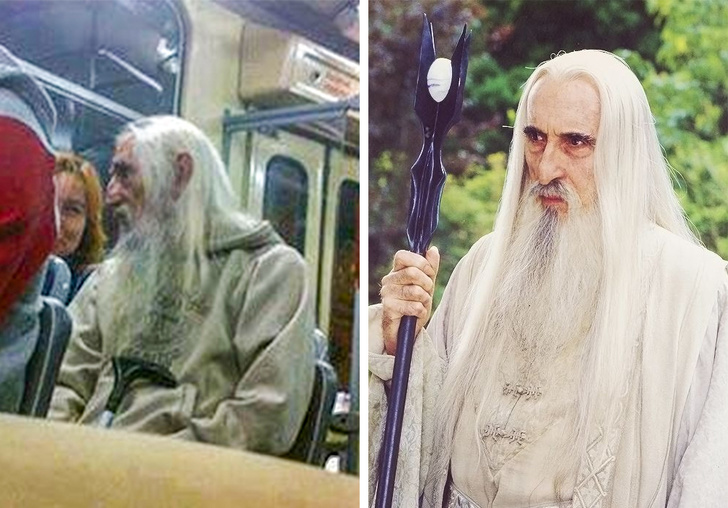 Where else will Saruman be headed to? The similarity is indistinguishable.

3. If Moana was in real, she would look exactly like this 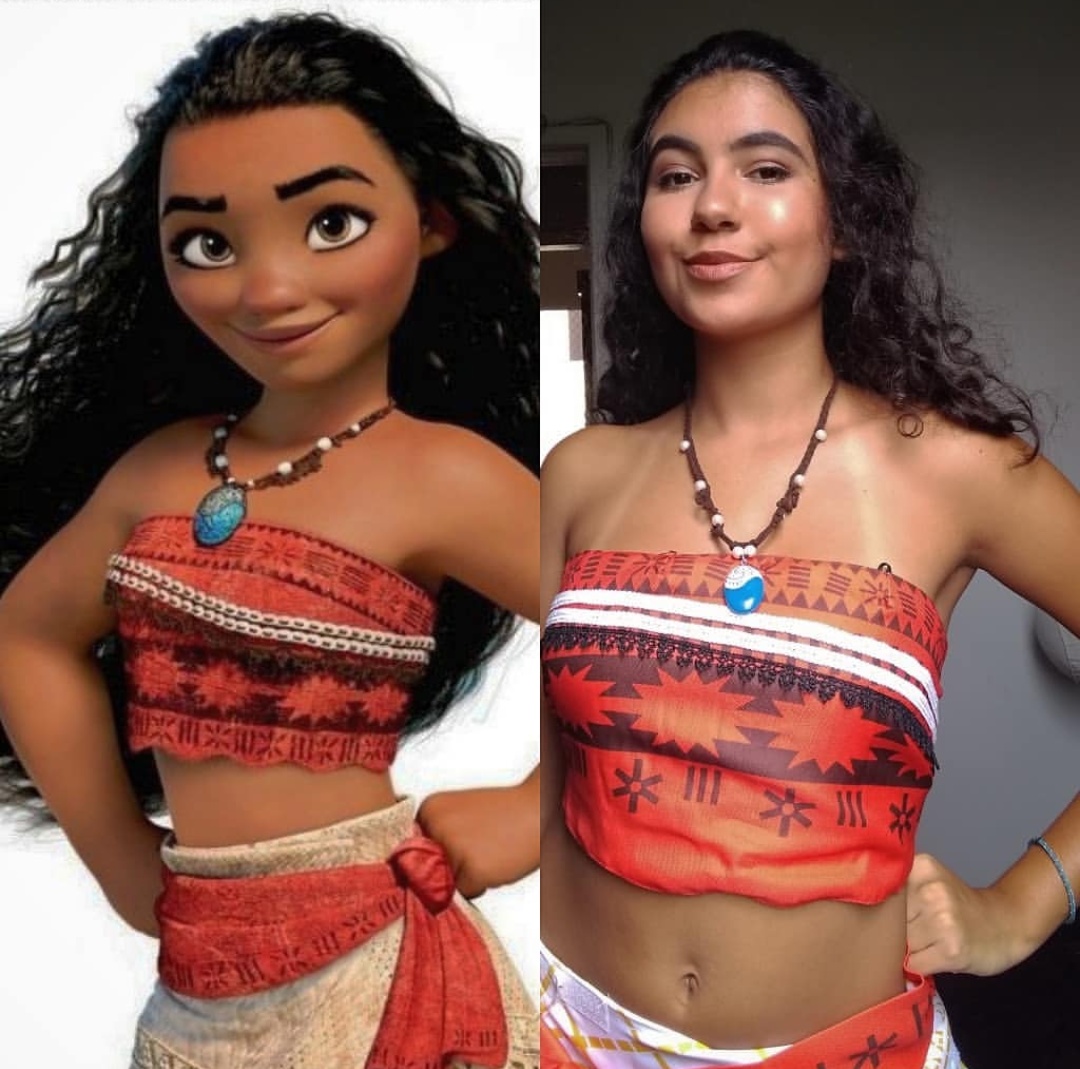 The girl decided to get a makeover and oh my God she turned out to look exactly like the Disney character.

4. This look-alike has really justified the good looks of Prince Adam 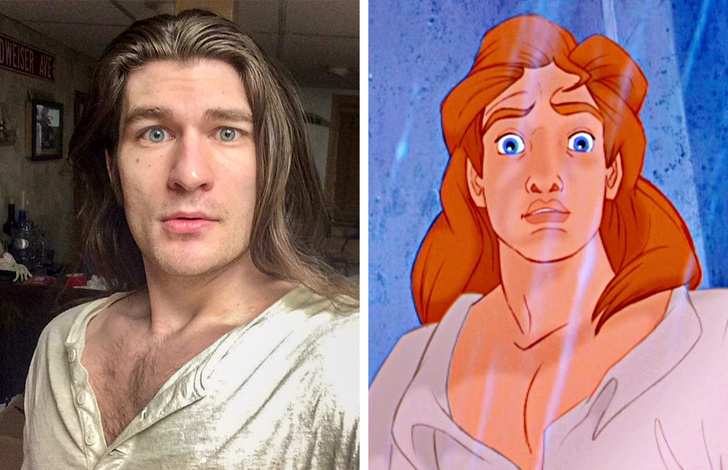 We girls have always dreamt of having a boyfriend or husband like Prince Adam. Well girls you have the chances now.

5. These carbon copies can even confuse Tarantino 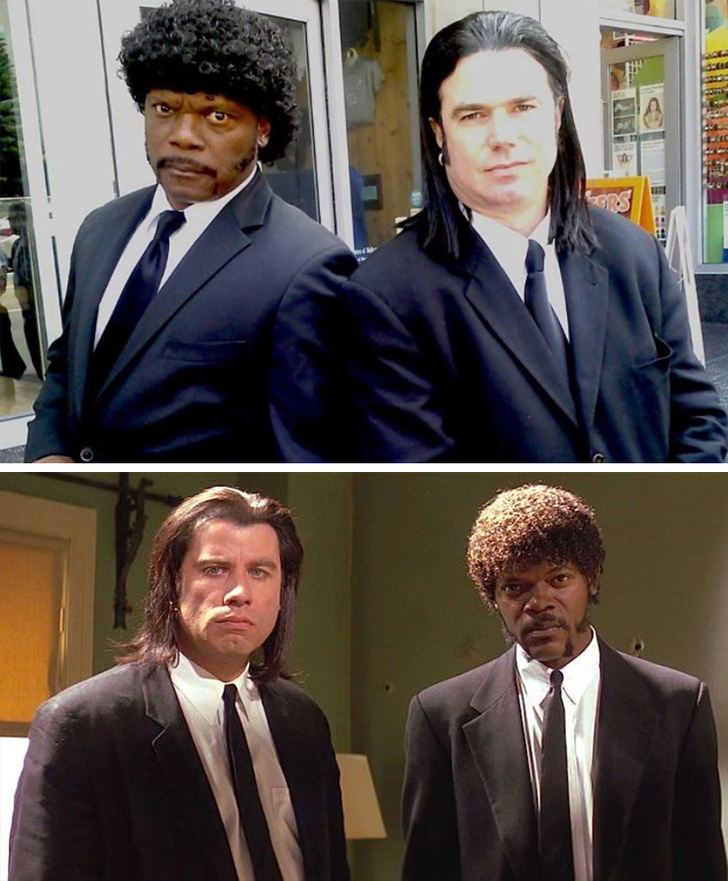 The best look alikes I have ever seen. If you stumble upon them on road don’t forget to take an autograph.

6. She is exactly Mary Katherine from Epic 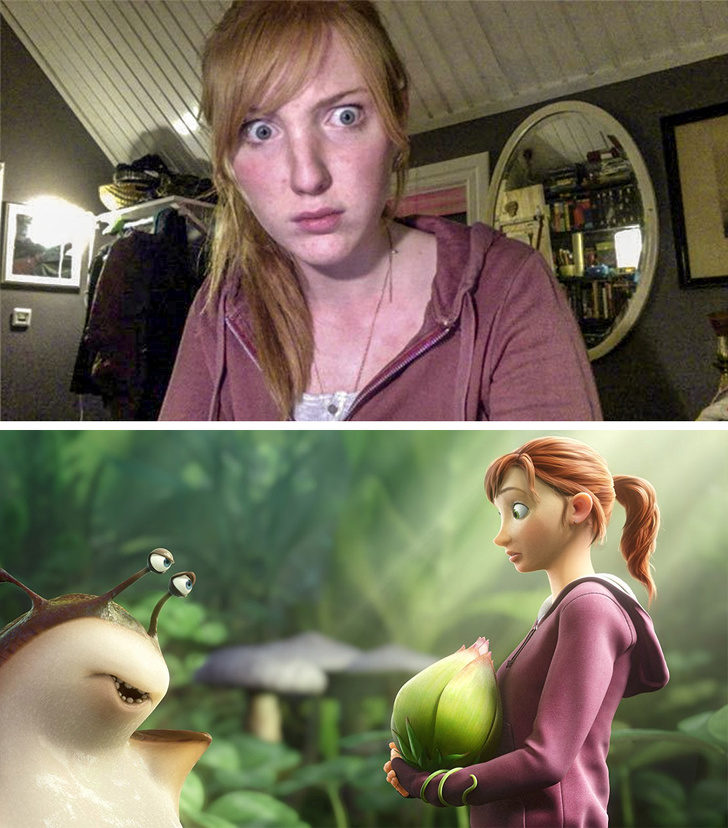 She looks as shocked as Mary from the film.

7. What will you do if you suddenly see Dumbledore sipping coffee at Starbucks? 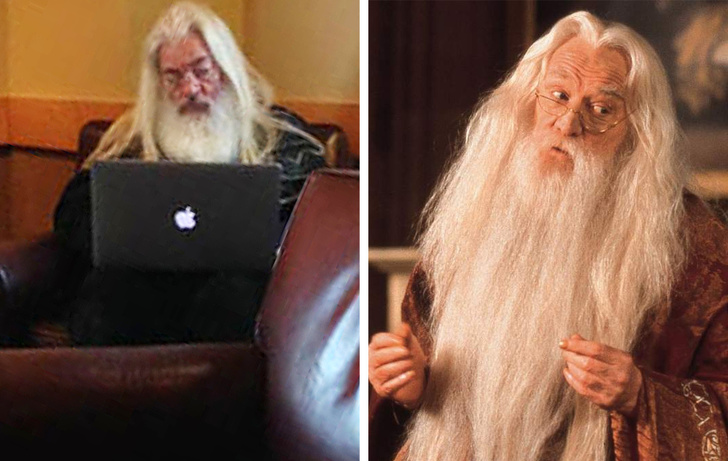 Don’t walk up to him and ask where Harry Potter is. 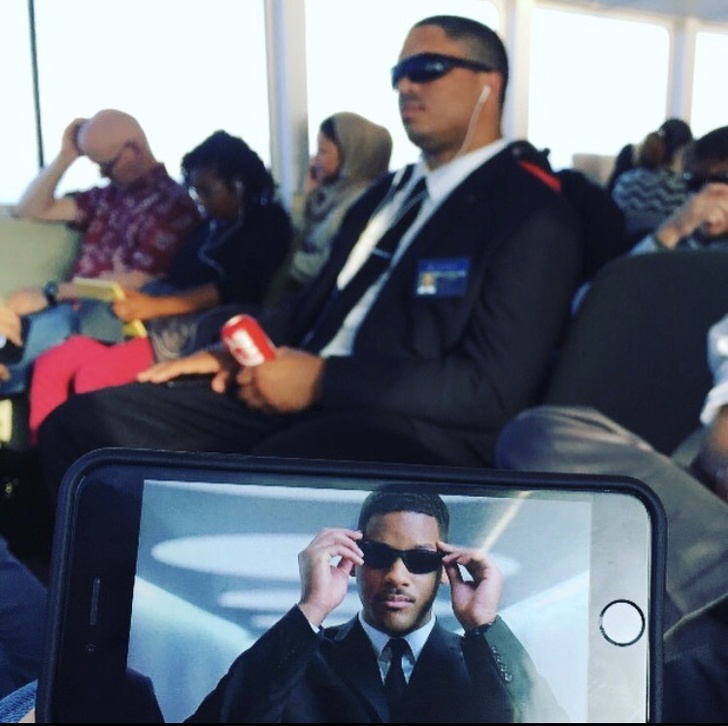 This time he did not take his car but instead chose to travel in a ferry.

9. Wait, is that Christian Bale from Psycho? 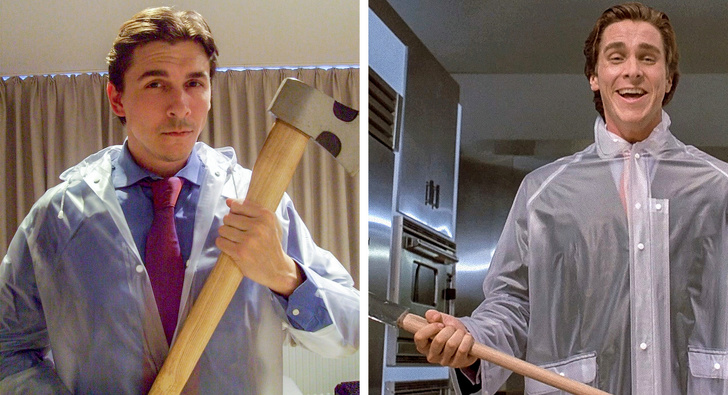 He can easily replace him as a body double.

10. This guy is the younger version of Adam Sandler 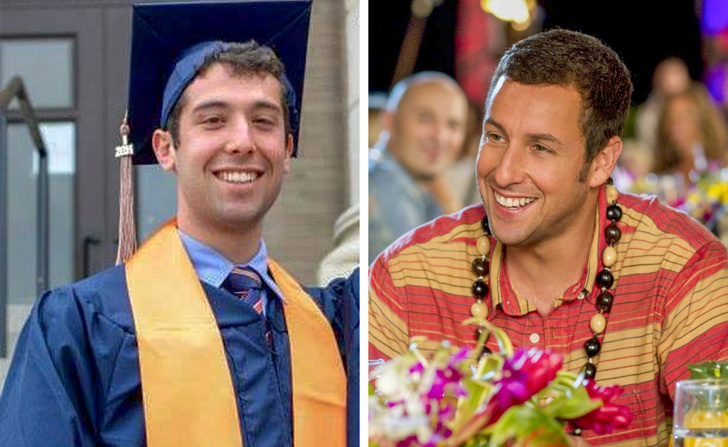 In the movie Just Go With It, Adam Sandler had the similar haircut, making these two look exactly the same.

11. Harry Potter and Hagrid on another adventure 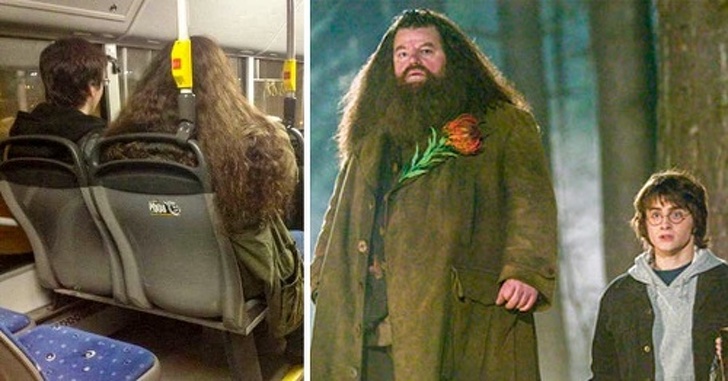 The only difference this time they are taking a bus and not Hagrid’s vintage car. Their backs look so similar to movie characters’.

12. Heisenberg from Breaking Bad spotted at a drug store 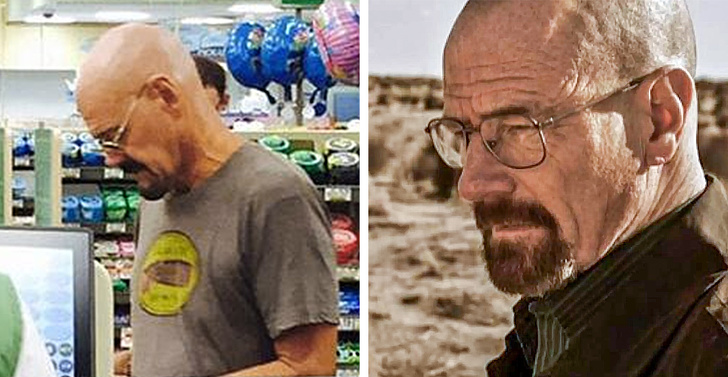 Where else could he have been?

Mother Was Confused How Her Son’s Grave Was So Green, Couldn’t...