Depression is a killer, and it’s almost impossible for someone to understand it unless they have experienced it themselves. Being isolated and becoming anti-social comes with depression. It makes it all worse because you keep overthinking and wish to escape life.Not everyone knows about your depression and you can’t help but to keep a façade to hide it but deep down all you want is someone to understand you and not judge you. Pauline Palita a 22-year-old visual artist and mental health advocate have revealed a reliable method of how to spot people who struggle with mental health, and it’s going viral on Twitter.

Pauline said “I’ve been diagnosed with bipolar disorder. I’ve decided to become a mental health advocate because I knew there were a lot of people out there fighting the same silent battles. I know how hard it is to deal with this kind of illness, the feeling for not taking your condition seriously. I also know a lot of people out there who don’t have the ability to speak about it. The only thing I can do is spread and raise awareness, [trying to] end the stigma around mental illnesses.”

Depression makes people mentally tired and you don’t feel like getting out of the bed. 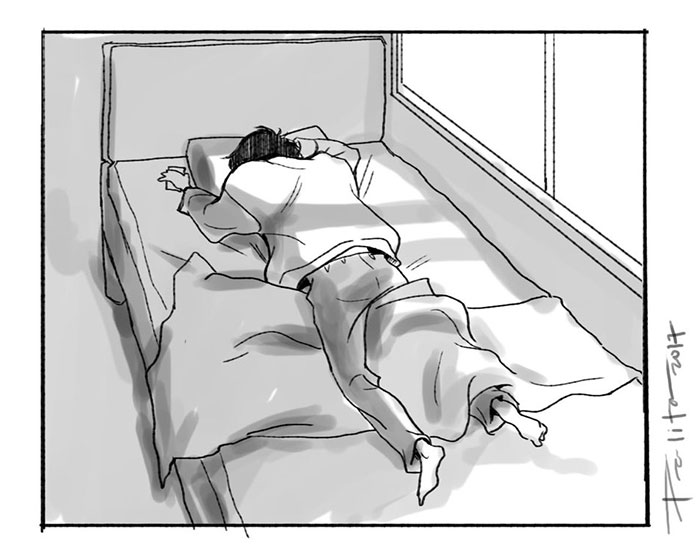 She explains why mental illnesses can make people so tired. 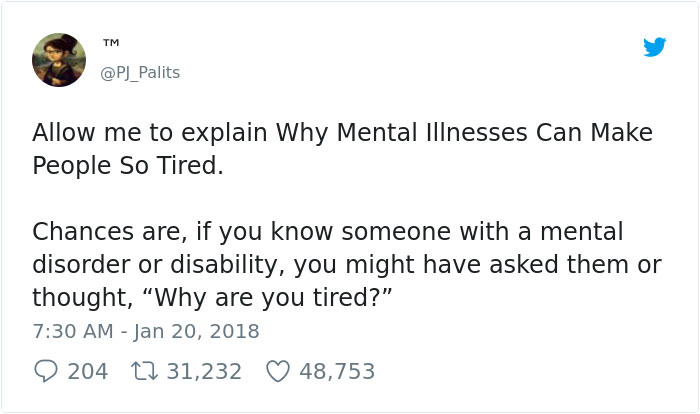 When people answer they are fine do you think that are they actually fine? 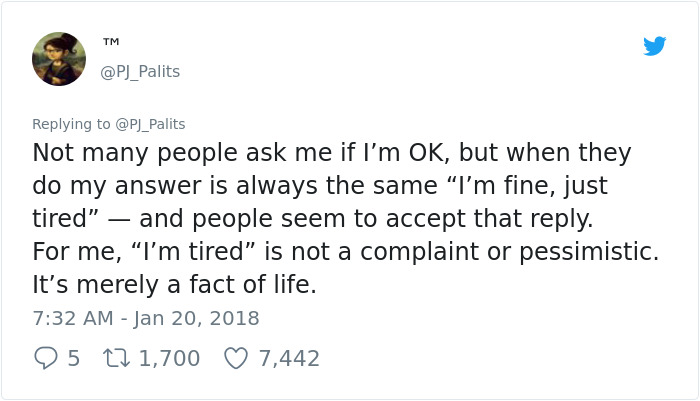 You need to know why people who are constantly battling their own battle feel so drained. 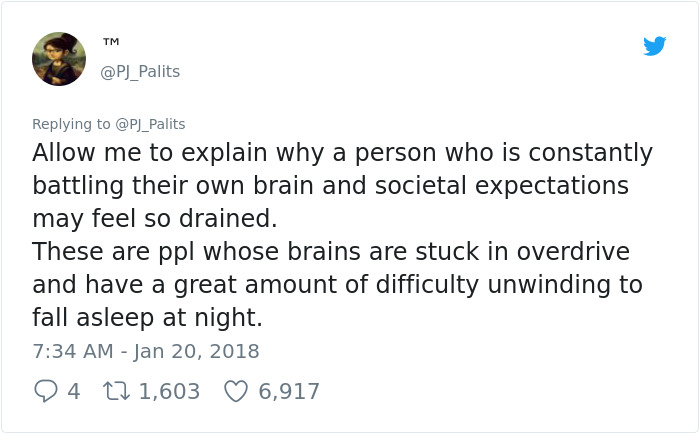 An average person needs 7 minutes to fall asleep but people with depression takes more than an hour. 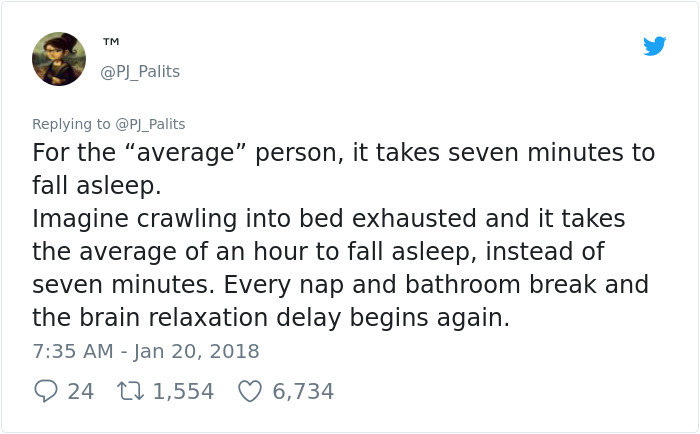 They don’t get sound sleep. All they do is toss and turn instead of getting some rest. 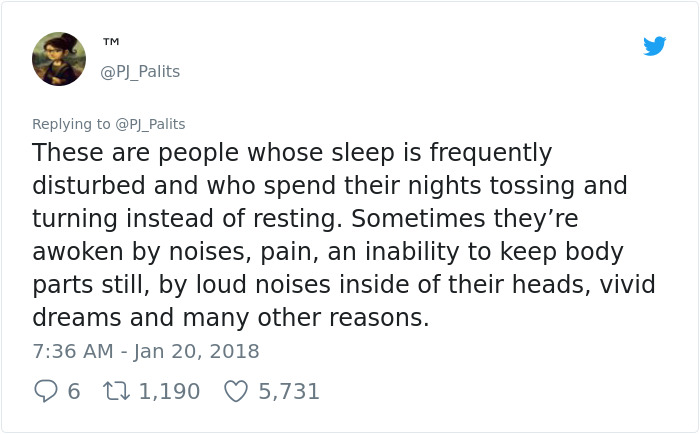 Do you know how it feels when you wake up and all you think is that at least you lied down in the first place? 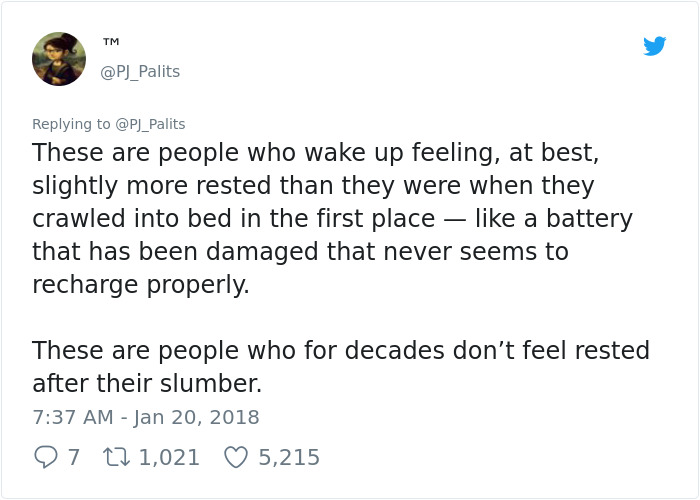 You try to focus and do the work with all your heart but your mind is not ready to do so. 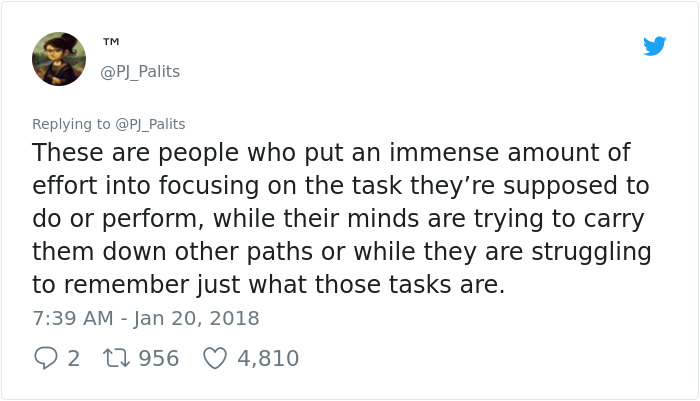 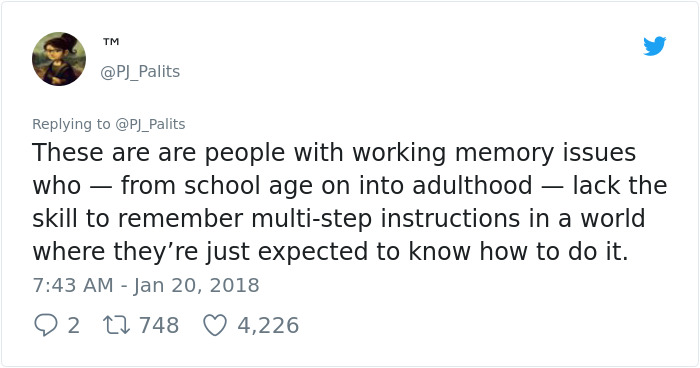 You fight with your own thoughts. You aren’t strong enough! 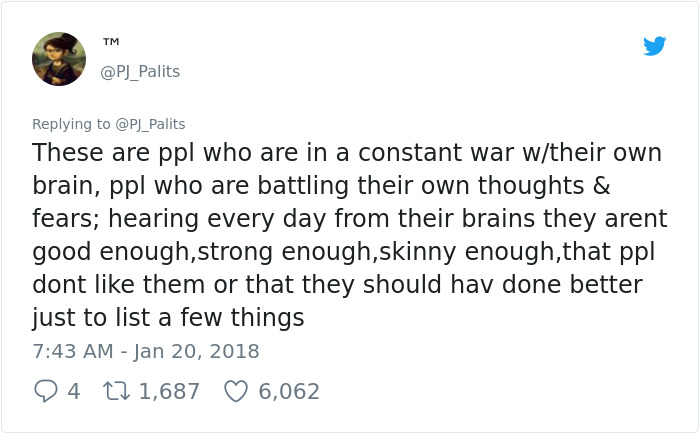 People with mental illnesses are in constant war with the judgments of others.

We ask them questions but do we really try to understand what they are going through? 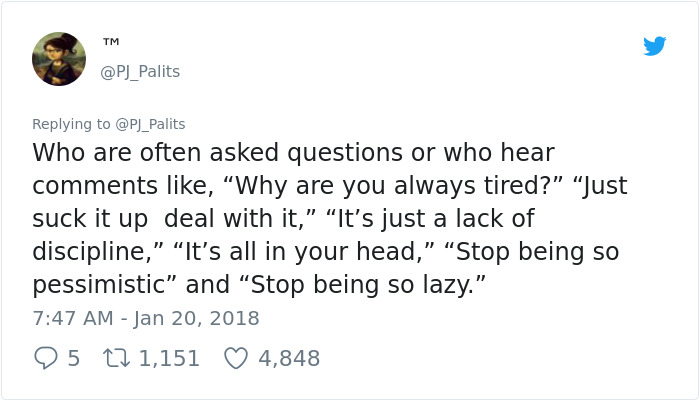 Things mentally exhaust them. So stop judging them. 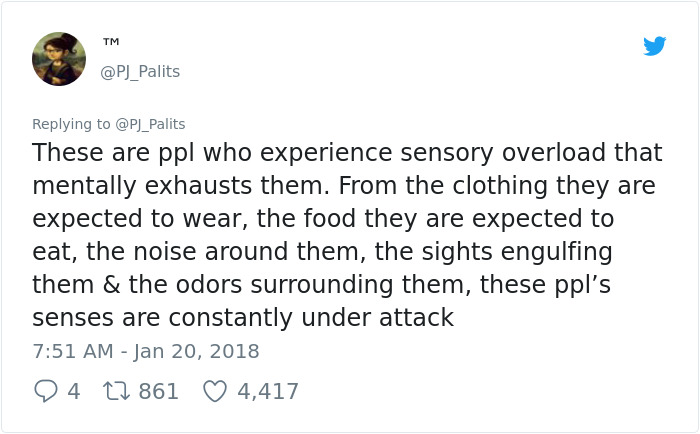 If you can’t understand or at least try to understand have no right to give their comments on them.

They spend most of their days dealing with fears.

It’s like living on a rope bridge swaying in the wind over a canyon while you fear heights. 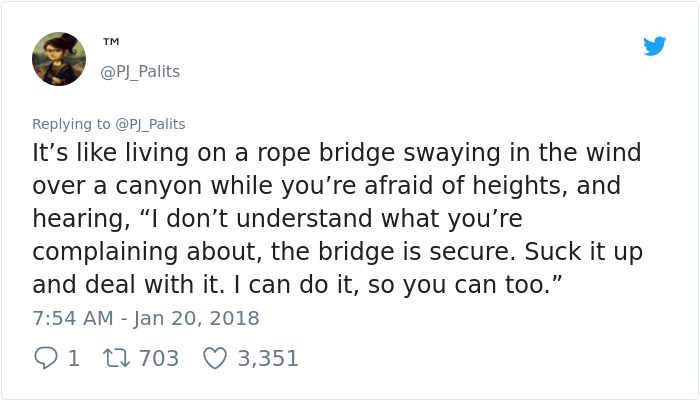 Even communicating is hard for them.

It’s the worst thing someone has to go through every day and still pretend like they are absolutely fine. 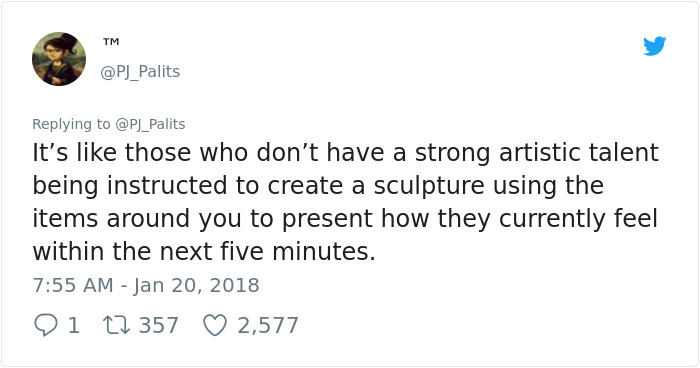 It’s hard for them to understand even the body language and emotions. 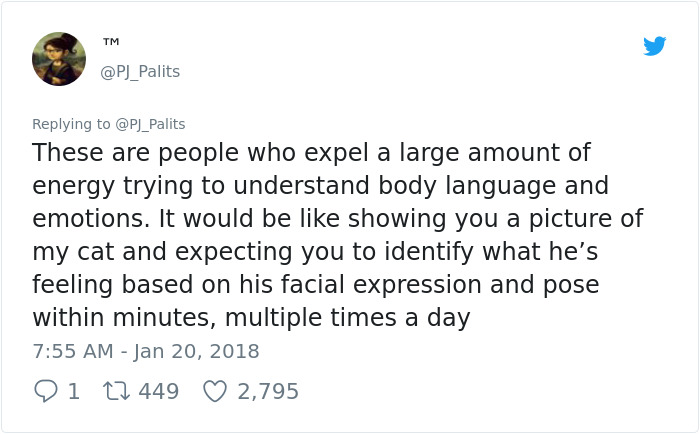 These are the people who are tired from taking all those medicines and having their side effects. 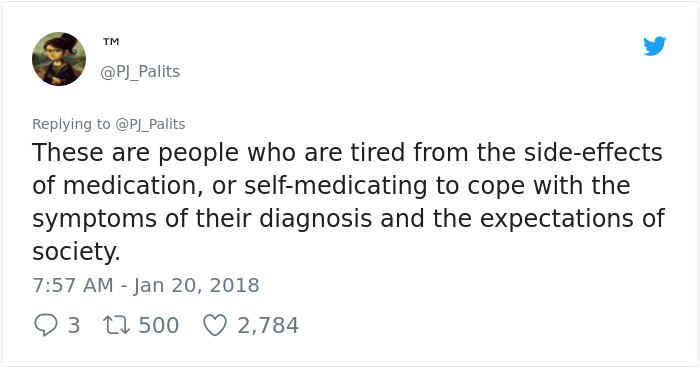 They struggle every day between what’s right and what’s not. 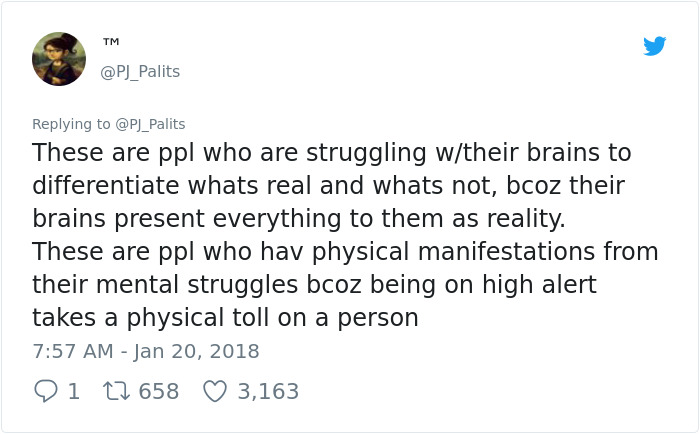 They go through so many things all together and still survive. 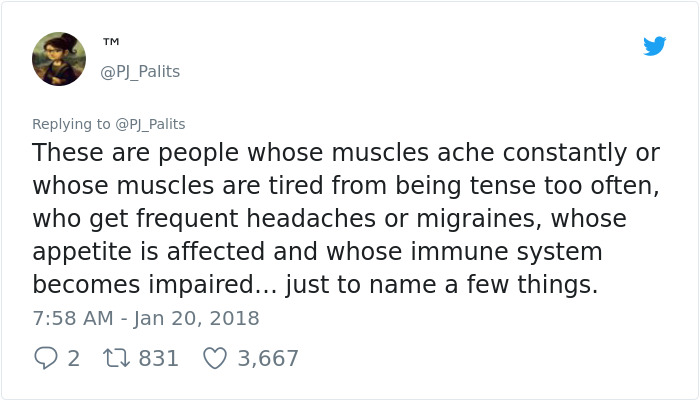 Look beyond their answers. 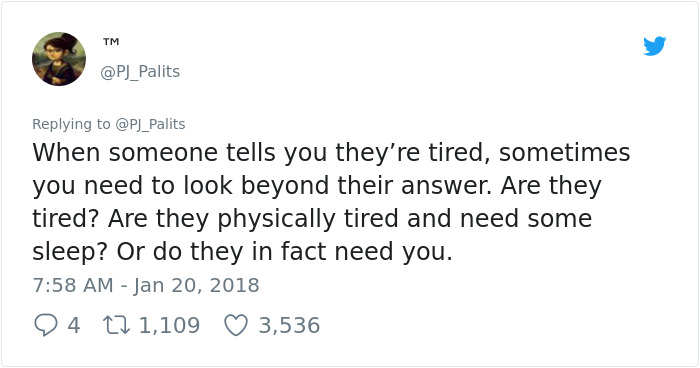 They need someone who can look them into the eyes an ask them what’s wrong and how they really feel. 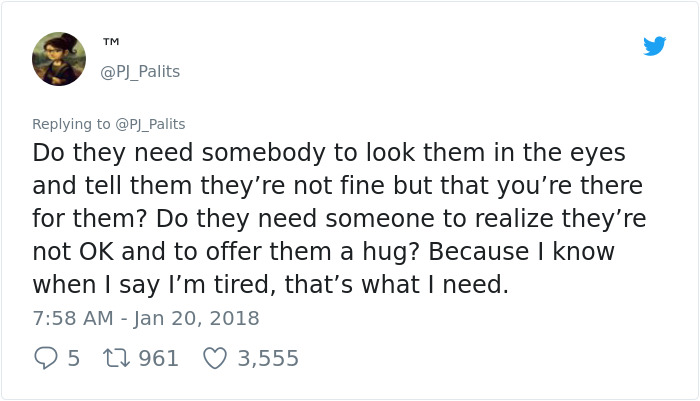 They are not irrational or lazy.

Just be patient and empathetic with people like them. 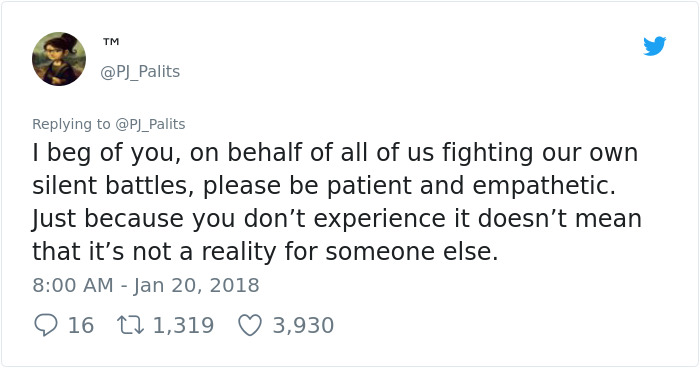 Relating to the issue, people thought Pauline’s thoughts were spot-on. 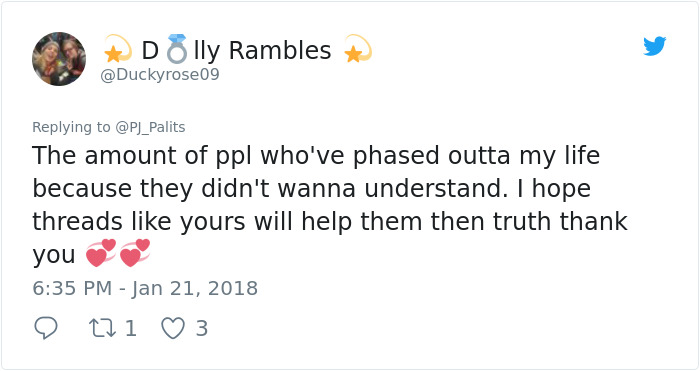 People thanked her for explaining things that they couldn’t. 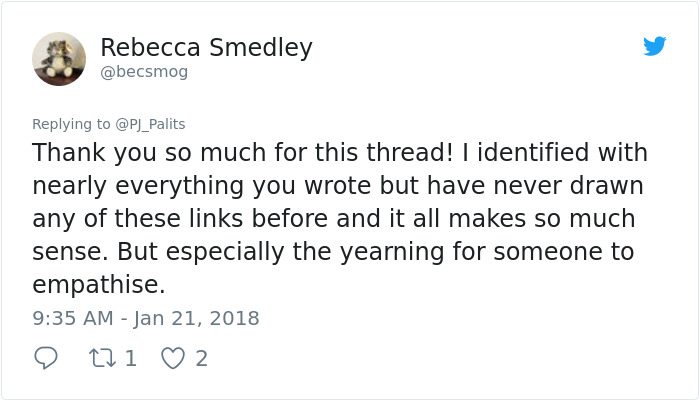 People who go through it daily finally felt like someone can understand them. 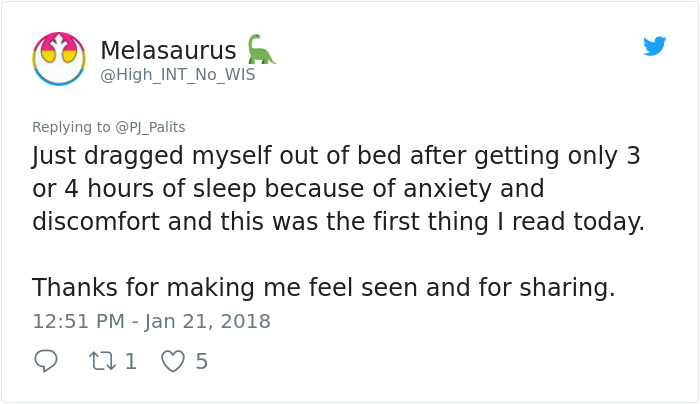 Internet was so thankful to her. 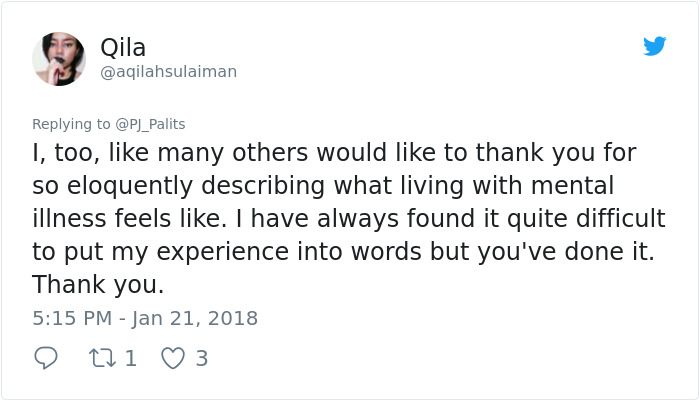 Here’s How You Can Flush Out All Your Body Toxins Through...

20 Girls Who Were Misled About How Tampons Work