Sarcasm.co
Home Crazy Father Hides Money In His Daughter’s House Whenever He Visits Her And...

Girls love to be adored, cherished and accepted. Dad is a girl’s very first prince charming. As a girl grows up her self-concept of a female and her self-worth as a young woman is mainly shaped by the relationship she has with her dad.
She recognizes her value through the reflection in his eyes. A girl sees her dad as an example of how a man should treat her because of the way he treats her and her mom. Dads usually have an increased need to protect their daughters, if they tend to be naive because they wouldn’t want anyone to hurt them.  There are basically many reasons behind this psychological behaviour variation with the same child by the parents.

Read More: This Father Completely Transforms His Body Beyond Recognition In 6 Months

One father went to these lengths to ensure that his daughter felt the love she deserved and she being grateful had to share it with the world. The result was some hilarious pictures of places where he hid money for his daughter.

From the inside of a bag to the top of the cupboard, each time this dad hides a dollar bill, it’s somewhere else. “I live close to him and he sees me regularly. We’re buddies,” the daughter said. “He usually doesn’t leave another until I find one.”

She thanks her loving father by cooking him huge meals. Dinner aside, the dad is avoiding a simple “thank you” or anything else that would acknowledge his sneaky gifts. “He just likes getting the pics and sends back the sunglasses guy.”

1.This father hides money in his daughter’s house whenever he visits her. 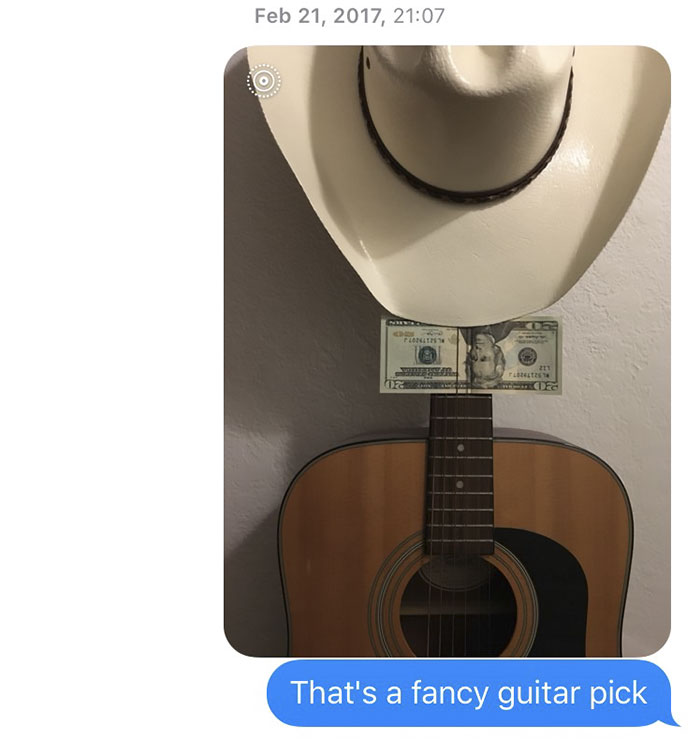 2.He never lets her know when he had done it and hide the money in his daughter’s house.

3.Imagine how lucky you would feel if you find money at random places in your house. 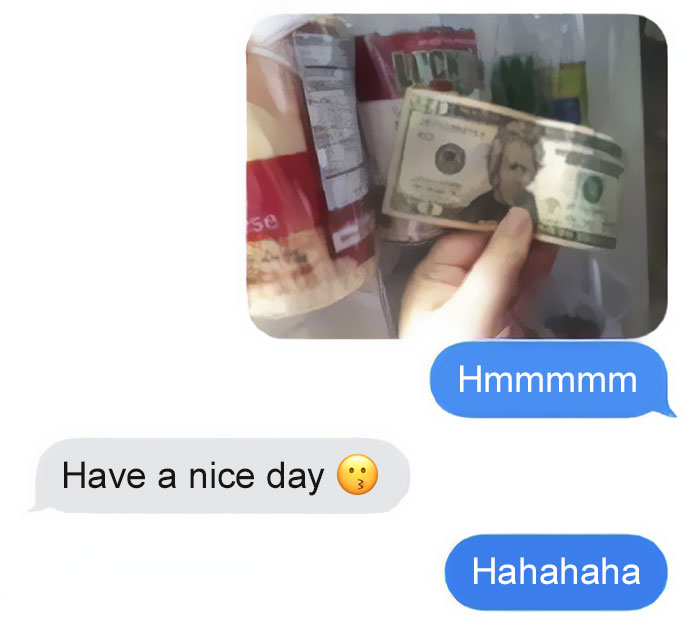 4.How are you supposed to notice it if someone hides it at places like these?

5.It’s a reward for cooking for him. Isn’t that adorable? 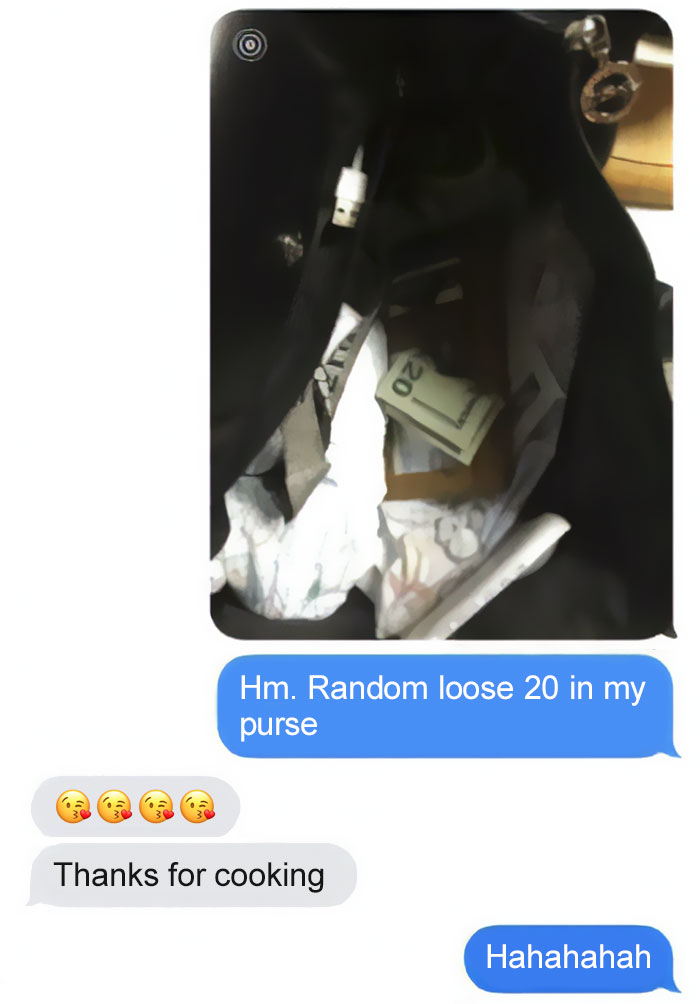 6.She needs to find the seeds for these flowers but oh wait, there is something else! 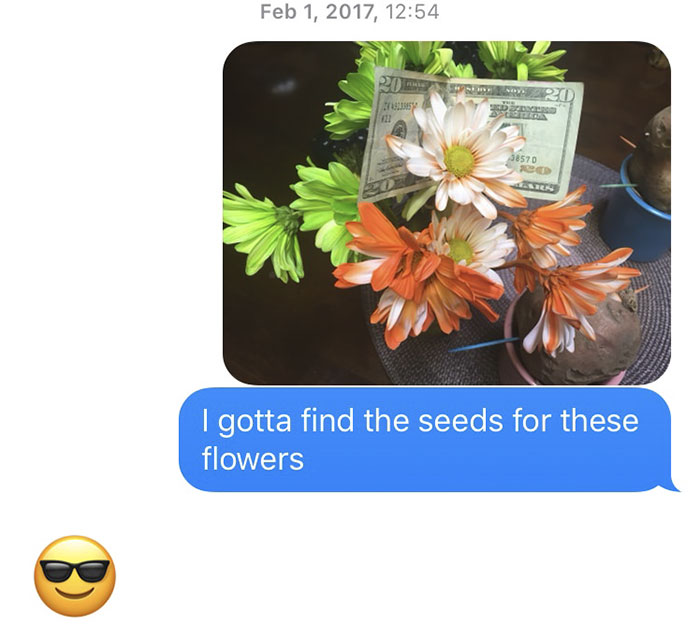 7.I would feel I am the luckiest person on this earth if I find money like these at my house. 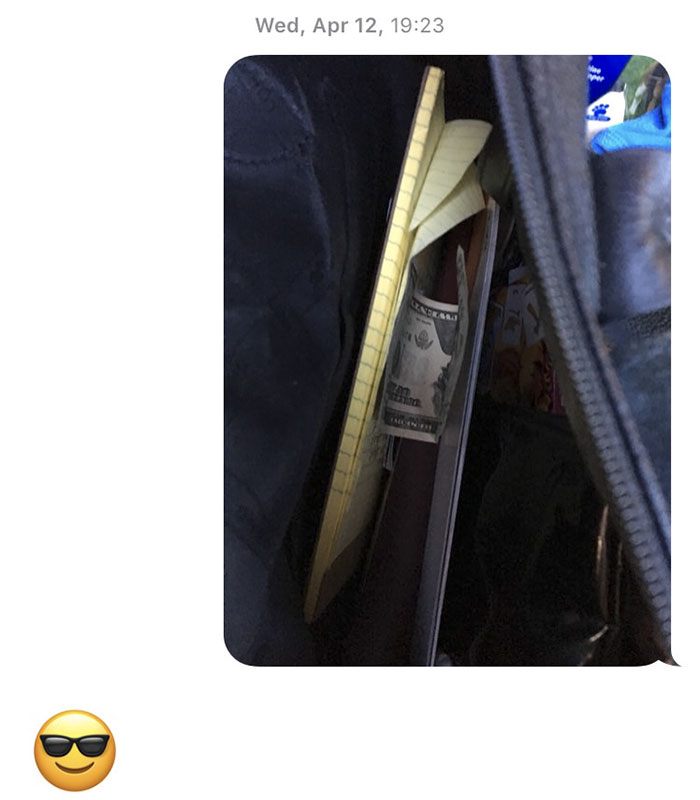 8.Well, how is she supposed to notice if you are going to hide it in such ways?

9.Now, who looks under it? You should find a better place to keep the cash! 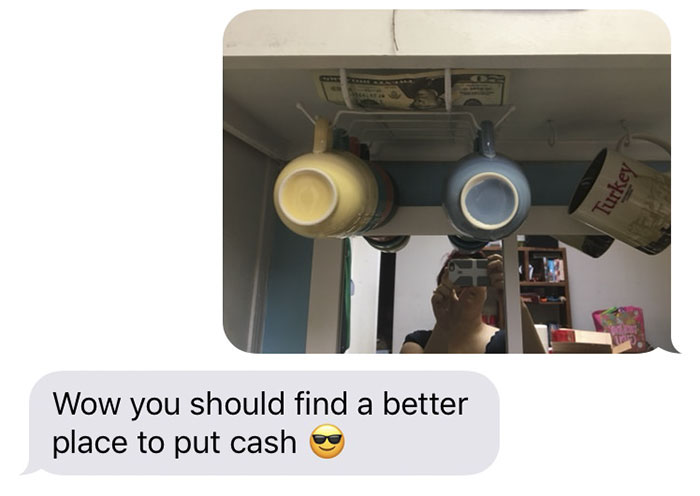 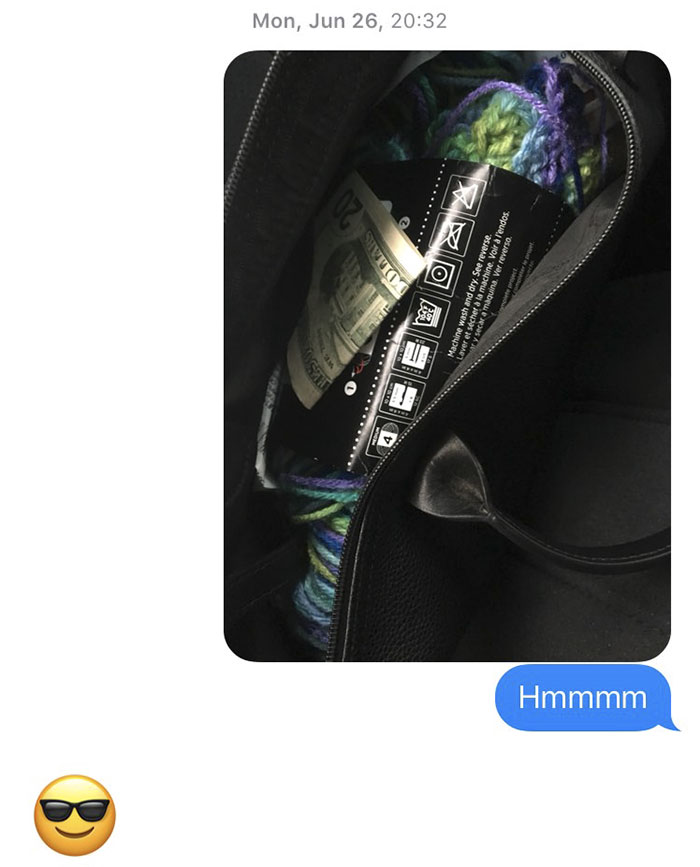 God knows where he will hide the next 20 dollar bill, I think he has covered all the places in the house already! Maybe he will just give it to her next time!

22 Things That Shouldn’t Have Faces But They Do