Men and women, we are all equal, just wired a bit differently. Even scientists have successfully concluded that though a human brain looks the same, men and women have a tad different neural circuit.

A male brain is wired for having clearer perception and executing much-co-ordinated actions, while a female brain, on the other hand, has got special wirings for memory and social skills which attributes a lot towards their multitasking capabilities.

The society also contributes a lot towards how men and women brains function. How we gain certain habits or style that is different from our gender counterpart is something inherent and probably a weird mixture of our brain functionality and society both.

Like you won’t find many women taking a loo in public but surely find some men doing it or like it is not possible to find many men afraid of spiders but women surely put up a freak show. The difference between male and female characteristics are endless.

From personal grooming to socializing – both the genders have some peculiarities that set them apart. Differences are good though. It is what draws us towards the opposite gender.

So to show just how different men and women have their lives, we have compiled a set of illustrations that we know the readers will surely enjoy. 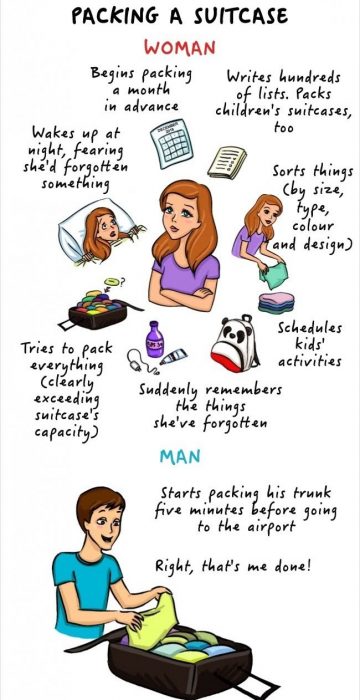 How Do Guys Even Manage To Look Sleek and Handsomely Put Together In Just 5 Minutes? 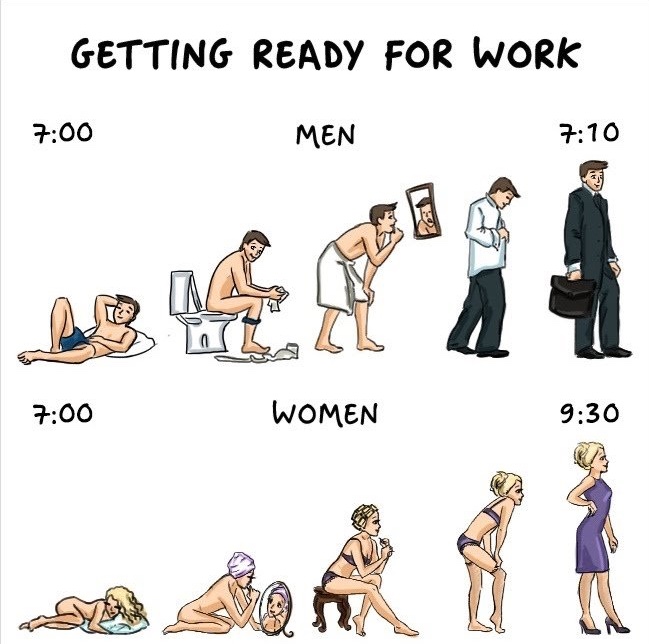 We Deal With Breakups So Differently 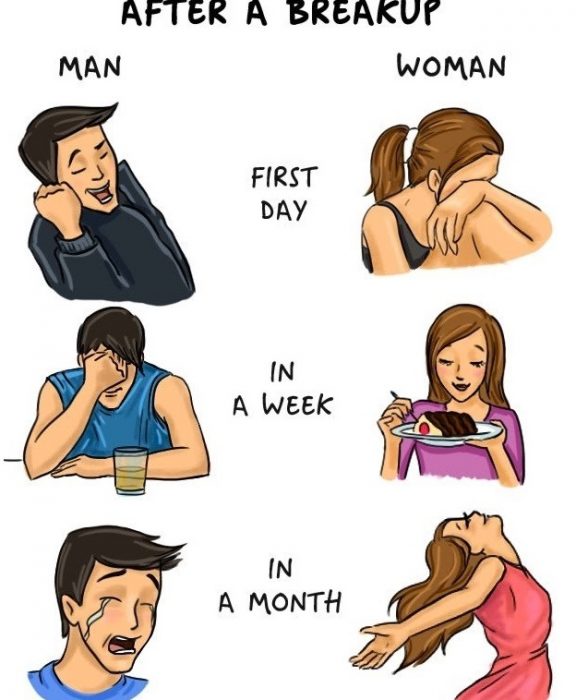 A Trip To Salon For A Women Compiles Of Threading, Waxing, Hair Cut, Hair Spa, Manicure and Pedicure 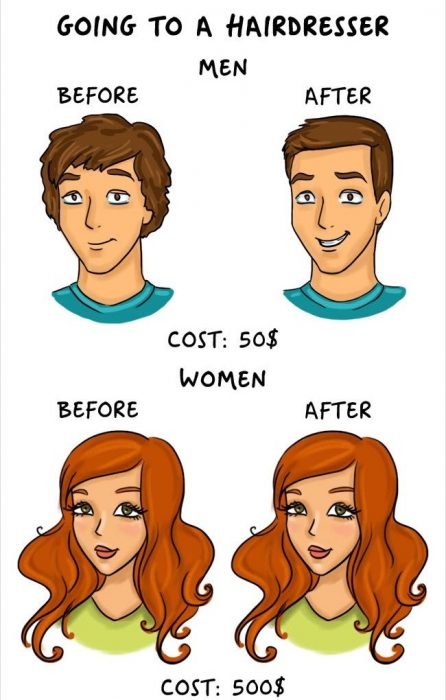 The Word ‘Patience’ Doesn’t Exit In A Man’s Dictionary 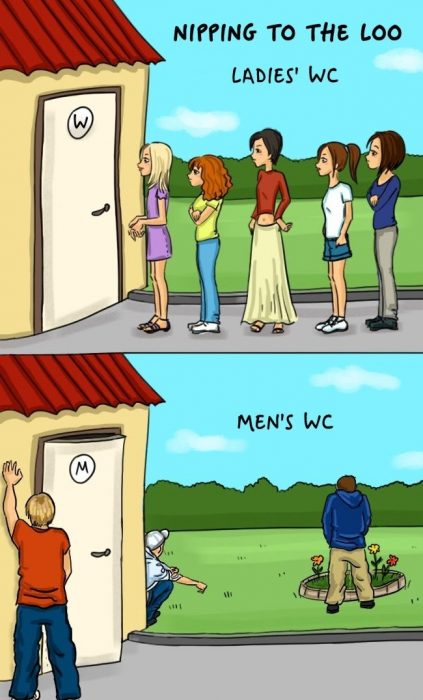 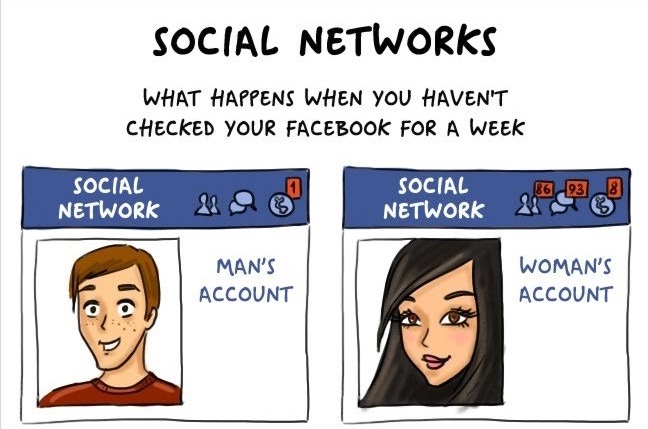 The Rules Of Sharing A Bed Are Set By Her 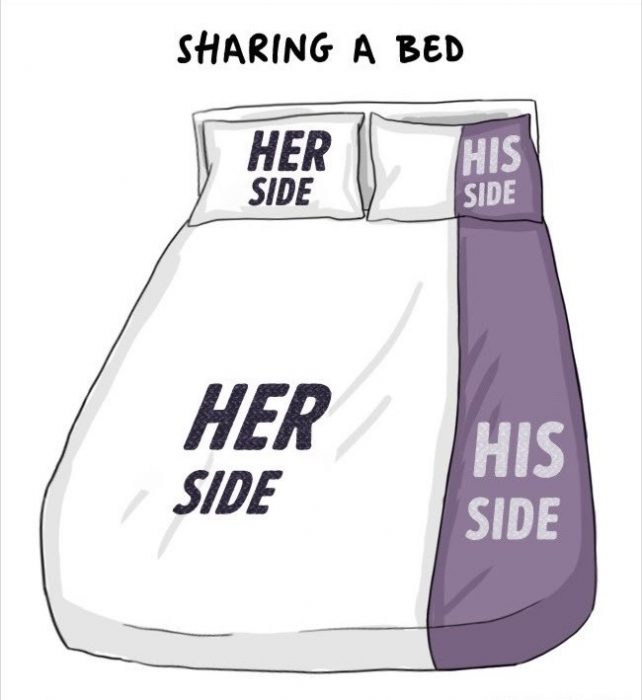 Men Don’t Know The Difference Between Pastels And Earth-tones Duh! 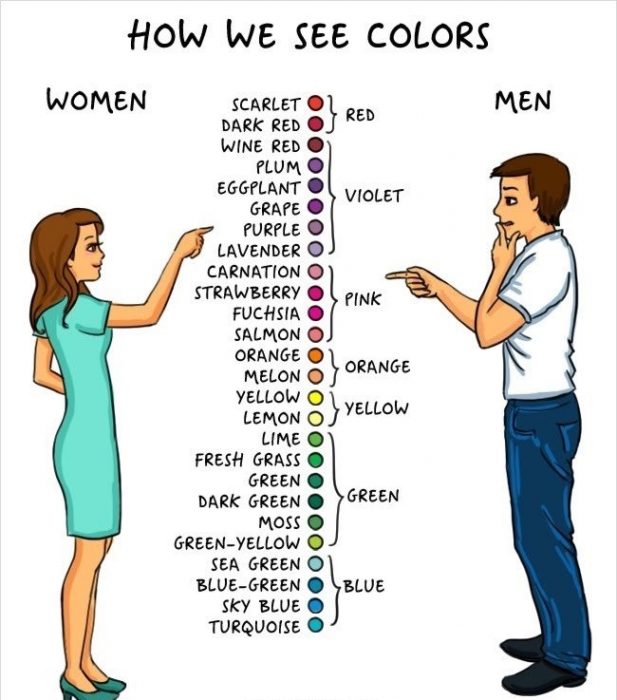 It’s All In The Eyes Of Beholder 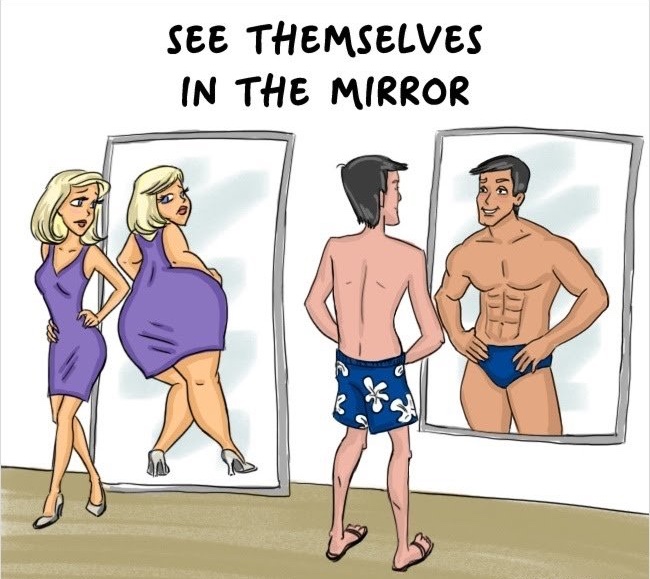