Sarcasm.co
Home Trending 21 Game Of Thrones Memes That’ll Crack Up Every GOT Fan

Ever since Game Of Thrones has aired, it has become the most watched TV show ever. Considered as the best series ever made, this fantasy show has gained billions of fans across the world with time. And the best part about all this is how people actually wait for a year for next season and meanwhile, they keep coming with all sort of theories. Some of them turn true, while others, just fragments of people’s imagination. Also, not to forget the memes we come across per day that. They are downright hilarious and full of puns.

Read More: 14 Game Of Thrones Fan Theories That Can Still Happen In Season 7

So here, we bring to you 21 Game Of Thrones memes that’ll crack you up if you are a GOT fan!

1. I know rape jokes aren’t funny but this one cracked me up. People who make such memes will for sure go to hell.

2. That’s one awesome poetry. But Jon Snow, you don’t know anything, don’t expect the same from us.

3. Let’s say my brother is Robb Stark except he is alive. Game of Thrones is going get me disowned someday.

4. The night king and wall, Donald Trump and wall. Why is everyone obsessed with walls these days?

5. We know it too, we know it tooo. Game of Thrones, you really need to lift this veil soon.

6. These memes are no less than art. How subtly they summed up two episodes in two lines.

7. Damn! The man who made this deserves a salute. This even cracked me up.

8. Well, there is Cersei, there is Daenerys and then there is Jon Snow. Come on, hand him over the entire kindom now.

9. When your pet teases you. These memes deserve a special hall of fame.

10. When Daenerys keeps on repeating the same thing, even behind the scene.

11. Sam, you have summed up every intern’s life perfectly. And so have these Game of Thrones memes.

12. Why can’t they kill Littlefinger already? On lists of people who should die immediately, he is the one who tops.

13. This moment gave me chills. And lady Olenna Tyrell, what a savage you were.

15. Can I get to meet the people who come up with such Game of Thrones memes? btw, the answer is Sansa Stark.

17. Sir Davos Seaworth aka the Onion Knight didn’t need onions to cry after this. 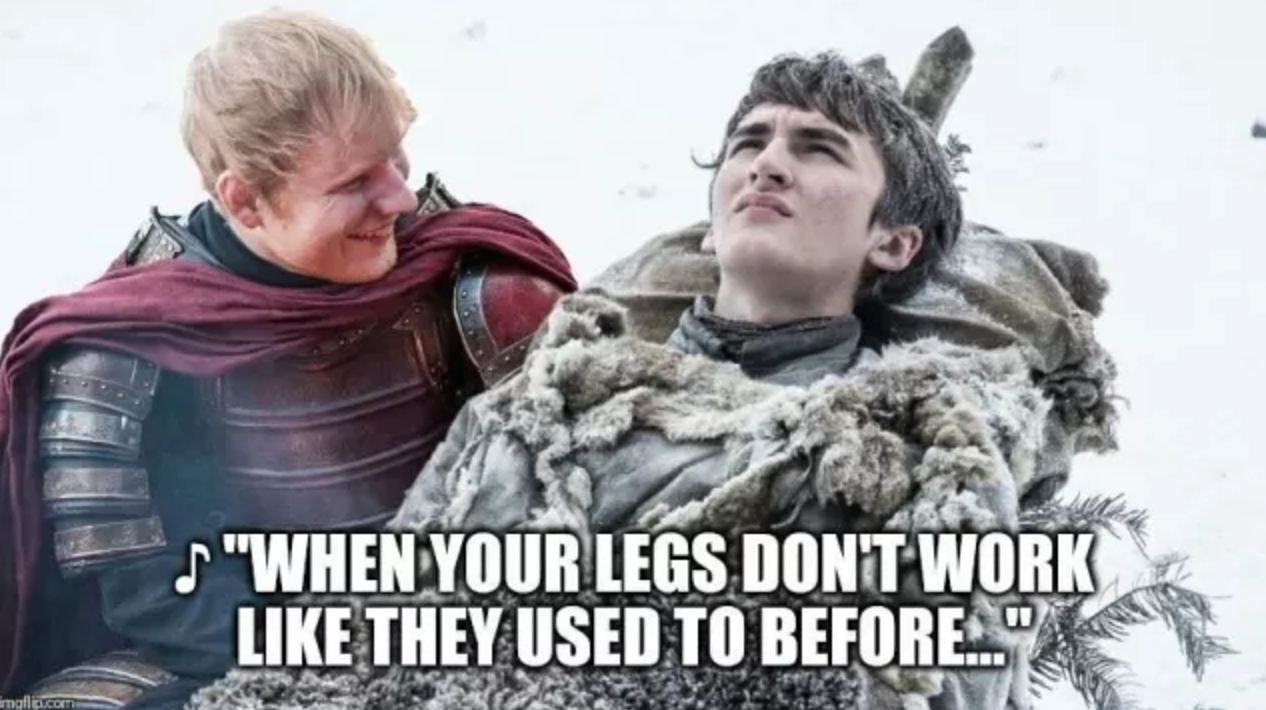 19. When Game of Thrones memes maker makes jokes about no one.

20. Sam, weren’t you listening? And a mountain of Dragonglass, that’s Stannishing. #okaysorry.

21. Oh! well, let me leave this here. Also, Game of Thrones, you need to explain this.

Also, Read: This Is How Game Of Thrones Stars Used To Look Like – Then And Now

This Policeman Taking Selfies With His Service Dog Is So Adorable

Get Ready To See These 12 Hair Trends Everywhere In 2018