Sarcasm.co
Home Confessions Guy Goes To Date And Refuses To Pay For Meal Because His...

Going out on a date with someone you are interested in or have been seeing for a while is always loaded with a lot of expectations. We always want to impress our partners by making the date as much memorable as possible. 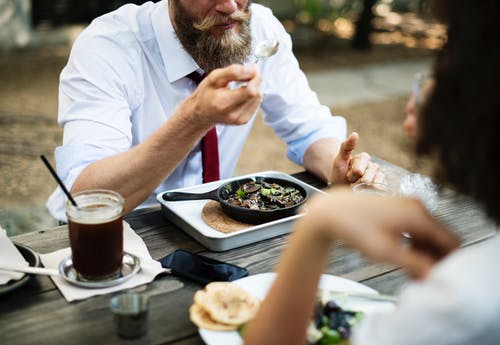 Men, especially, concentrate a lot on wooing their lady accompanist off their feet. And they go to relative measures for the same. Be it a well-planned movie, a night full of activities in town, a picnic or hiking trip or an exquisite dinner – there are a lot of ways that men partake to show their chivalrous side. Undoubtedly, fine dining, amongst others is considered as one of the finest ways of going on date during the courtship period. 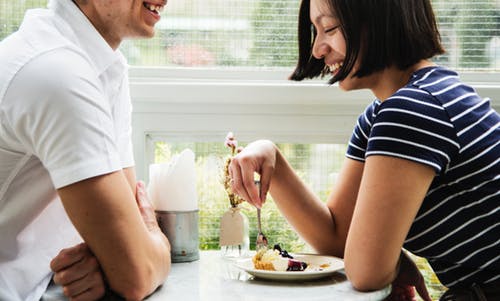 There’s just something about the ambience of the restaurant, the service and quality food that makes dinner dates so perfect. But sometimes people, while want to enjoy the fine dining experience- they neither have the etiquettes and knowledge nor the budget for the same. 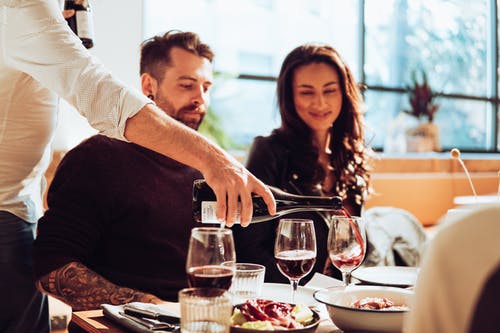 One such guy is doing rounds on the Internet for exploiting the fine dining services of a restaurant and further having the guts of calling out the restaurant for his cheap antics.

This guy went on a date with his girlfriend to one of the finest restaurants and ordered entree platter of steak and gnocchi – but later after enjoying a well-cooked meal, refused to pay because of the ‘portion size’. 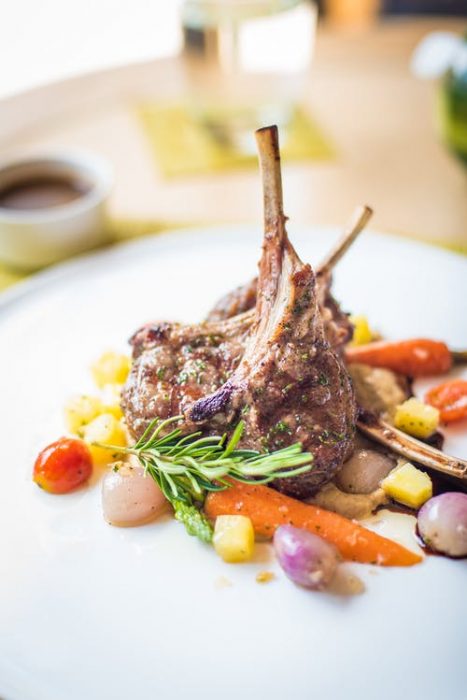 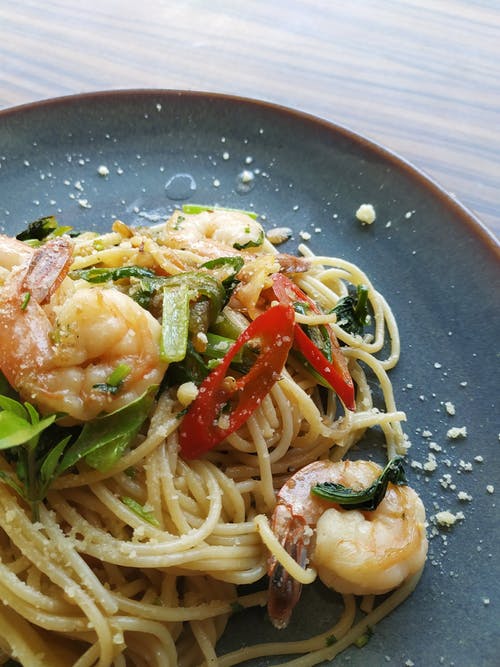 The guy took to Reddit to share his experience and asked other users whether his behaviour was out of line. 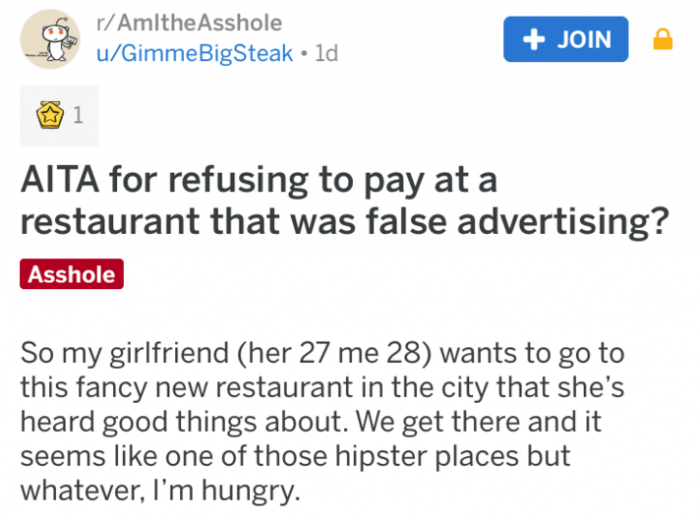 He also boasted about how he stood his ground on not paying for the meal even when his girlfriend was protesting against it. 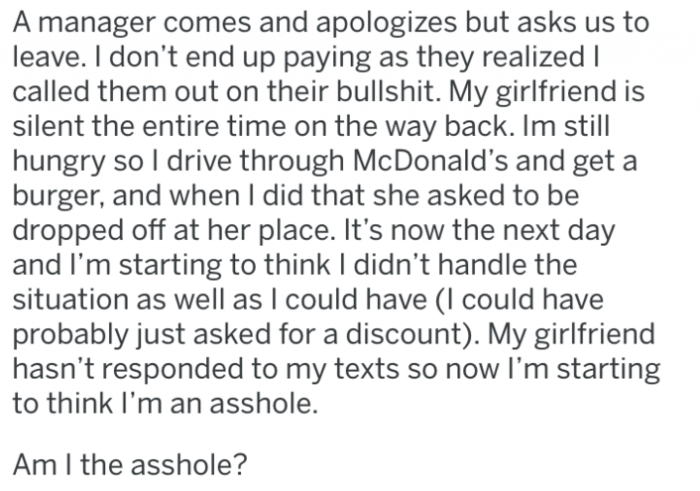 And as expected, Reddit users were quick to call out his cheap behaviour

Some of them even suggested he did it deliberately 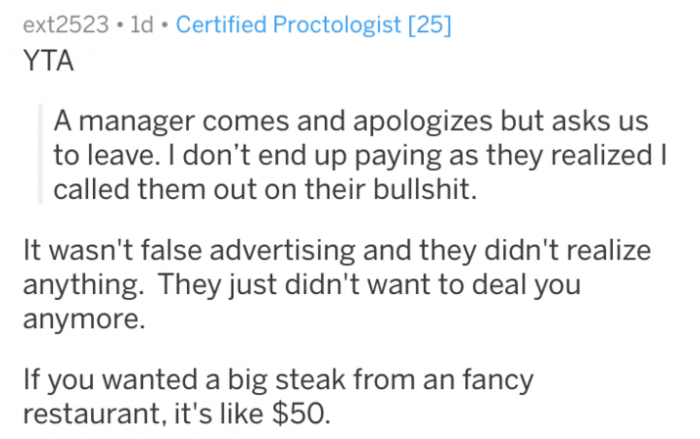 If his intentions were genuine, he shouldn’t have eaten the meal

People also defended the concerned restaurant, as most restaurants restrict their portion size to maintain quality 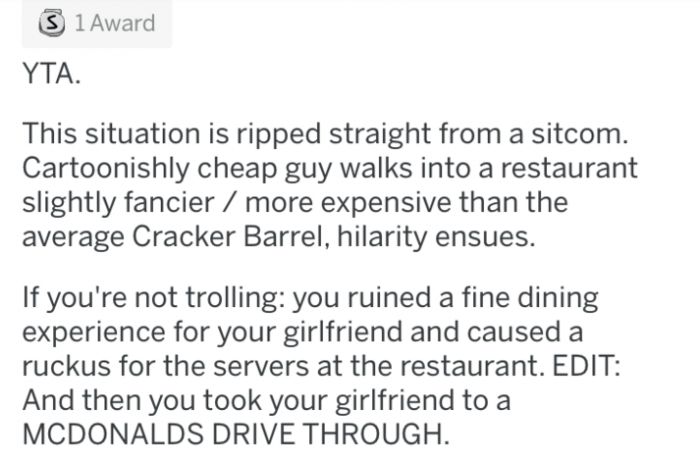 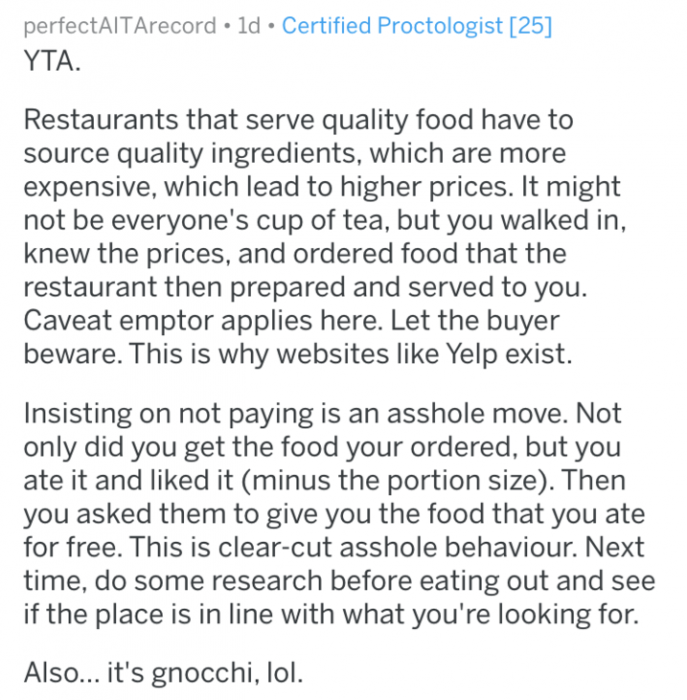 The Cringing Confusions People Have When They Date Someone With The...