Sarcasm.co
Home Crazy 12 Ridiculously Dangerous Stunts In Famous Movies Which Were Done Without CGI.
Movie makers go through a lot of troubles to make sure that we get the best movie experience. The breathtaking stunts that we see in action movies are sometimes so ridiculously dangerous that even the camera crew refuses to shoot them. Here are twelve such extremely dangerous scenes which were done without any CGI.
Also Read : These 13 Actors With Their Stunts Double Will Shatter The Illusion For You
1. Mad Max: Fury Road. 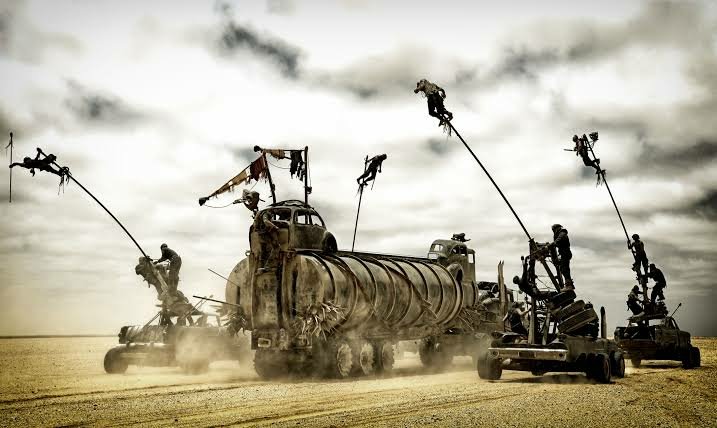 via
Remember the scene from Mad Max: Fury Road in which the road warriors were swinging from one car to the next using poles? Yeah that awesome scene was ridiculously dangerous too! George Miller wanted to use CGI for the scene but the stunt directors convinced him that the stuntsmen would be able to handle it. They trained 2 hard months with a Cirque de Sowell performer before finally shooting that awesome scene.
2. The Texas Chainsaw Massacre. 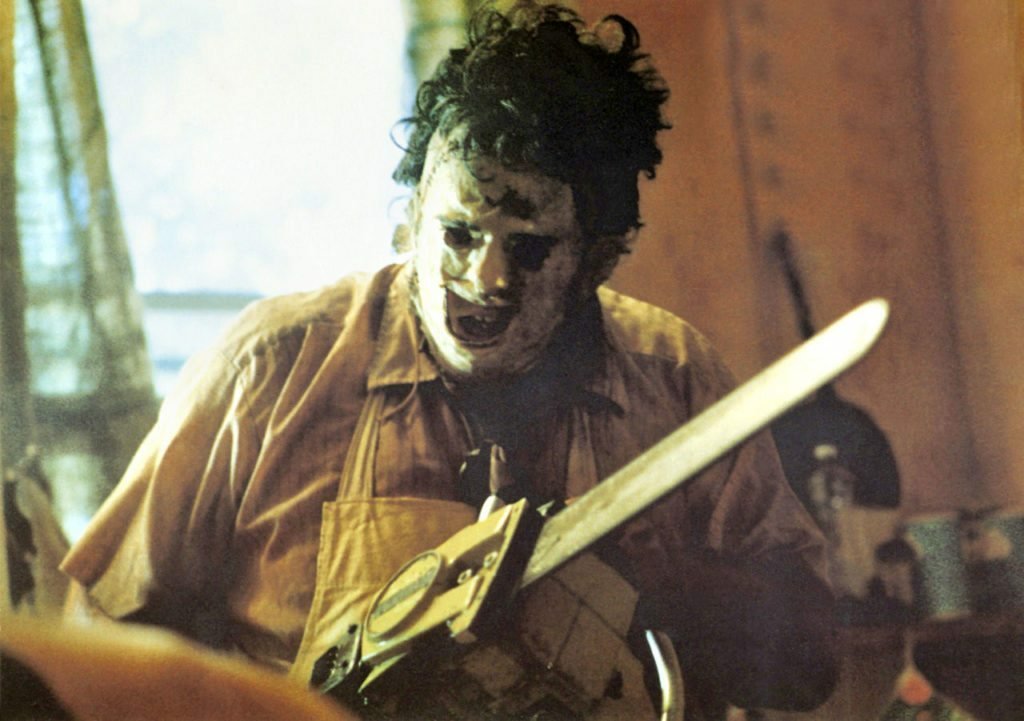 via
Remember Leatherface and his chainsaw? Yeah that chainsaw was actually real. Gunnar Hansen even ended up almost decapitating himself with it when he tripped during a chase scene.
3. Lost. 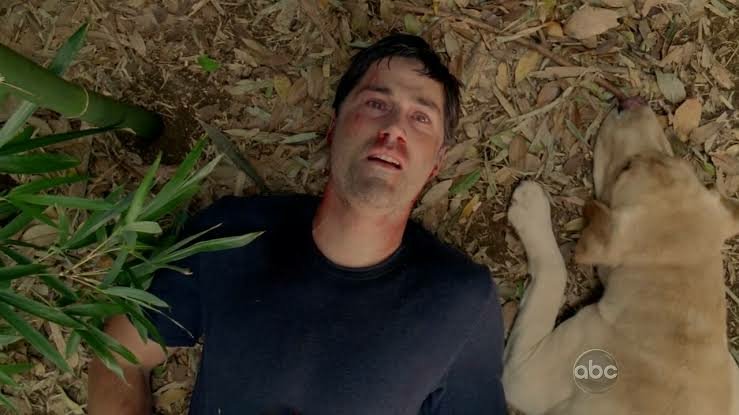 via
The last episode of Lost contained some ridiculously dangerous stunts. One scene depicted Terry O’Quinn stabbing Matthew Fox with a knife. The prop used in the scene was supposed to be a collapsible one but Terry grabbed a real knife by mistake. Fortunately for Fox he made it out unscathed as he was wearing a Kevlar vest.
4. Speed. 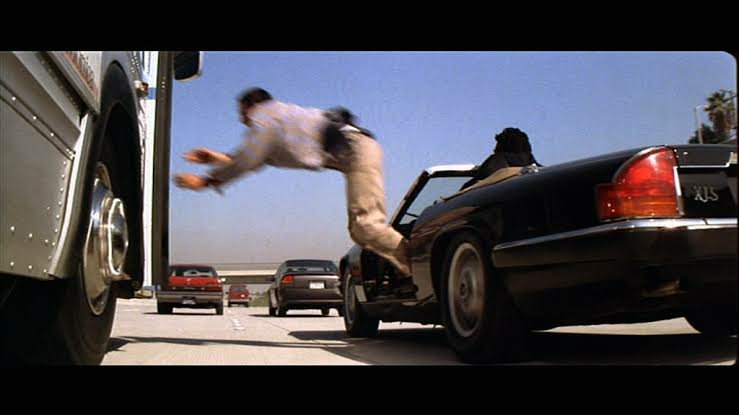 via
Speed was basically an anxiety simulator and you would have been more tensed if you’d known that scene which showed Keanu jumping from a moving car onto the bus was completely real and was done by Keanu himself. He was told not to but he secretly rehearsed for it and did it anyway. Do you need any more reasons to love this guy?
5. Catwoman. 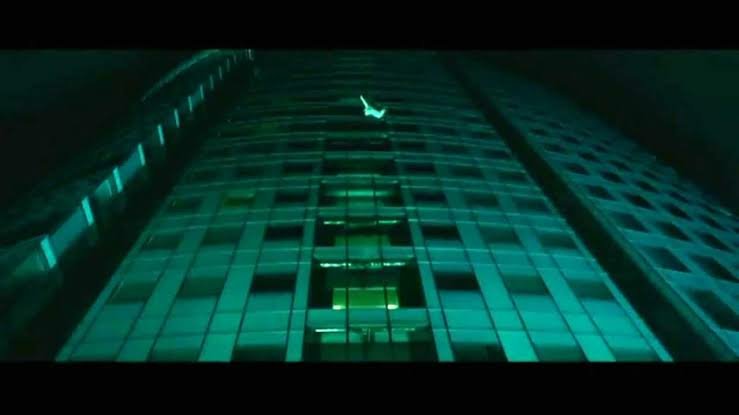 via
Catwoman might have been a disappointment but it did have one ridiculously dangerous stunt which involved a 220 foot fall. Stuntwoman Zoe Bell performed this huge stunt using just a harness while falling from a 26 story building.
6. Terminator: Judgement Day. 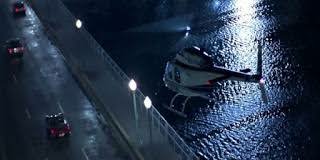 via
Terminator had tons of life threatening stunts that were performed by fearless individuals. One such scene was the helicopter under under the freeway overpass. This particular scene was so scary that the camera crew refused to film it which forced James Cameron to do it himself.
7. Crank. 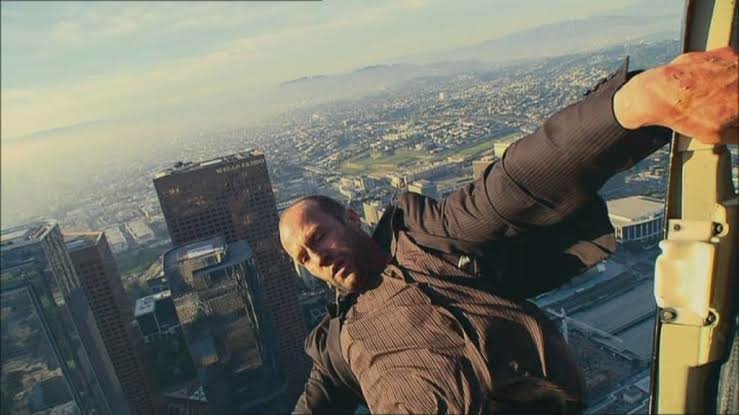 via
Jason Statham is without a doubt the most badass action hero of all time. He further cemented this image by doing a ridiculously dangerous stunt for his equally ridiculous movie Crank. He was literally suspended from a helicopter’s side more than 2000 ft in the air. Jason decided to take this risk because he thought CGI would make the scene look fake. Of course, the subsequent scene of him falling down to earth was completely CGI. Can’t do that for real you know.
8. The Thing.

via
The stunt double of the character Juliette in the movie The Thing shot a scene in which her character was supposed to be burnt to death by a flame thrower. She let herself be sprayed by the flame thrower for 6 seconds for this particular scene. That’s what’s called a ridiculously dangerous stunts right there folks!
9. Golden Eye. 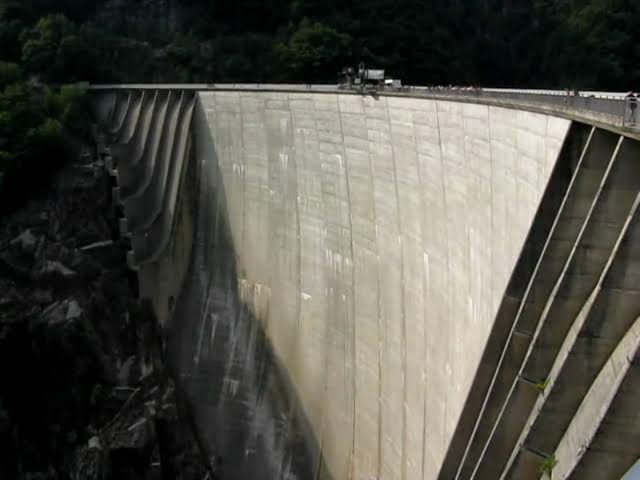 via
Golden Eye had a famous scene which showed the protagonist bungee jumping off a dam which was performed by the brave stuntman Wayne Michael’s. He passed out mid way during the jump but still managed to complete the stunt in one take.
10. Mission Impossible : Rouge Nation. 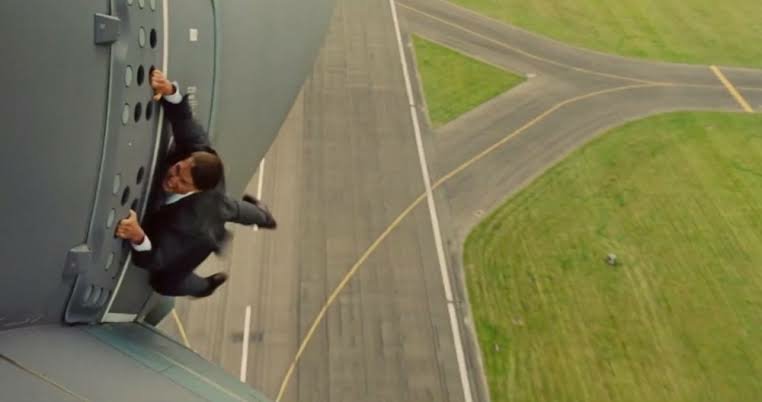 via
What if I told you that in this scene, Tom Cruise was actually hanging on for dear life from the side of a plane which was just about to take off and there was no CGI used? On top of all that they reshot the scene 8 times before they finally got it right.
11. Terminator : Judgement Day. 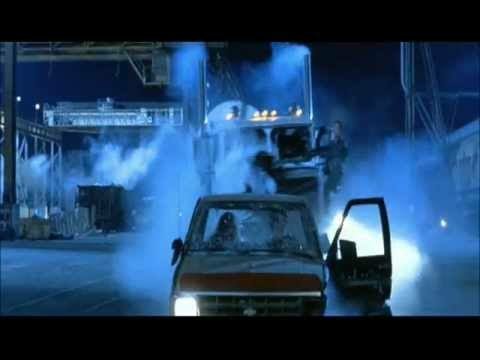 via
Yep, this movie had so many ridiculously dangerous stunts that it managed to land twice on this list. The high tension truck transfer scene from the movie was actually done at 60 mph with no safety wires. The whole crew must have been on pins and needles during its shooting.
12. The Matrix Reloaded.

via
The two trucks colliding with each other were shot separately. Both the trucks were ran towards a camera at high speed and the camera was pulled away at the last second.

12 Pictures That Will First Ruin & Then Make Your Day