Sarcasm.co
Home Entertainment The Story Of Karma Justifyingly Came Real For These 12 People.

What goes around comes around! That’s the catchphrase of Karma. When you see these pictures, you would really feel like the whole universe is rooting against these jerks. These people will never forget how the story ended and would think twice before committing anything like this. 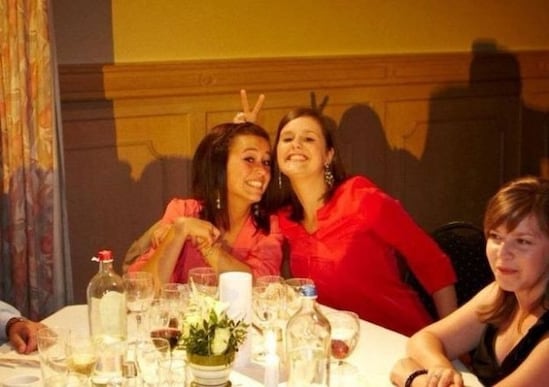 After this, you will think twice before making bunny ears on your friends’ pictures. The shadow or should I say Karma played its part really well.

2. And the person thought he is too smart. 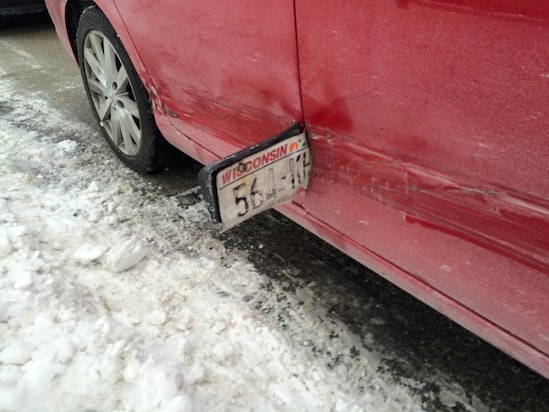 He thought he played too smart by just hitting the car and driving over. But that’s not how the story ended. Karma is never gonna let people like this get away with their deeds so easily. 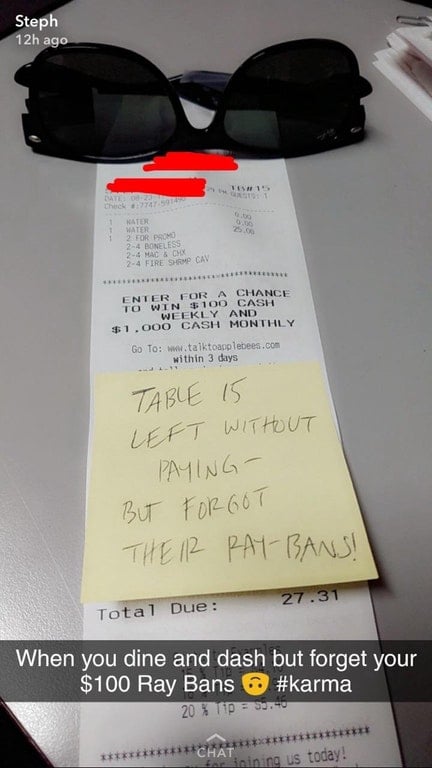 Maybe it was just one of his cheap thrills. And if not, no one can be stupider than this man. If he would have just paid $25 bill, maybe Karma wouldn’t have fu3ked him up this way.

4. Stealing from the thief. 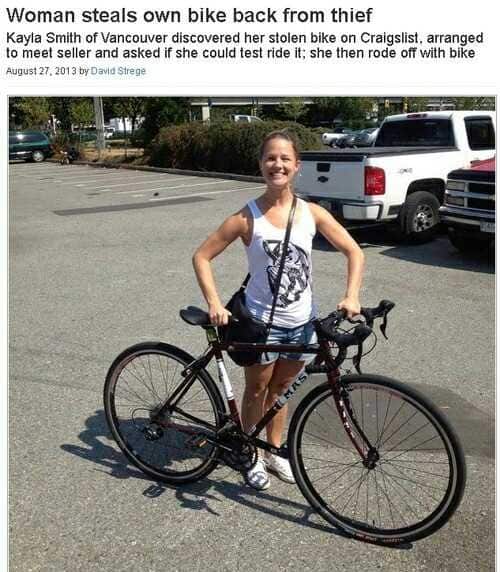 This story is quite an intriguing one. The people who stole the bicycle could never have dreamt how smart the girl could be. And that’s where their judgement went wrong. 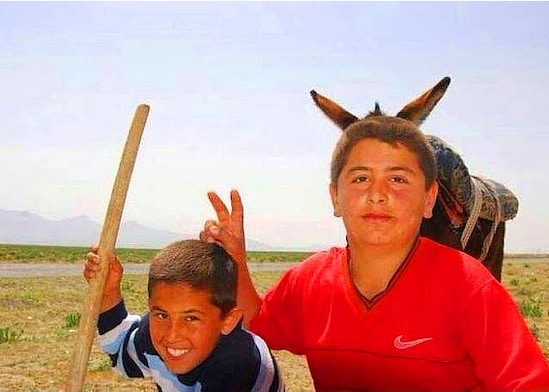 This is not Karma but the donkey who nailed it. And that’s what makes the picture more hilarious. 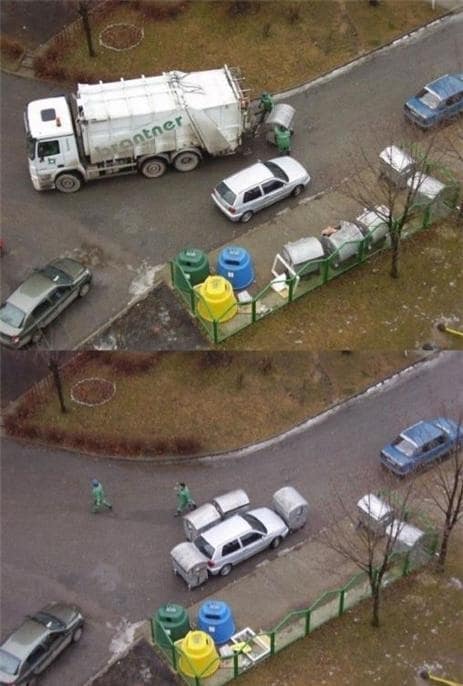 The white car tried to obstruct the garbage truck. But when the owner parked it and went away, the garbage men did the best job. Now good luck getting out of that.

7. She definitely regretted her attitude.

Karma is said to be bitch for a reason. And this is the perfect incident to prove it. The woman must have had the worst feeling of her entire life when she heard the reply. 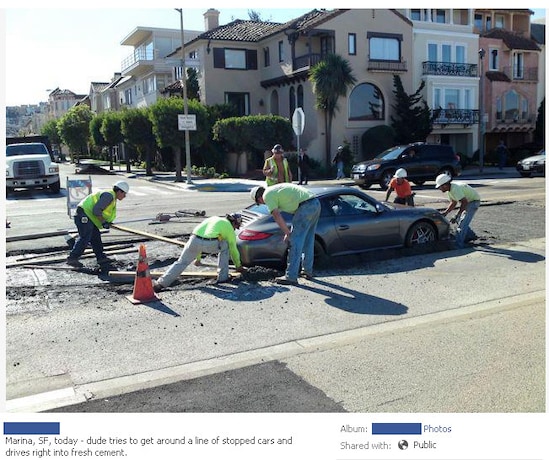 If you think nobody’s looking, remember Karma has a very important role to play in every story. And it makes sure everyone gets their share. 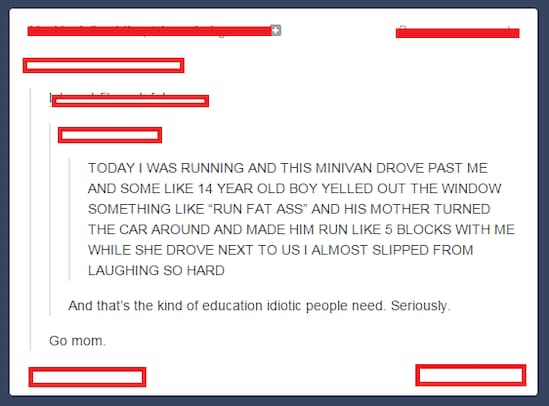 No that’s how you teach a lesson when your child goes out of control. It is never right to make fun or body shaming somebody. And this mom made him understand accurately.

10. The meal was definitely not on the house. 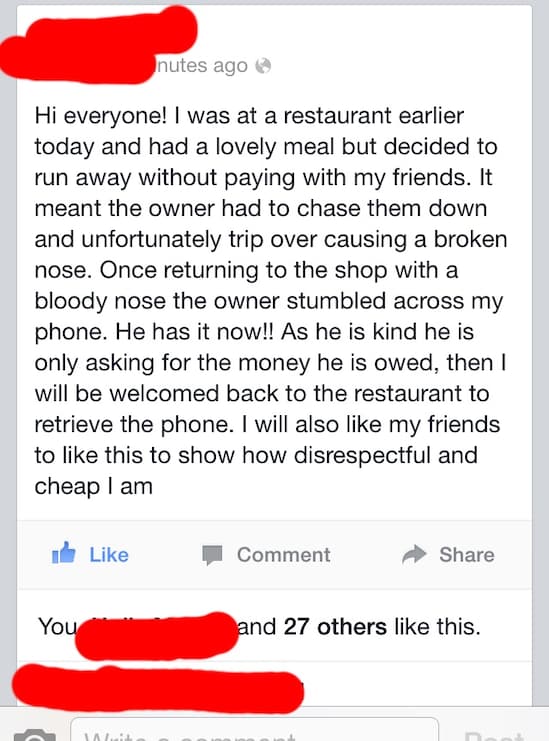 Now you must be wondering how stupid the man could be to do something like this and then post it on social media. Well for your information this is not the guy who did the deed, it’s the manager who posted this to make the guy realise his mistake and also to shame him in front of everyone. 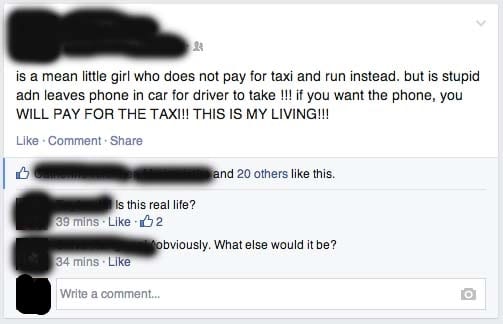 It is disheartening to hear something like this. The youngsters of today’s generation must understand that it’s not “smart” or “cool” to not reward someone for their hard work. 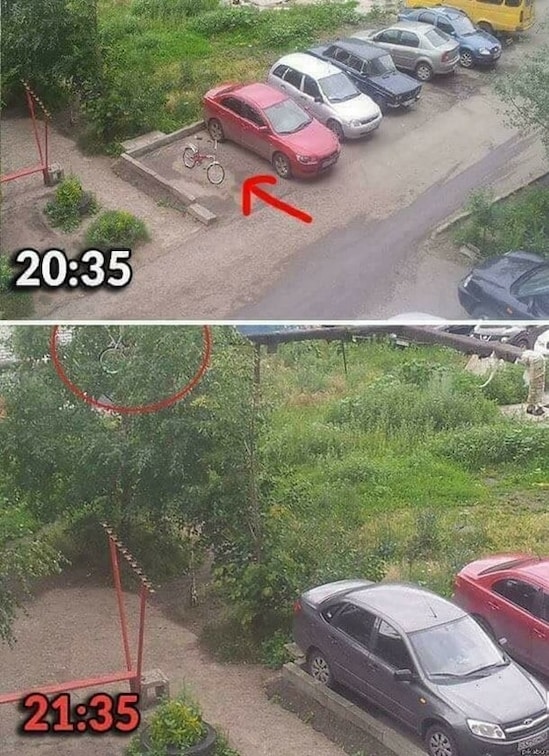 This is quite a story to tell people. When you don’t go by the rules, you pay for it really hard. But what struck me was who would have gone through all that effort just to teach the bicycle guy a lesson. Some people just have plenty of time.

You Can’t Miss These Grown-Up 90’s Stars From Being Super Cute...