Sarcasm.co
Home Animals This Loyal Dog Is Proving He Is A Man’s Best Friend! 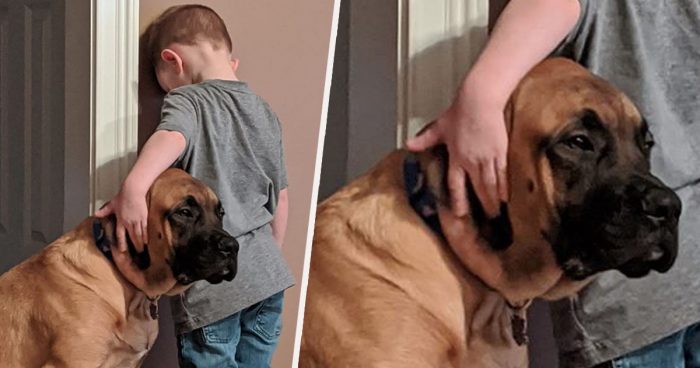 2. Peyton and his beloved doggo was sent to ‘TimeOut’

Peyton got into a fight with his three-year-old sister. Soon after the toddler was sent to ‘time-out’ by his mother, Jillian Marie Smith. Jillian says she gave her son two choices: go to your room, or have a time out. 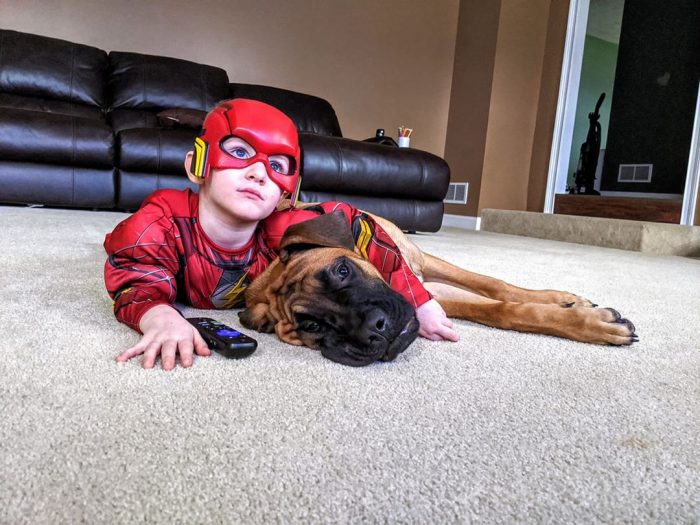 3. As opposed to go to his room, Peyton choose to walk over to his time-out spot!

He put his head against the wall to take his discipline. Peyton wasn’t disregarded to serve his time for a really long time. Soon after his four-legged closest companion Dash, an English mastiff, chose to go along with him in solidarity. Regardless of Peyton’s naughty behaviour, Jillian really wanted to catch the endearing minute on camera. 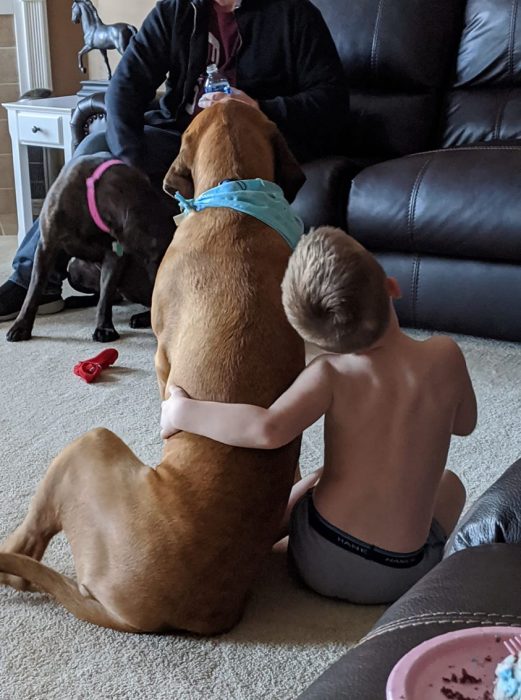 “When you’re in time-out but your best pal won’t let you serve your time alone. I think this is what you call friendship goals.” The photo accumulated more than 43,000 shares, at the time of the writing. With Jillian confessing, “I couldn’t stay mad at my child for long.” 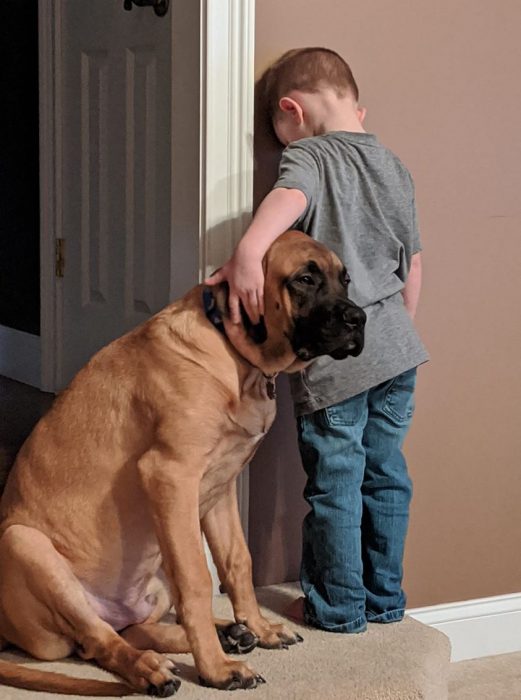 She told The Dodo…

“I couldn’t be mad long because it was just so cute how Peyton wrapped his arm around Dash. When Peyton had to go to time-out, I think Dash knew he needed his buddy. Dash’s simple act of kindness is just one example of the impact he’s had on the family. Dash has made life happier for our whole family. Most of all, for Peyton. If you ask Peyton, Dash is his buddy.”

These Are The World’s Smartest Dog Breeds

The Enchanting Beauty Of These Albino Animals Will Take Your Breath...