Game Of Thrones is a hell of a show which is pretty dark and we all know that. The show can kill any important character whenever it likes. It’s well known now as well that the show has ended with fans having mixed reactions about the last season. The thing that matters is that now the epic show isn’t gonna have any new characters or their unexpected deaths. ‘A Song of Ice and Fire’ by George R. R. Martin is the book the show was based on and the book itself has some very dark illustrations of the characters. But, some artists decided to illustrate the characters, not as they are but as Disney characters. The characters will be the same but with cuter looks and definitely a Disney touch of happiness.

Below are some of these Game of Thrones characters redrawn as Disney cartoons: 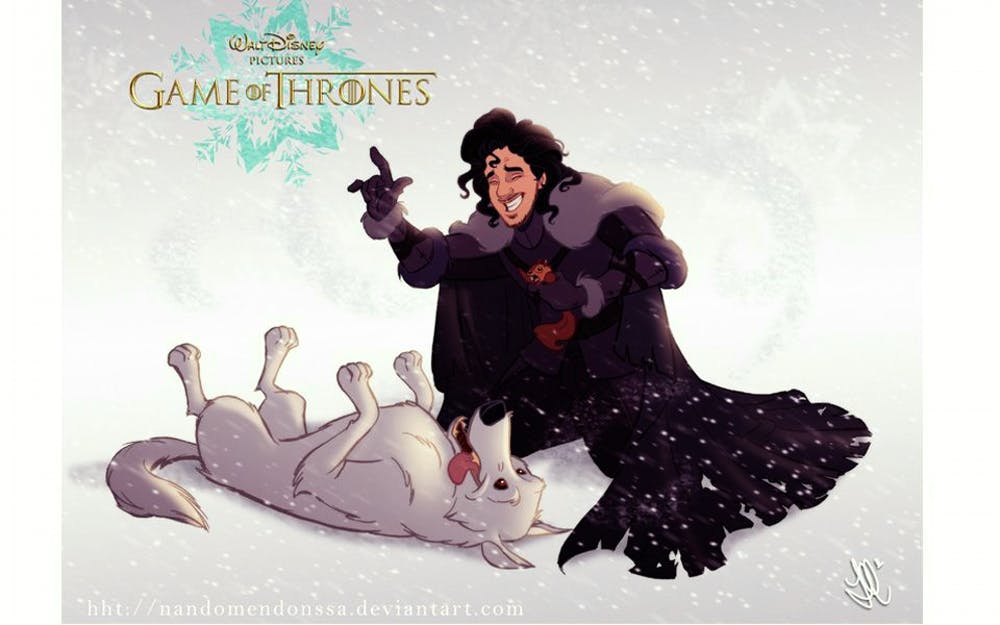 Jon and Ghost had a rough life from the beginning and the final episodes when ghost lost his ear wasn’t a pleasant experience for many people. This illustration just takes it all away. 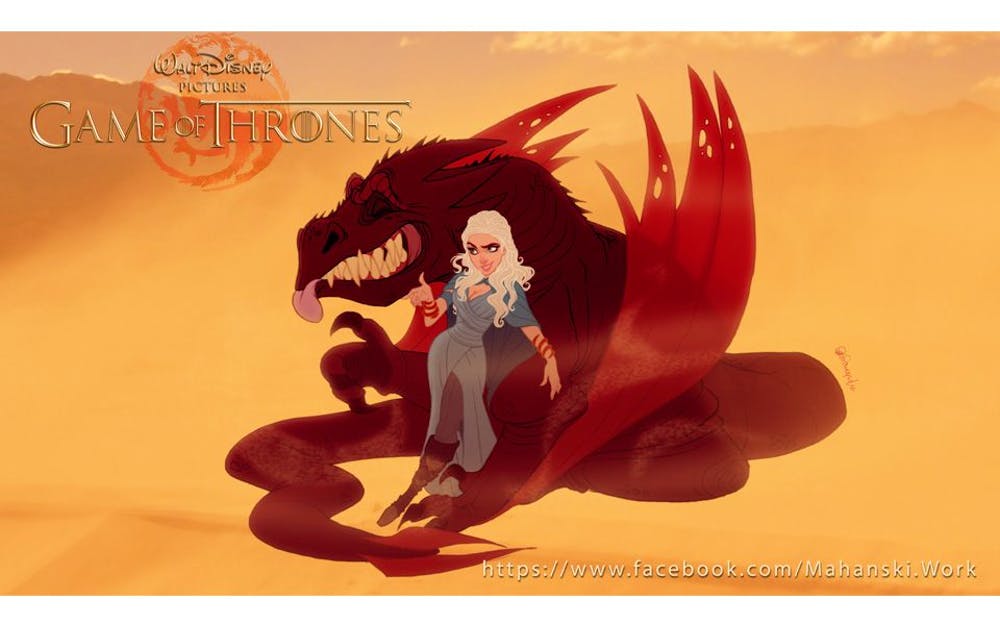 Disney could actually do a ‘How To Train Your Dragon’ kinda movie with this character of not so scary dragon and his mother. 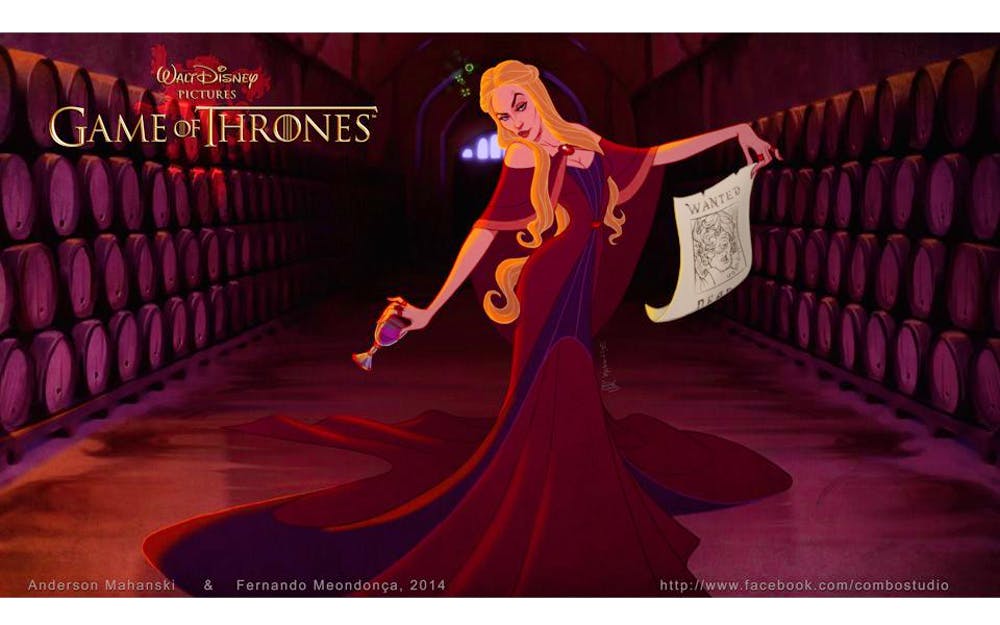 Cersei manages to be the evil queen in the cartoon who’ll sing songs and make evil plans to hurt her enemies only difference being she won’t be sleeping with his brother for sure.

4. The Hound And Arya Stark. 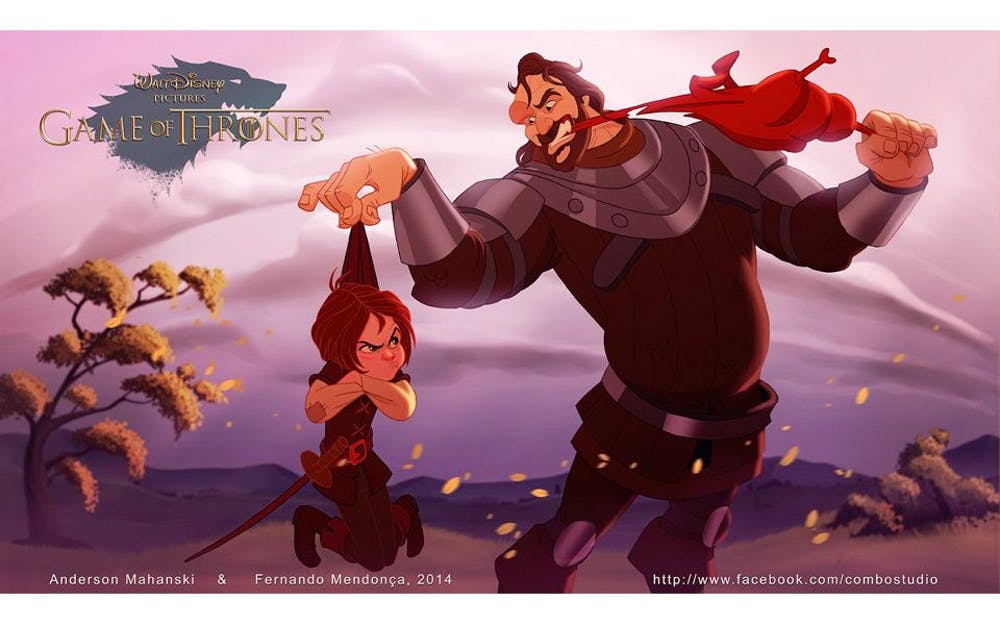 Both of them had this cute relationship in the show which was more like ‘I can’t kill you as you’re the only one with me’ relationship but still adorable if you see the depths and this cosplay just shows it.

5. Varys and his Little Birds. 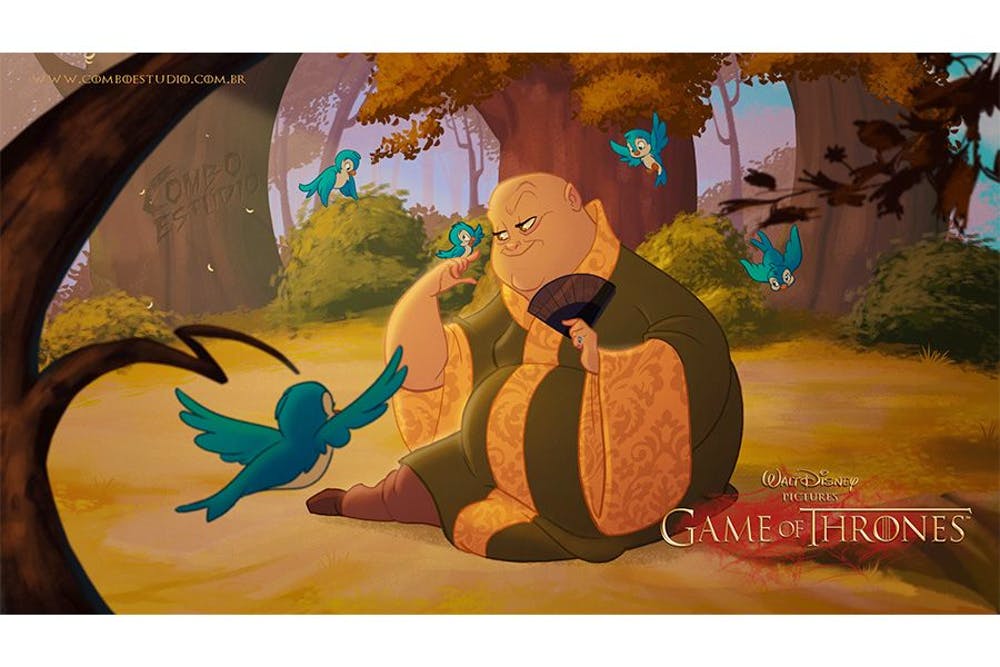 He would work as snow white as that’s the closest Disney would get to using spies.

6. The Mountain and Oberyn Martell battle. 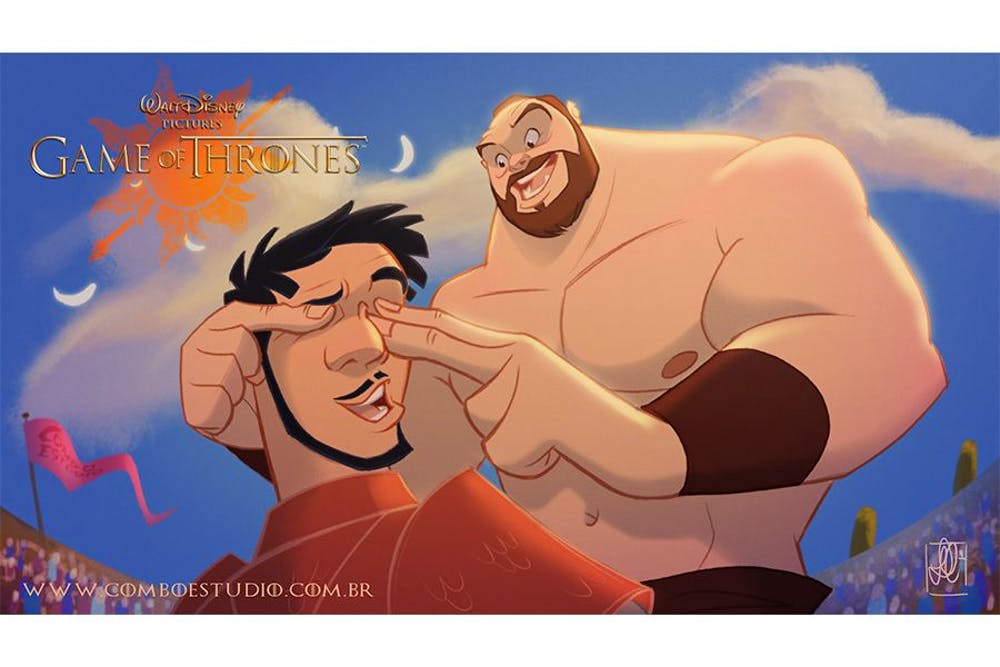 One of the darkest battle scenes of the show which had a shocking turn of events would look so PG13 in the Disney version that we might even see Martell defeating the mountain.

7. Melisandre and God of Light. 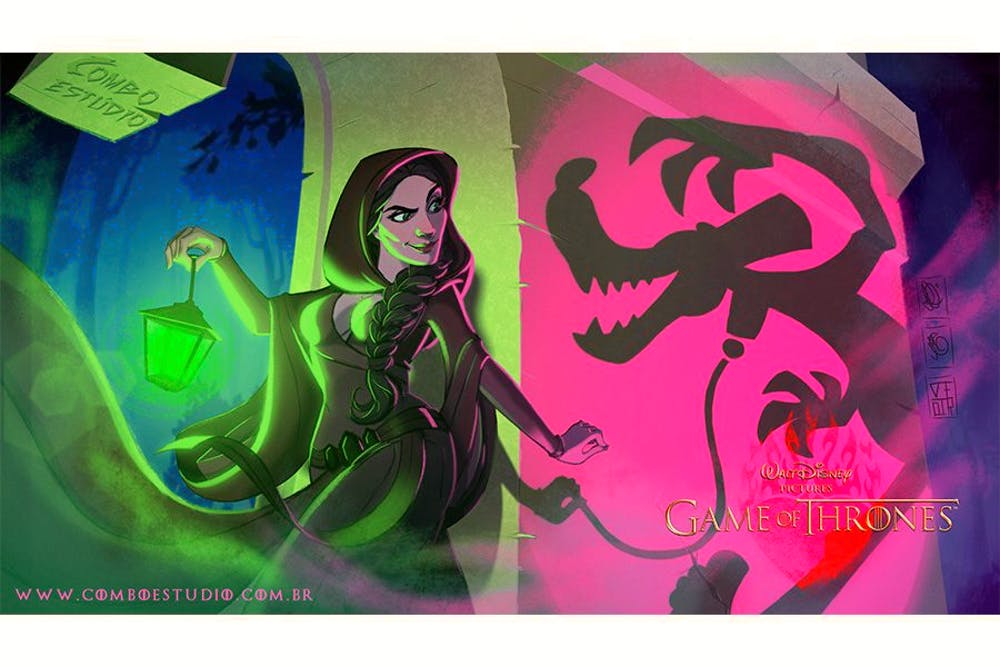 She will definitely make a spooky frenemy in the Disney version. 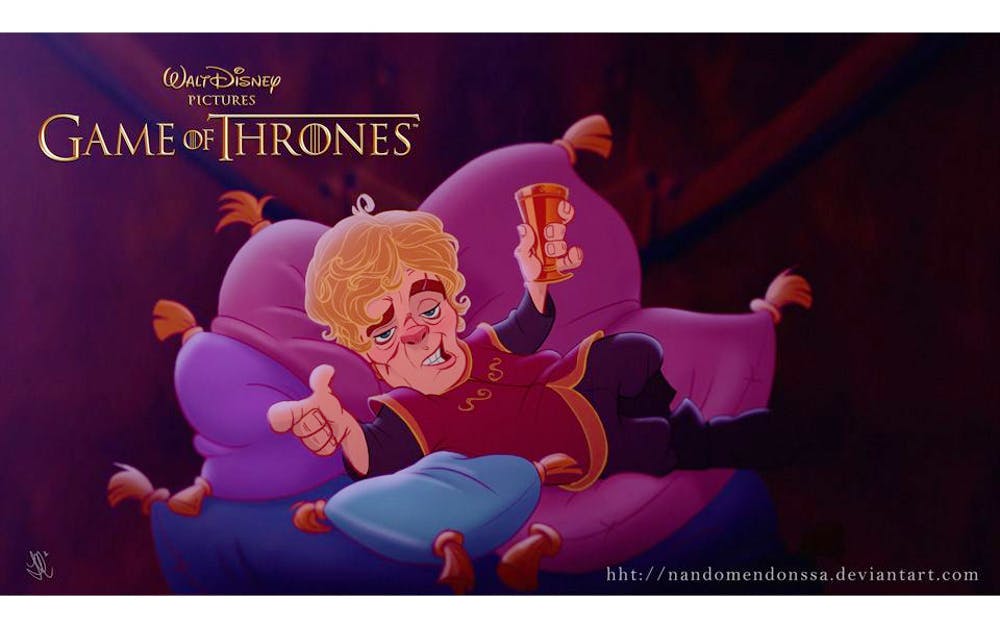 As witty as Rumpelstiltskin from Shrek and a dwarf, he definitely fits the character and could be portrayed like that. 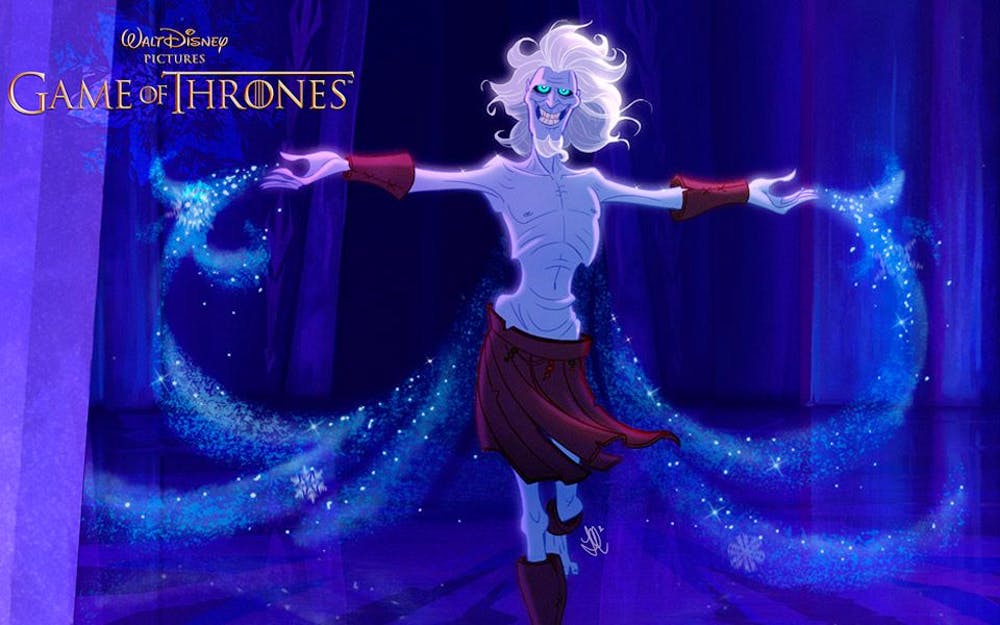 Frozen 2 is coming this year and who knows we might even see The Night King doing this with his snow powers like Elsa. 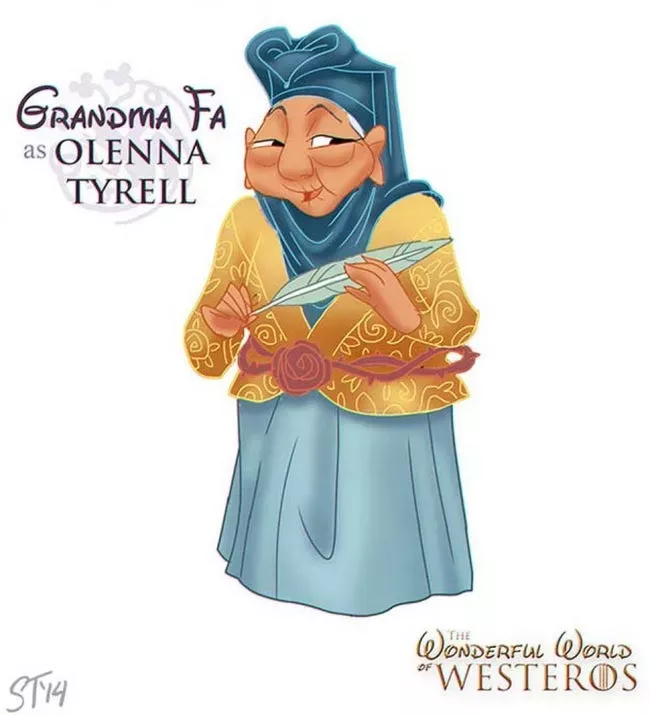 She could just invite Margery and her brother and make them lots of food and no one has to die protecting their family. 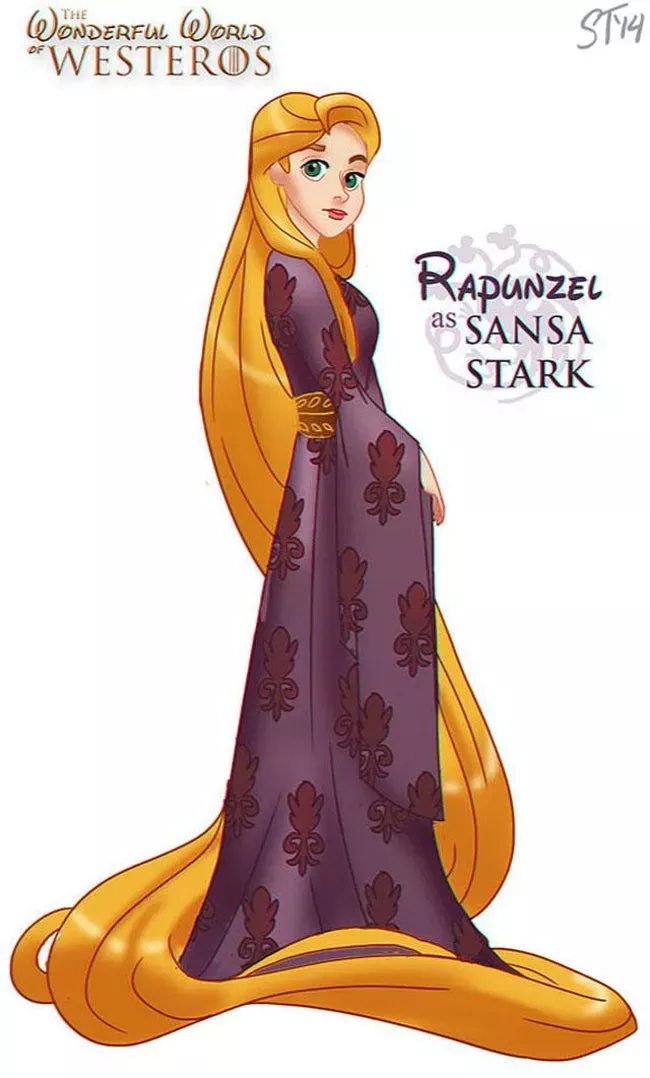 The first two seasons, Sansa Stark with long hairs could definitely be compared to Rapunzel as she wanted someone to take her away from the castle. As her character developed she became badass and in the end “The Queen in The North”.

Are You Still Using These 10 Common Emojis The Wrong Way?