A girl started this thread where she asked the internet users to share what is the weirdest thing their ex-lovers have done. She did not think her post would go viral and she will get so many responses.

One of the lovers always tries to find a way to make amends.

2. Seriously, that was his excuse?

I think he anyway wanted to play so didn’t even go through the effort to come up with a good excuse.

3. Stay away when he is drunk

People do the weirdest things when they get to drink too much. It is better to leave them alone until the morning.

4. This is how you close the accounts

He knew where the date was headed, so he wanted to clear off the checks.

Mostly boyfriends take up a lot of effort to click pictures for their girls. You have to admit click the best photos. Now deleting all of the good pictures from Instagram is really heartbreaking.

He is sweet to be so considerate. He just had an honest reason.

7. He needs some anger management classes

I hope the ex-boyfriend did not post it online. People often tend to do that when they are holding a lot of grudges.

It is good that she broke up with him. No one should end up with such a dumbo. You should not be with a liar and even if he is honest drug dealers should be off your list.

Mum is so concerned about her little baby getting kidnapped.

10. He took things way too far 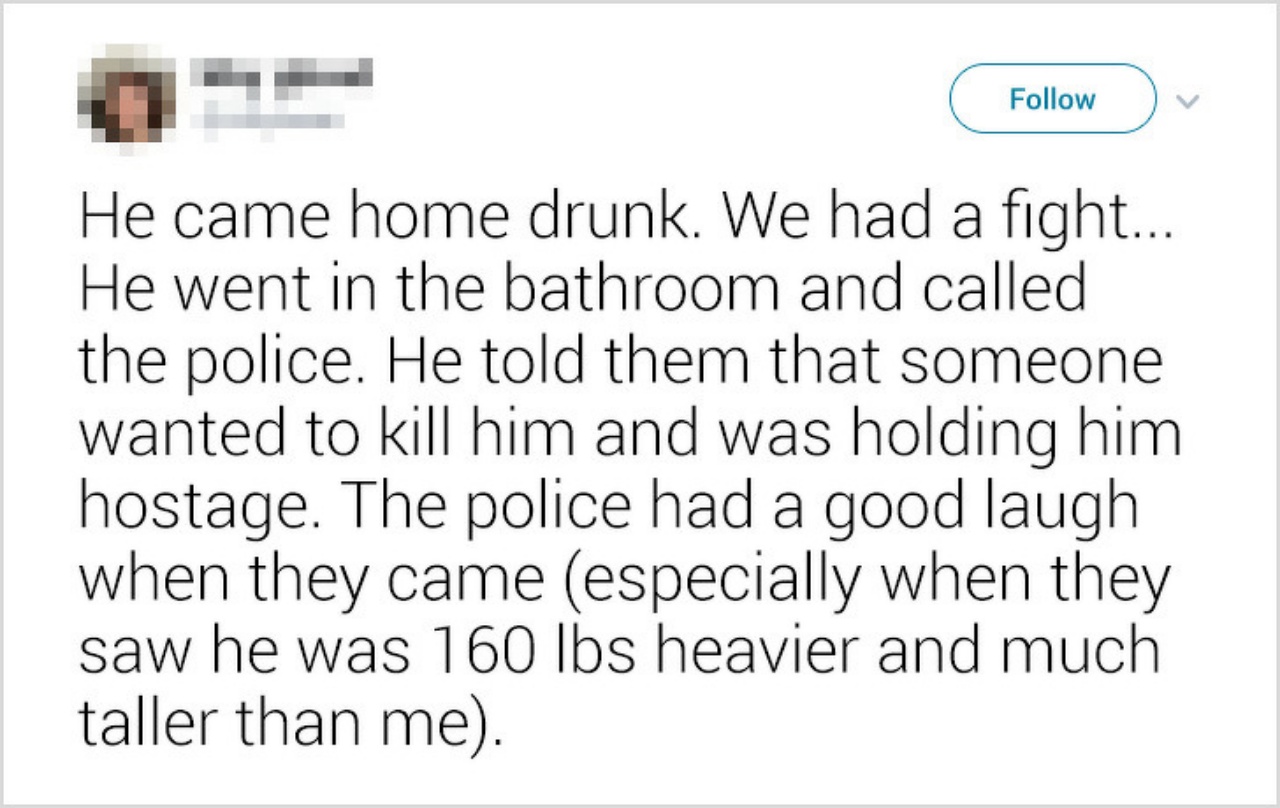 Don’t you think you should be fined for that?

11. He took his last chance

To what extents people go to get over a heartbreak.

12. That was not the only apartment he was sharing

I wish she had checked his phone earlier. She could have saved a year of humiliation.

17 Slightly Wrong Pictures That Will Definitely Annoy You