Sarcasm.co
Home Crazy Her Crush Replies After Eight Years Of Texting Him

Sally shared a screenshot of the message exchange between her and a guy she fancied!

She was completely surprised as soon as she saw his text, although it did not end well. Sally got a reply from her crush eight years after she texted him. The reply was rather an odd excuse, here’s the screen capture of the same she shared… 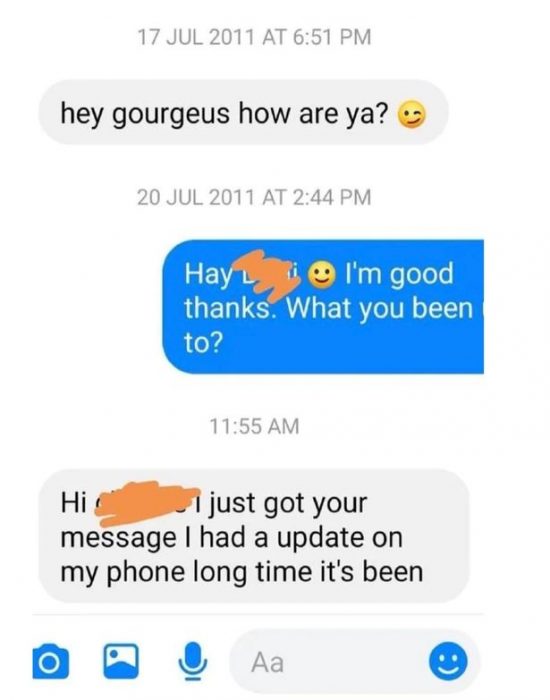 Texting someone you adore is exciting and has repercussions of its own!

It is quite nerve-wracking to wait in hope for them to respond to you. Like it’s said, patience requires a whole lot of patience in itself, but eight years? 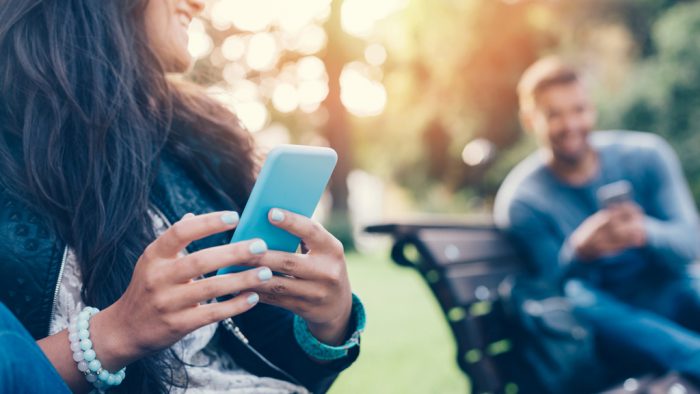 You can always end up being ghost no matter how absolutely stunning and wonderful you are. After all, sometimes in life, things are just not meant to be. This woman was left totally stunned when she received a response to the text she sent her crush eight years and seven months ago. Sally, from Australia, shared a screenshot of their chat which began with a message from July 17, 2011.

He said, “Hey gorgeous, how are ya?” with a winking emoji.

Sally played it cool and waited a few days before replying, sending her message on July 20.

She said, “Hay I’m good thanks. What you been up to? with a smiley face.” 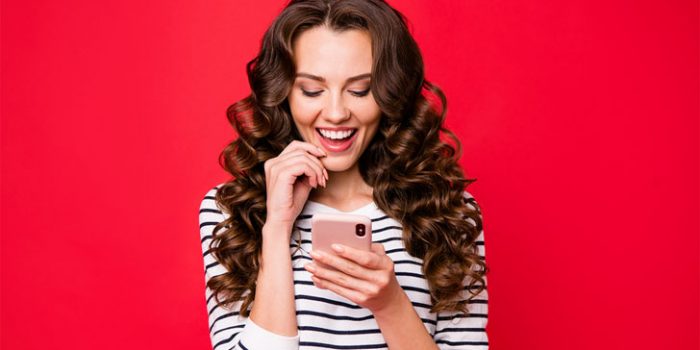 That’s where the conversation ended until recently!

The man replied to her a few days ago, saying he only just got her message as he had an update on his phone.

Sally’s post has been broadly shared via social media, with individuals taking to the comment section to scrutinize the man’s reason. While many joked about him being truly dedicated to putting on a show, others blamed him for ghosting.

People Who Deserve to Star in a Superhero Movie