In 2019, photoshop is one of the best tools of human or say the computer to be accurate. This software has helped many out there with one or the other things. Celebrities use it to perfect their public photos, models use it to edit their photos, people related with comedy do their magic with the photos and general people like us ask photoshop professionals to help us get our photos edited. Most of the times it’s a friend or someone you pay for doing the task, like your photographer or event manager or something.

People who didn’t have many important photos to edit have though asked people on the internet for help is photoshop and as to edit their photos willingly, and those who got their work done, good for you. But, for those who asked help to the wrong guy, you know what happens. There’s a guy named James Fridman who’s an expert in online trolls for people asking him to photoshop their images and he’s too good at his job that he needs appreciation.

Below are some of the Hilarious photos of people asking photoshop trolls for help:

Looks better if everyone has the same height, right? 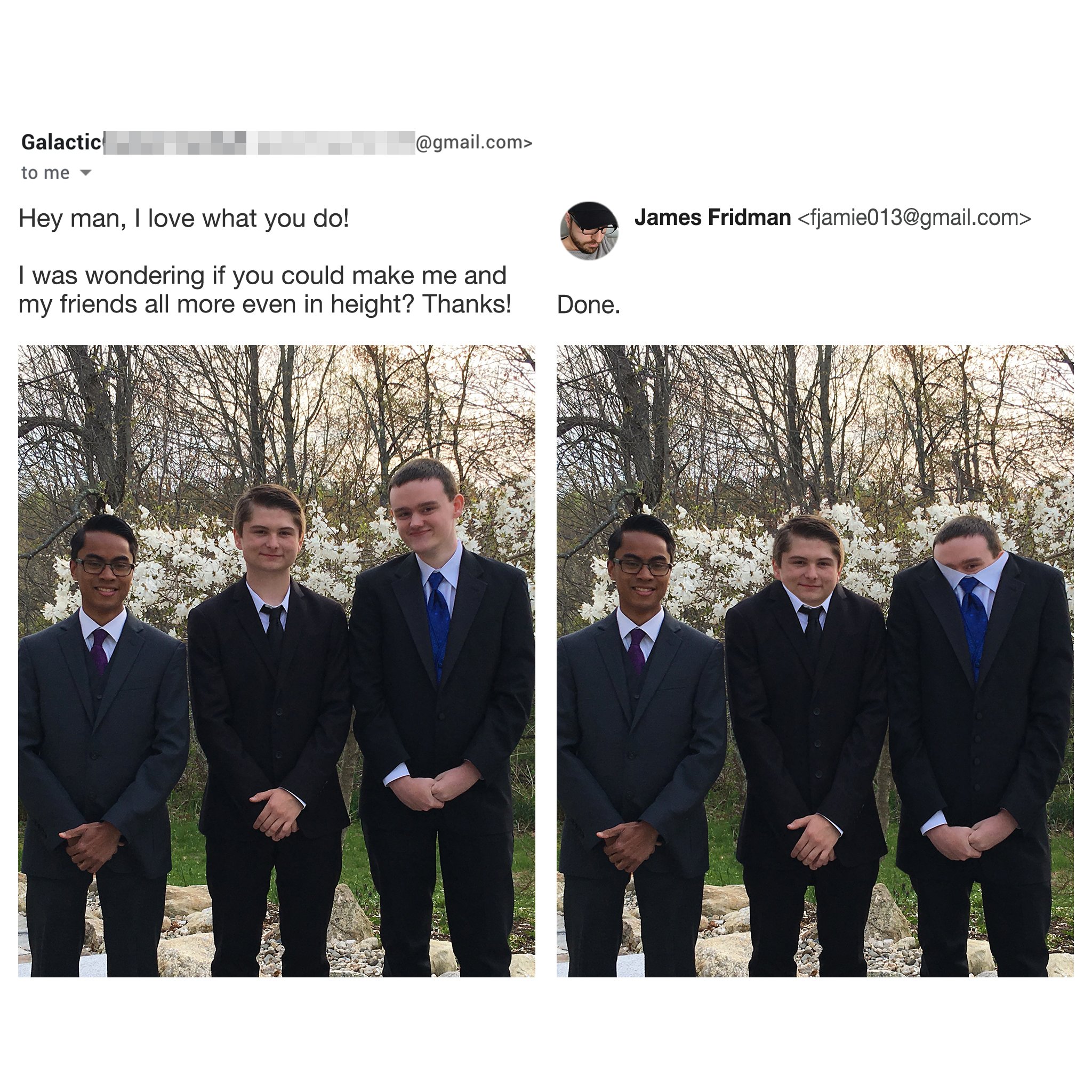 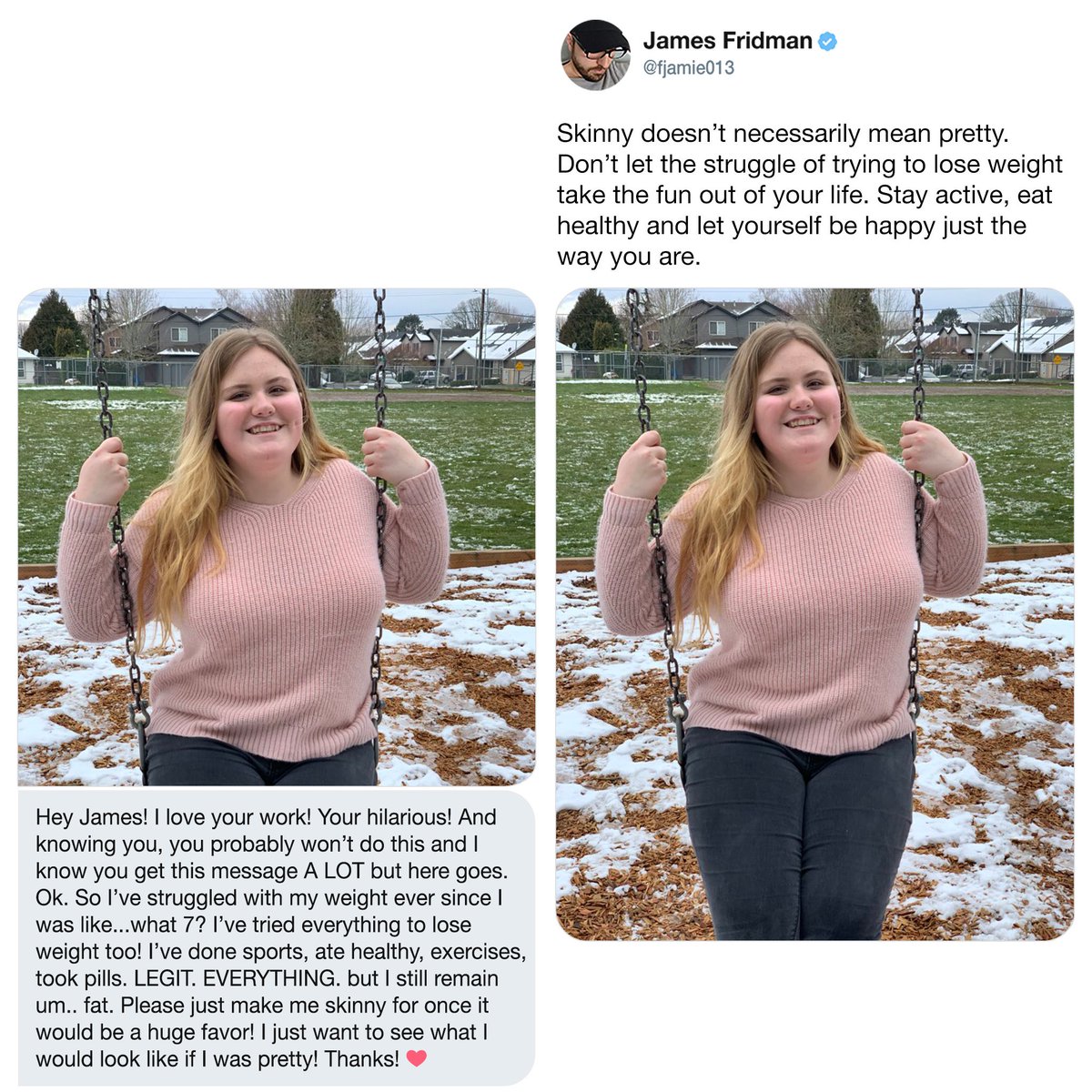 He takes requests but doesn’t do this when people ask themselves to be made into something the society wants them to be.

What’s scarier than this, right? 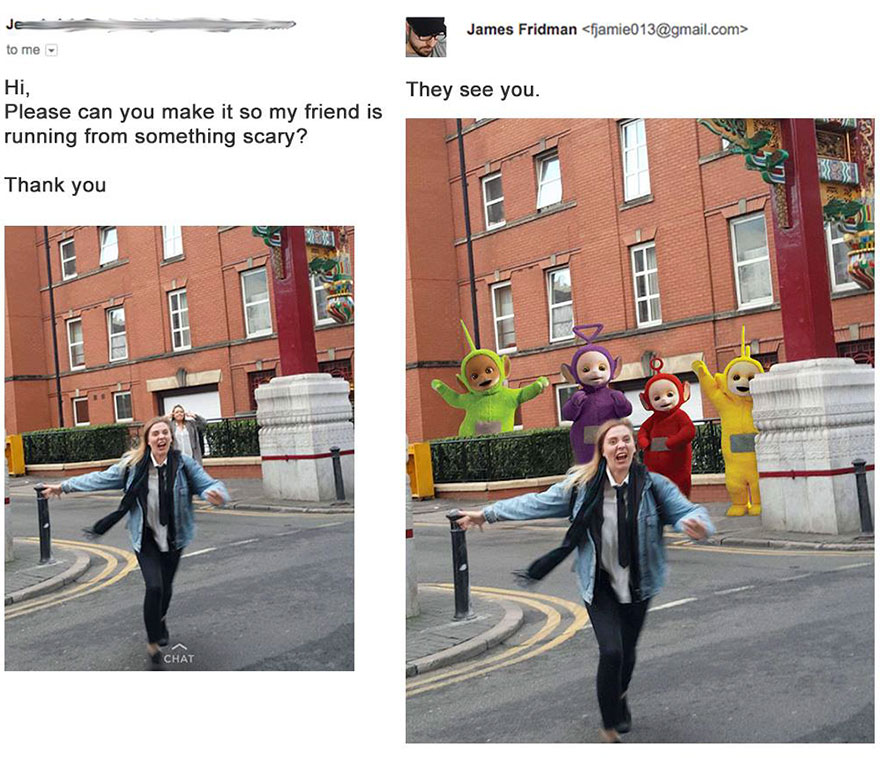 Teletubbies in real life are unimaginable! 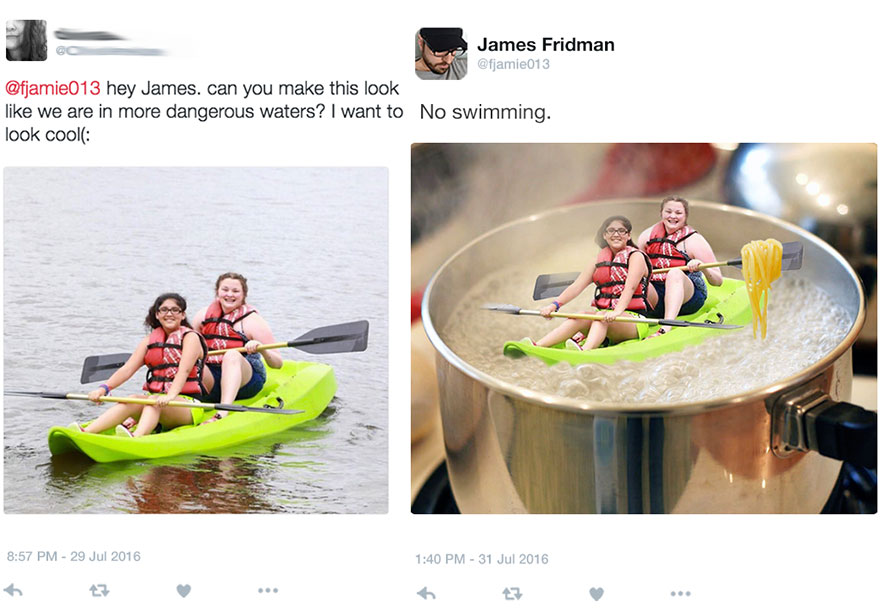 Peeing on your kids isn’t a joke. 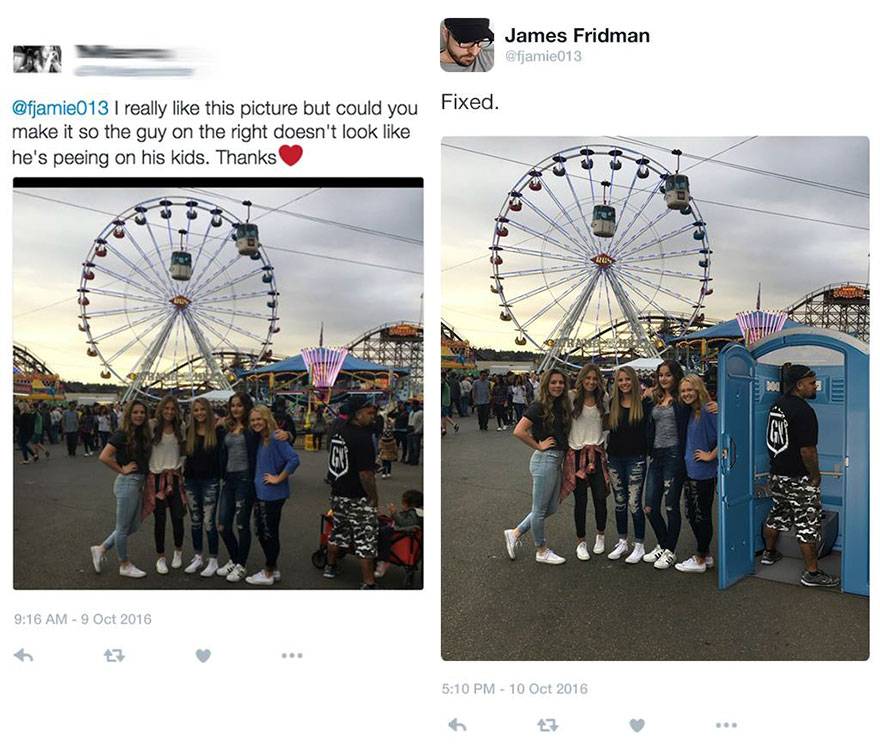 Peeing in the bathroom is fine though. 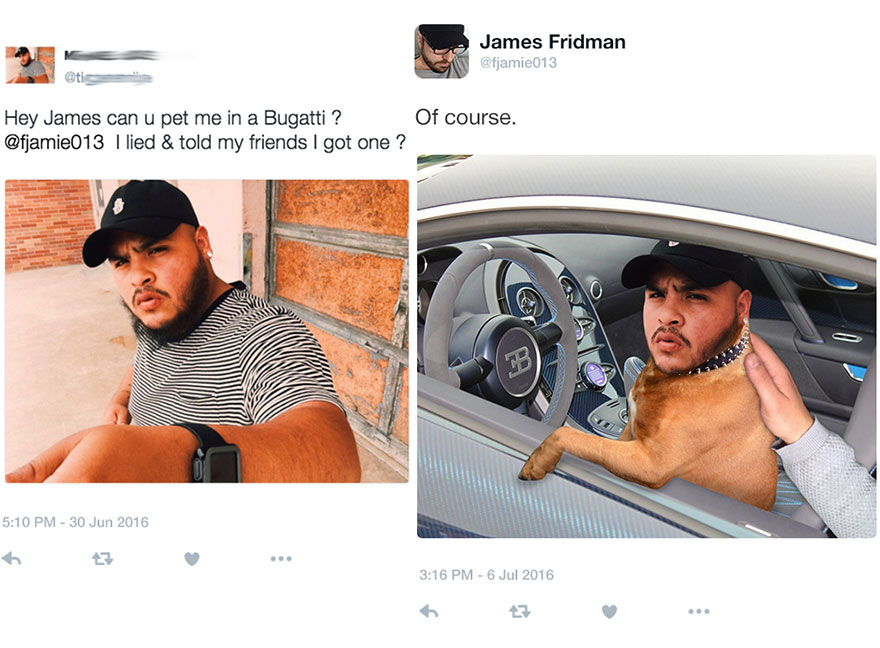 One spelling mistake and you’re a dog.

Clearly delivered a message there. 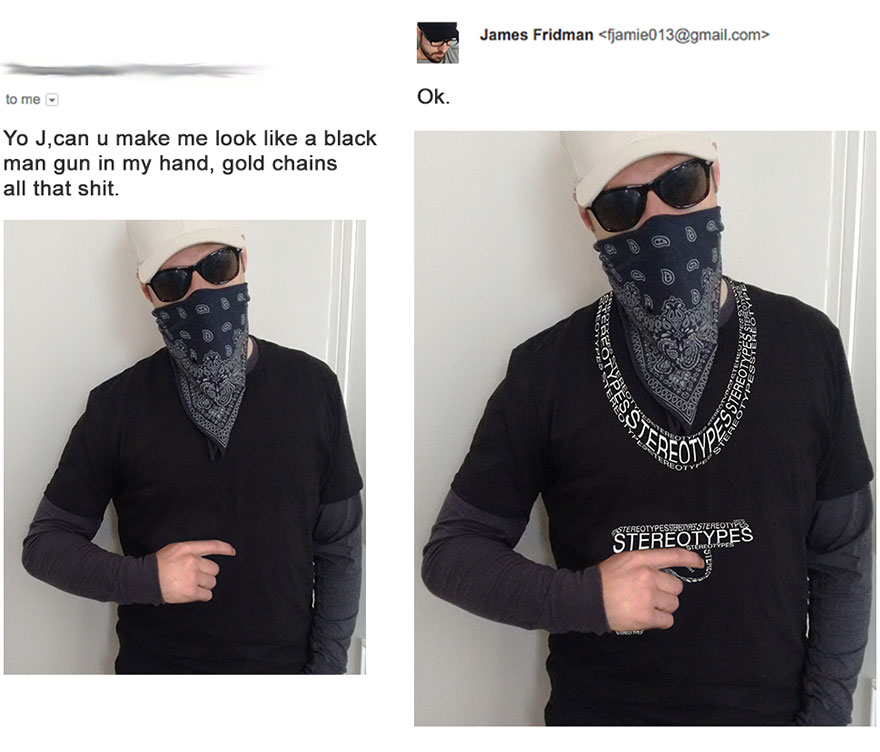 Trolls are just trolls and not mean after all.

Her leg was long enough. 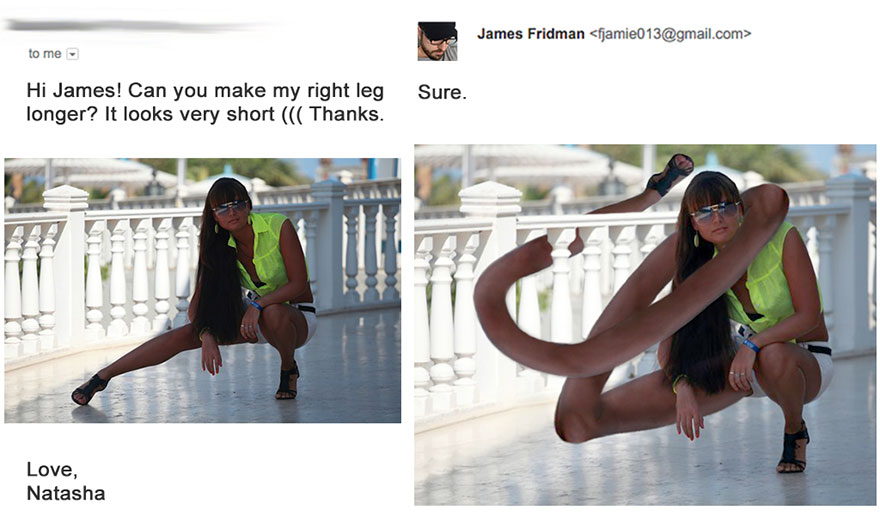 Now, imagine her walking with that leg. 😂 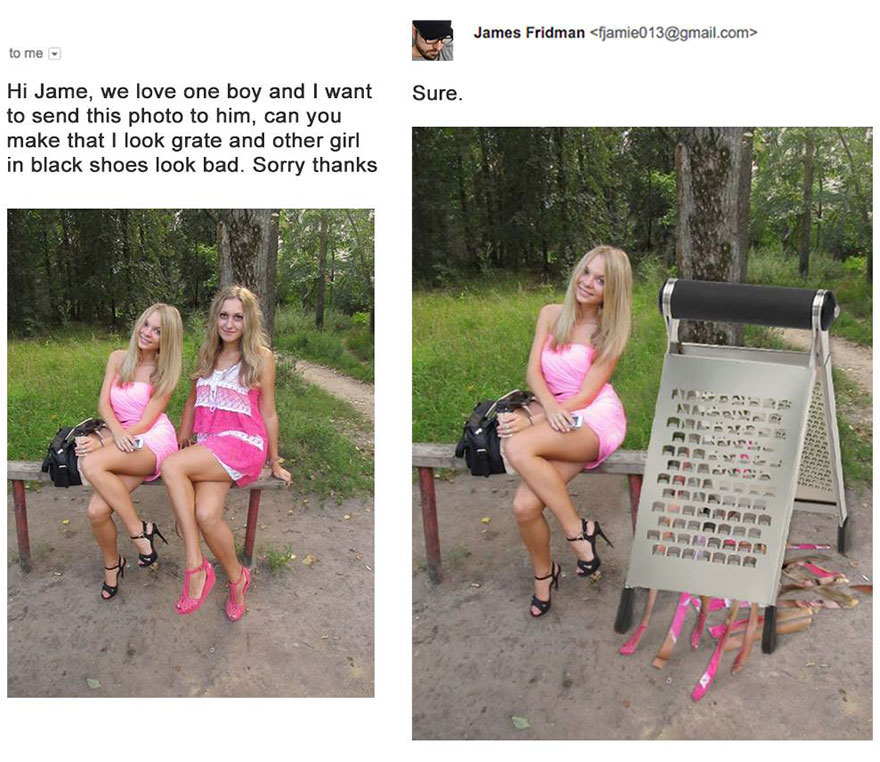 Small spelling mistakes and there you go, no photoshop troll will leave you. 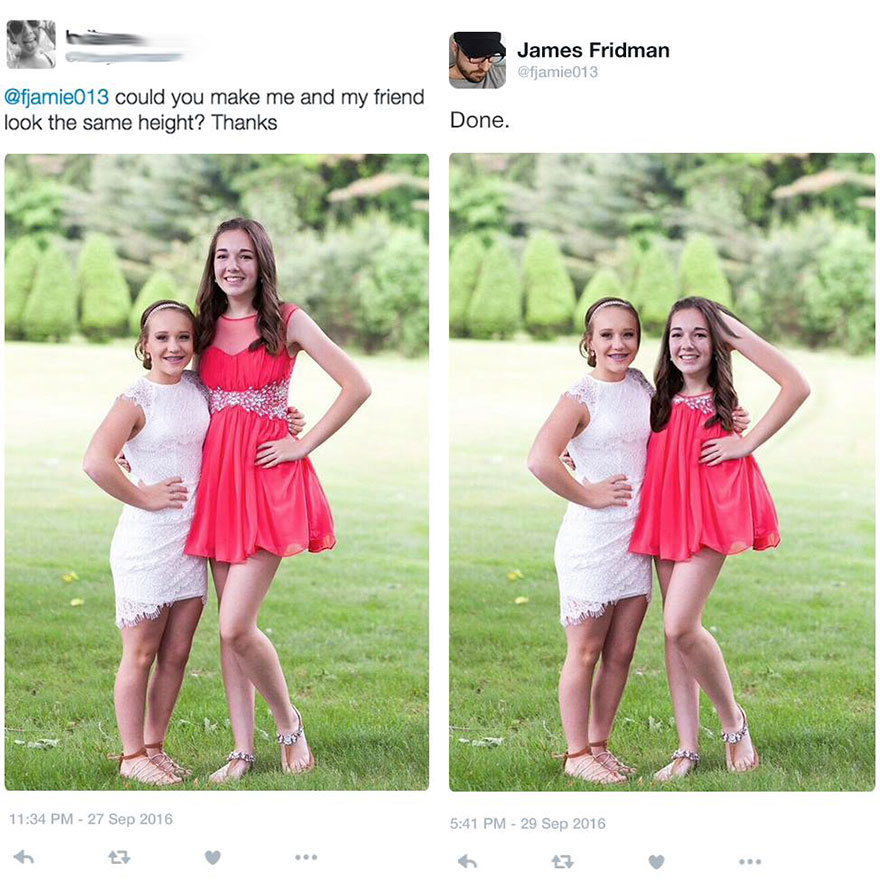 Never make the small one bigger, just do the opposite.

Yep, did it right! 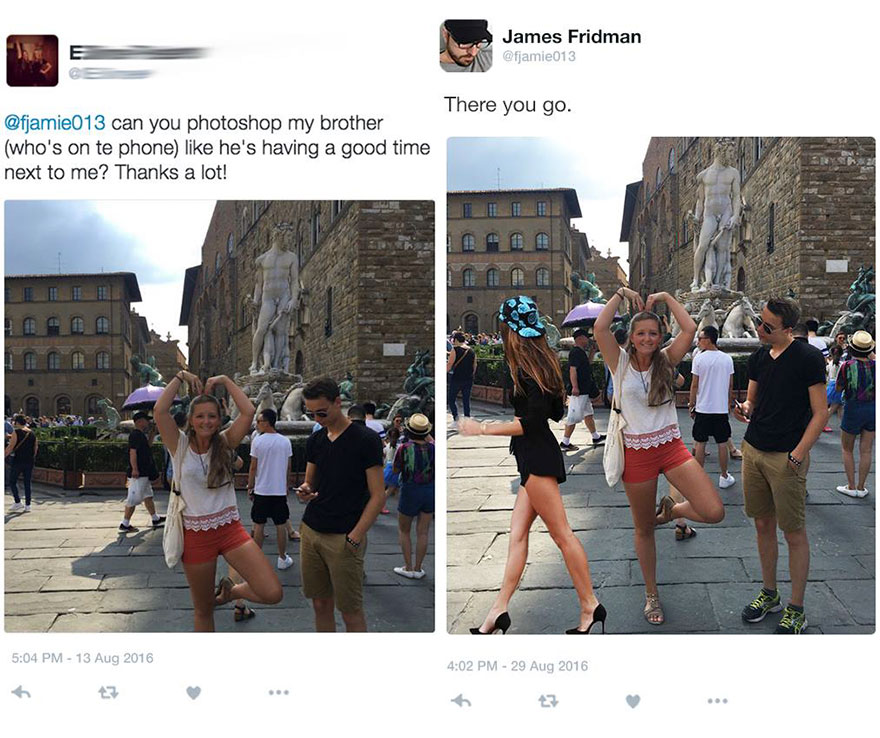 At least someone has a good time, right? 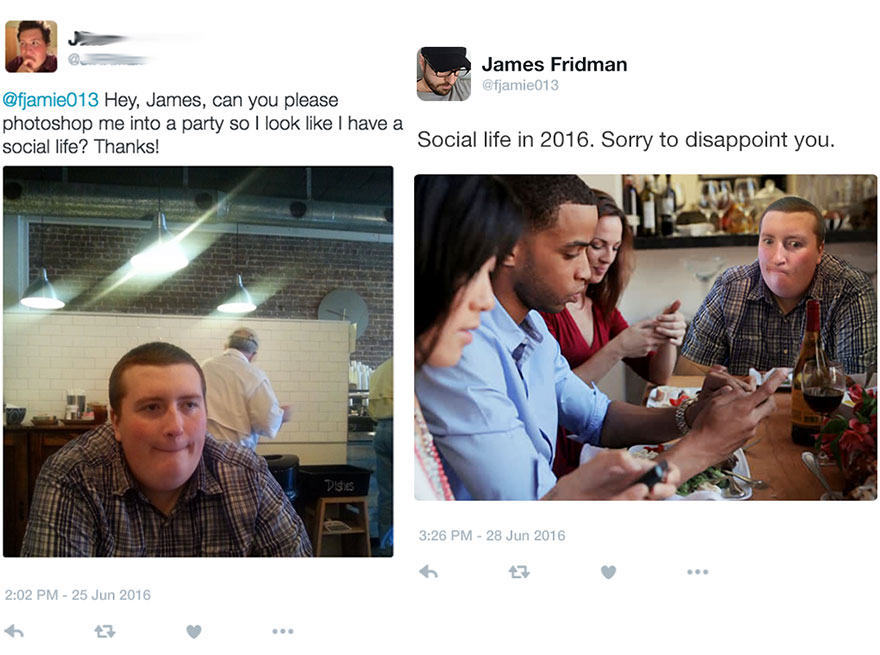 A soul for a soul. 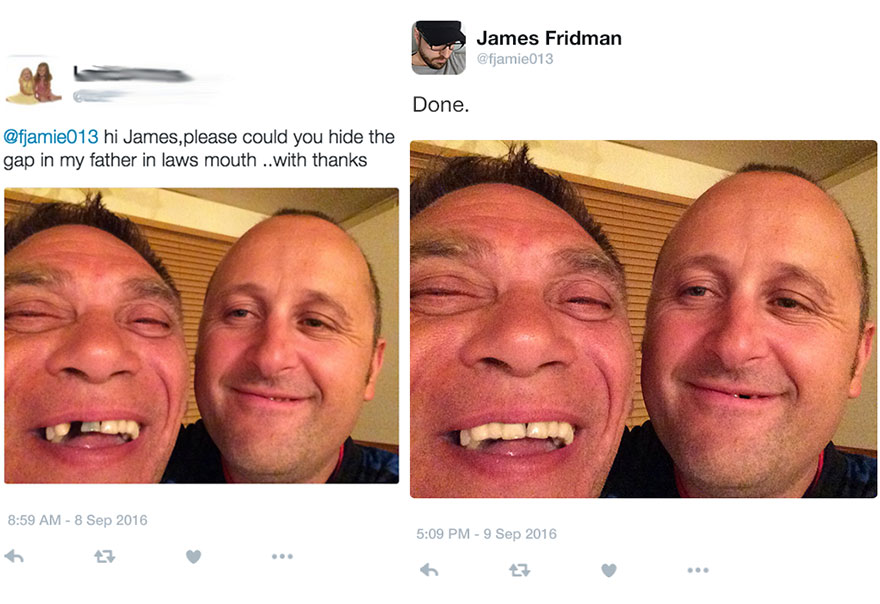 So, obviously, he’ll do whatever he likes with her.

There’s no one there, right? 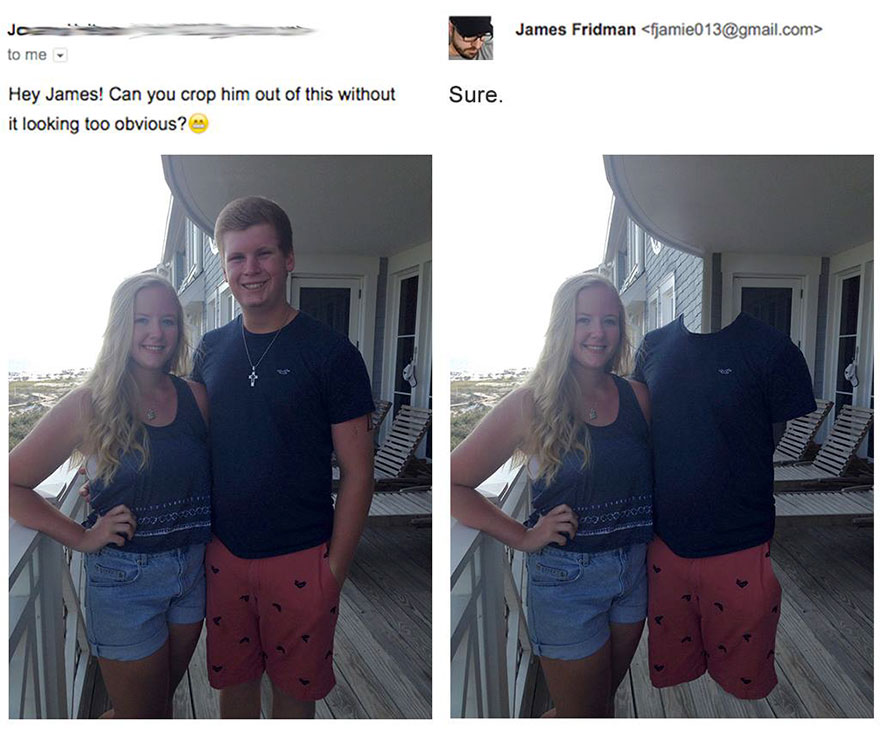 You asked to crop him after all, not his clothes, done.

Some people already have funny photos. 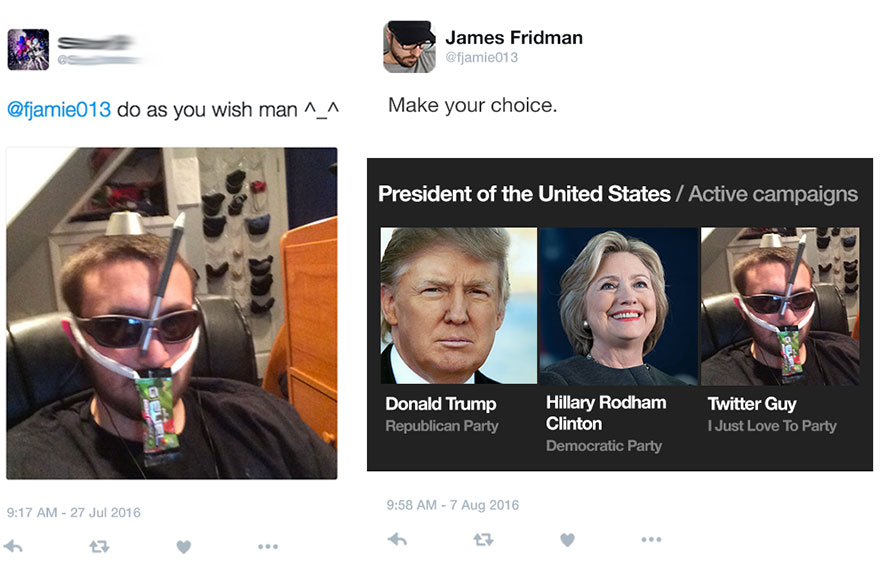 I’d vote him if I could, would make a better president anyways.