Everyone knows Justin Bieber and Tom Cruise. In case you didn’t let’s know something about them so you can make their profiles. Justin Bieber is a pop singer who’s 25-years-old and is one of the most famous celebrities who started his career at a very early age. He has received many awards for his songs and hits the movie charts too often. Tom Cruise is a legendary actor known for many roles and the most appreciated one being Mission Impossible. He has been fan favorite face for so many years we don’t know and doesn’t look a day older than 25 but is 56-years-old. He has won many awards for his performances in various movies. So, recently, Justin Bieber challenged Tom Cruise for an MMA fight.

Definitely bold of him to do so.

The two celebrities are totally different. 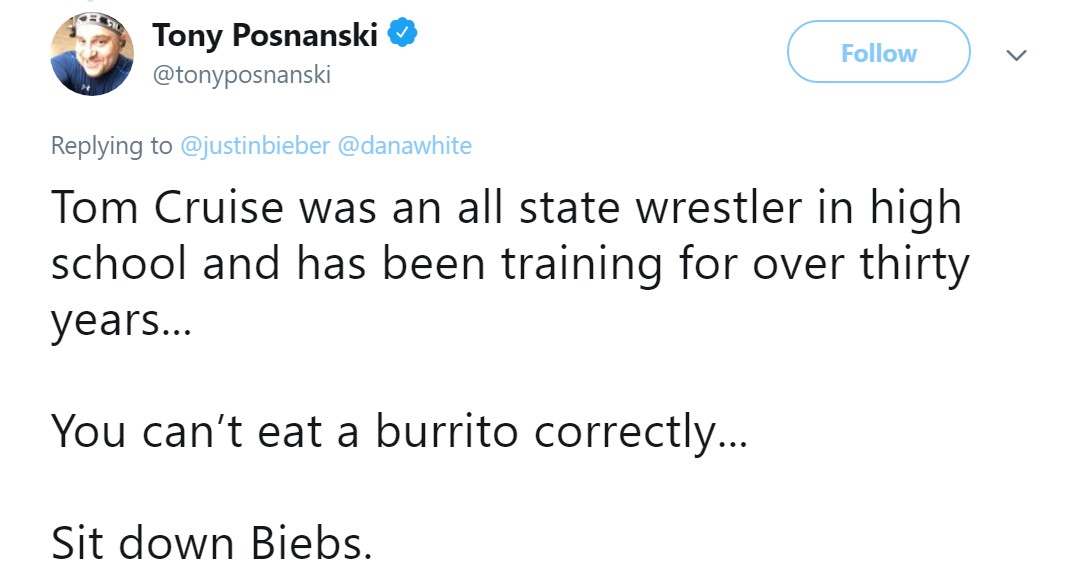 People cannot stop trolling him for this.

Might even be true in this condition, who knows?

They got a go from UFC Canada. 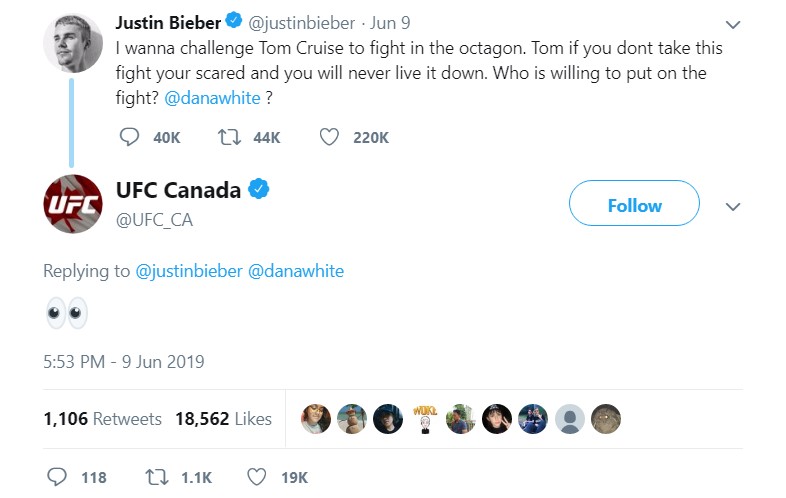 They must be like, yeah come on do something.

One fan had high hopes for Justin Bieber.

And I can’t totally disagree as he really can from my point of view. 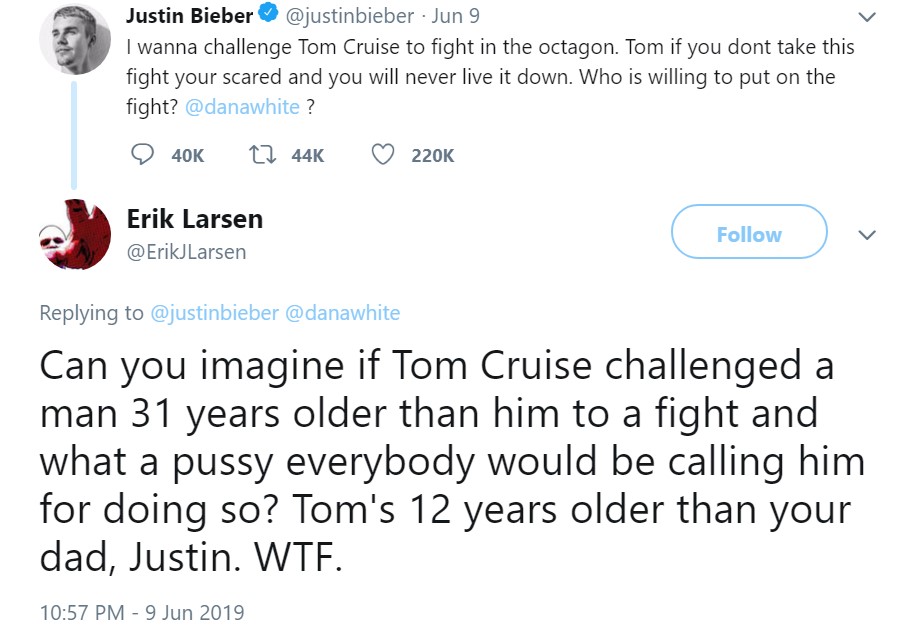 Well, he’s Justin, he does stupid things like this regularly, don’t blame him.

Someone gave him a nice suggestion. 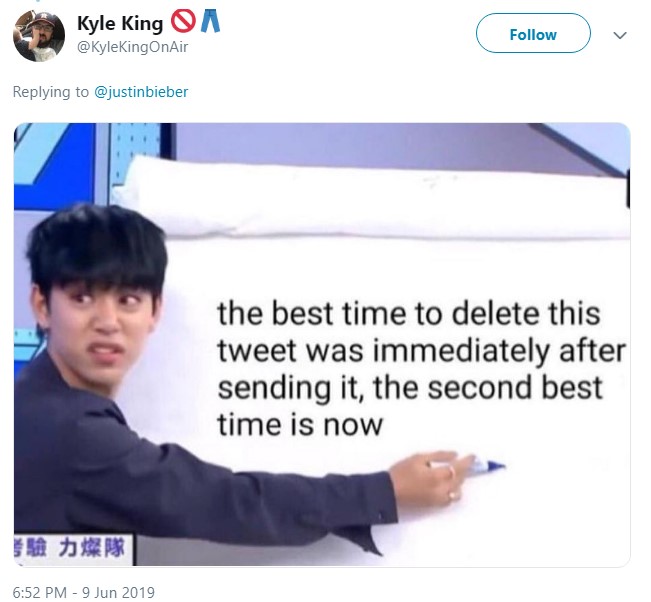 Maybe he should have used it already.

Recently, celebrities challenging each other online has become common. 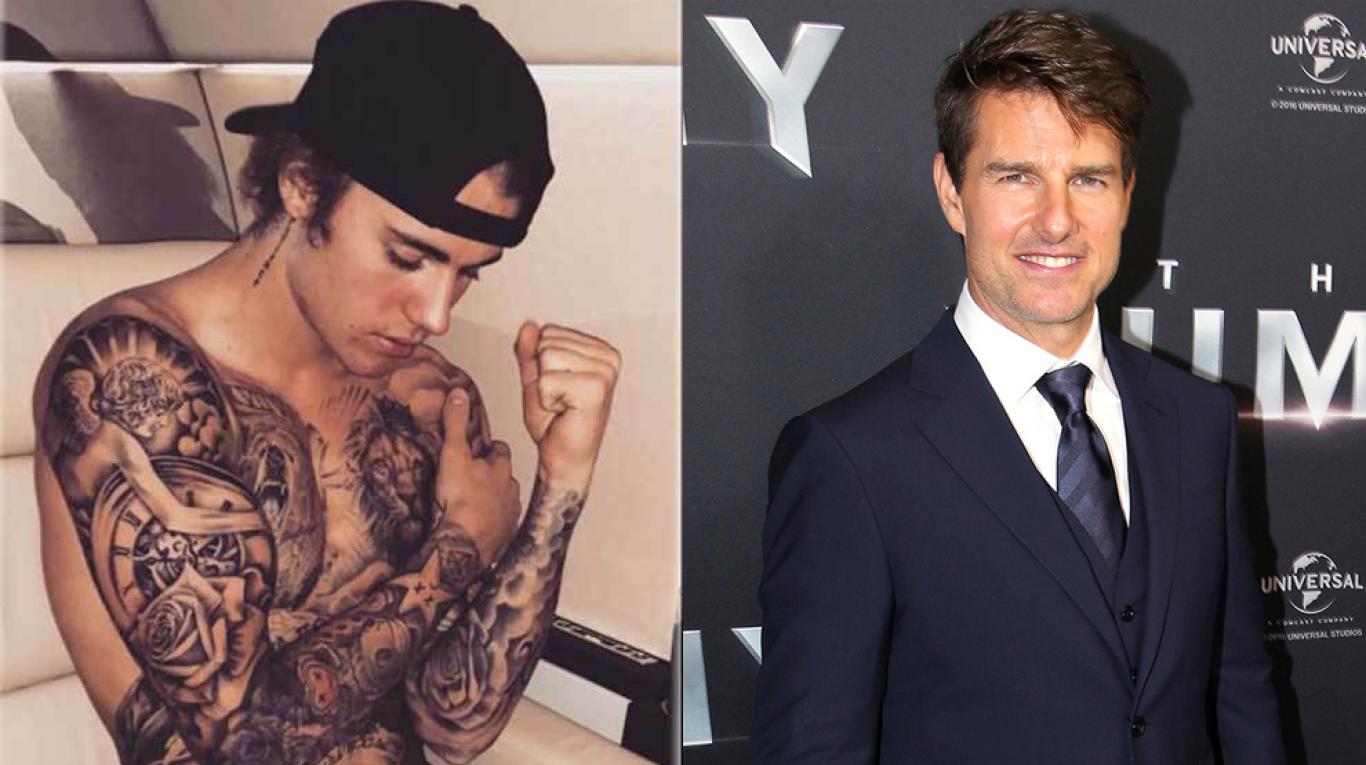 And this often results in something really great for fun and definitely out of the box when we didn’t expect it.

Conor McGregor would sponsor their fight! 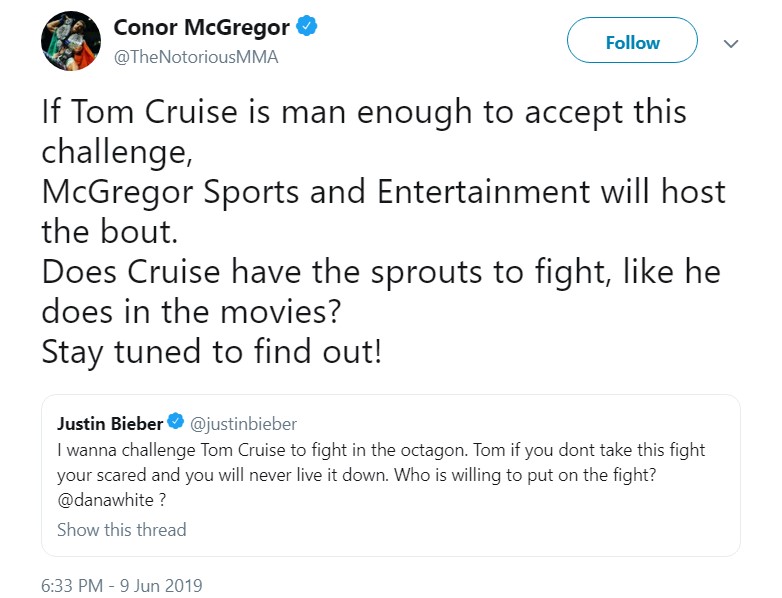 So, it can be official as if Tom responds!

Someone even compared them as two fighters! 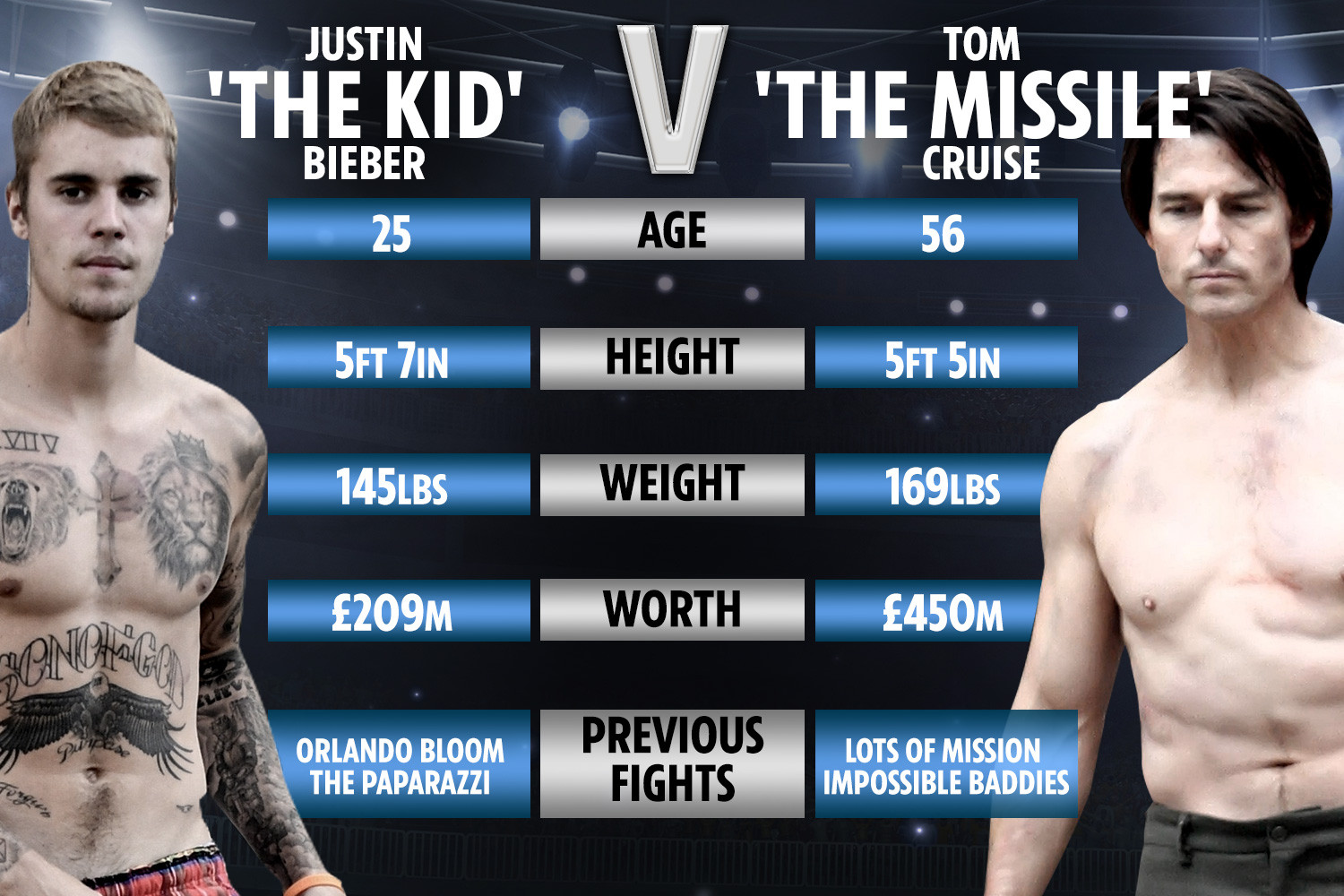 There’s no way after seeing this sheet, I can say Justin can win. They aren’t even in the same weight goddamnit!

Justin further responded to this call out.

And in the end, it was all a joke and something that isn’t happening.

Tom Cruise hasn’t even responded to the whole thing, but Justin Further clarified. 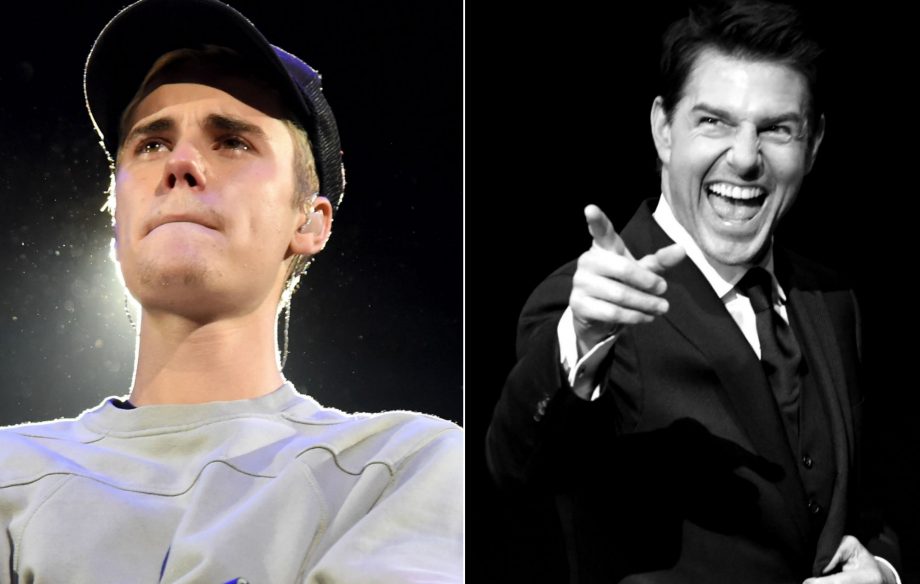 “It was just a random tweet. I do that stuff sometimes. I think he would probably whoop my ass in a fight. I’d have to get super in shape, I’m really skinny right now. I think he’d probably be out of my weight class. He’s got that dad strength.” And that’s when we know he accepts if this was true, he’d be lying unconscious in the ring in near future.

Priyanka Chopra Steals The Show At Cannes 2019 With Her All...