Sarcasm.co
Home Movies Proofs That Game Of Thrones is Copied From The Shrek!

Another Game of Thrones theory has been revealed even weeks after the show has ended and that it was always a representation of Shrek. Game Of Thrones has never tried to make something of its own it always had resemblances from Shrek, meaning it was copied. Kidding obviously, we have discovered that there were many times when people could discover similarities between Shrek and GOT and every time they did it, it was hilarious.

Below are parallels of both Shrek And Game Of Thrones, that should keep you entertained:

We had them all along. 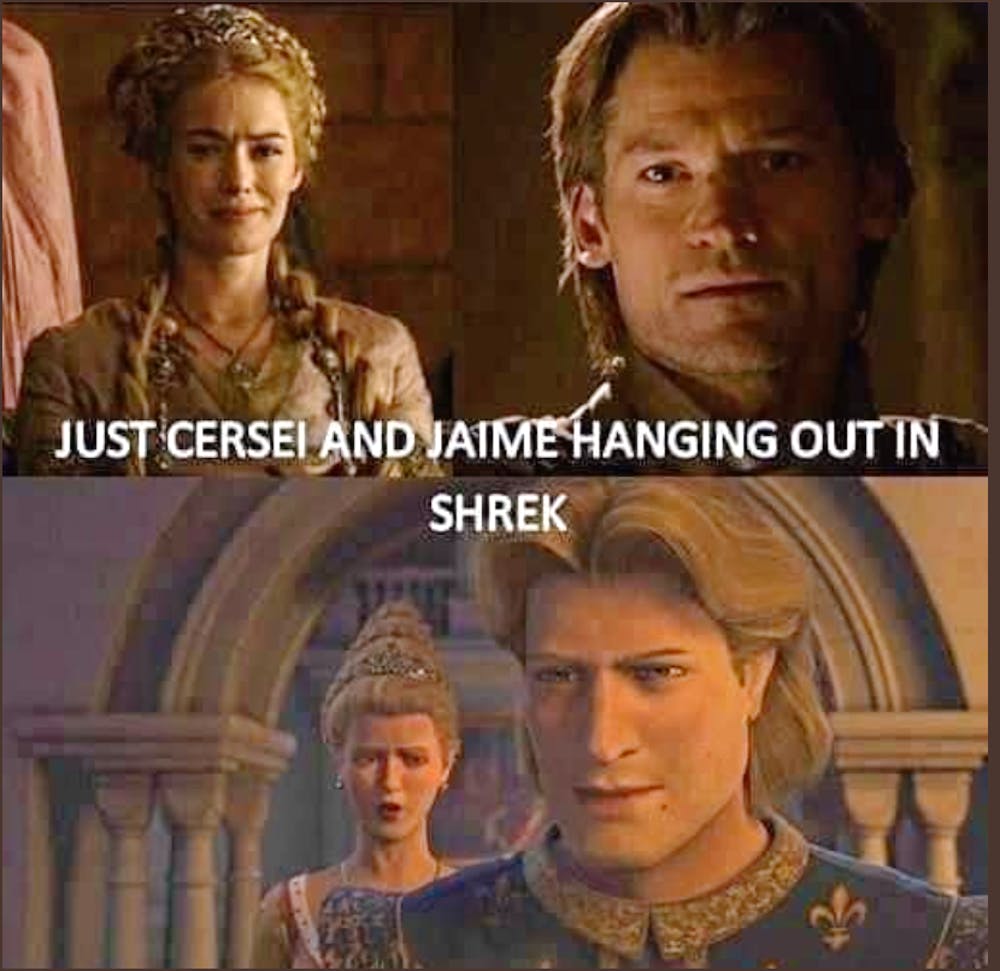 Yep, well minus the incest at least, as this is his mother…

When Ned Knew Who Littlefinger really was. 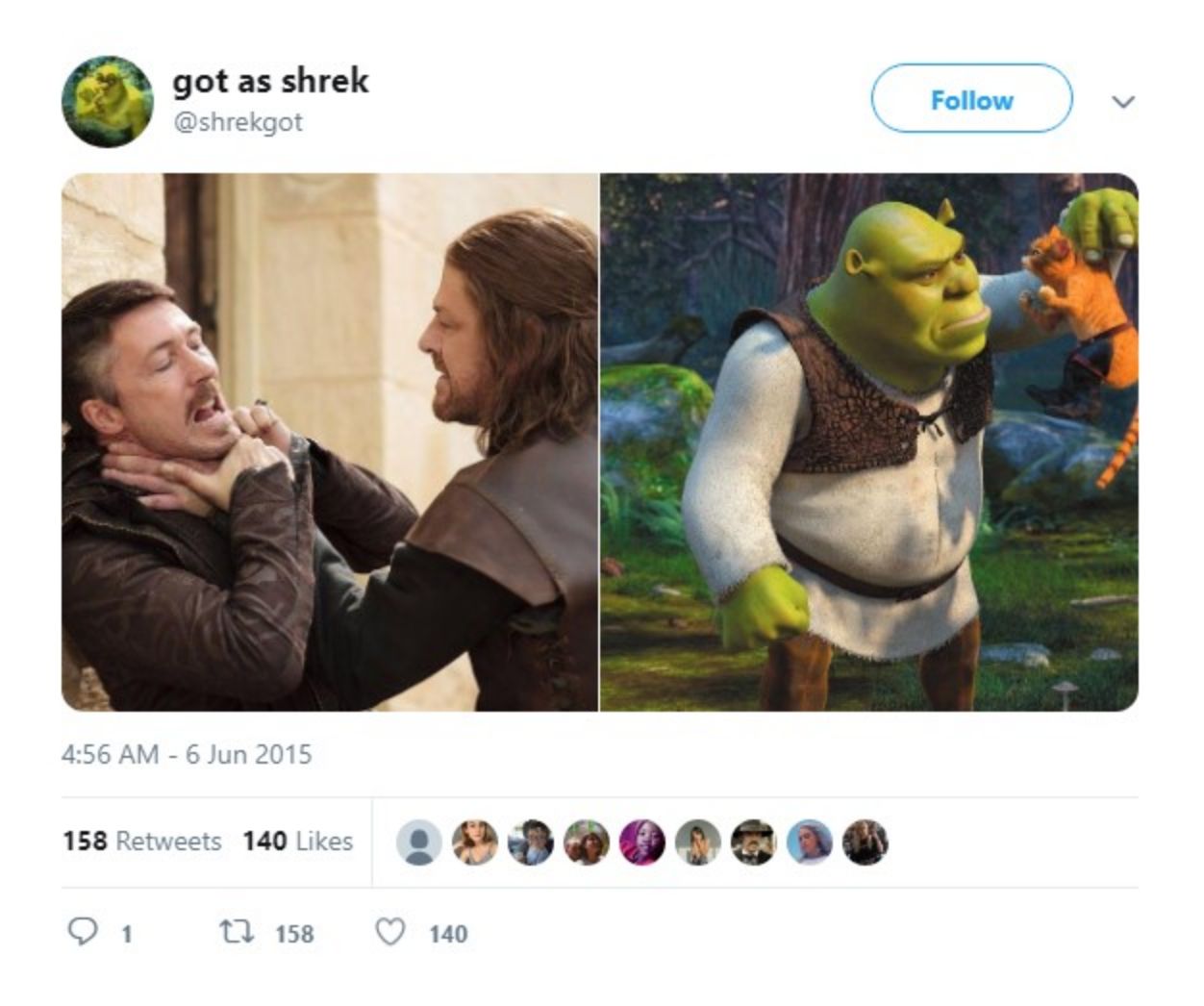 The Sept of Baelor. 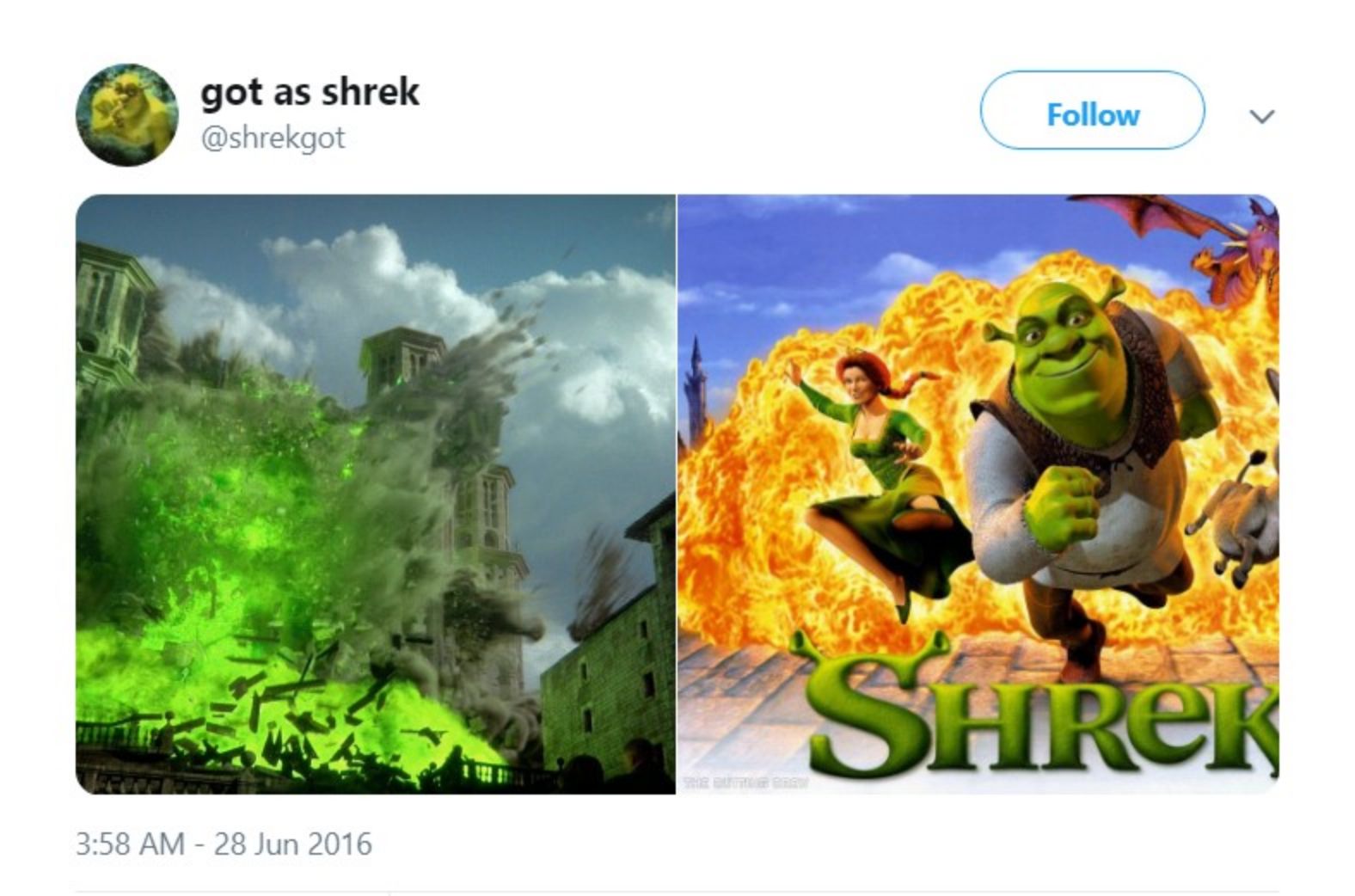 Yeah, well Cersei knew where it was inspired from.

The Dragon and who it trusts. 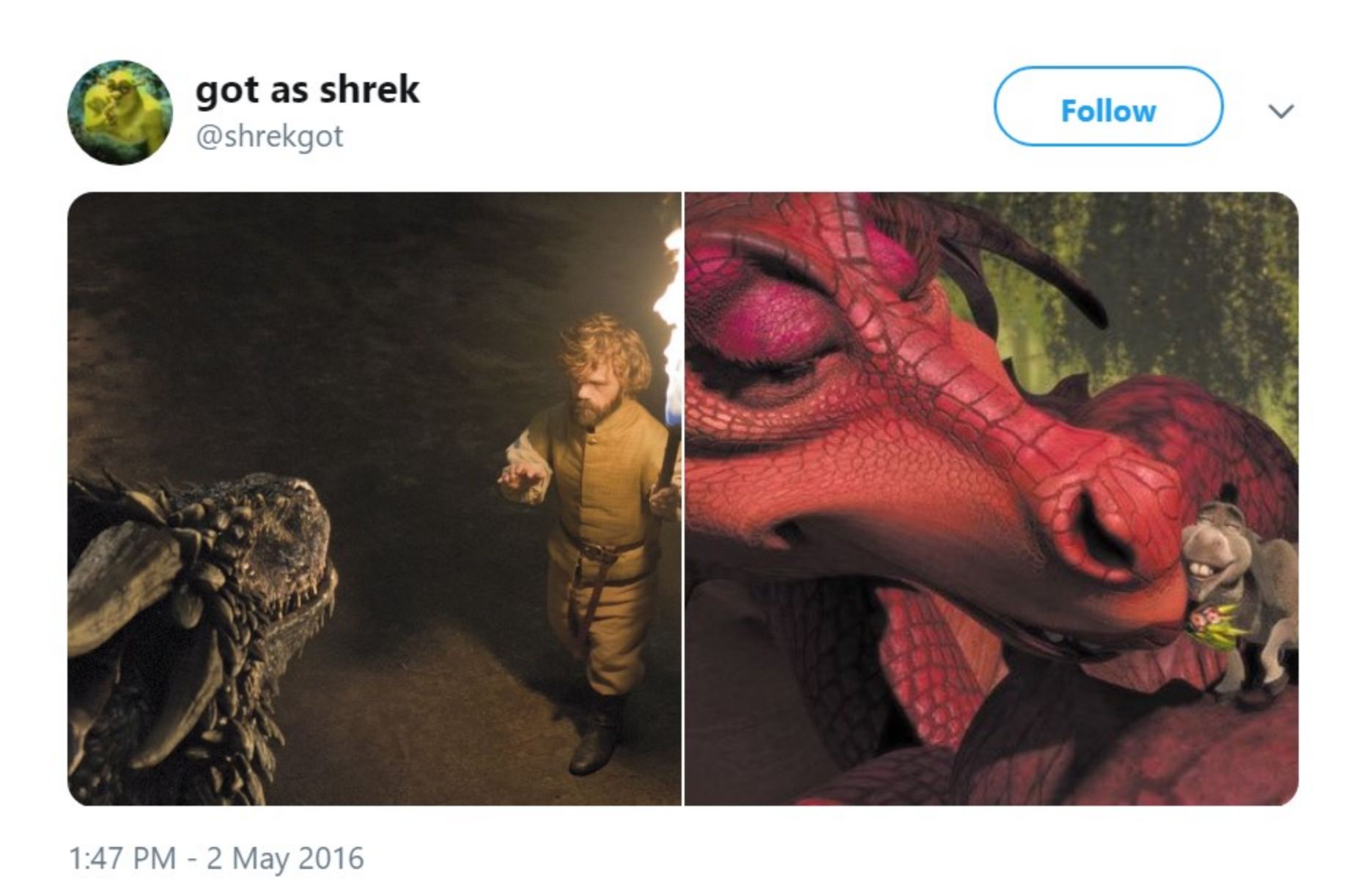 Definitely not comparing Tyrion to the donkey but both of them were pretty intelligent and dragons, amazing. 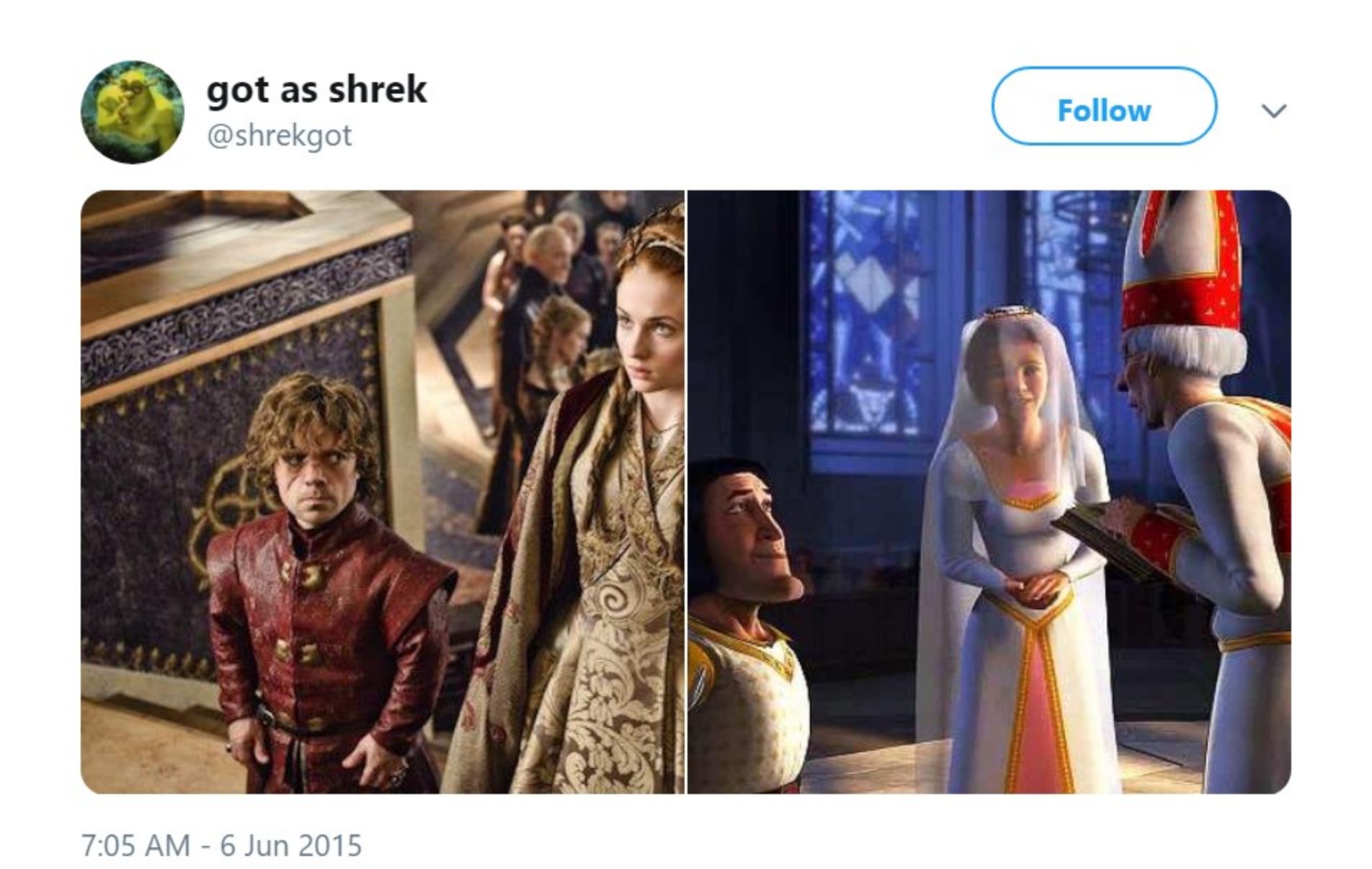 Yeah, well both little guys have to be around princesses and queens since forever.

Fiona From the last Shrek Movie and Khaleesi are actually similar. 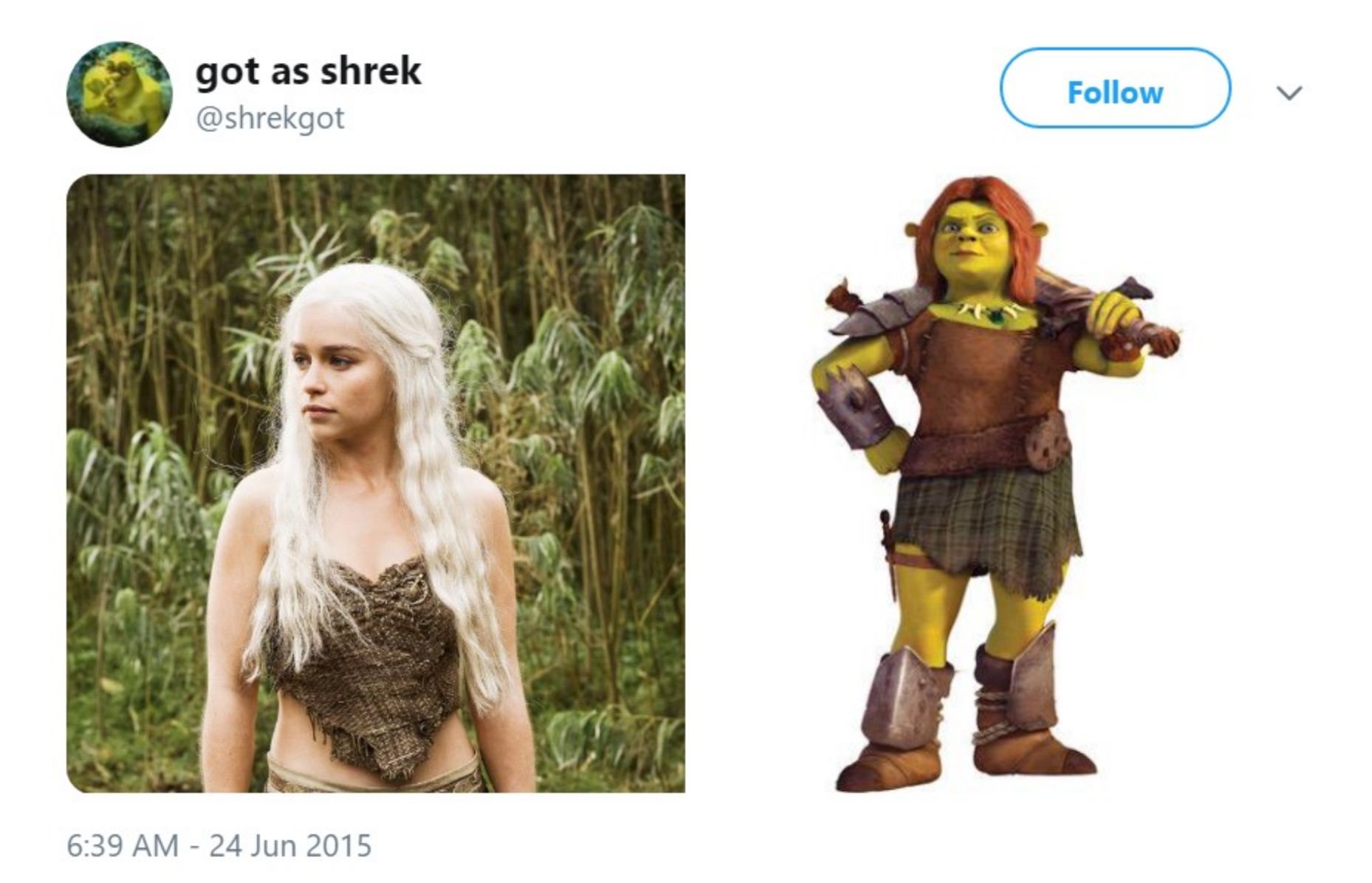 Powerful, Ferocious, Having An Army and a Cause worth *dying for* at least in terms of Khaleesi. These characters are even morally the same! 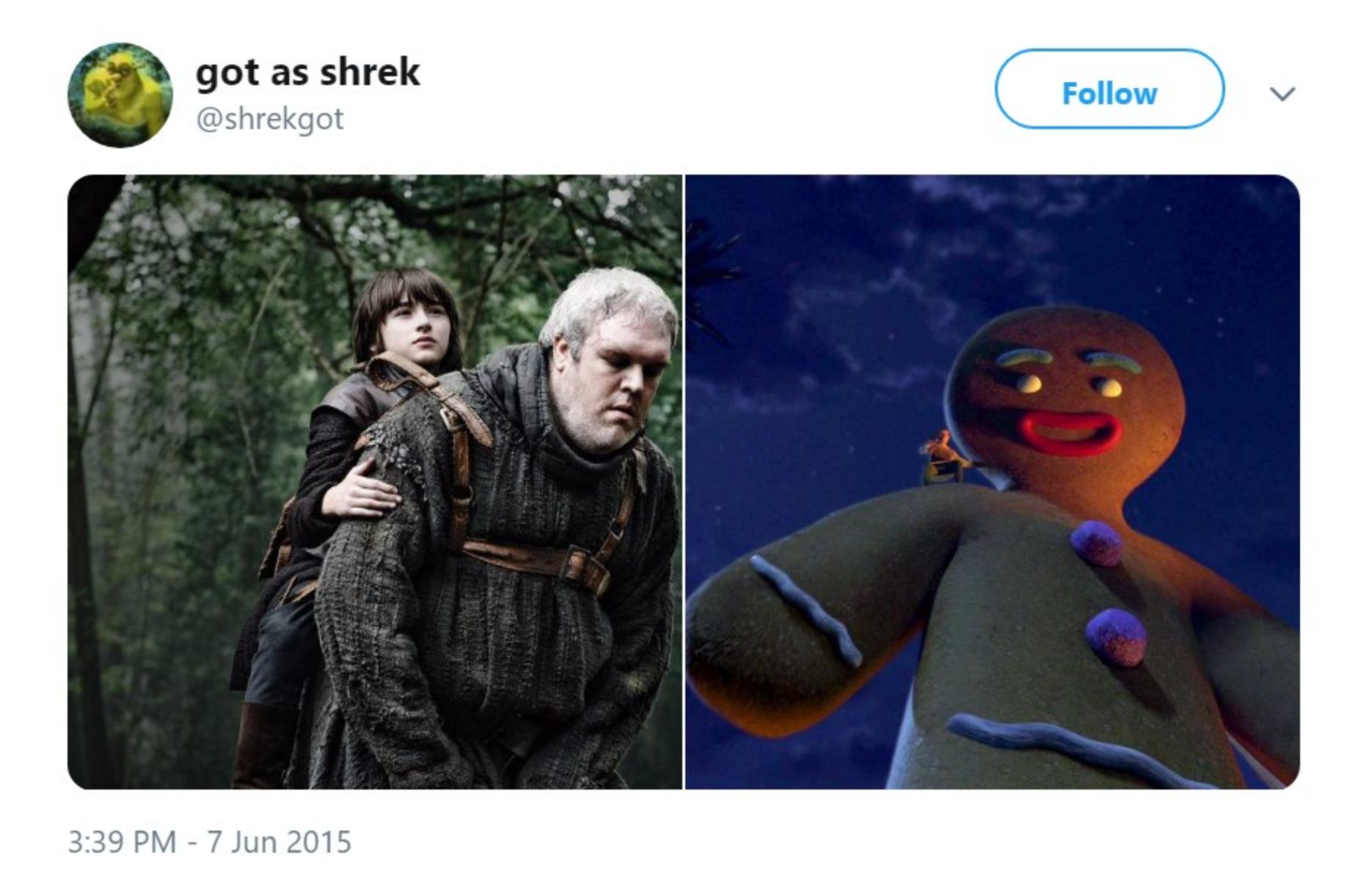 At least gingy wasn’t going to be the Three-Eyed Raven and the King of the 6 kingdoms, the big guys died protecting the small ones as well. Sad sob story.

I always had the suspicion. 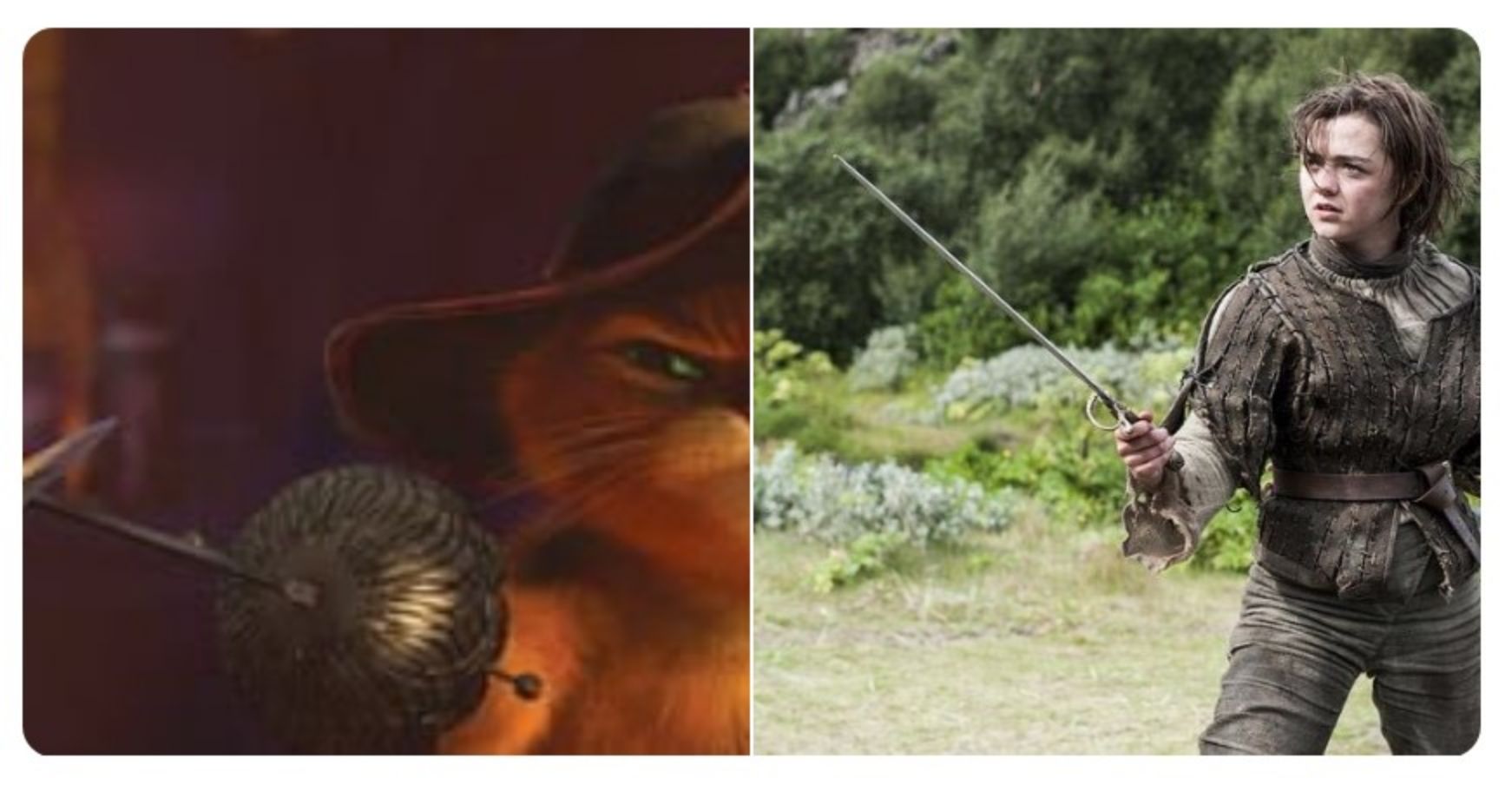 Now, I can finally rest in peace.

The Hound and Shrek were the Same! 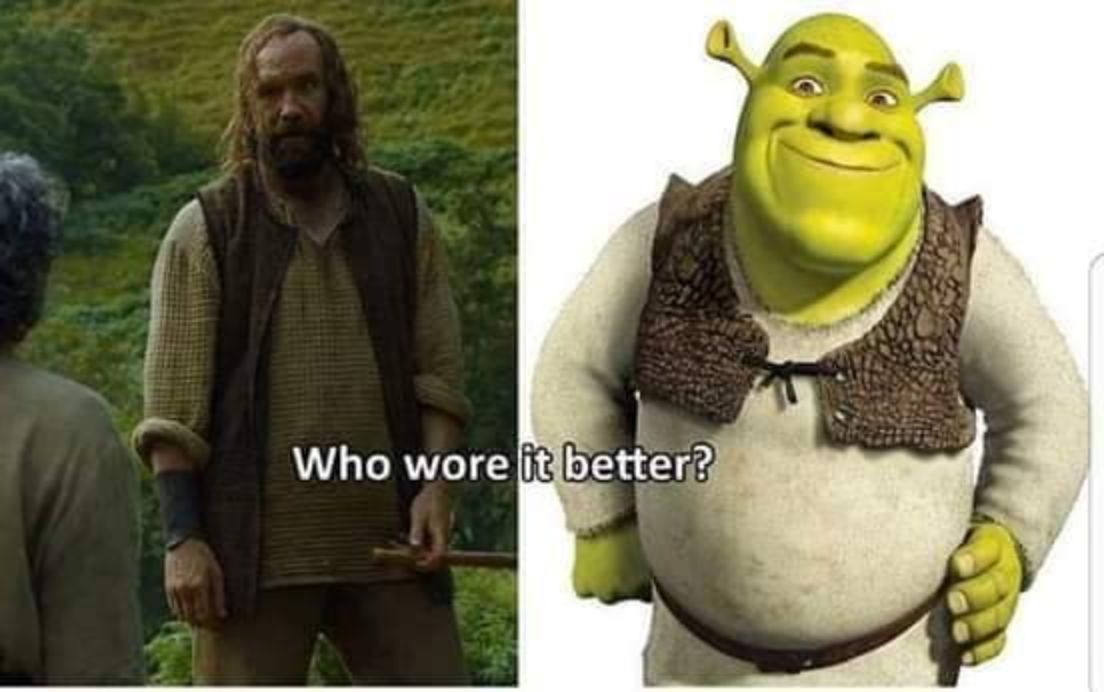 Yeah well, both were big guys, totally unhygienic and without any motive. Yelled their way with people but soft from the heart.

Jamie and The Prince. 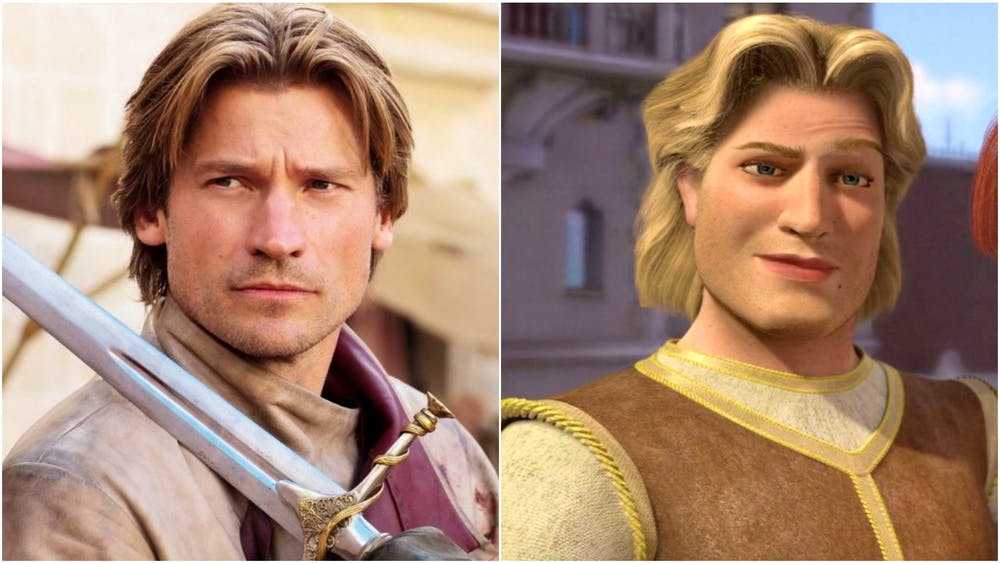 They look so much visually similar plus both of them are privileged princes and amazing fighters, kinda kingslayers as well, it’s so adorable.

Watch Out The Real Transformation Of Home Alone House Pictures- Then...

Michael Caine Says Batman Is So Far The Best Work He...