James Fridman is an online photoshop guru. He can tweak any photo you ask for free, but only on one condition – he would do it on his own ways, which are almost always funny. Indeed, he takes the requests on their face value and works on them almost literally. That almost always ends up in funny photo edits. In fact, that is Fridman’s response to photoshoprequests. However, this has lead to a massive popularity for him. Moreover, he is always posting such hilarious stuff. In fact, if you visit his page you will be amazed at his prolific posting of hilarious photo edits.

Take for example the request of a father to edit a photo of himself and his son and to make their hairstyles look more cool. What resulted was the father’s being transposed on the sons’ scalp and the sons hair being transposed on his father’s scalp. Is not that cool and funny enough to get into bouts of laughter!

Now take for example a girl’s request to edit a photo of her and her boyfriend. There was a lot of sunlight when they took the photo. So the girls request was that something be done to change the appearance of her boyfriend as he was looking like crying. What followed as hilarious. Friedman replaced her purse with a roll of tissue paper apparently to wipe her boyfriends tears!

Indeed, Friedman’s hilarious ways can go to the extent of exposing some of the bitter truths of life, especially the life of partners. A girl’s request for removing her boyfriend from a frame of picture met with a hilarious edit. It showed her boyfriend enjoying the company of women in the pool with many other boys.

In yet another hilarious photo edit, Friedman responded to a boy’s request of turning his photo into a badass one by filling his hair with soap bubbles.

Lets enjoy some of his best trolls below 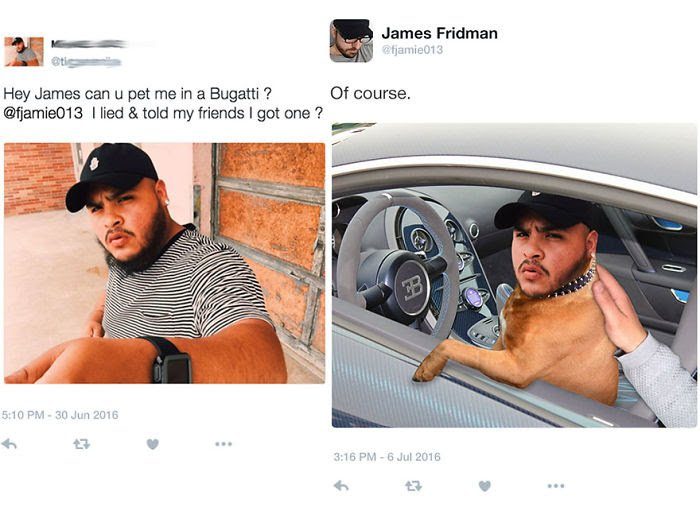 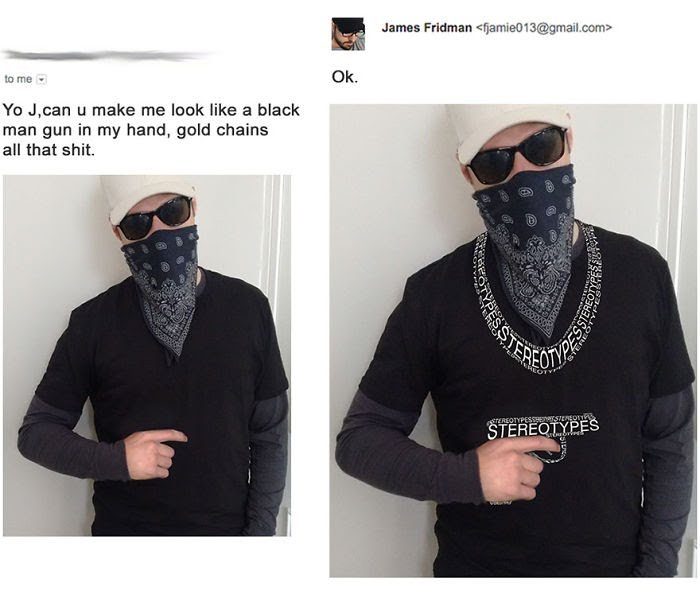 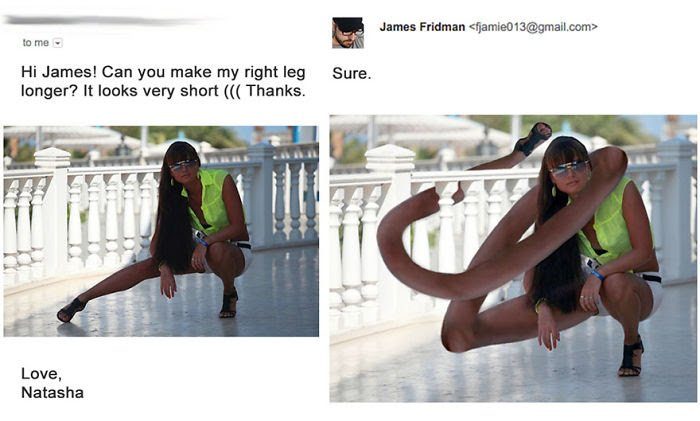 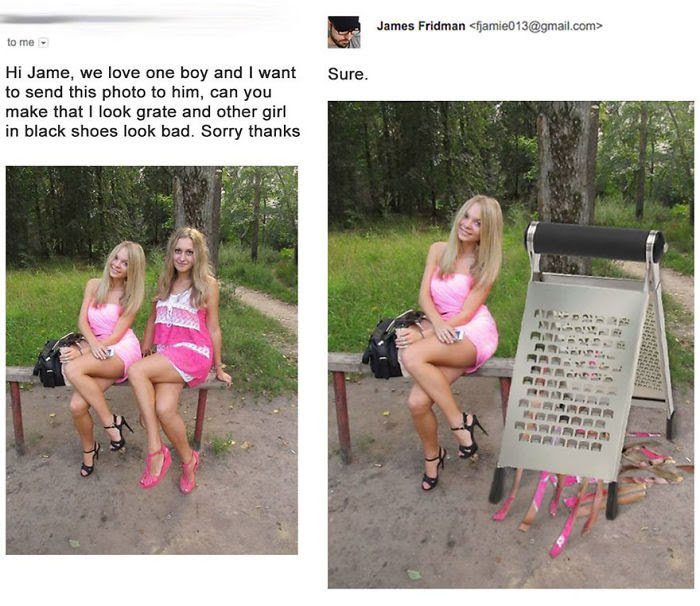 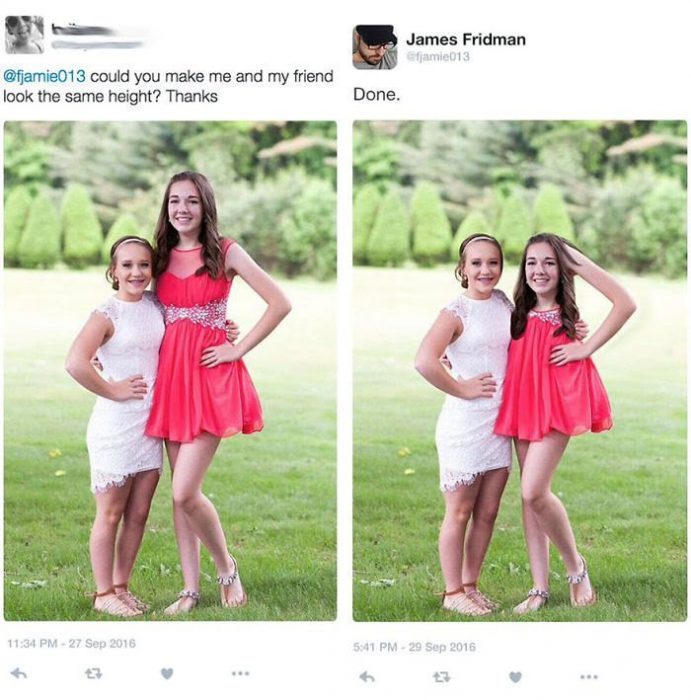 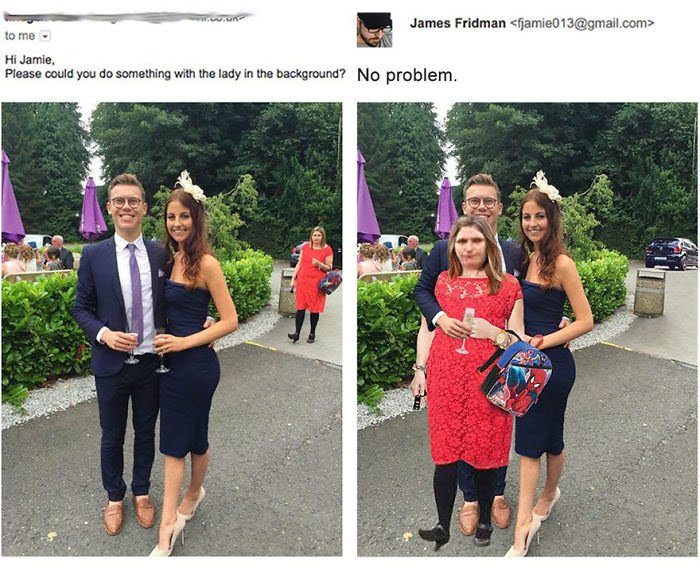 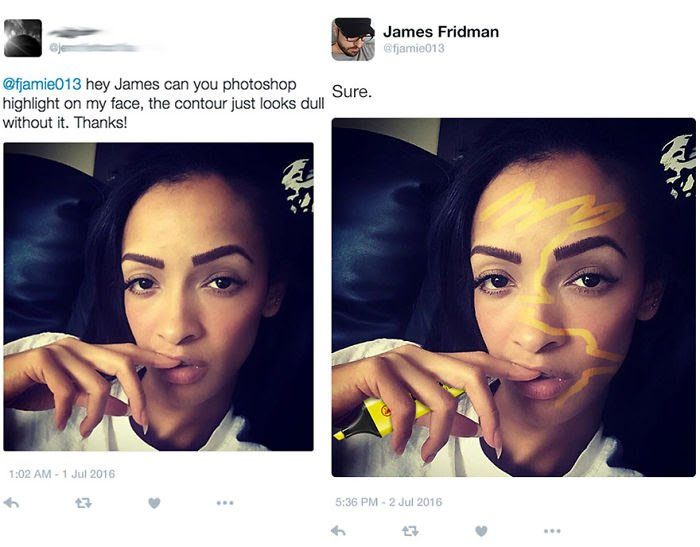 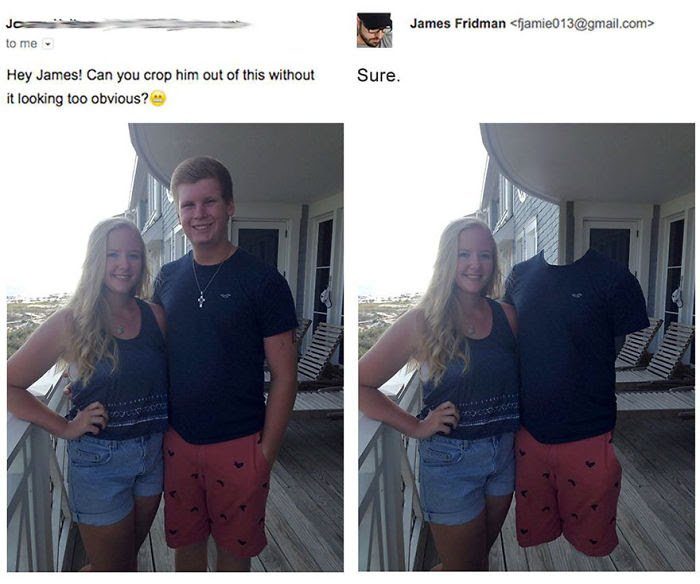 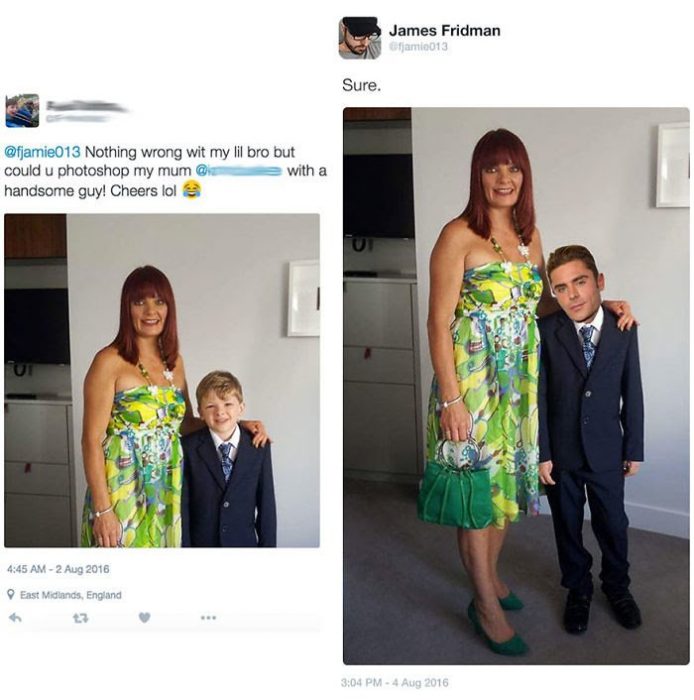 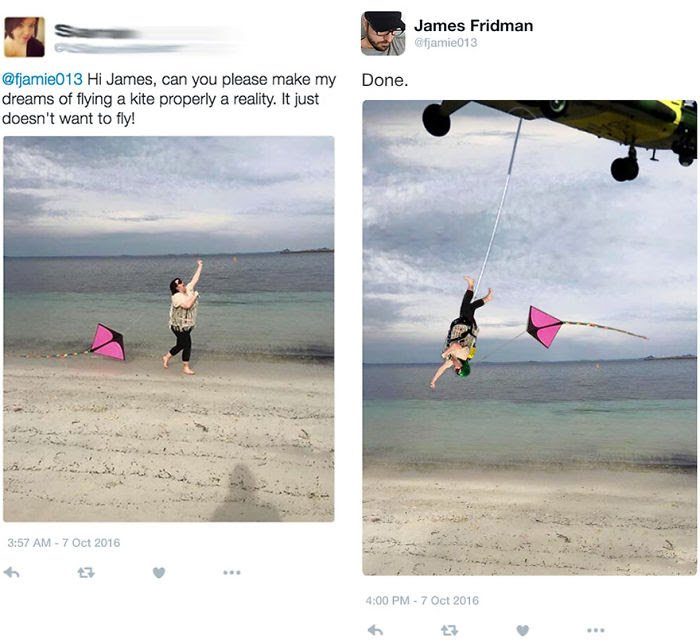 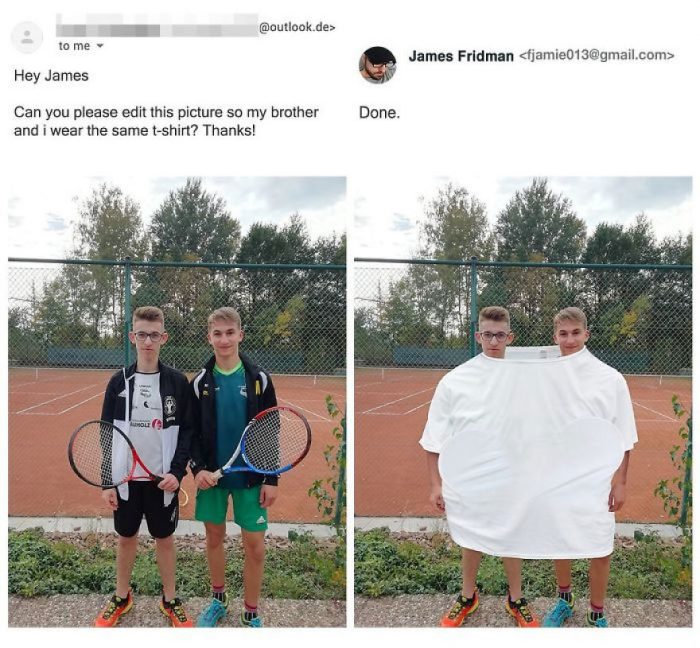 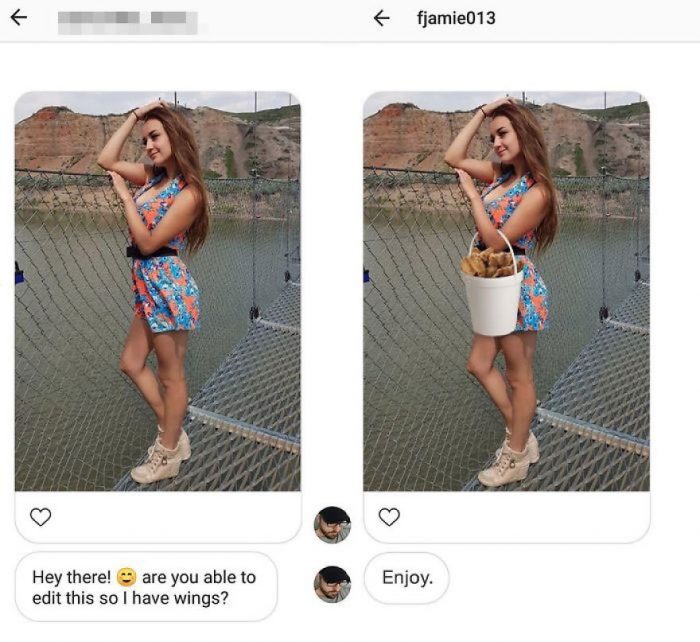 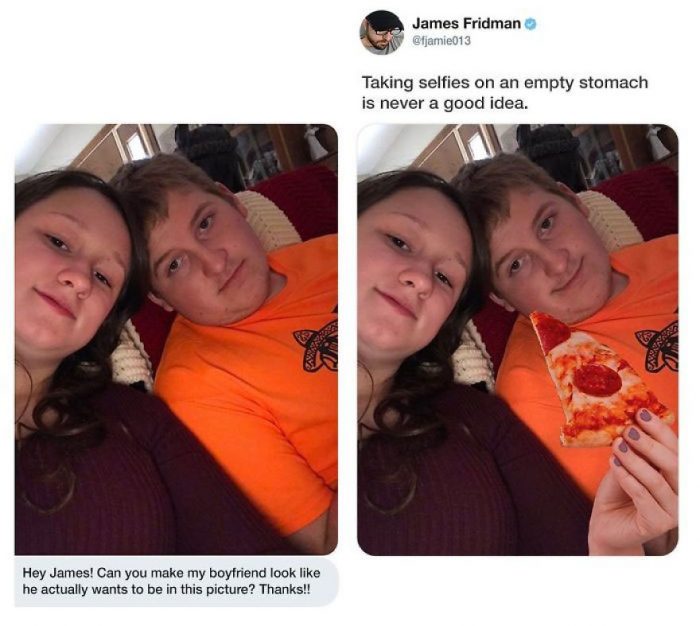 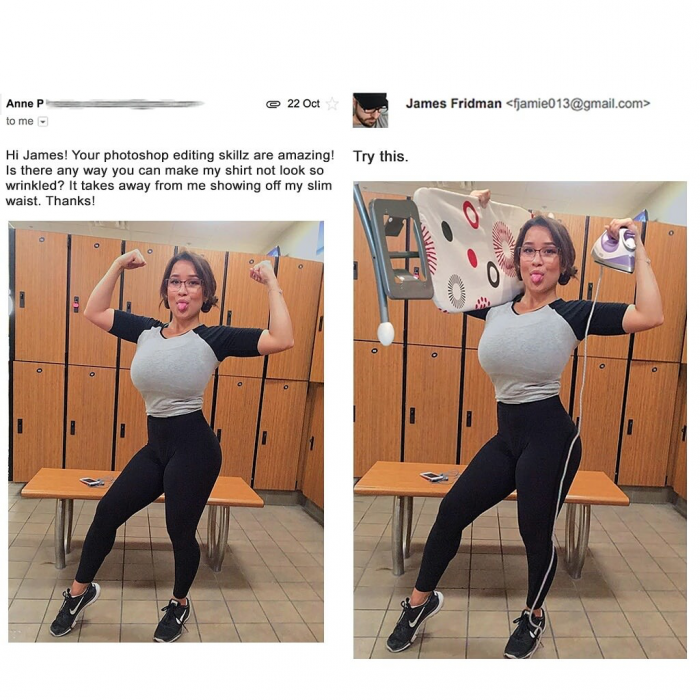 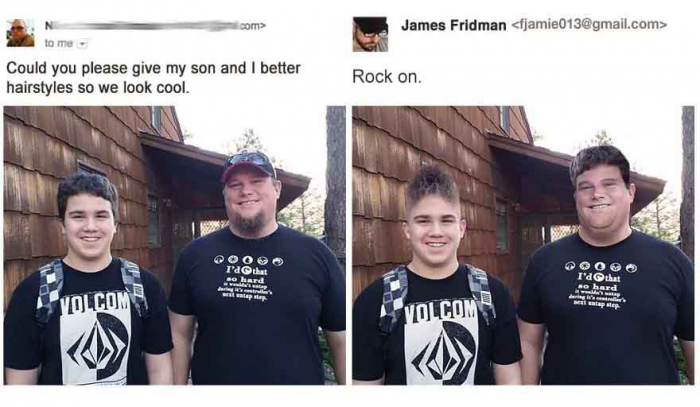 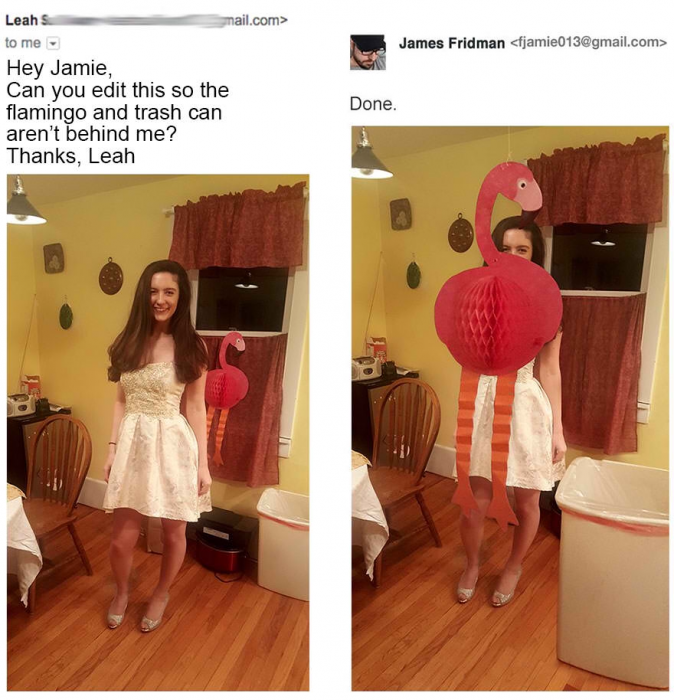 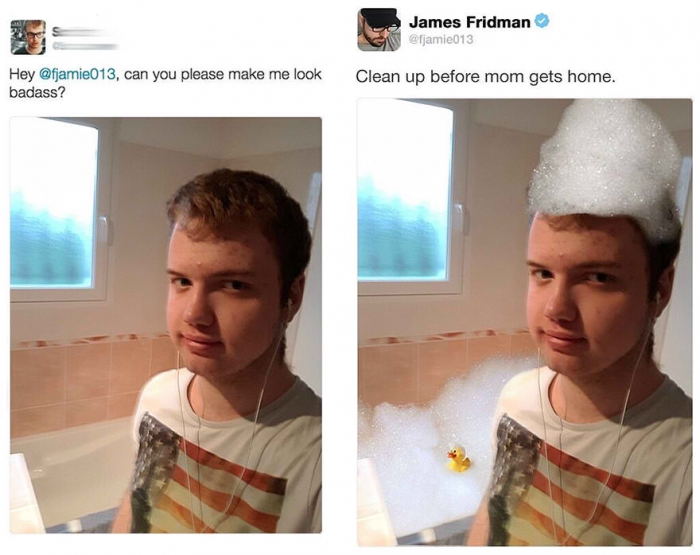 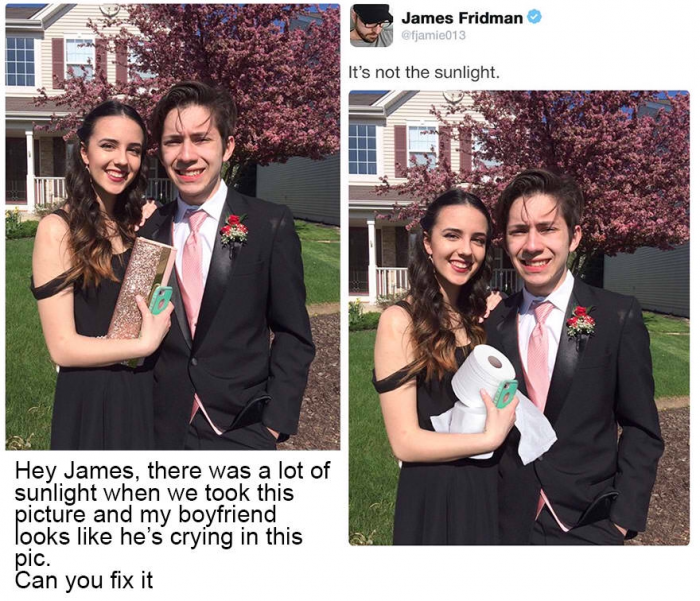 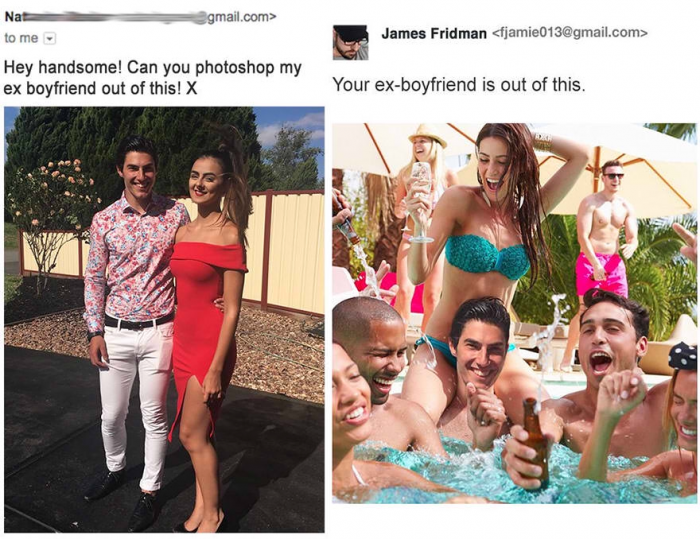 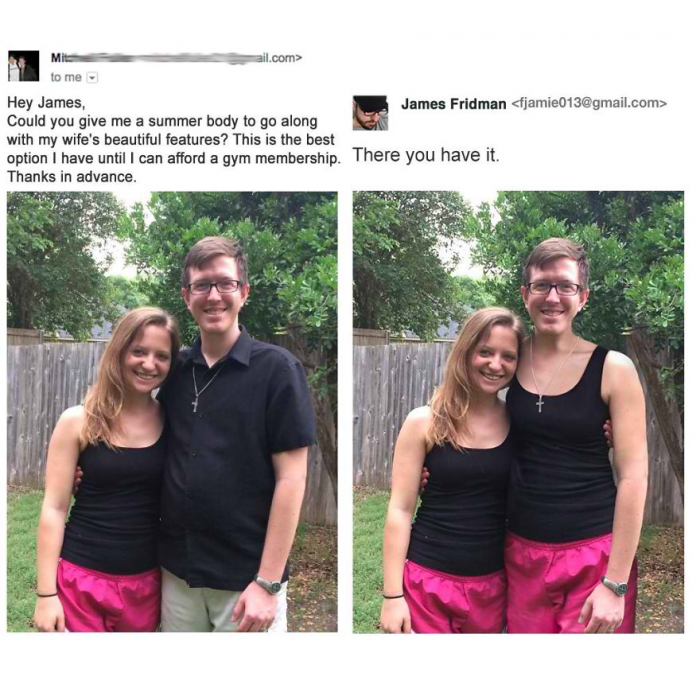 12 Best News Fails Ever To Make You Cringe Inside Out

Funny Comic Series About Growing Up That We All Will Relate...