Sarcasm.co
Home Art & Design These Illustrations Prove That Life With A Cat Can Be Hell And...

Cats are notorious creatures. While many will vouch for a dog’s solidarity and loyalty, Cats as pets are different story all together. They say pets make you kinder but we are sure many will agree that cats make you crazier. A cat can transform itself from a wild attacker to a cuddle buddy within minutes and those who have them as pets know the daily ordeals cats bring upon. Though those who have them as pets will always go for a second in a heartbeat, but still we can’t deny the fact that cats are pure evils as they have a way around your heart to make you their slaves instead.

Your equation with your cat varies from being spiteful to full of adoration. Life with a cat is full of adventures if you are open enough to see the humor in them. If you love and hate your cat with equal passion then you will surely love the comic strips designed by a budding artist.

Cody Stone Stowe showcases his proud life with his cat, named Coral through series of comics ‘WeFlaps’. His artworks are relatable as hell and will make you nod along in agreement if you own s cat as well.

On drawing his cat, Cody says “They have so many looks that reflect human ones that I get quite the kick out of seeing on a cat. Slow glazed blink. Eye rolls. Side eye. There was so much there, and from that, so much to draw from.”

Cody adopted Coral in 2016 but back then he wasn’t aware of the dark side of owning a cat as pet. He soon saw the menacing and devilish side of Coral and from there he got the inspiration to create ‘WeFlaps’. His artworks are hilarious and fun and strikes a chord with every cat owners heart.

Do checkout some of his best works below. 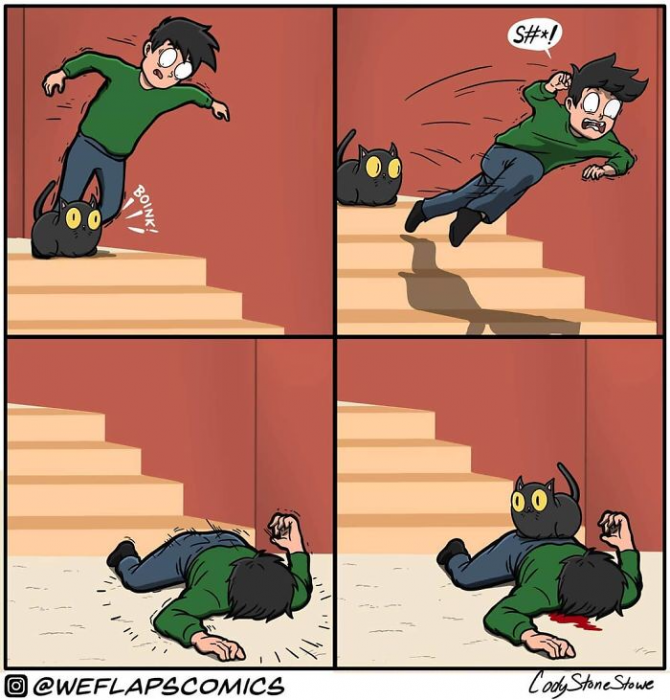 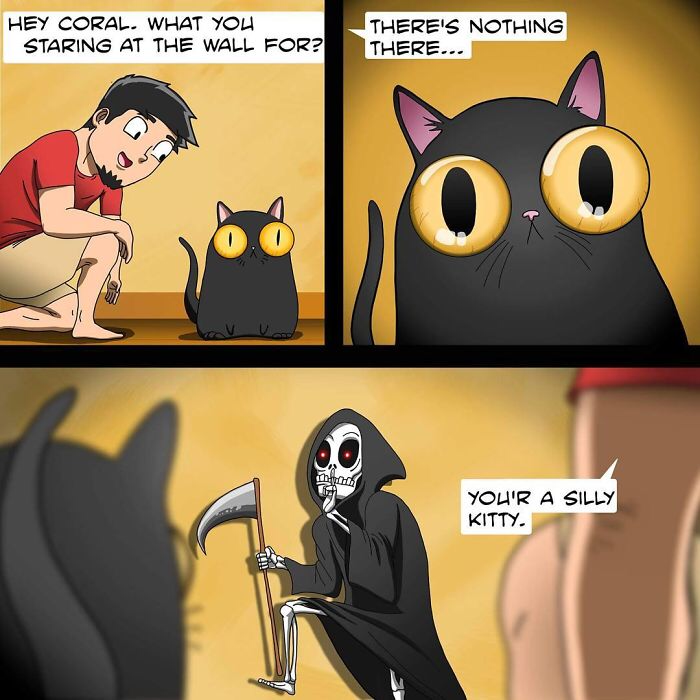 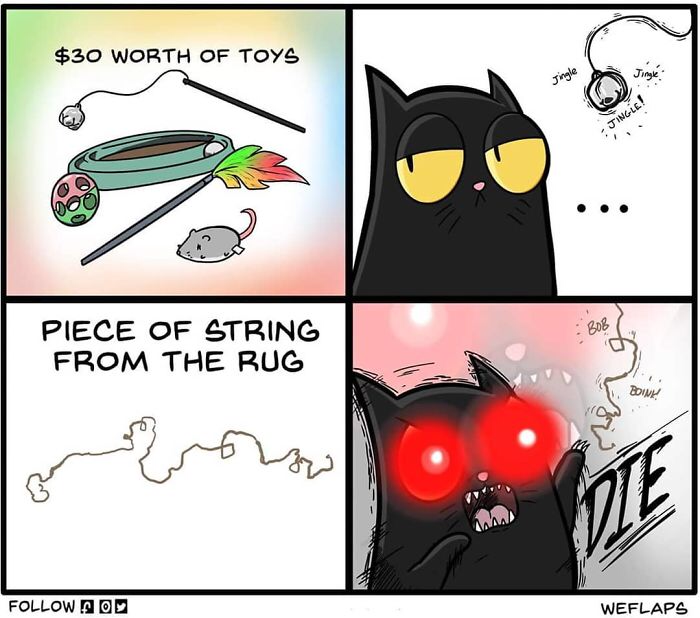 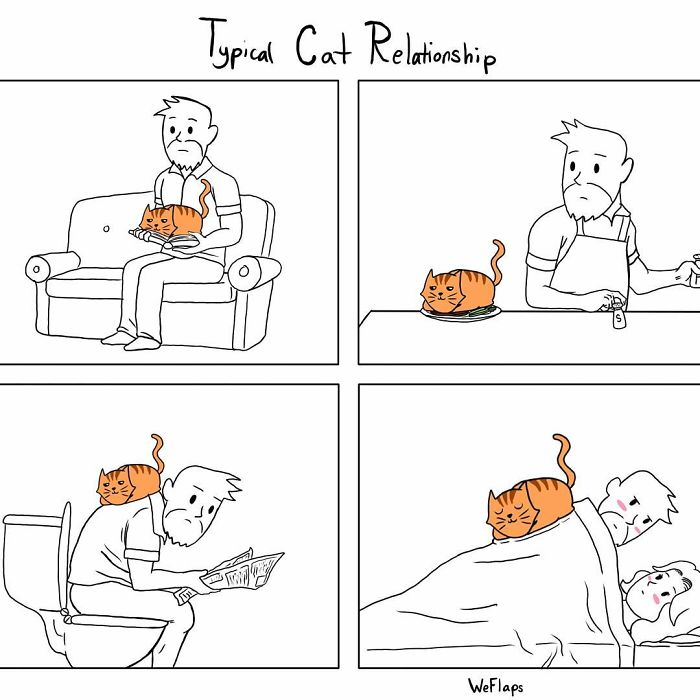 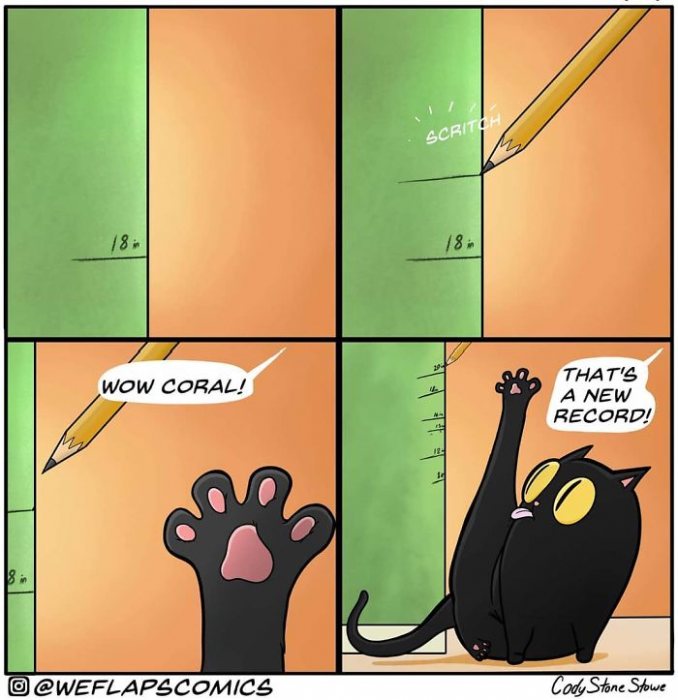 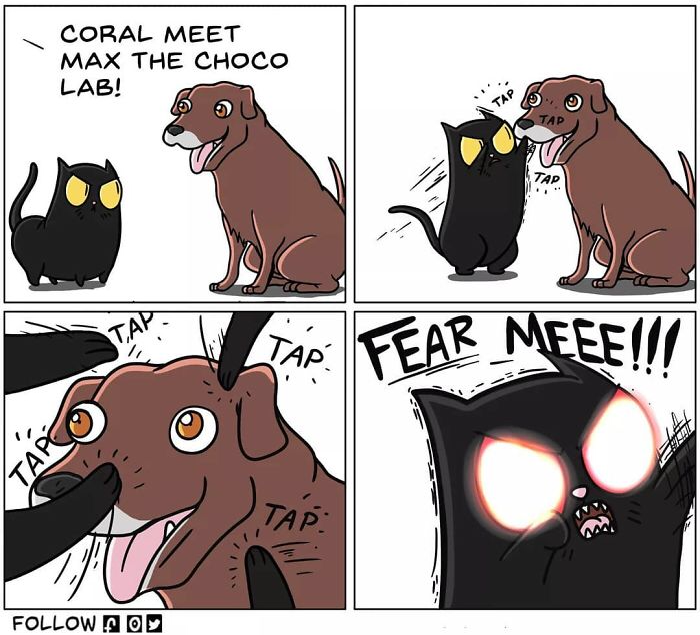 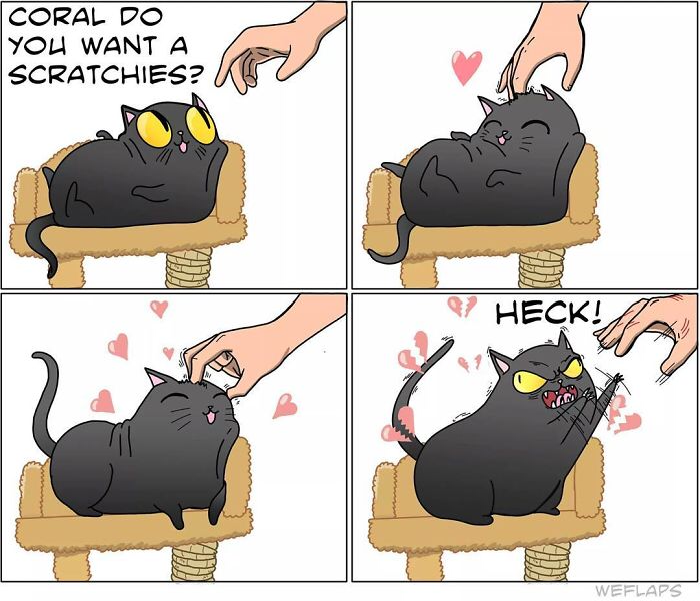 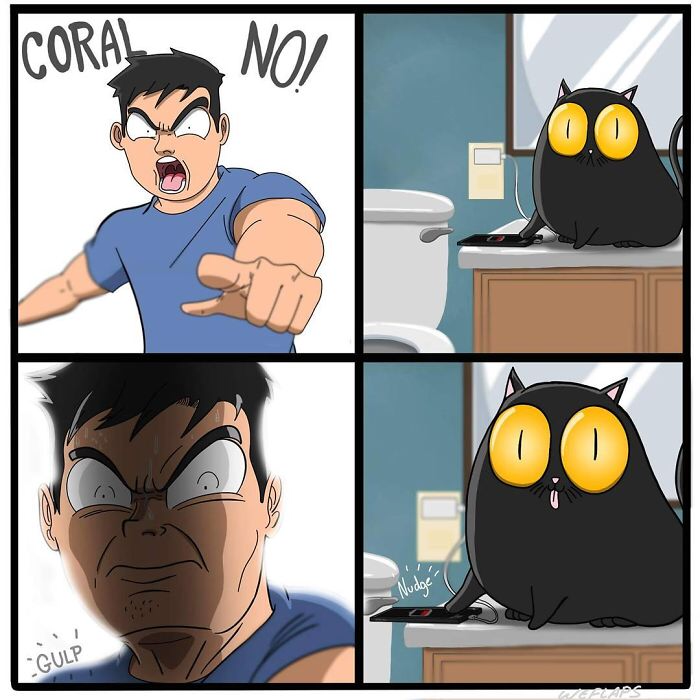 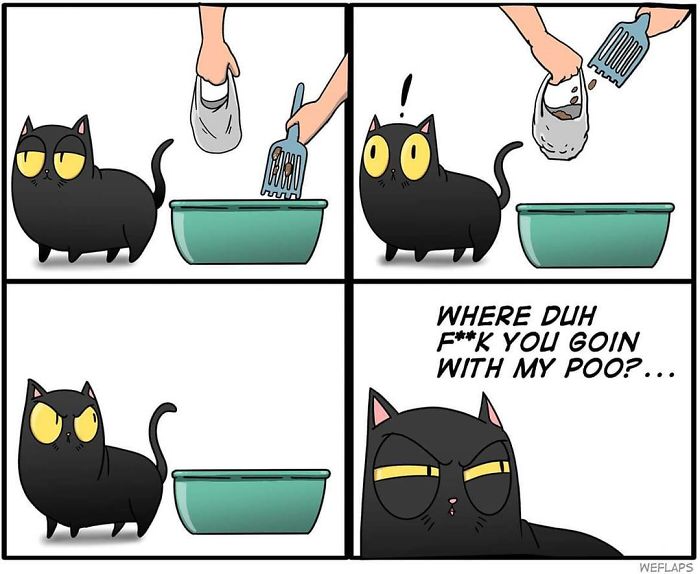 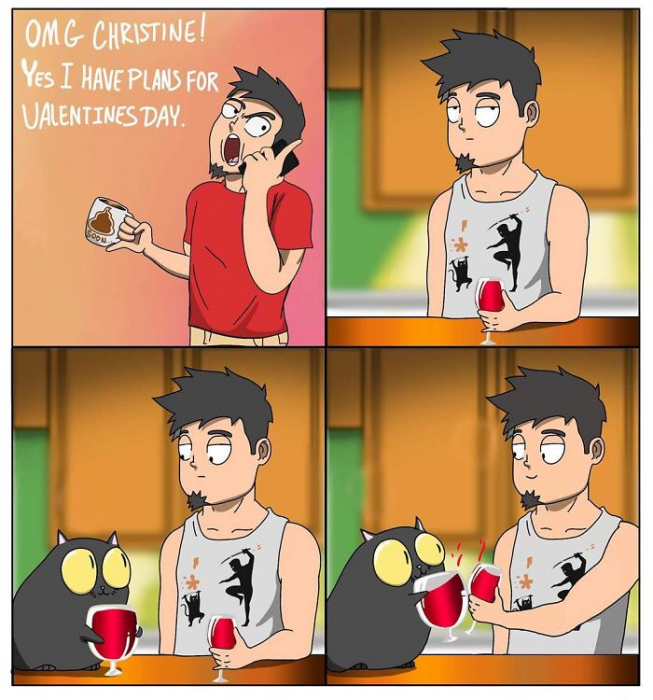 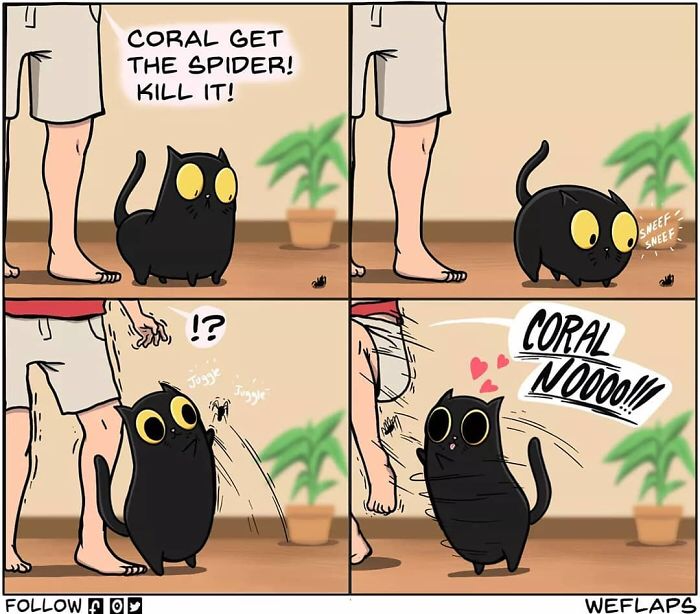 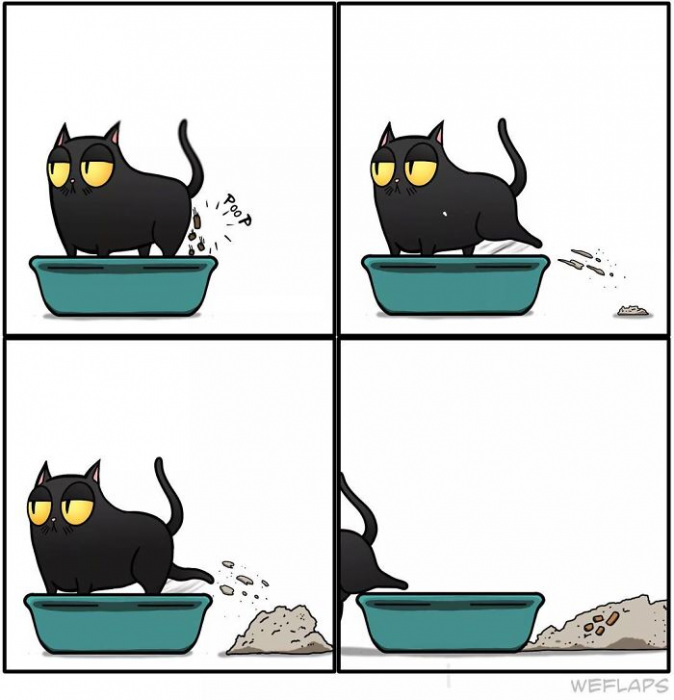 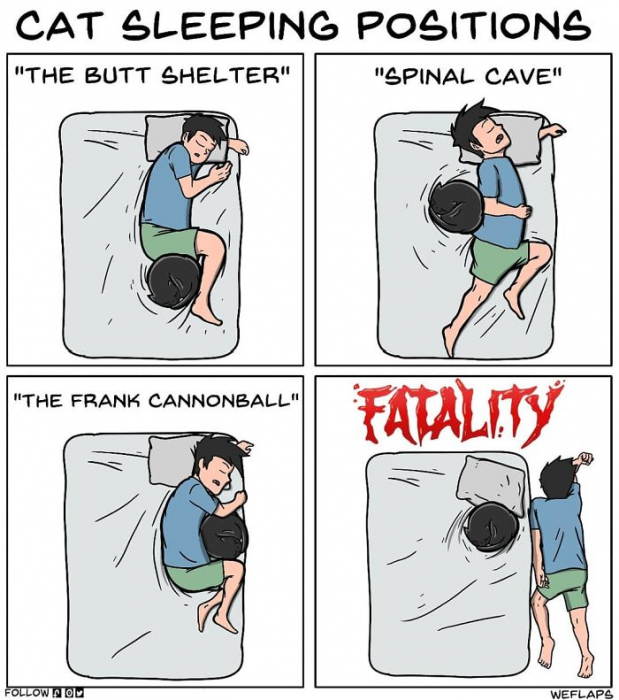 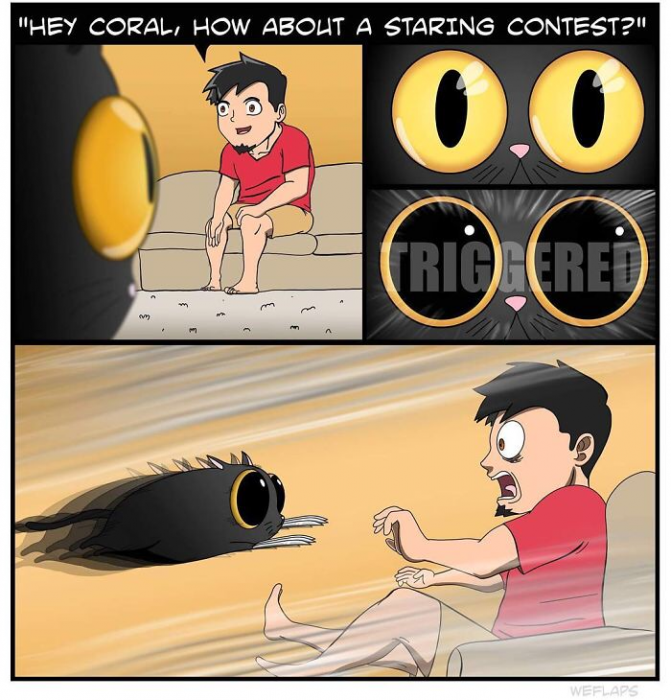 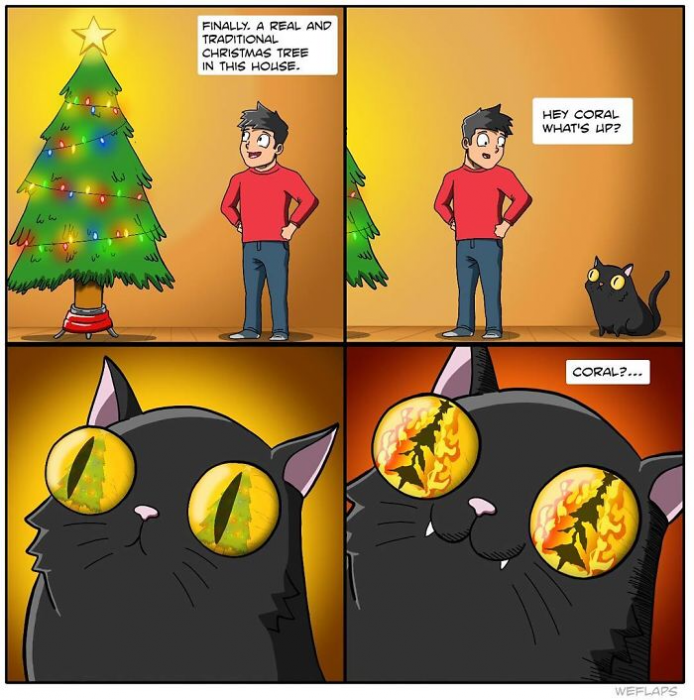 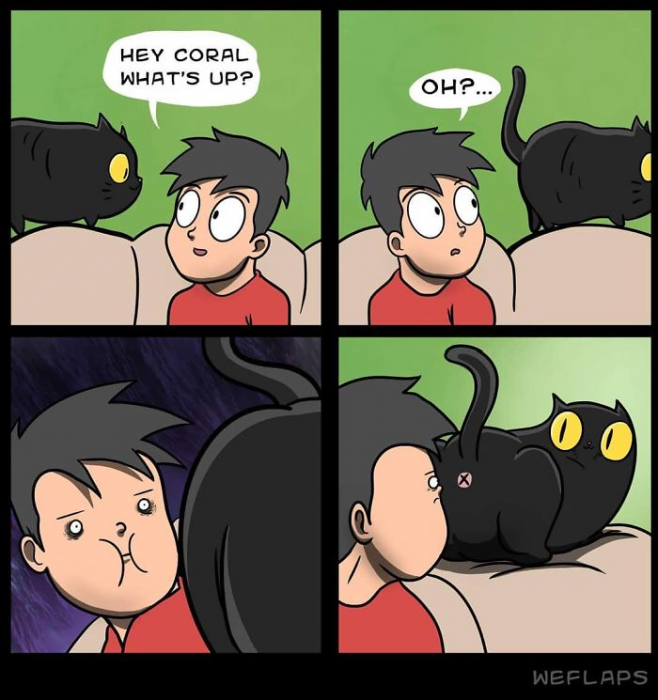 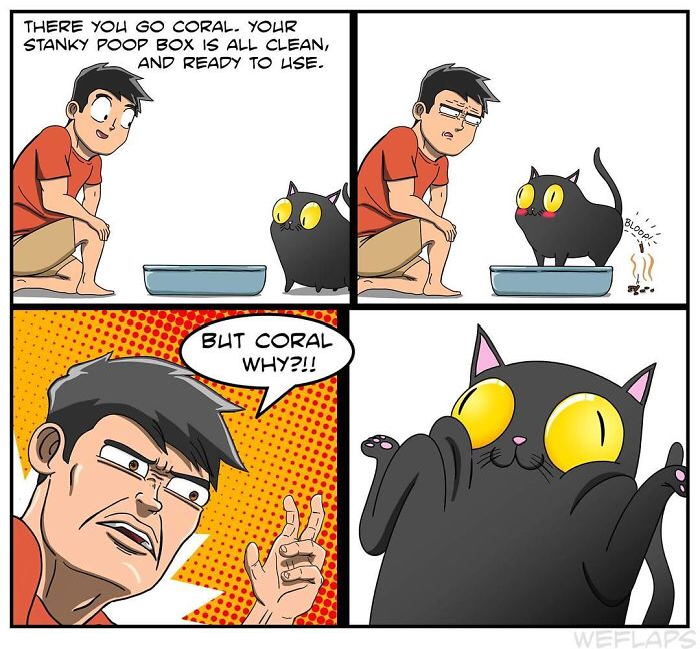 New Type Of Mannequin Has Been Created To Show That Beauty Has No Limits.

Artist Illustrates How He Met, Fell In Love And Married The Love Of His Life.

College Mascots: 9 Interesting Facts You Should Know About Them

This Ukrainian Artist Gives A Modern Twist To Disney Characters And...

These Comics On Societal Issues Will Hurt Your Sentiments