We all love Chief Hopper from our favorite television series of Stranger Things. He is very famous for fulfilling wishes of his fans as promised including one of his girl fans who wished to be with him in her senior year photographs. But this seems to have given the rest out there a lot of speculations and ideas.

David Harbor, the actor from Stranger Things, agreed to be with his fans by putting a Twitter challenge. He promised if the tweet was retweeted twenty-five thousand times, he’ll meet her up for the photographs.

And guess what? That happened in almost no time. This was a lesson that he had to learn but we believe, he didn’t, yet. Guess he is trying to raise the bar higher. 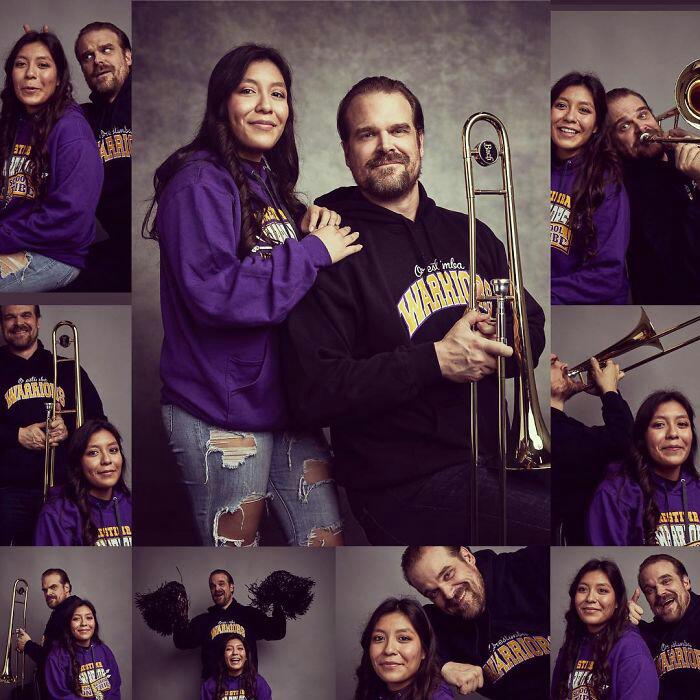 So there is now another wish he has been posted to. A girl named Ericka Millholland, shot him out by tweeting, “What would it take to get @DavidKHarbour to be the Officiant at my wedding in September?!”, the actor had a very big number in his mind.

He was looking for a tongue-in-cheek deal with the challenge. “125k tweets, Provided date works with s3 shooting schedule, I will get ordained and perform the ceremony.  I get to read an esteemed love letter of my choosing, and after the cake is officially cut, I get the very first piece”, he said on Twitter. 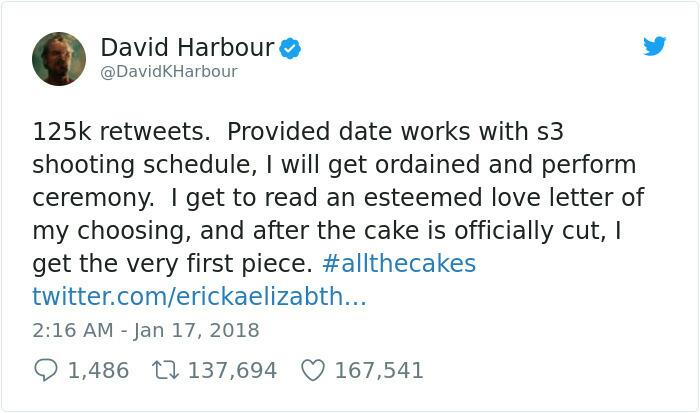 And we all are familiar with the power of the internet, and as we predicted, the number was reached in no time once again. Here is how David Harbor expressed his reaction, “Dammit. Not even 24 hours. You’re kidding me. @ErickaElizabth DM me please to get the ball rolling. I’m making it seriously hard next time, internet, this is not over between us…” And, the girl will be getting married and tie knots in the month of September, with the ceremony performed by Jim Hopper as promised. Isn’t it amazing right? 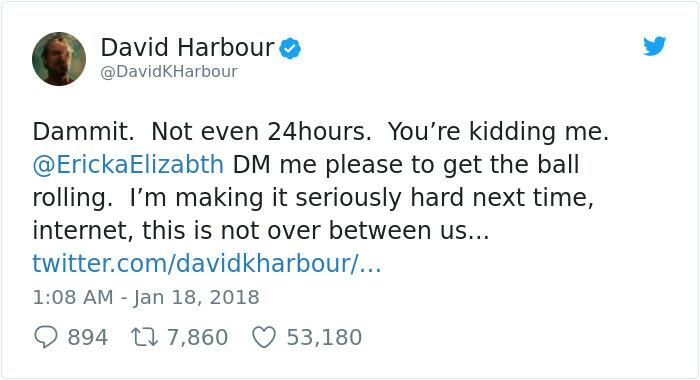 He might be surprised over the fact that all his challenges are being easily met by the Twitter crowd, but we are not all surprised. David Harbor is charming and affable and has a huge popularity since Stranger Things has aired on the television. He has a nice guy persona and the interaction with his fans have made him our favorite. He is a huge hit on the internet and it appears not to be his last time.

Here’s how people reacted and how happy they were for the girl.

We all love him and how down to earth he is!

It wouldn’t have been possible without them.