Sarcasm.co
Home Celebrity Joaquin Phoenix’s Brilliant Response to His Victory as The Best Actor at...

Joaquin’s speech at the Oscars is the new hit post of his Film Joker. Here’s a glimpse of it. 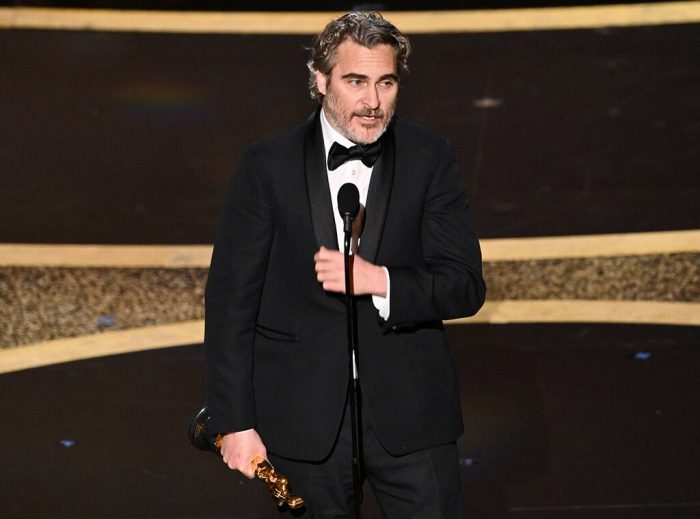 He started his speech with gratitude. He said-

“I’m full of so much gratitude now. I do not feel elevated above any of my fellow nominees or anyone in this room, because we share the same love – that’s the love of film. And this form of expression has given me the most extraordinary life. I don’t know where I’d be without it.But I think the greatest gift that it’s given me, and many people in [this industry] are the opportunity to use our voice for the voiceless. I’ve been thinking about some of the distressing issues that we’ve been facing collectively. I think at times we feel or are made to feel that we champion different causes. But for me, I see the commonality. 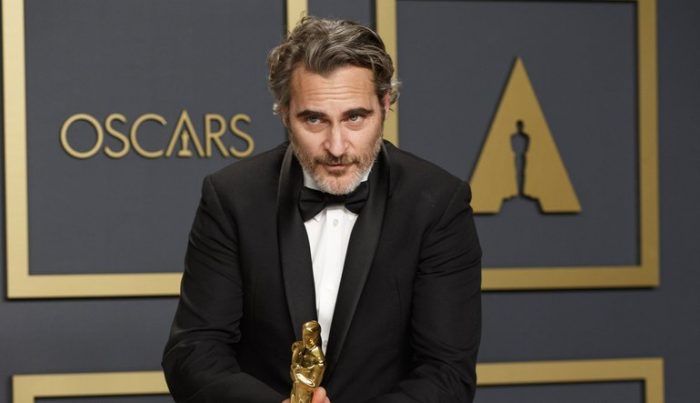 I think, whether we’re talking about gender inequality or racism or queer rights or indigenous rights or animal rights, we’re talking about the fight against injustice. We’re talking about the fight against the belief that one nation, one people, one race, one gender, one species, has the right to dominate, use and control another with impunity. I think we’ve become very disconnected from the natural world. Many of us are guilty of an egocentric world view, and we believe that we’re the center of the universe. We go into the natural world and we plunder it for its resources. We feel entitled to artificially inseminate a cow and steal her baby, even though her cries of anguish are unmistakable. Then we take her milk that’s intended for her calf and we put it in our coffee and our cereal. We fear the idea of personal change because we think we need to sacrifice something; to give something up. 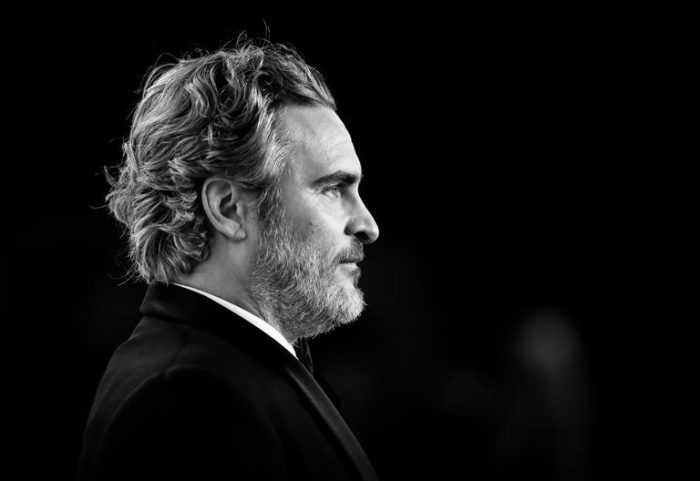 But human beings at our best are so creative and inventive, and we can create, develop and implement systems of change that are beneficial to all sentient beings and the environment. I have been a scoundrel all my life, I’ve been selfish. I’ve been cruel at times, hard to work with, and I’m grateful that so many of you in this room have given me a second chance. I think that’s when we’re at our best: when we support each other. Not when we cancel each other out for our past mistakes, but when we help each other to grow. When we educate each other; when we guide each other to redemption.When he was 17, my brother wrote this lyric. He said: “run to the rescue with love and peace will follow.”

Nina Dobrev And Paul Wesley Hated Each Other On The Vampire...

These Once Famous Stars Have Now Completely Disappeared From The Industry!