Sarcasm.co
Home Crazy This Is How You Should Be Responding When You Receive A Text...

You cannot just stop feeling for a person when you say it’s over. It takes a lot more time than you imagine to process the situation and get over it. Within this time period, people get desperate to take back things to how they were and realise their mistake. Hence, the text from your ex or sometimes you are the one sending it. 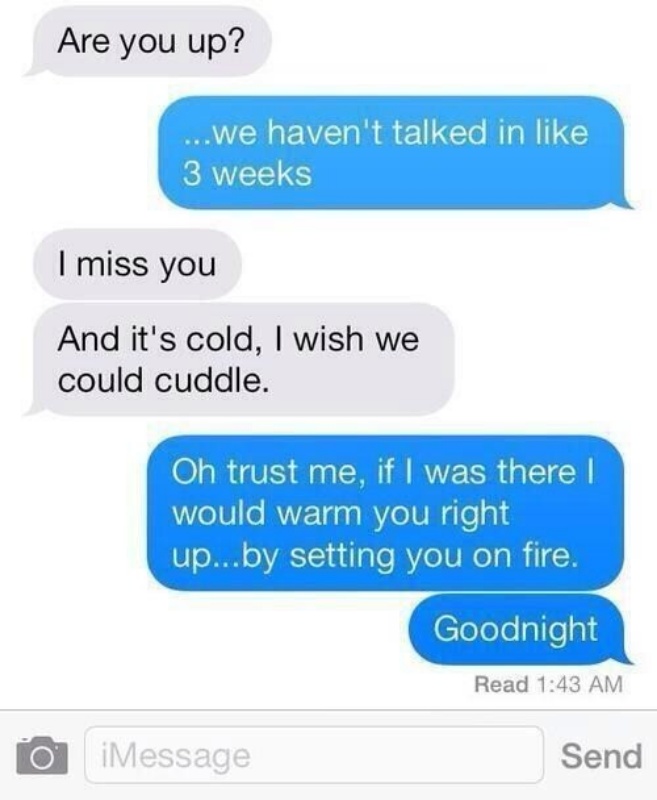 When your ex does something really bad and you cannot let go of the grudge this is how your response should be when you get a text.

2. Getting over is not easy 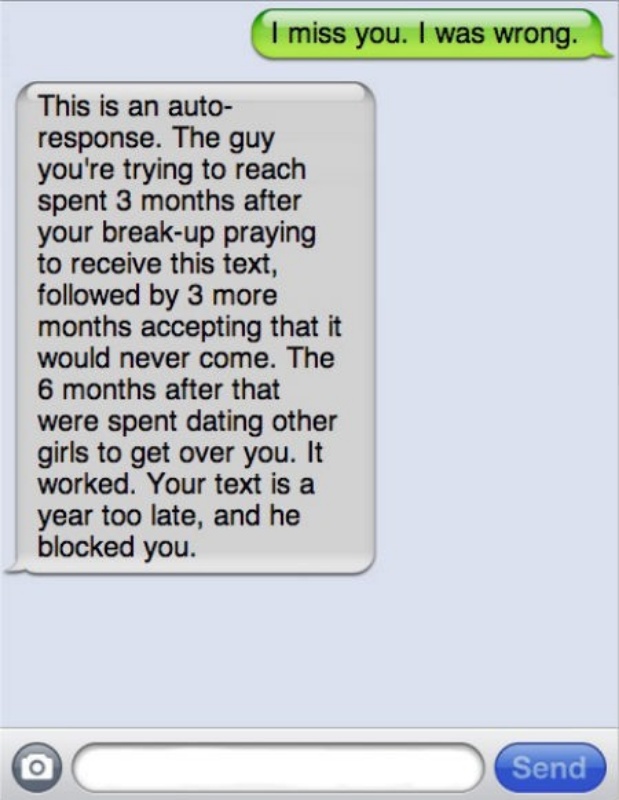 Once you do, make sure you do not fall in the same pit again. 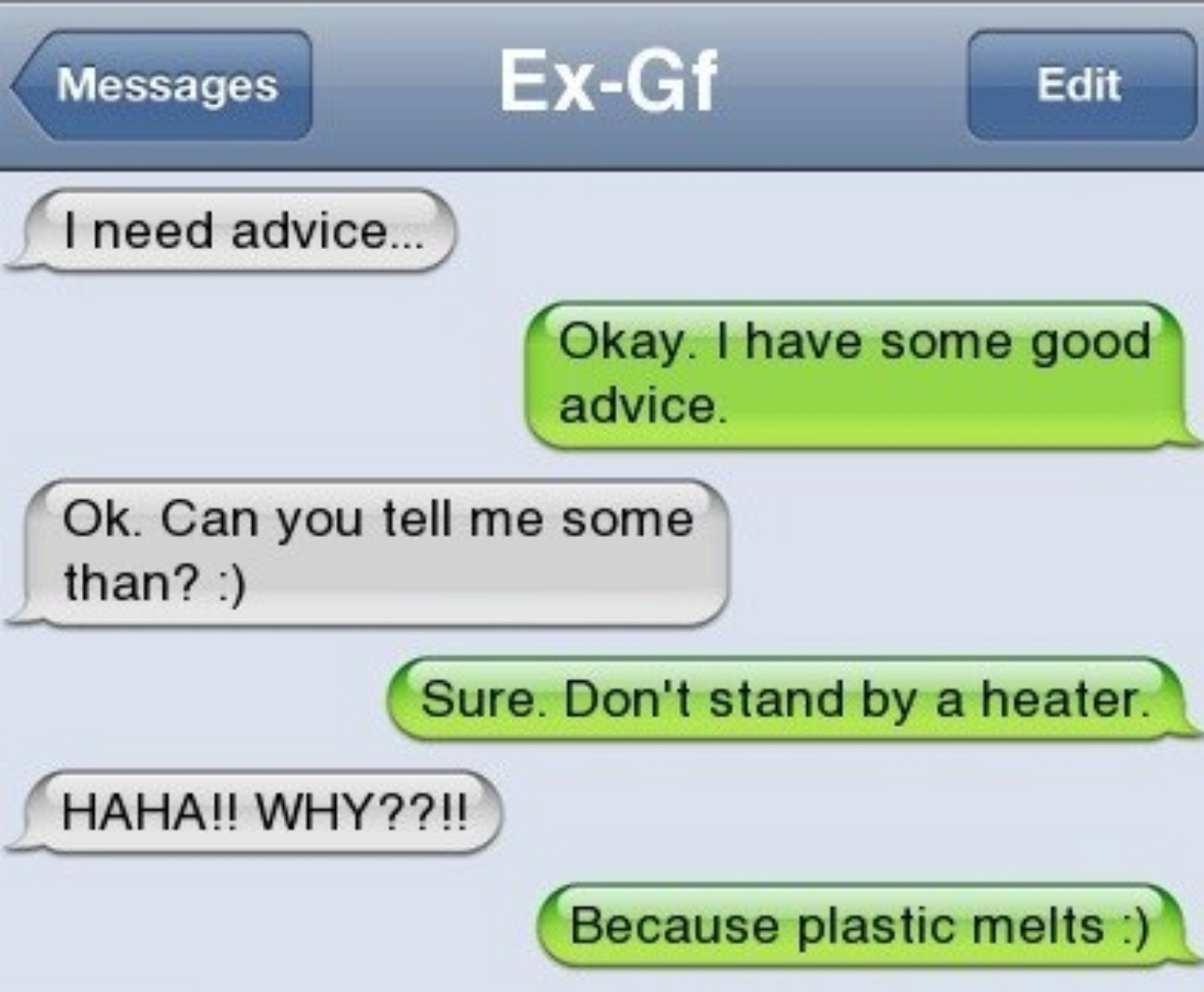 Breaking up with a sarcastic boyfriend can be really tough.

4. No one messes with her 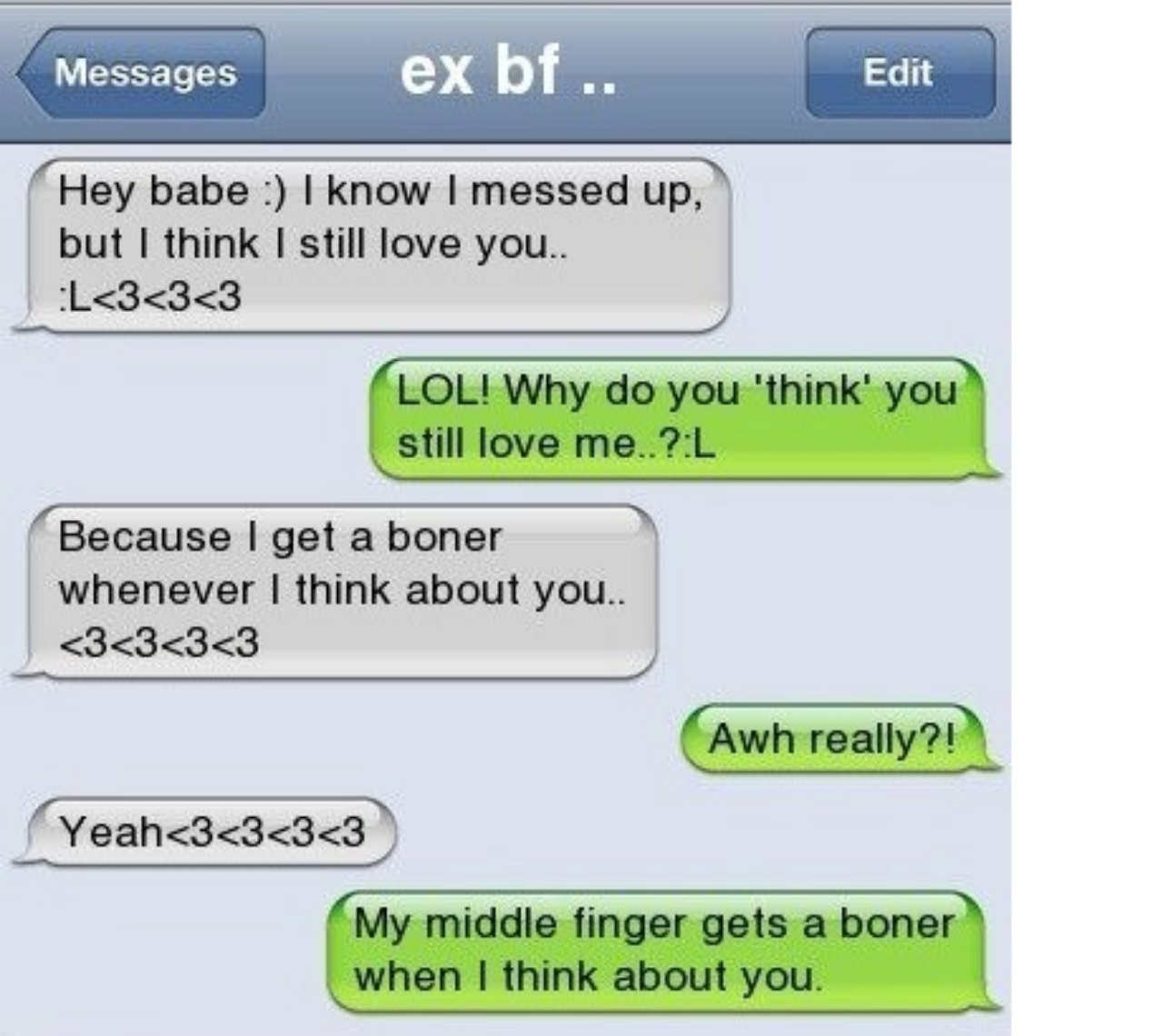 She knows how to handle someone who disrespects her. And she is not letting them go without an answer. 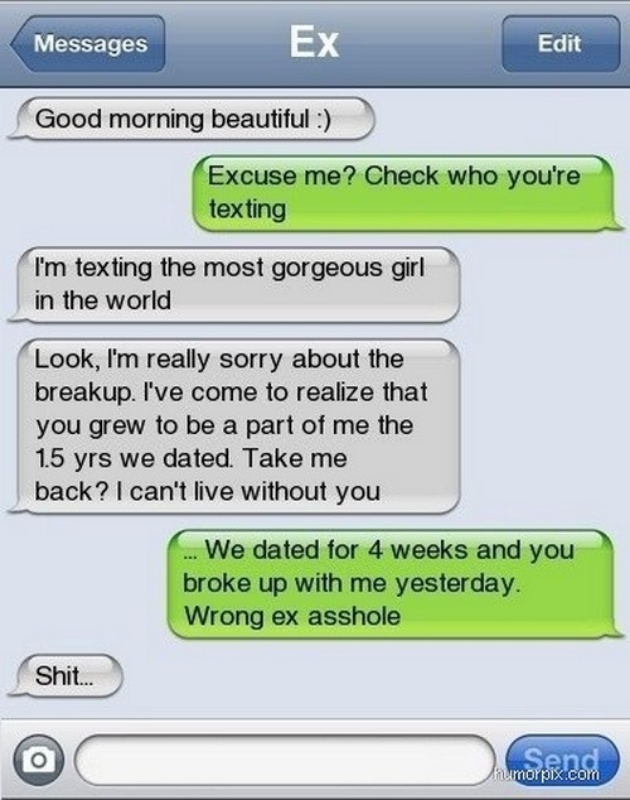 When he has nowhere else to go, he tries to pave his way to his exes. Unfortunately, he cannot keep a count of how many exes he had.

6. Don’t be too confident 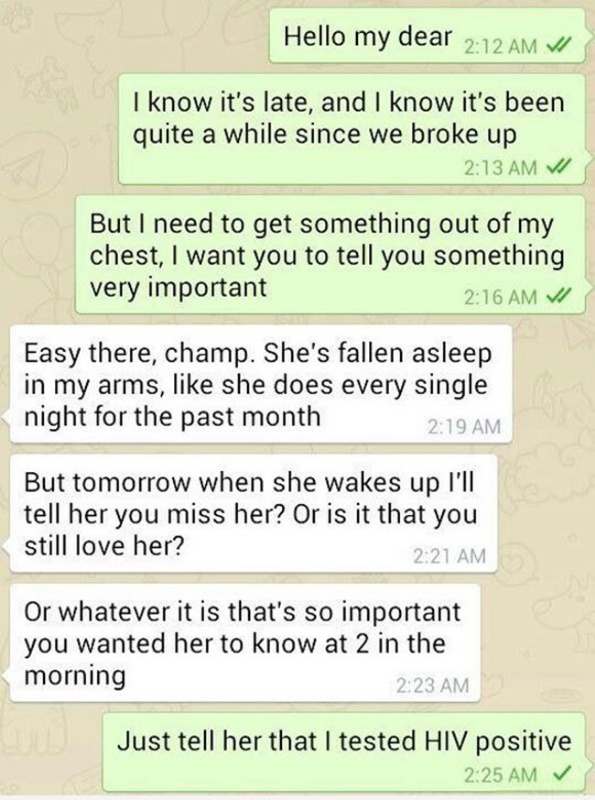 I just want to know the next part of the story.

7. Don’t play the song game with her 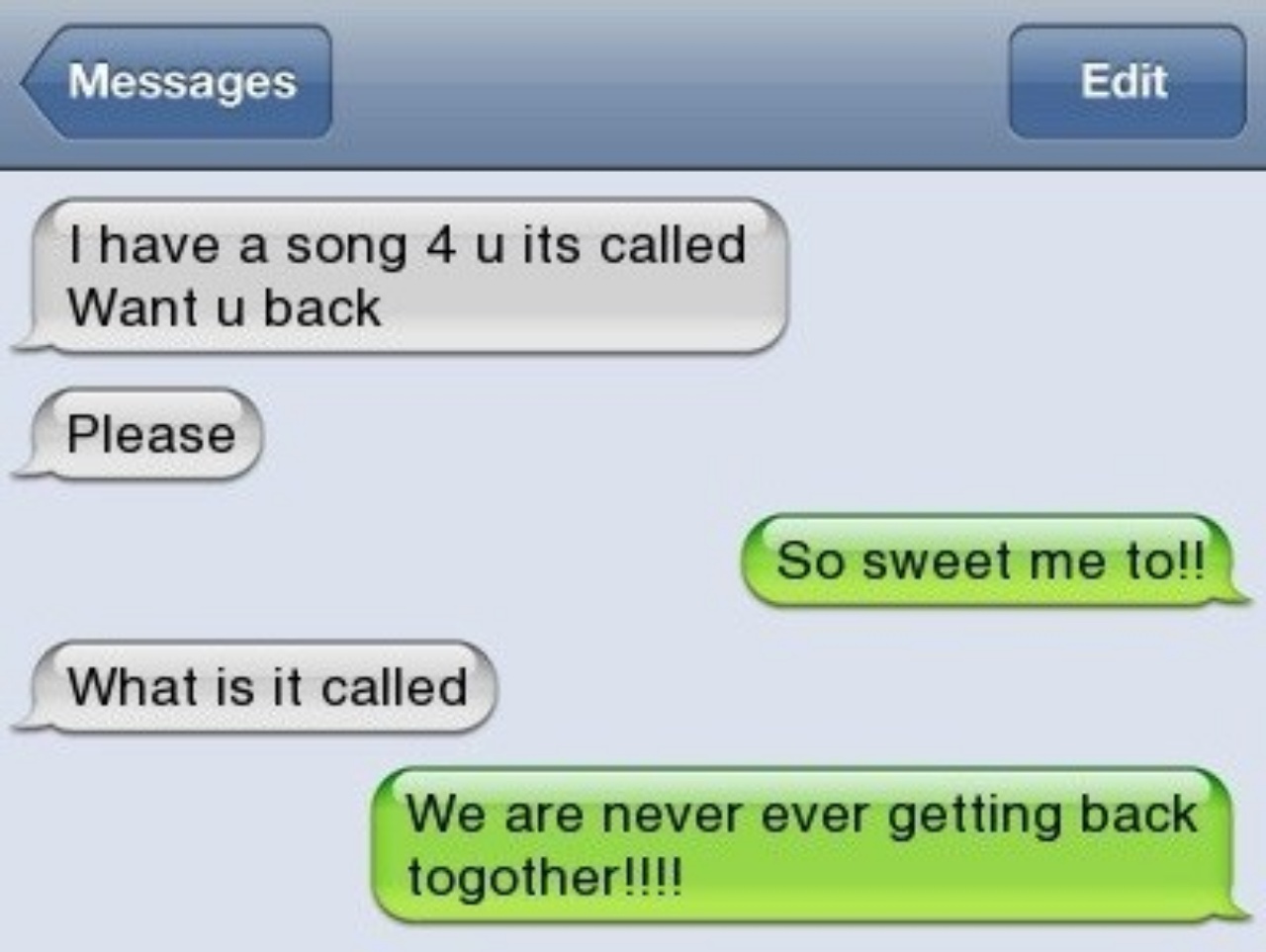 She will rather teach you how to play it.

8. Never forget your stuff at your ex-girlfriend’s house 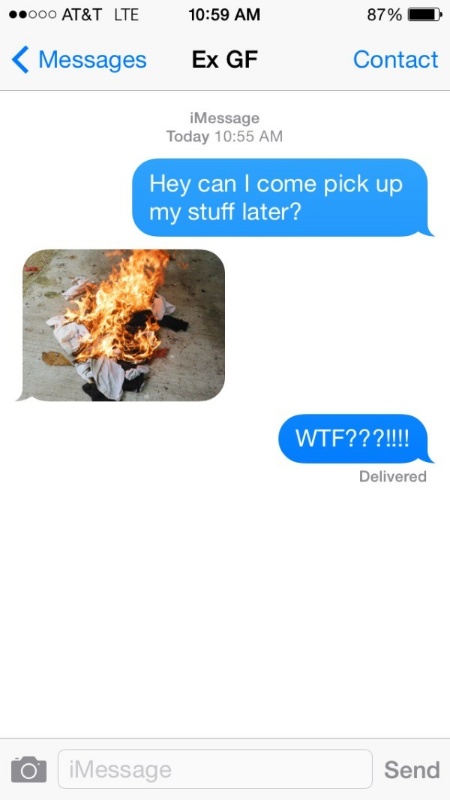 She is furious after a breakup and obviously, your stuff is not safe with her. 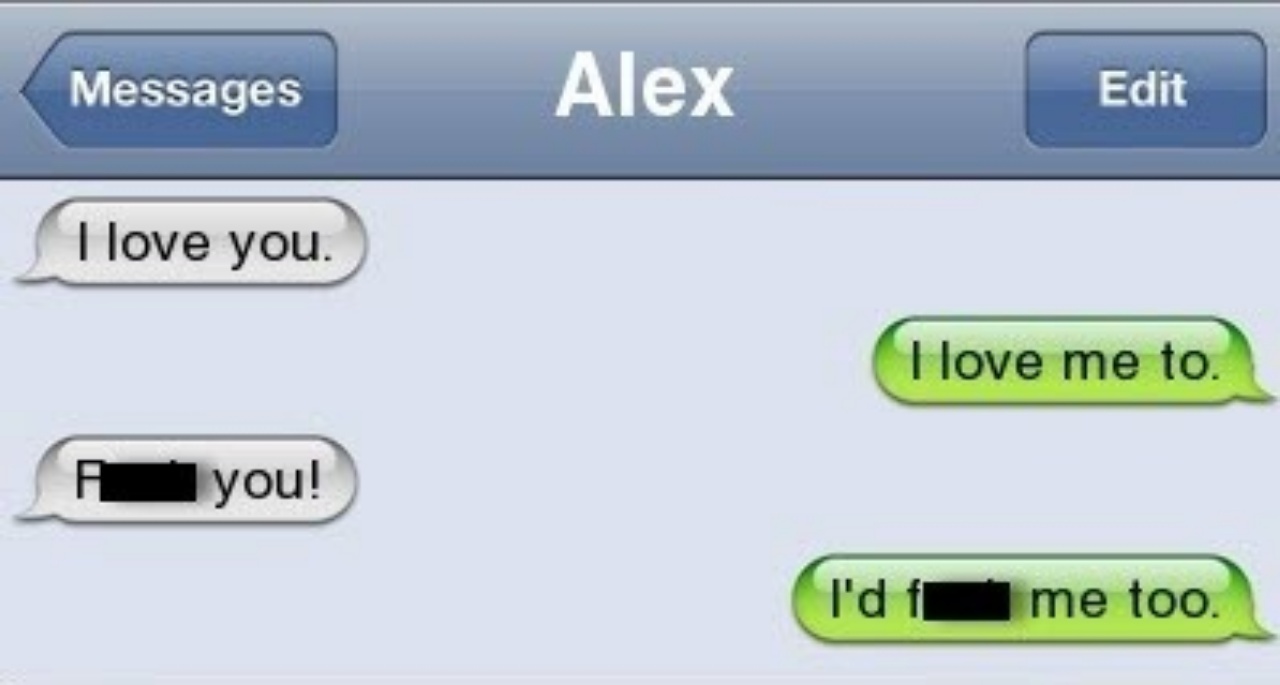 When someone decides to stop loving you it’s better to give the love to yourself rather than waiting upon others for appreciation.

10. Be careful on April fool’s day 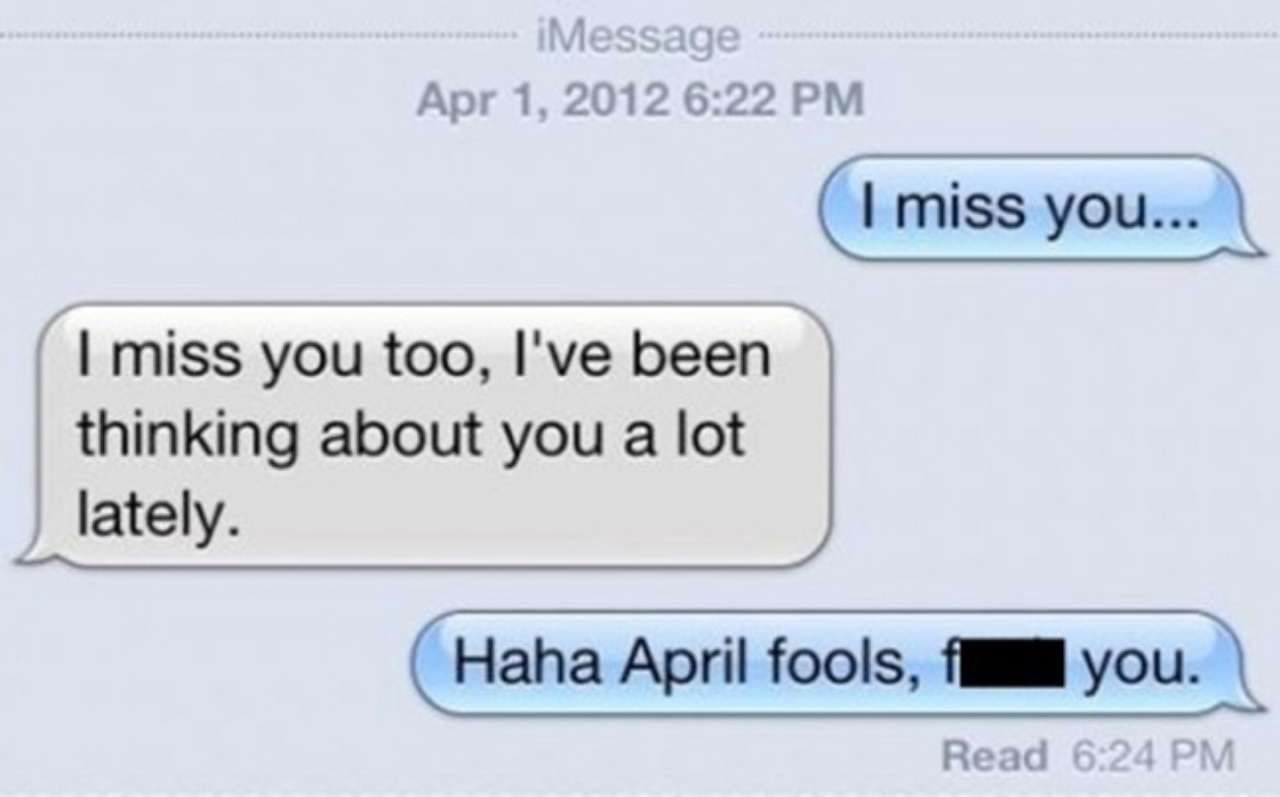 If your ex is texting you on 1st April just be sure the person is not serious.

11. The name you save your lover’s number with is always an emotion 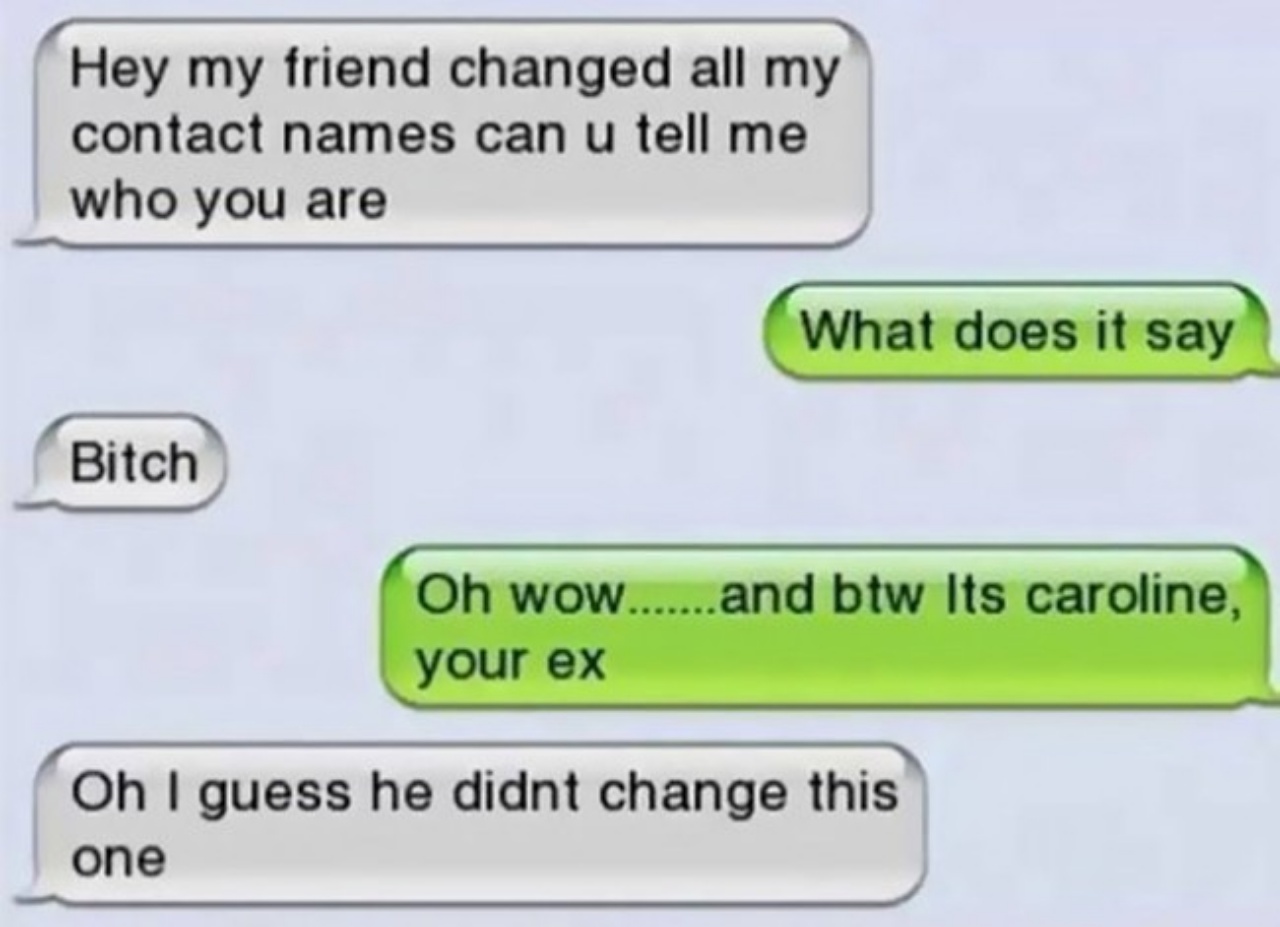 Even after a breakup, that fact doesn’t change. Losing your contacts can be really difficult sometimes.

12. She could have thought of some other present 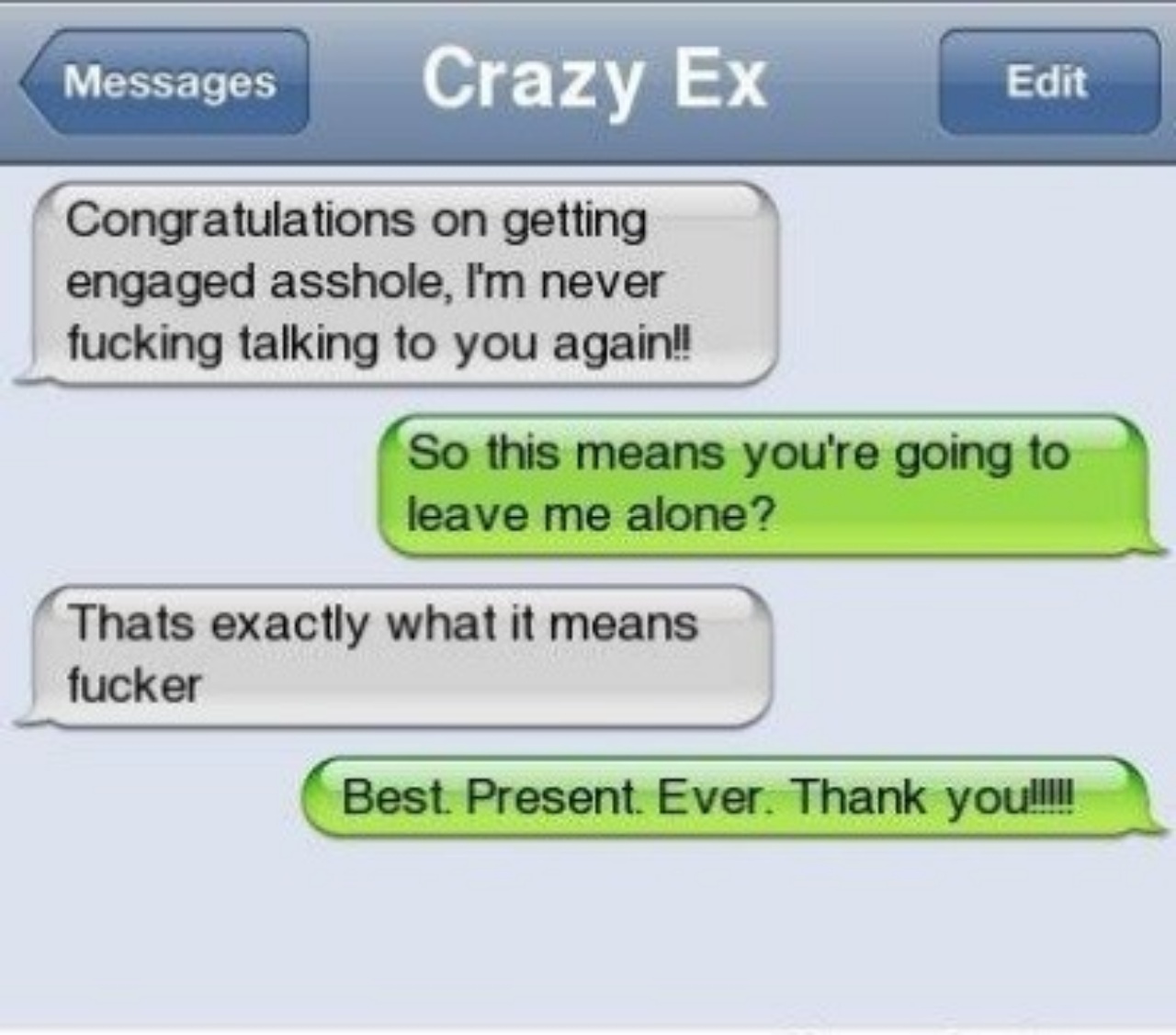 Because her ex really liked this one. The text was supposed to make him realise what he is going to lose. But seems like he has moved on.

Cyborg Believes Himself To Be A Time Traveller From 2050, Says...