Sarcasm.co
Home WOW This Woman Performed A Surgery On A Monarch Butterfly And The Result...

Who doesn’t love butterflies? But, honestly, I really envy the people who can catch one. But, no matter how hard you try, sometimes, these little fellas enjoy being the center of attraction and almost let you get a hold of them. But this woman, not only got a chance to catch a monarch butterfly but performed a surgery on the little fella.

If you love a pretty monarchy butterfly then you will definitely love what happened after this woman performed a surgery on the little fella!

Well, depending what time of year they’re born, Monarch butterflies can live from 2 weeks to about 5 months, but this guy’s time was threatened to be cut even shorter.

But, looks like she didn’t need to catch him after all. Romy McCloskey had accidentally taken in three caterpillars. She soon grew fond of them and took care of the little guys who were on their journey to become a beautiful butterfly. But as soon as they turned, one of her darling little fellas got his wing injured. 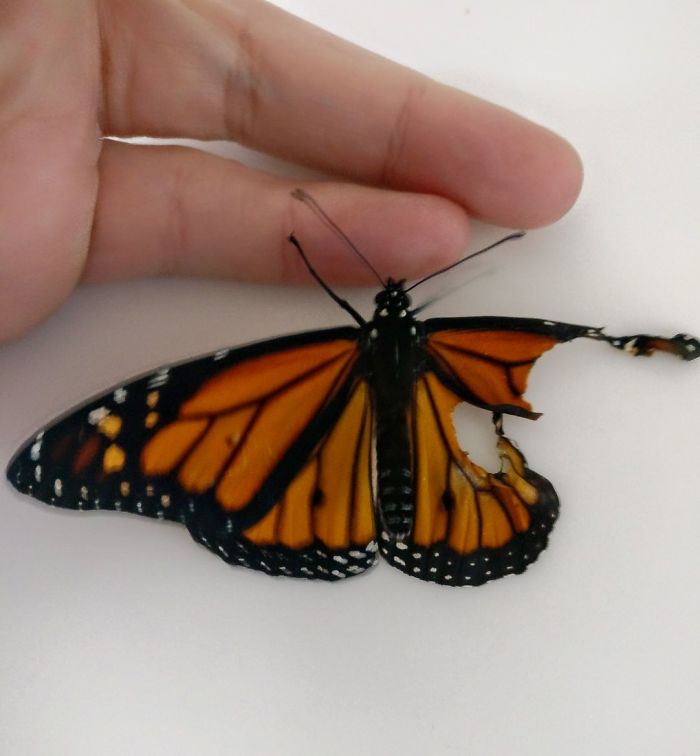 Romy knew that she definitely had to do something to help this little guy out. So, she decided to perform a wing surgery on the guy and got going. 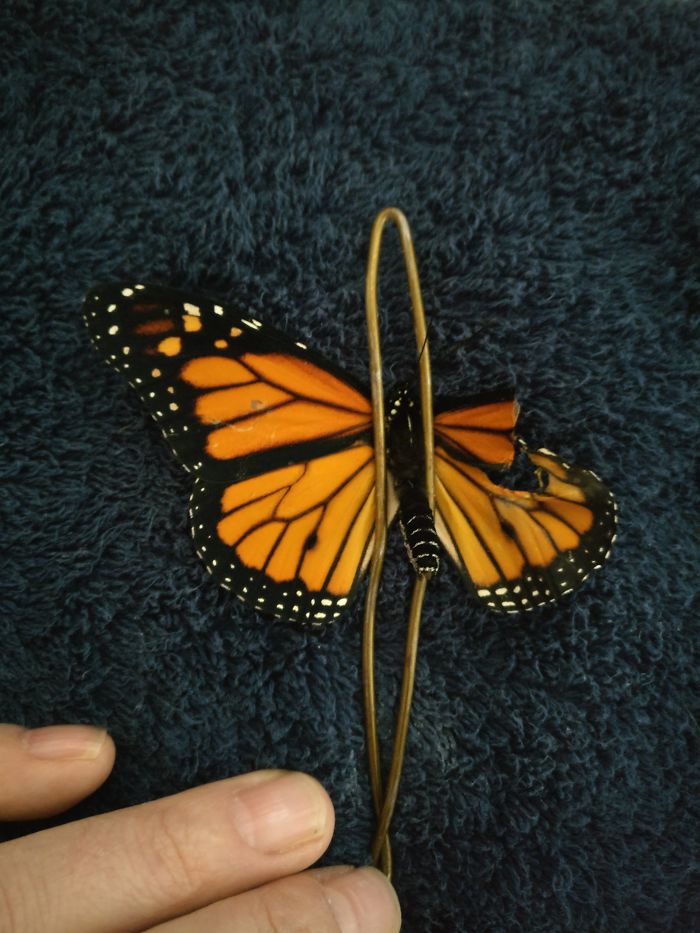 But, this job was not at all easy, though these guys do not have any pain receptors on their wings, keeping the little guy stable and steady was going to be one hell of a job. 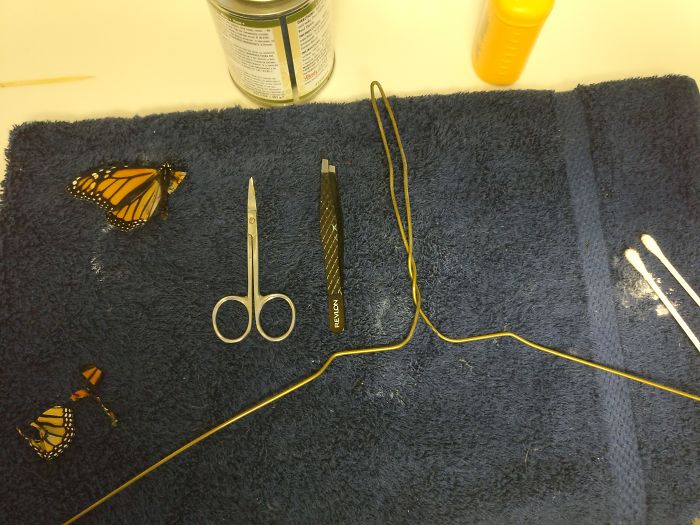 She decided to get the job done nevertheless. Romy McCloskey is a professional costume designer and master hand embroiderer, so this was right up her alley. Her supplies included a towel, a wire hanger, contact cement, a toothpick, a cotton swab, scissors, tweezers, talc powder, and an extra butterfly wing from one of her little girls that died a few days before. 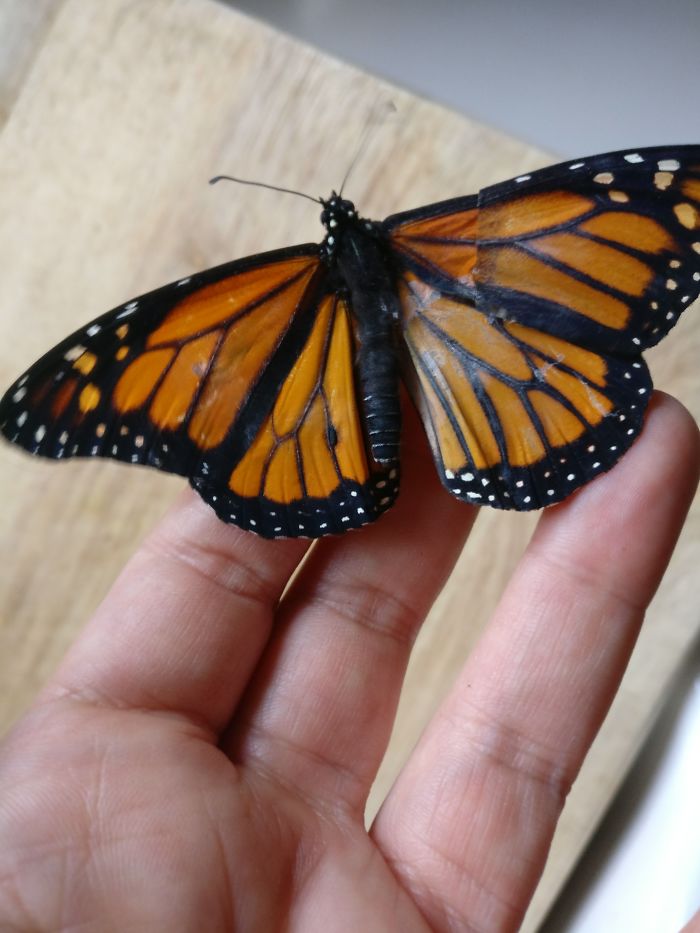 Well, she further clarified, that the injury that the little guy sustained occurred during his metamorphosis. He was not contracted with any genetic deformity due to the Ophryocystis elektroscirrha (OE) parasite that fatally infects Monarchs. 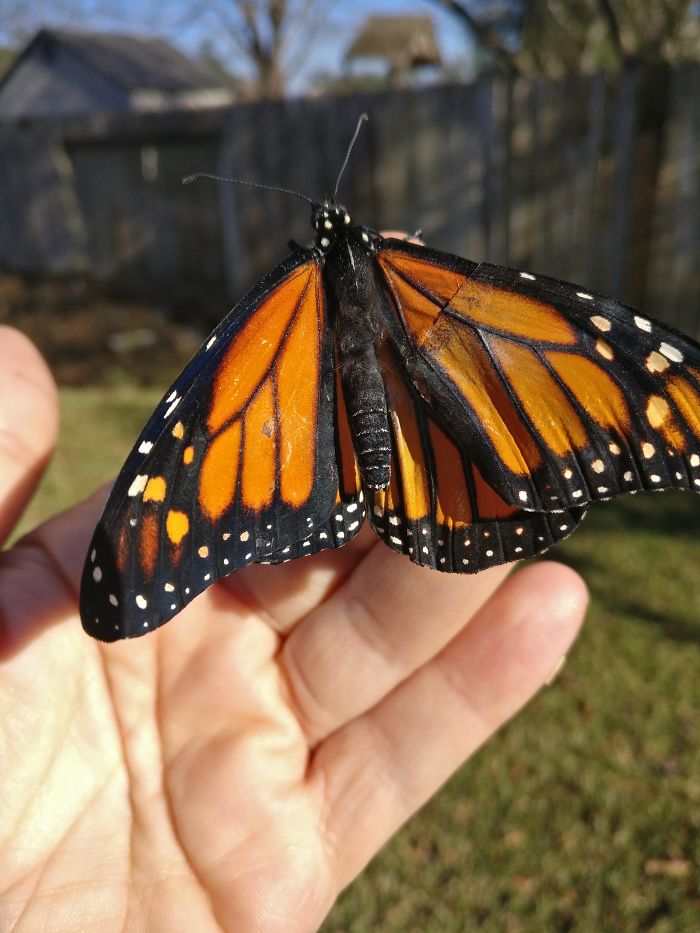 With a little patience and super steady hands she was able to fix the guy in no time! 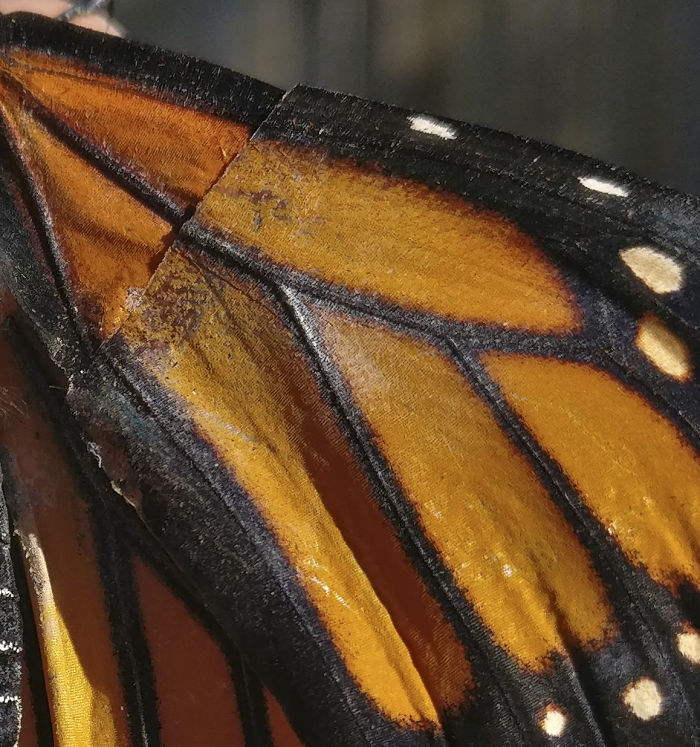 Though the black lines do not match completely and it is missing the black dot (male marking) on the lower right wing, but with luck, he will fly! 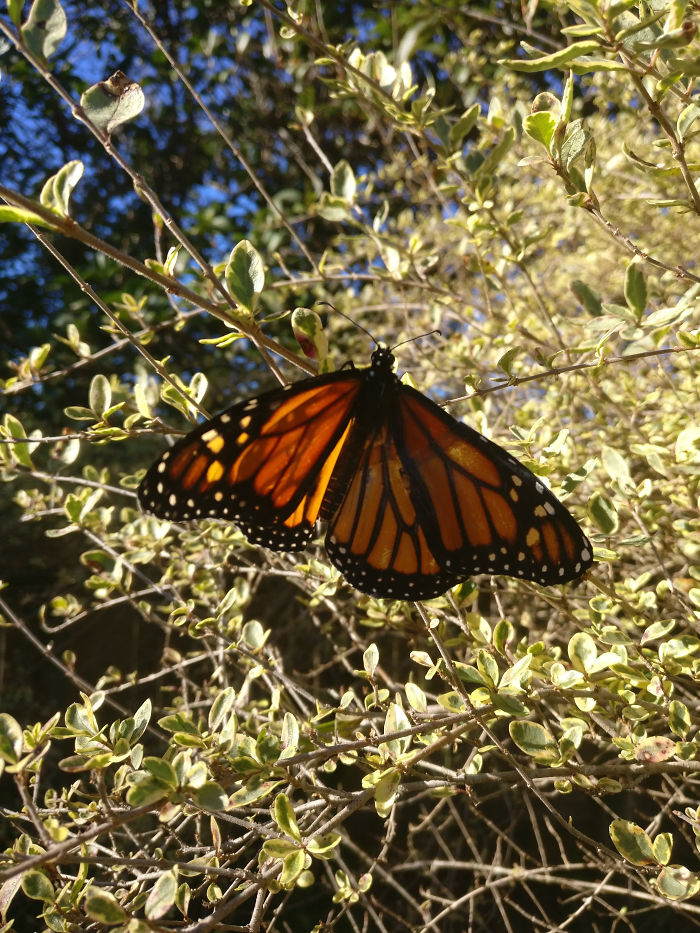 Well, the outcome of the surgery was definitely awesome, he was flying to his heart’s content!

read also: The Story Of Karma Justifyingly Came Real For These 12 People.

16 People Share The Most Courageous Thing They’ve Done For Love!