Sarcasm.co
Home Humor Final Destination Memes That Remind Us Why We Don’t Drive Behind Log...

Final Destination was one of the most epic movies to have ever released on the planet. The movie franchise was so amazing it hit box offices and even after that is one of the most watched movies. The action thriller had a great story of Alex, who somehow gets a vision that the plane in which they were going to travel was gonna crash. He saves everyone on that basis but later on, everyone started dying in mysterious ways over the course of different parts of the movie. There was a death that happened by a log truck releasing all its logs on a car behind it and bam. Death! People are sharing all sorts of memes and stories related to Final Destination that prove it made people aware of not driving behind log trucks.

Let’s take a look at some memes that remind us why:

The scariest scene of Final Destination is unforgettable. 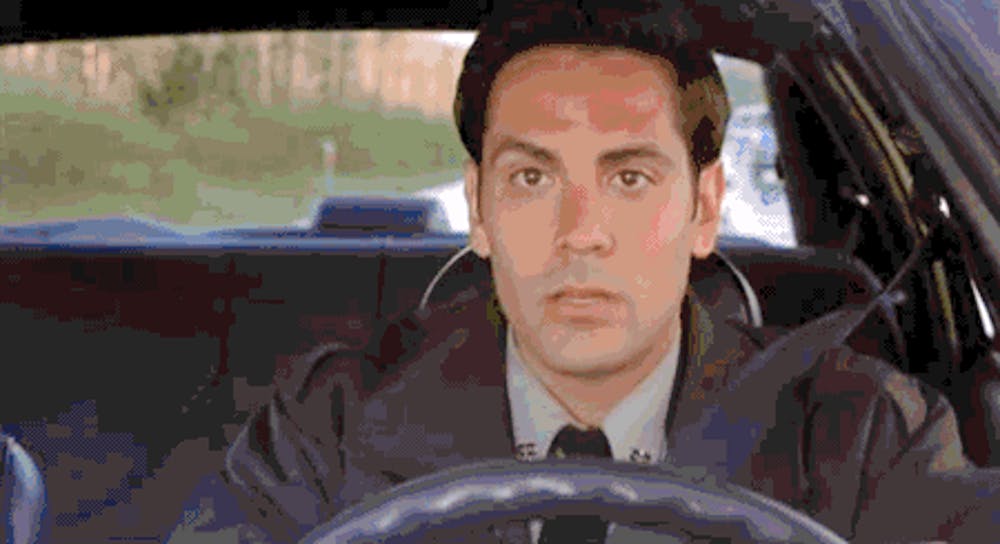 Even if you haven’t seen the movies you have a rough idea of this very popular scene.

The logs fell off from the truck in Final Destination 2 and killed the characters. 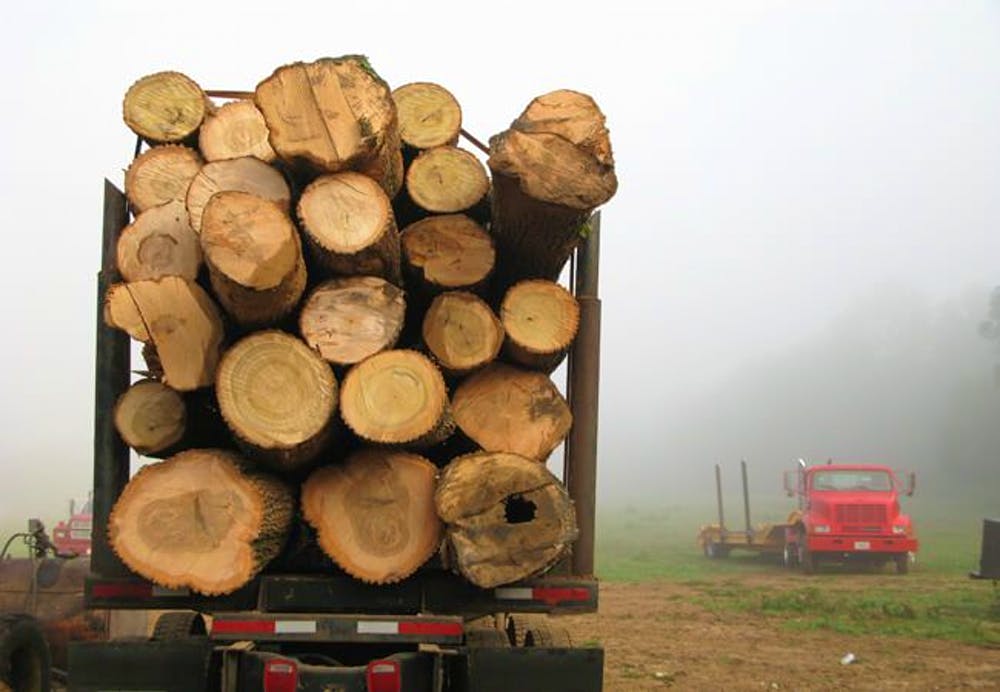 But, people learned some lessons from this.

There are so many times people encounter their ways blocked off by a huge log truck.

People got smart and don’t drive behind them now.

The Route 23 scene made such an impact that the internet has proved how many people have watched the scene from the thriller.

There are toys for the truck as well… 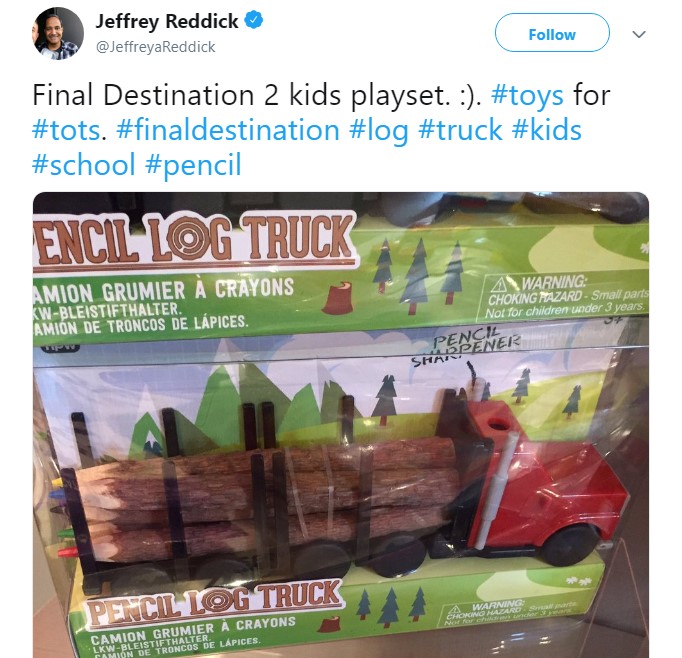 Now, I can’t figure out if this was made with the movie in mind or just a random toy, but it really teaches children the lesson. 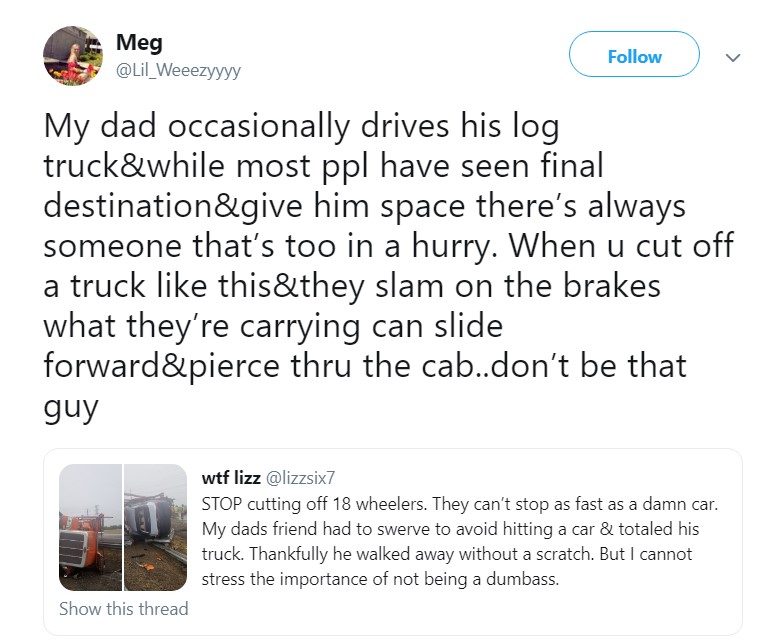 It’s not just a meme in the end, after all, its reality, and not only applies to log trucks. The movie basically taught us a really good traffic rule or precaution if you might say.

Even Jeffrey Riddick responded to this!

The creator of the franchise and commented on most of the memes that surfaced related to the scene. He really used his daily problems in an amazing way.

And all the other death methods just bring memories back.

I just don’t want to be a part of the movie in real life. 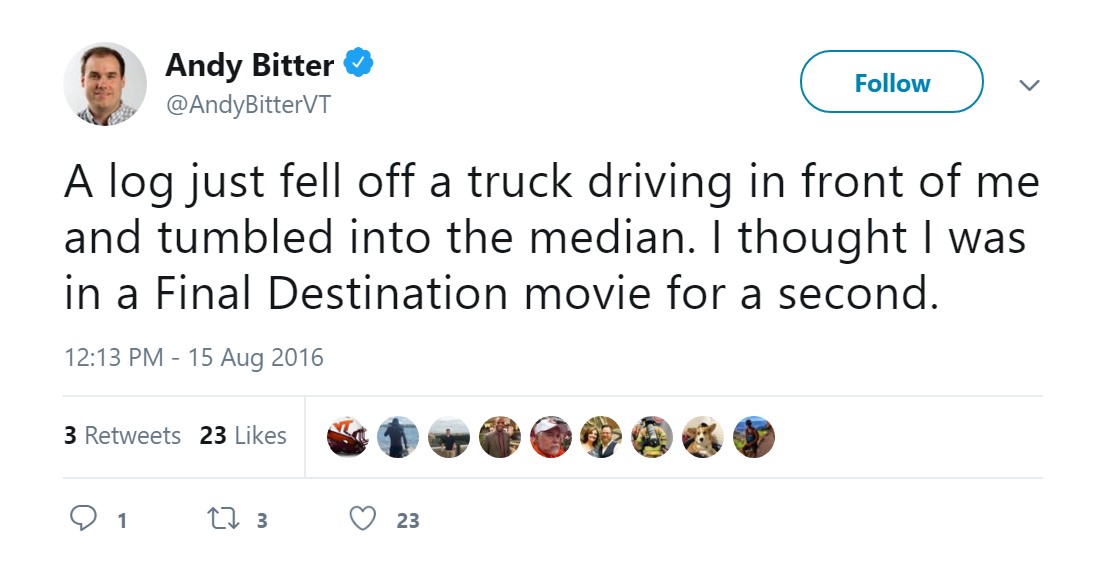 Just stay in the movies goddamnit! 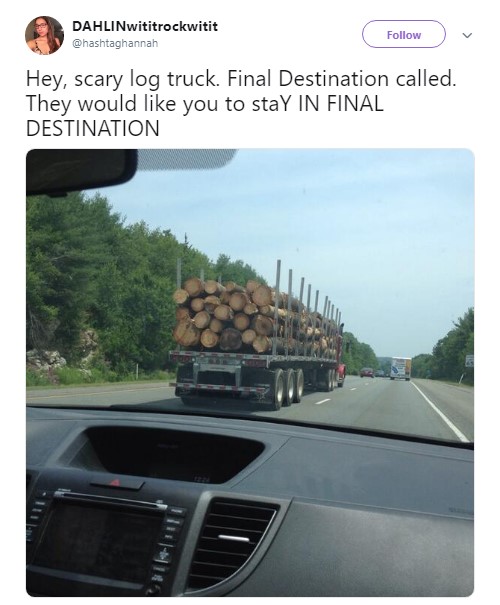 Technically, woods aren’t just gonna come to construction sites or wherever required by themselves, someone has to take the risks.

Most Relatable Memes That Will Surely Cheer You Up

5 Reasons Why We Are Scared of Marriage Or Settling Down?