Autocorrect’s principal purpose is as part of the spell checker to correct common spelling or typing errors, saving time for the user. Well, sometimes auto-correct being a program, makes mistakes and replaces words with hilarious words making the conversations go awkward as hell. Well, I have been embarrassed like a thousand times. But I still use it. I wonder why. Most of the people really hate auto-correct, and they have a reason for it. Some people accidentally spill out their secrets and some people start hooking up because of this “dang! Auto-Correct”.

Here are 16 Most Hilarious Autocorrect fails that are awkward as hell:

2. UH-Oh, a secret revealed. Dang this is the one of scariest autocorrect fails! 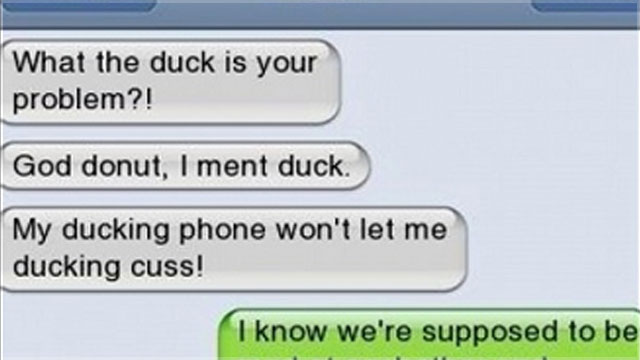 These Psycho Girlfriend Texts Are Gonna Make You Wonder Whether You...

11 Struggles Of Keeping Your Boyfriend A Secret From Your Family