As a kid I was mesmerized with movies, hell I even thought Hogwarts was real but didn’t we all? Well, what we see onscreen isn’t always true, hell, even the locations are fake, and no, people don’t actually jump off or into buildings. I can go on about it, but how about I show you these rare snapshots that will actually unveil the truth about what really goes on behind the scenes in making our favorite movies!

Want to know what really goes on behind famous movies? Have a look at these rare snapshots!

1. Those great leaps in the Guardians Of Galaxy, well, this is how they happened. Yep, Chris Patt didn’t actually jump around in planets you see. 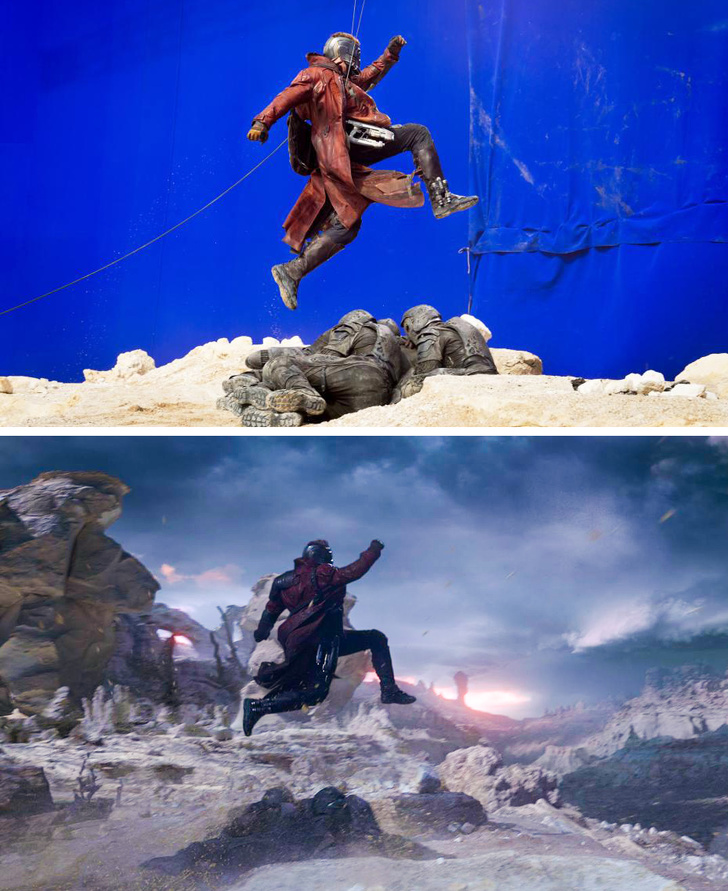 2. Robert Downey Jr. looks as stunning as ever, this is how the Iron man prep went about. 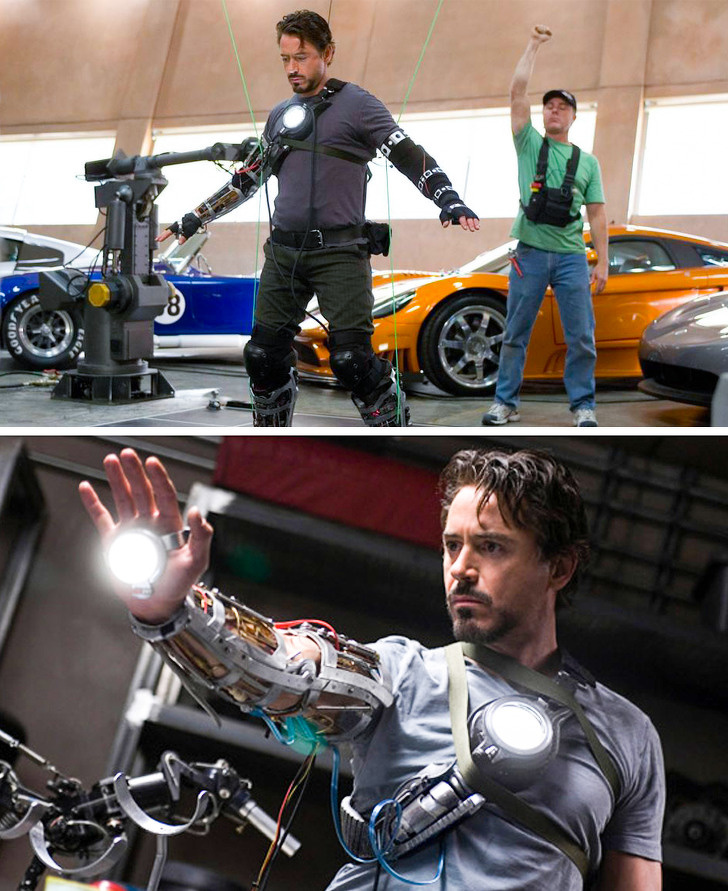 3. I’m sure you all remember the awesome movie which truly deserved an Oscar for its outstanding storytelling ability and performance, this is how the Fishman was made. 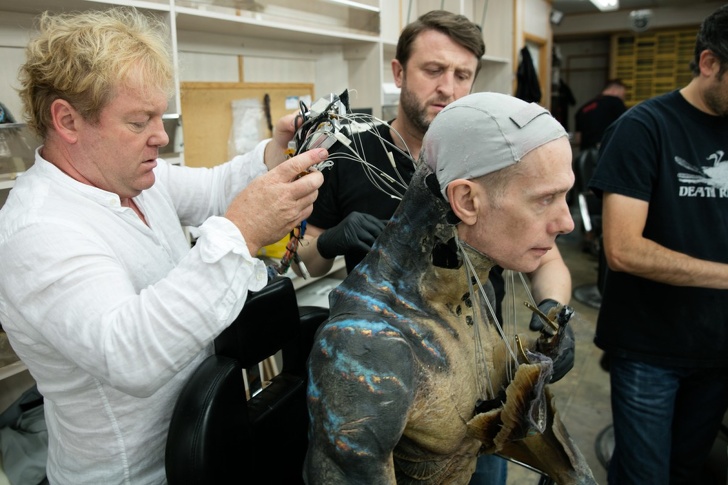 4. Scarlett Johansson and Jeremy Renner shooting a fight scene in Captain America: Civil War. No, it wasn’t shot in some airport as you thought it was. 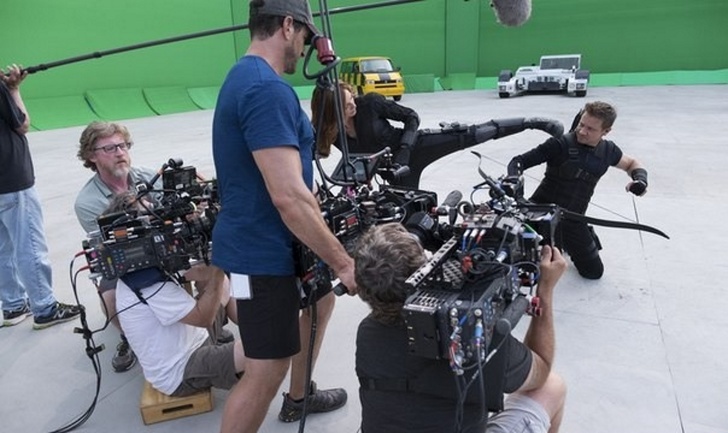 5. This gave me the real creeps in the movie. Remember those cringy scars on Michael B. Jordan’s body? This is how they were actually made. 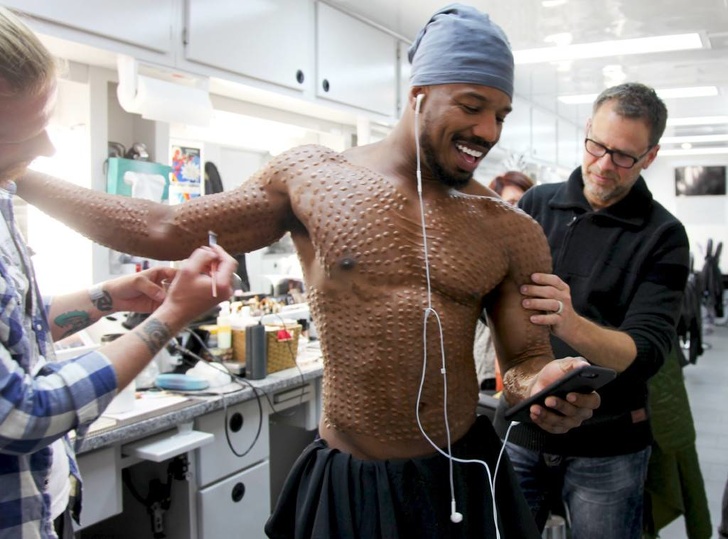 6. Gamora chilling with daddy Thanos, yep, that is the actor had to dress up to play Thanos. 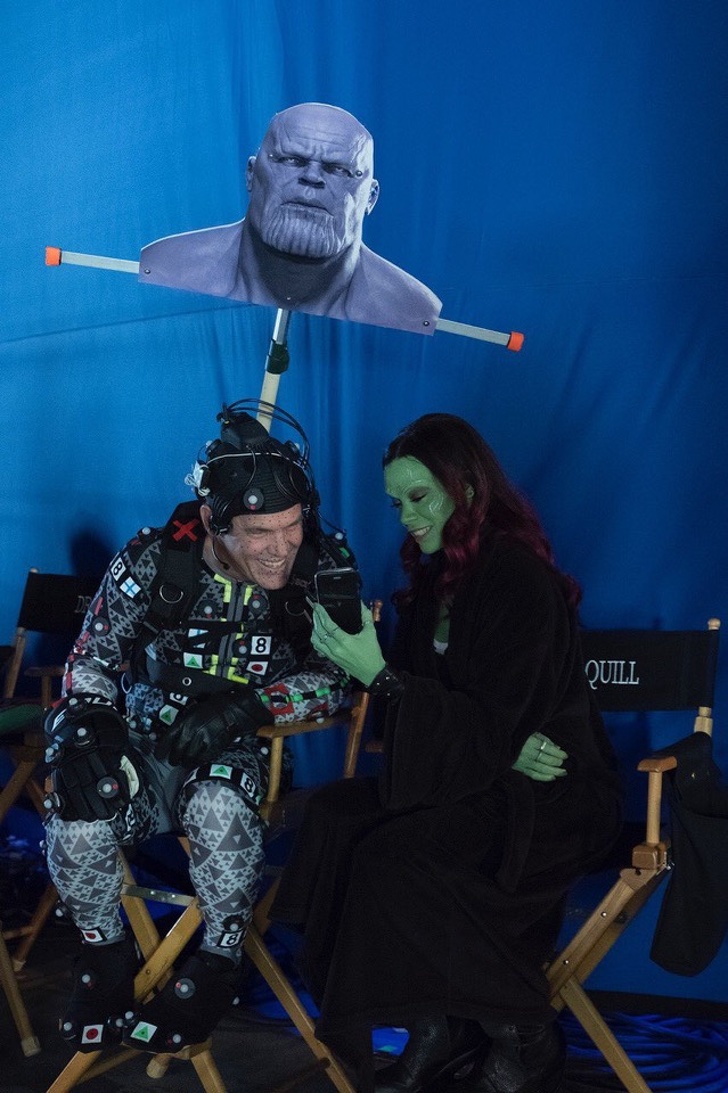 7. Remember the Justice League? This is how the fighting scenes were shot in real, it looks so different without the visual effects doesn’t it? 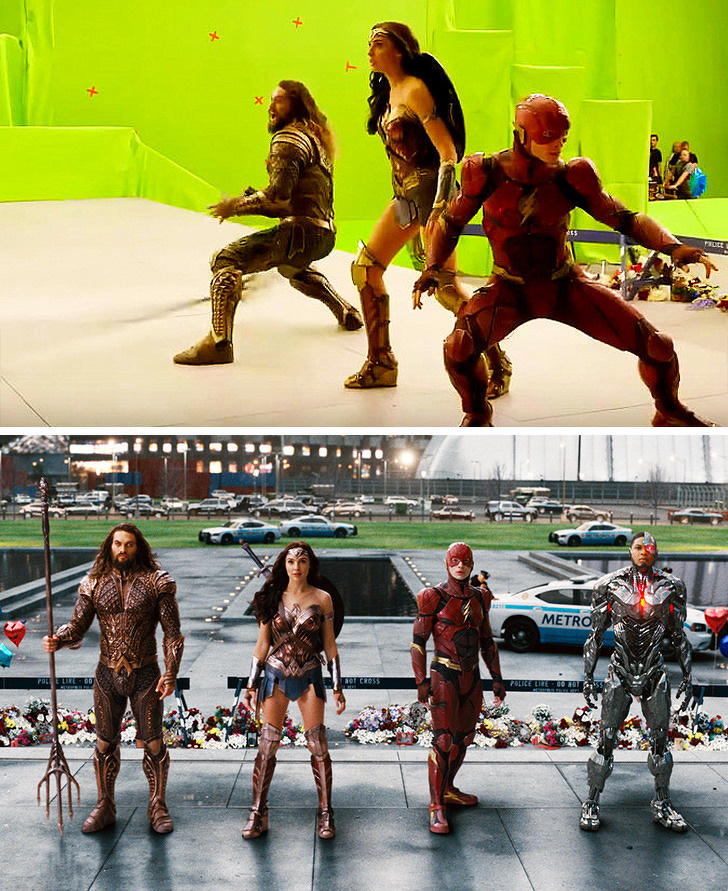 8. A lot of hard work went into preparing Ironman for the shoot. But, you know that your hard work will be done justice to when Robert Downey Jr is in the role. 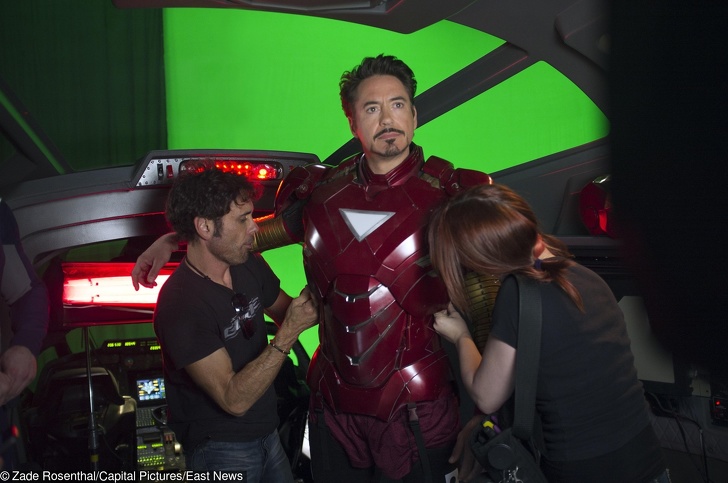 9. This is how the Iron Walls in Game of Thrones were made. doesn’t look as scary as it looked on the screen though! 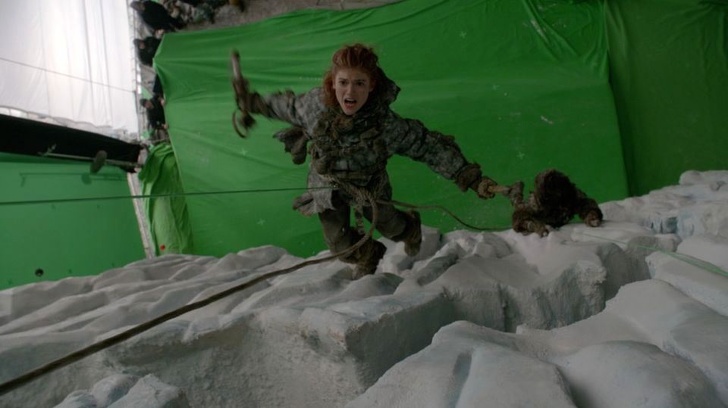 10. Trust me, half of the time the locations are filled in using visual effects, it isn’t really possible to shoot all the scenes ar real locations! 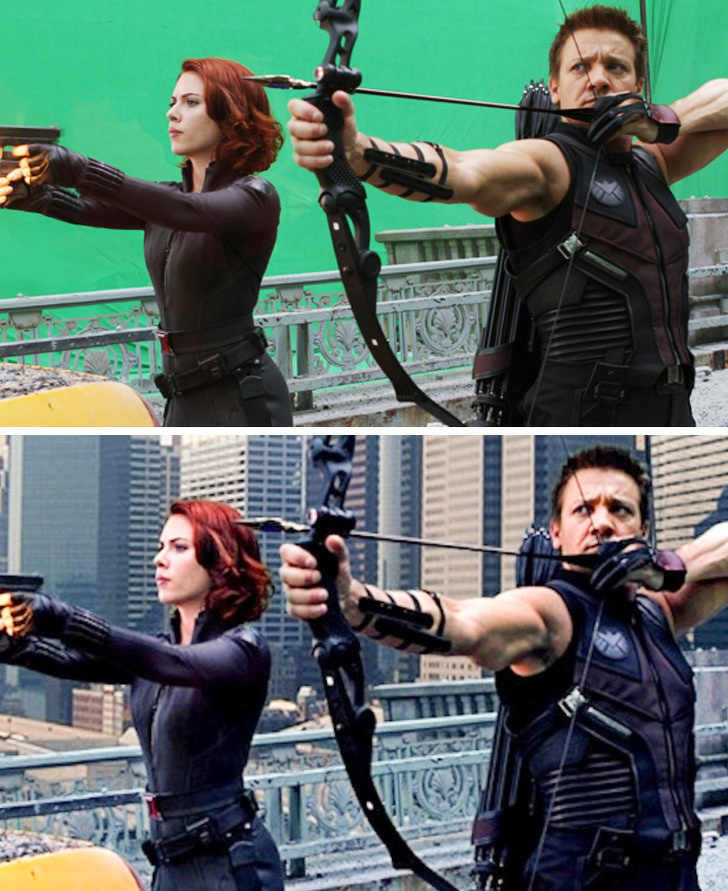 11. These Aquaman stunt doubles look so similar to the characters, it looks unreal. 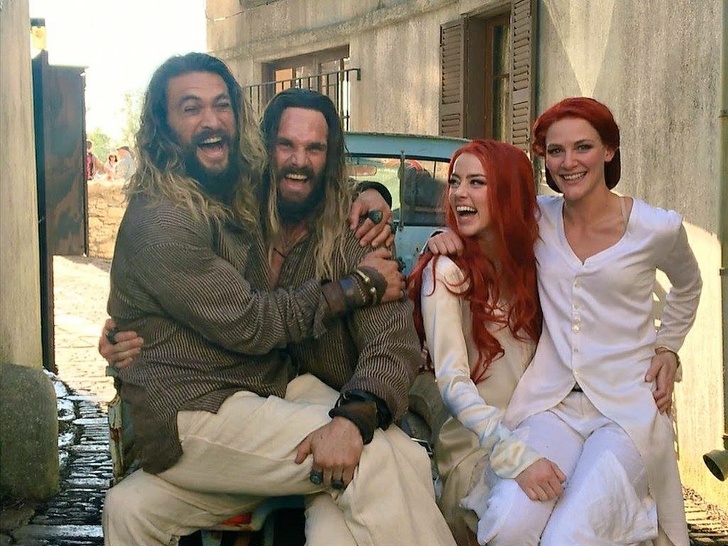 12. This is how Maleficent was given her wings, looked spectacular though. 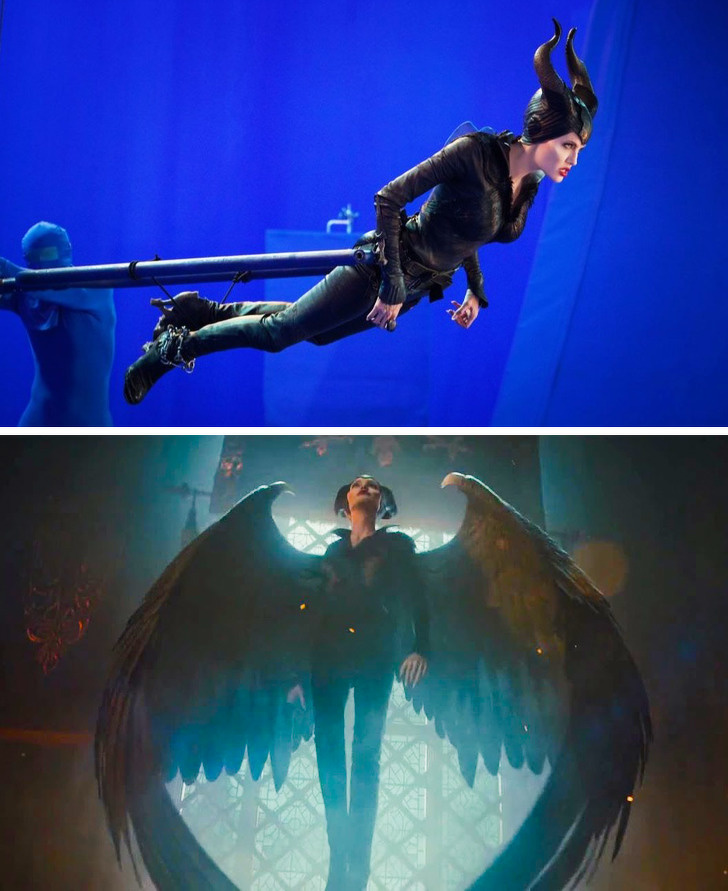 Outrageous Outfits Of Lady Gaga That Proves That The Mother Monster...