Sarcasm.co
Home Art & Design Single Dad Illustrates What It’s Like To Raise A Child From Comics

Raising a child is really hard no matter how good the child is. Both the parents have to put in all the times of their lives to make sure their kid grows in a healthy life and a good personality. Both parents are never enough for a child but there are some really hard situations when only one parent has to look after the child and take care of its needs. It’s really hard when it’s the dad who has to do it, because of their zero liability towards domestic responsibilities and the love a mother can provide. There’s this guy named Lan Shengjie who is quite living this life and is a comic artist who goes by the name ‘mansoblue’ on the internet.

Below are some of his comics that depict what it’s like to raise a child: 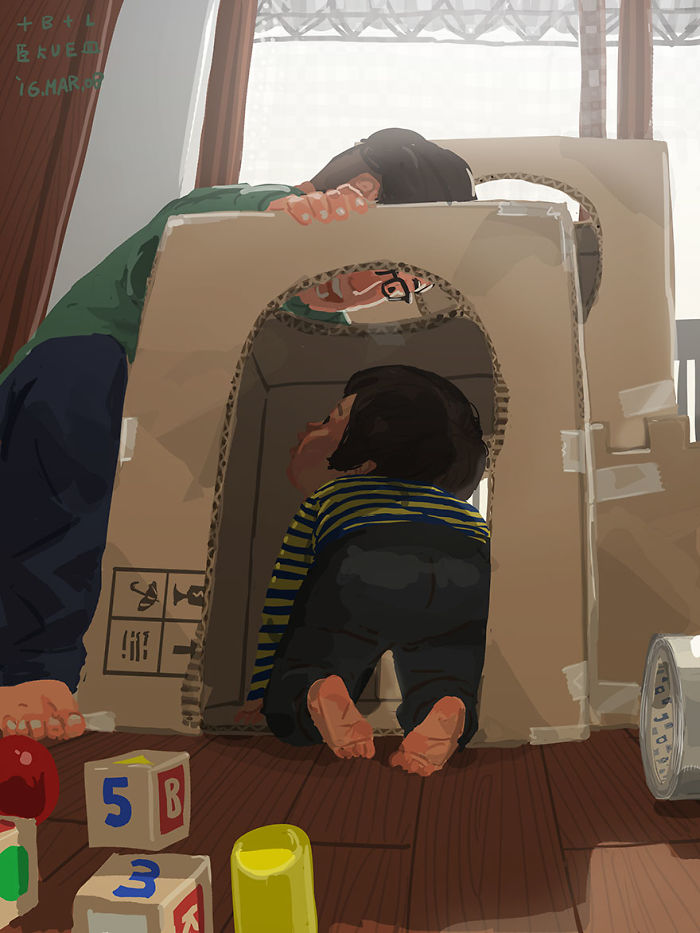 Since he’s a comic artist, he prefers to take the photos in a different way, i.e. via comics.

He is working as a freelance artist since 1999. 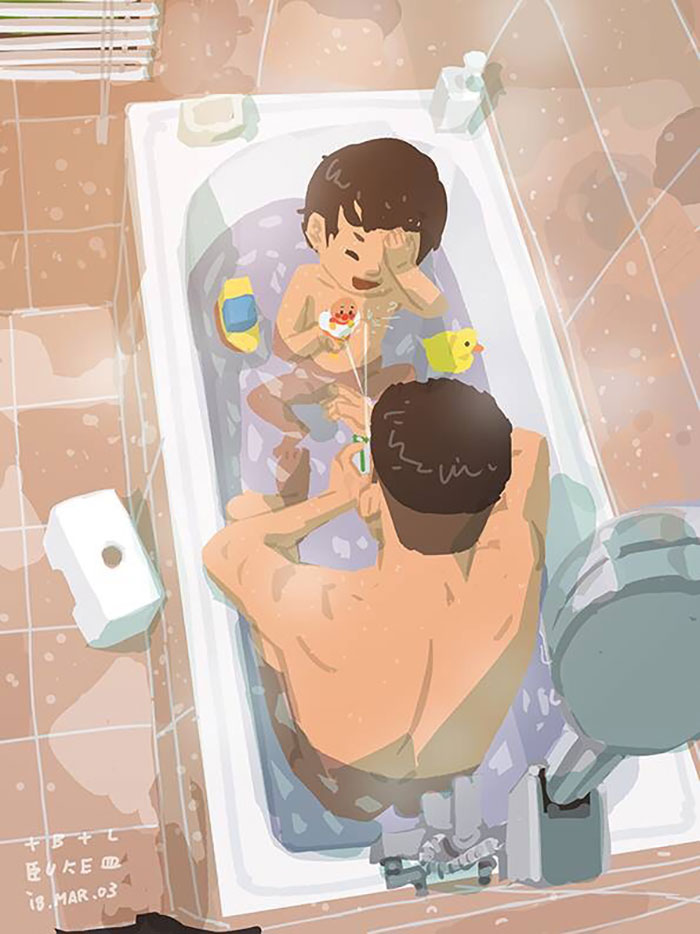 And he loves his job, that we’re sure about.

He says he doesn’t want his child to be a hooligan. 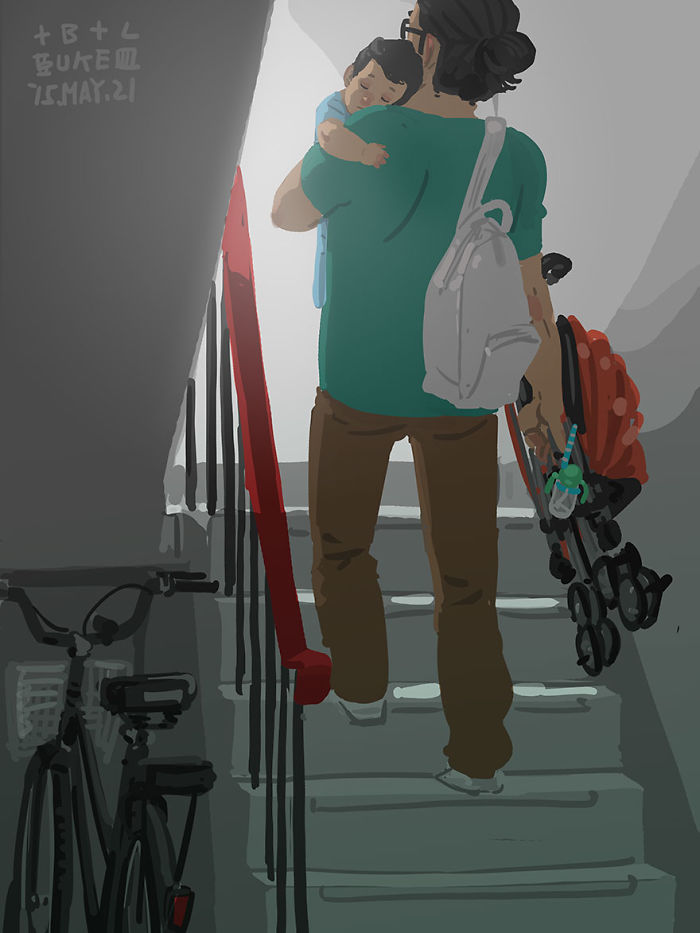 No parent would want that for their child after all.

Lan also wants his kid to grow in a healthy and safe environment. 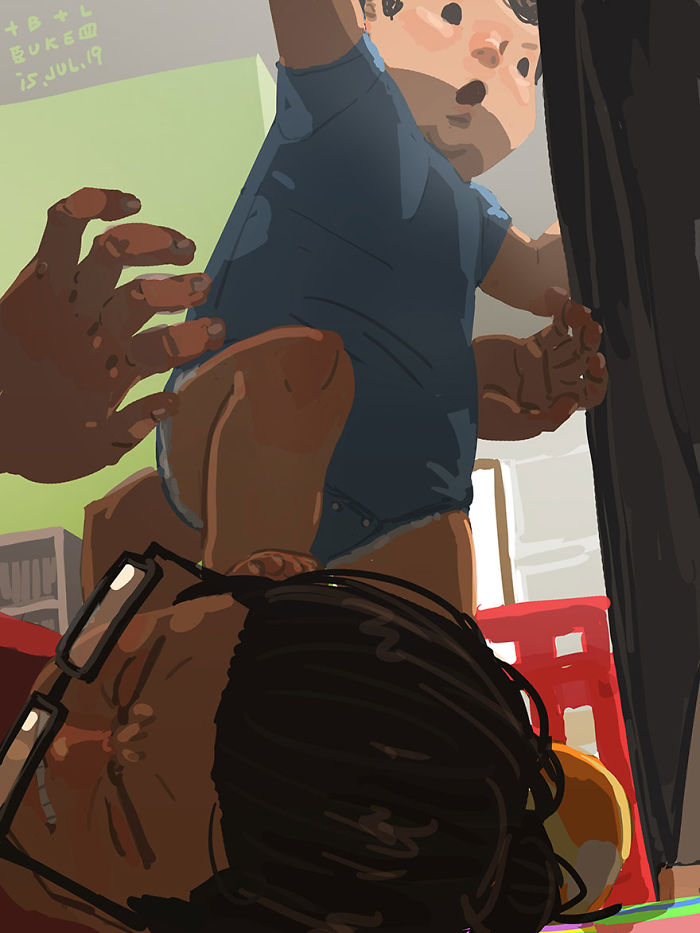 And that he never has to face any hardships in life.

His art is really cool. 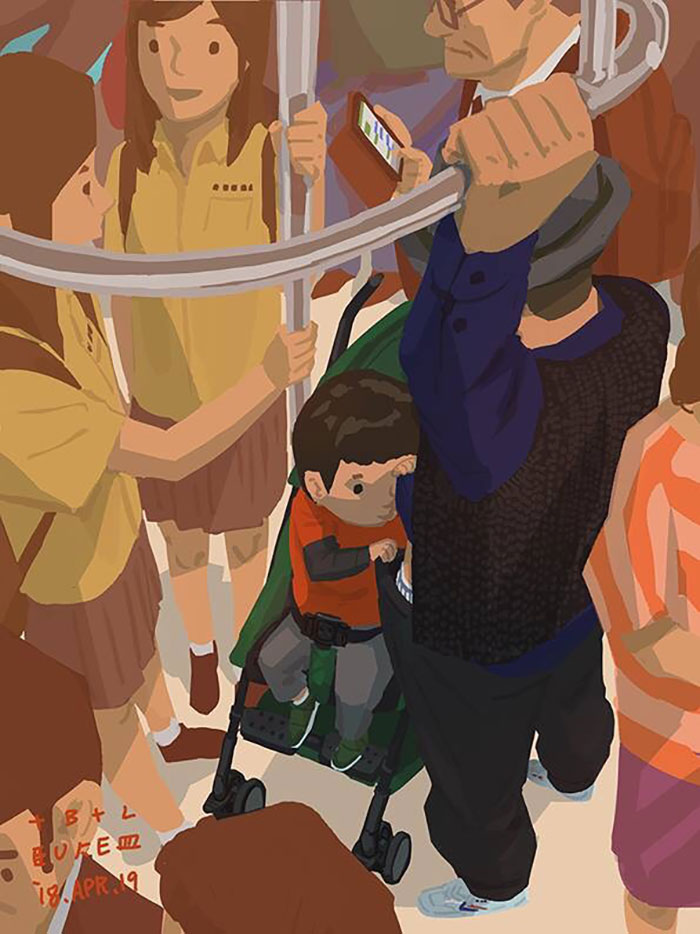 What he makes is actually the father-son moments they both have.

They have to go through everything. 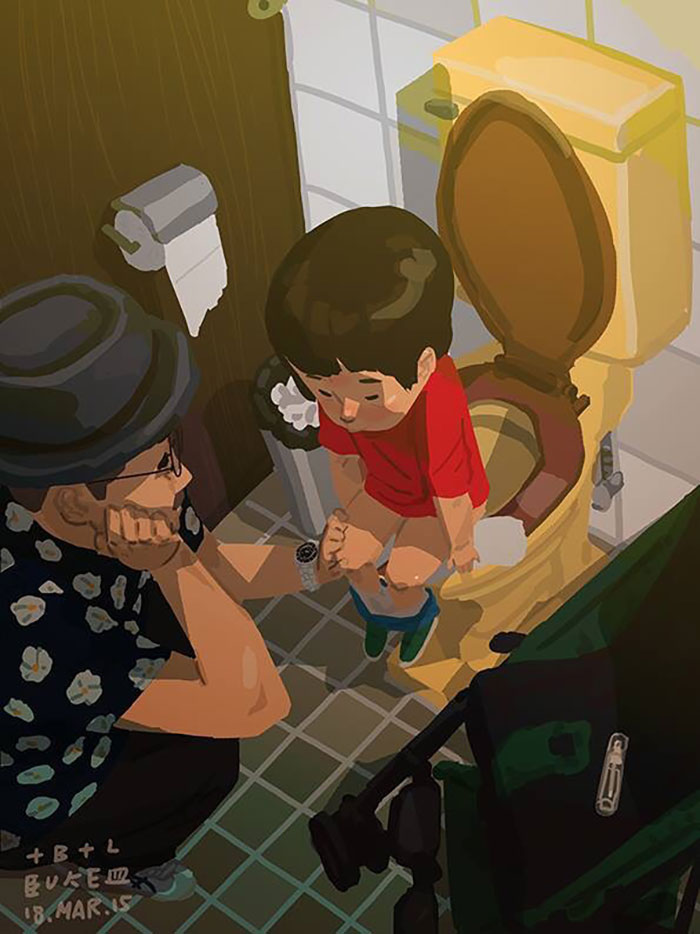 Like even being with their kids when they take a dump. 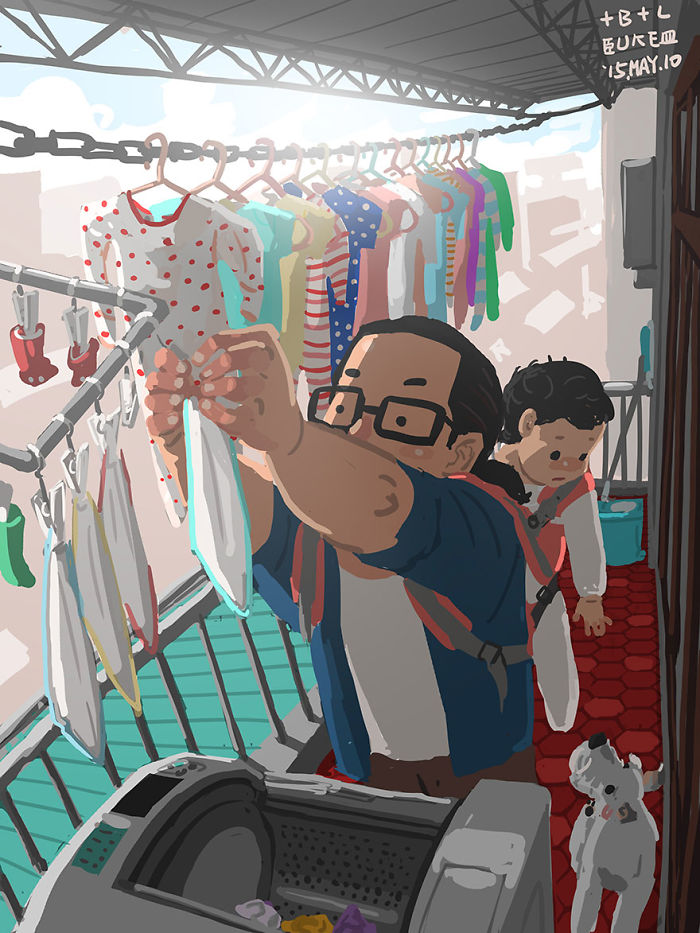 Kids take over your mind. 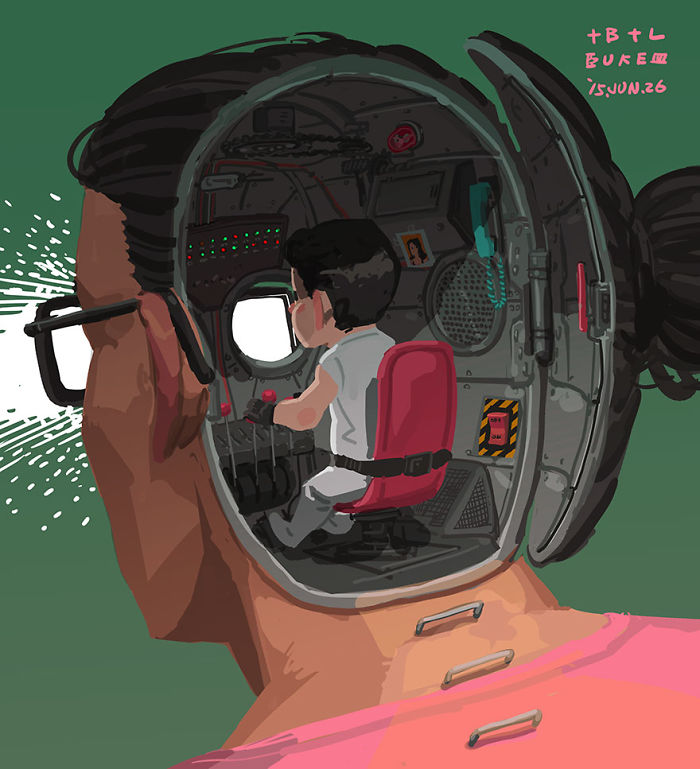 Everything you do makes you think about them as if they’re running you.

Saving your baby from rain. 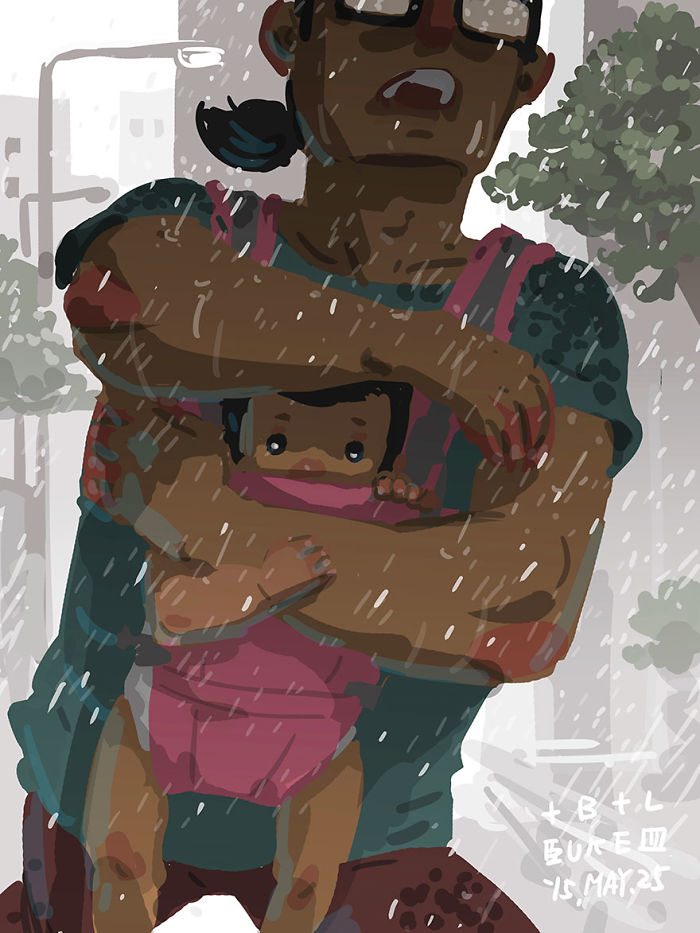 Rains are amazing, but when you have a kid with you that can fell sick, you definitely don’t want him to get a single drop of water. 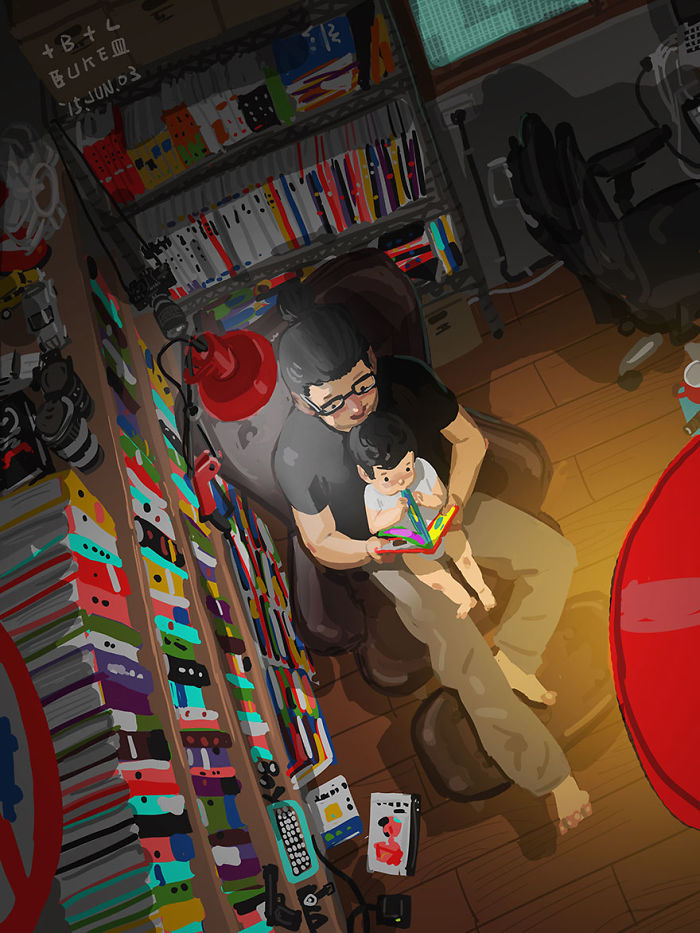 By staying up at night and reading them stories so they fall asleep. 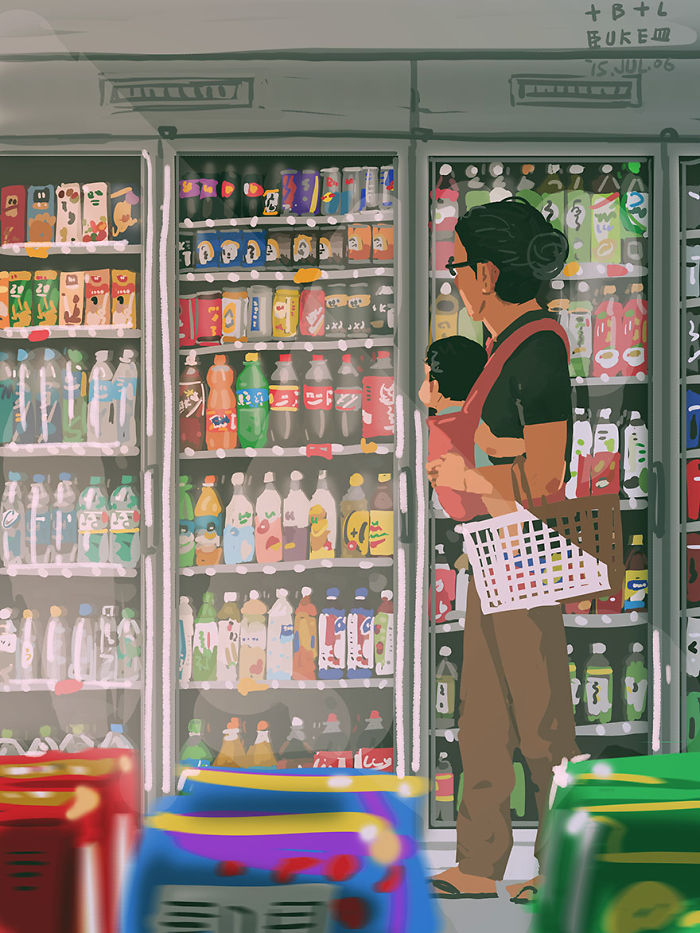 When you’re both people interested in more fast food and cold drinks than healthy stuff.

What are you doing kid! 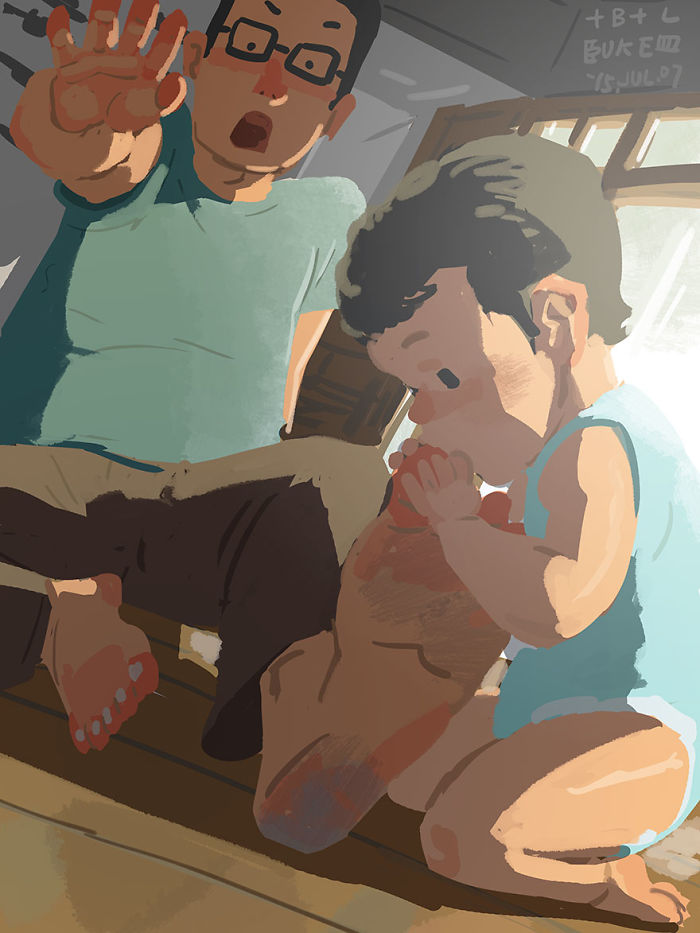 Every kid does this, from a cute little thing playing you suddenly see a monster who wants to eat you raw.

These Illustrations On Daily Life Situations Are Relatable As Hell

Someone Imagined Your Favourite Disney Characters As Humans And The Results...