Sarcasm.co
Home WTF These Viral Pictures That People Believed To Be True Are Actually Fake!

In this era of modern technology and the internet, nothing escapes the sight. People will find out even the tiniest bit of news that can go viral and will upload it without fail. But, sometimes, people post something that has never been or will never be just to garner some likes on the internet. Well, the majority of the people often tend to fall for these fake viral pictures which gather more publicity with each share, like, and comment.

Did you believe these viral pictures to be true? Well, sad to break it to you that they are 100% FAKE!

1. We all were absolutely smitten with this picture. Well, it turns out that it was a fake. Two pictures photoshopped and combined to look like one. Might have been quite a scene if it was real. 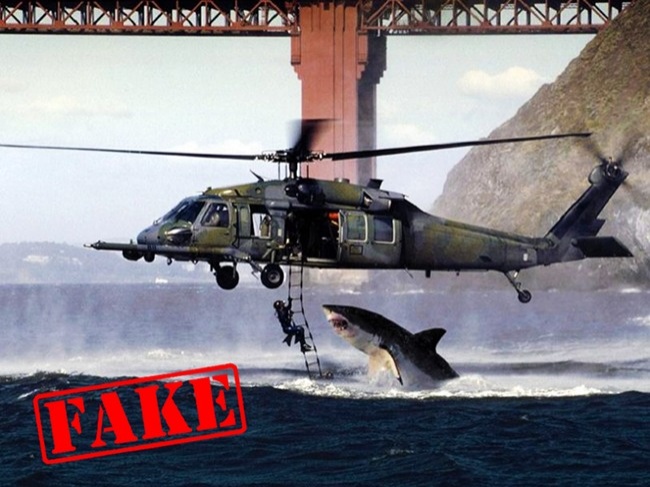 2. This has been going around for quite a while now, and people were actually defaming MGM for torturing the lion for there brand logo, well, here’s the true picture. The tiger was getting a CAT scan done because he was gravely ill. 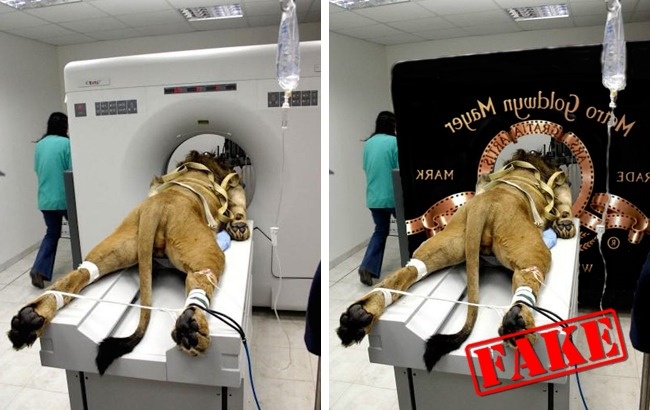 3. We all believe this to be true, didn’t we? It wasn’t, like all fake pictures two entirely different pictures were combined to look like one. 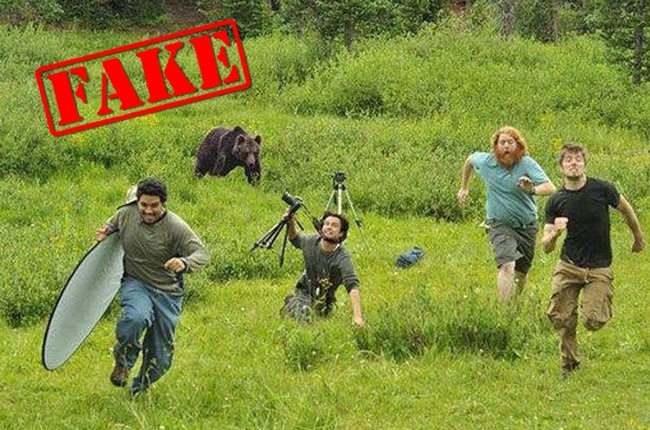 4. Okay, honestly just tell me this, have you ever seen a dog who is as big as a horse. And on top of that, it’s a pit bull, like Jesus, give your speculations some rest! 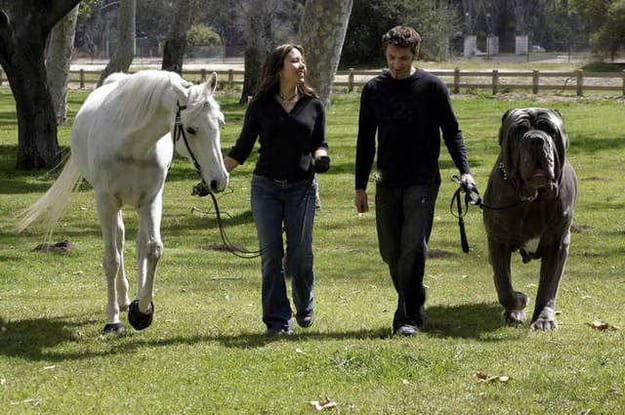 5. Castle on The Rock, well, would’ve have been magnificent. But, it is all but fake folks. 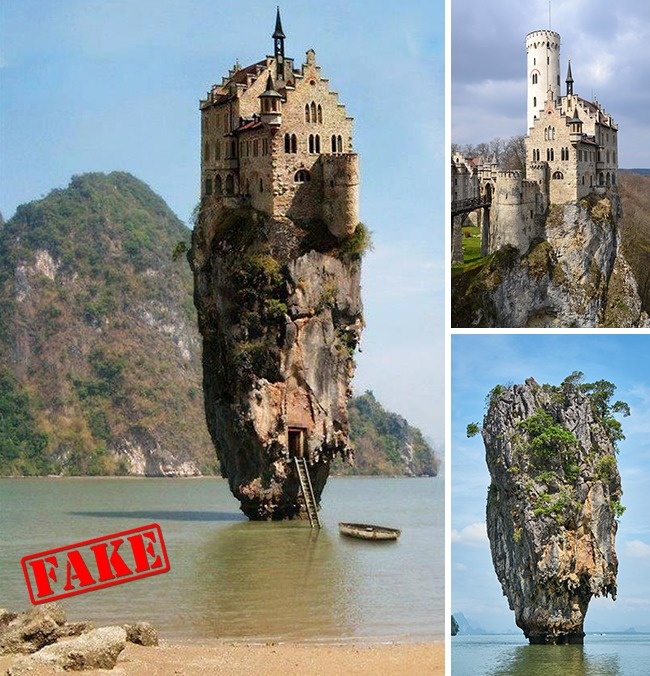 6. Eat this watermelon and you’ll DIE. Would’ve taken the risk only if it really existed, sadly, it doesn’t. 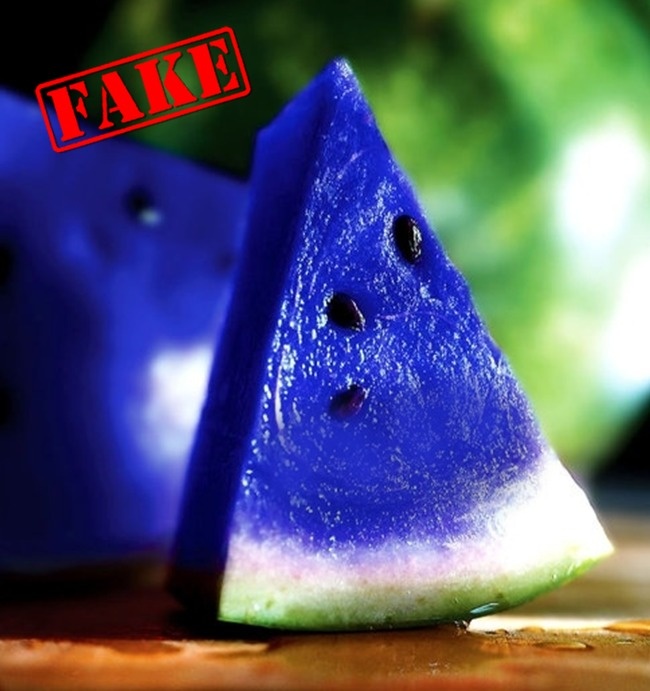 7. Fancy a Nazi Candy? Honestly, some people will go to lengths to gain credit and popularity, add this to the list of fake pictures. 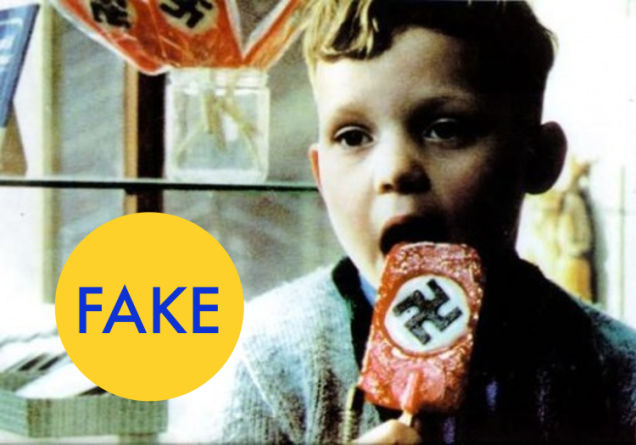 8. Girls wearing shorts caused severe accidents back in the days? Nice theory, doesn’t work practically. The car has been photoshopped in the picture. 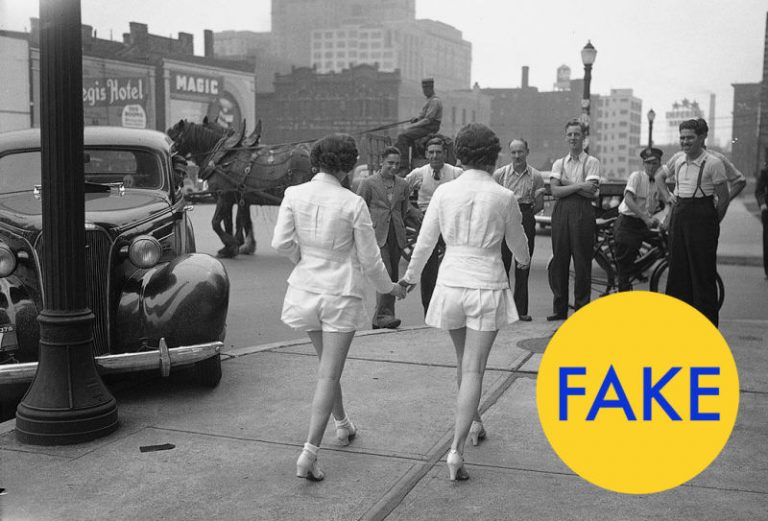 9. The Black Beast looks remarkable, isn’t real at all. 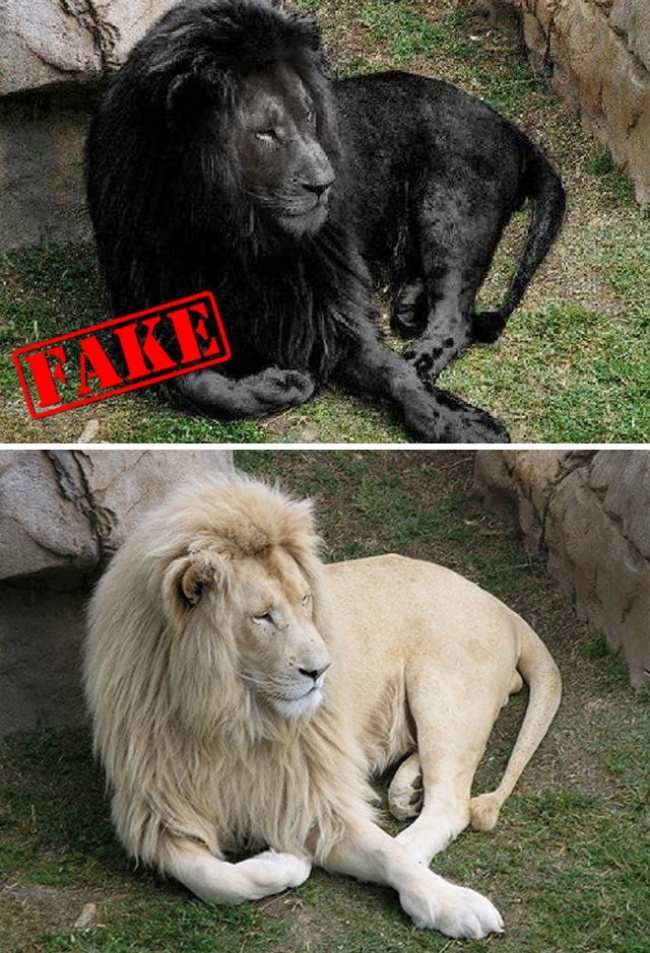 10. I’m sure this has popped up on your timeline one of these days. No mate, this is the real picture. And cmon, speak sense, how can somebody take a selfie while being probably 18,000 ft above the ground!

11. As much as people laughed watching and sharing this picture, it was a fake. He was holding the book upright like we’re supposed to. 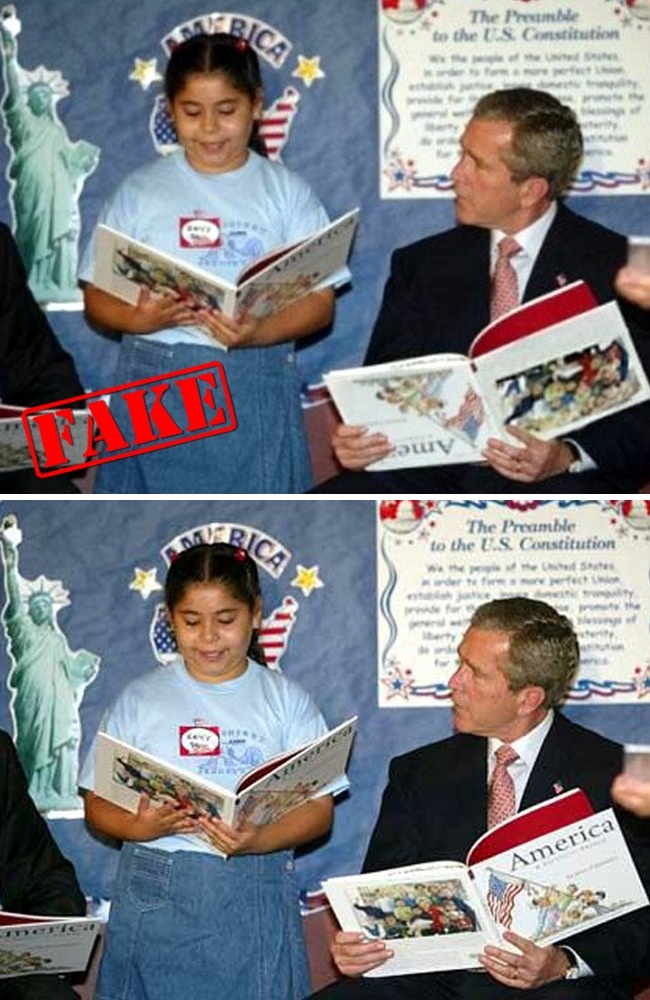 12. Solar Eclipse from the International Space Station? Nope, not true. 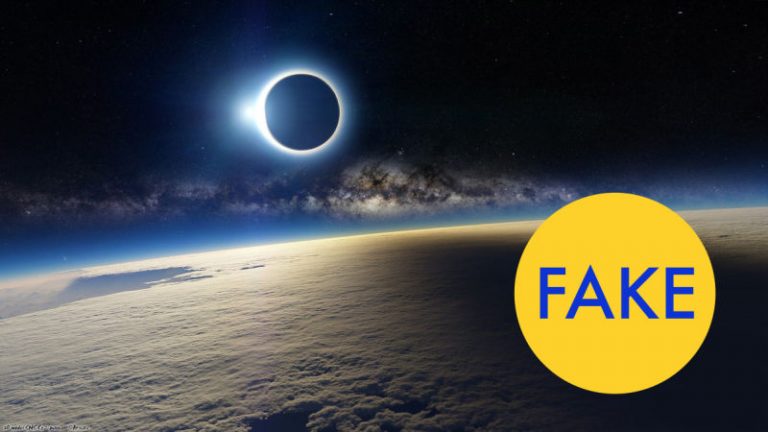 13. Einstein had a merry day while the Vietnamese army tested their bombs? Question is, was he actually there? Nope. 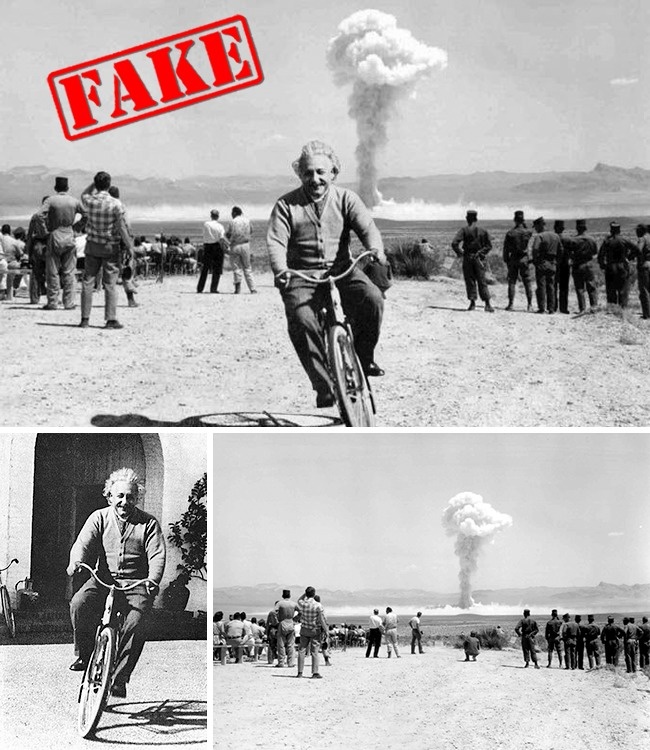 14. A selfie before death. The question, how did this picture end up online then? Did the cameraman jump off the building using his Spidey web? 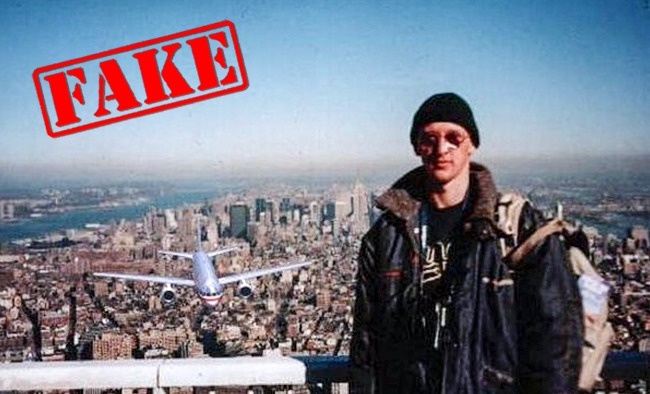 read also: The Amazing Transformations Of These Celebrities Will Blow Your Mind

11 Deadly Parasitic Infections That Will Creep The Hell Out Of...

Crazy Girlfriend Texts A Picture Of Her Half Shaved Head To...